The city of Terni is located in southern Umbria almost to the Lazio border. From Roman ruins to exquisite waterfalls, the entire province of Terni is well worth a visit. Best of all, it’s almost never overcrowded with tourists! Known as both the “City of Steel” and the “City of Lovers”, here is a simple guide on what to see when you visit.

Our tour begins with Terni’s ancient Roman past by visiting its amphitheater that is still clearly visible. Some of the original walls are still intact while other portions distinctly show the additions that were made during the centuries that followed.

Much of Terni was badly damaged during World War II because it was an important industrial city responsible for steel manufacturing making it a prime target.

Terni’s Santa Maria Assunta Cathedral, also known as the Duomo, was built upon an early Romanesque church. Most of what we see today was done between the 15th and 16th centuries. Inside, you’ll find a magnificent organ that is thought to be the design of the great Gian Lorenzo Bernini.

Another must-see church is that of San Salvatore. Also considered Romanesque with later additions, San Salvatore’s origins actually date to Roman times. Excavations have uncovered a Roman Domus and other important artifacts. The interior is beautifully frescoed.

If you were wondering why Terni is also known as the “City of Lovers”, it is because it is the birthplace of Saint Valentine. Born in Terni in the year 226 AD, Valentine was martyred at the age of just 42 along the Roman road, Via Flaminia. It is said that his body was returned to Terni and buried at the site of where the St. Valentine Basilica now stands. (The saint’s relics are no longer here, however.) The facade as we see it today was actually completed in the mid-1800s.

The ancient Roman site of Carsulae is another must and is located just a few kilometers outside of Terni’s historic center. Excavations show that this ancient city dates to the 3rd century BC and likely thrived until the 5th century AD. Tickets are available online on the official website.

The Latin name for Terni was Interamna meaning “between two rivers” and makes reference to the Nera river and the Serra stream. 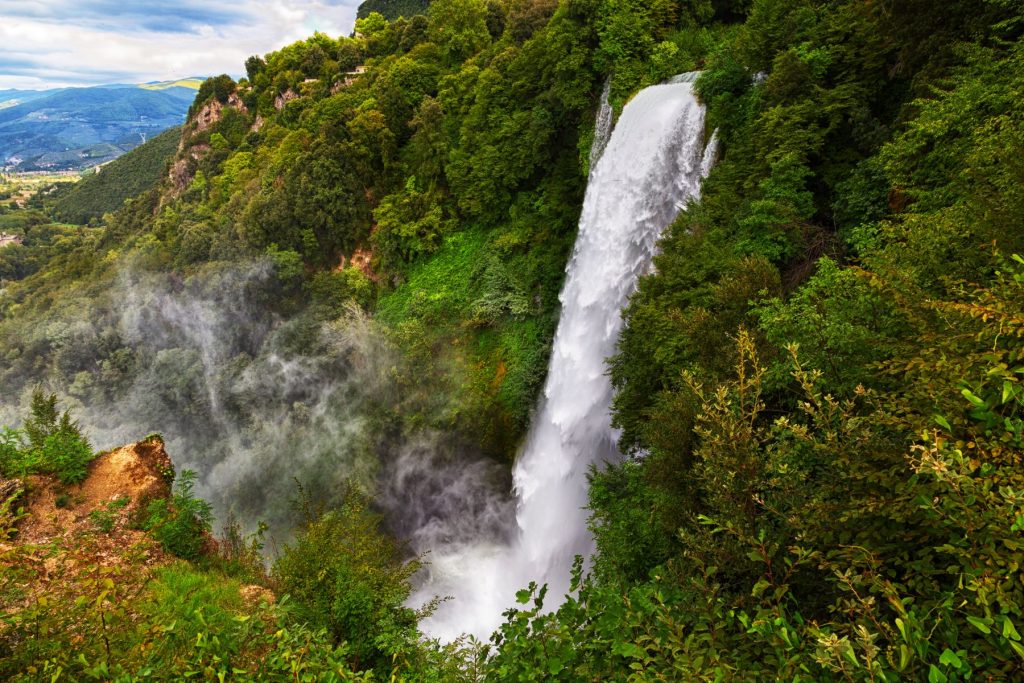 Marmore Falls (Cascate delle Marmore) are some of the most beautiful in all of Italy and hold the record of being the tallest manmade falls in the entire world. Although not natural, their 165-meter drop into the Nera river is nothing short of spectacular. To think that the falls were yet another work of Roman engineering genius in the 3rd century is mind-boggling. Even today, its force is still used to generate hydroelectric power. Located within the Parco Fluviale del Nera, it is a favorite spot for rafting, trekking as well as horseback riding, especially in the summer months.

The natural lake of Piediluco is just 15 km from Terni. The tiny town of fewer than 600 people overlooks the lake. Make sure to visit the beautiful church of Saint Francis erected in 1338 in honor of the saint’s visit to the town. Today, Piediluco is on the route known as St. Francis’ Way. 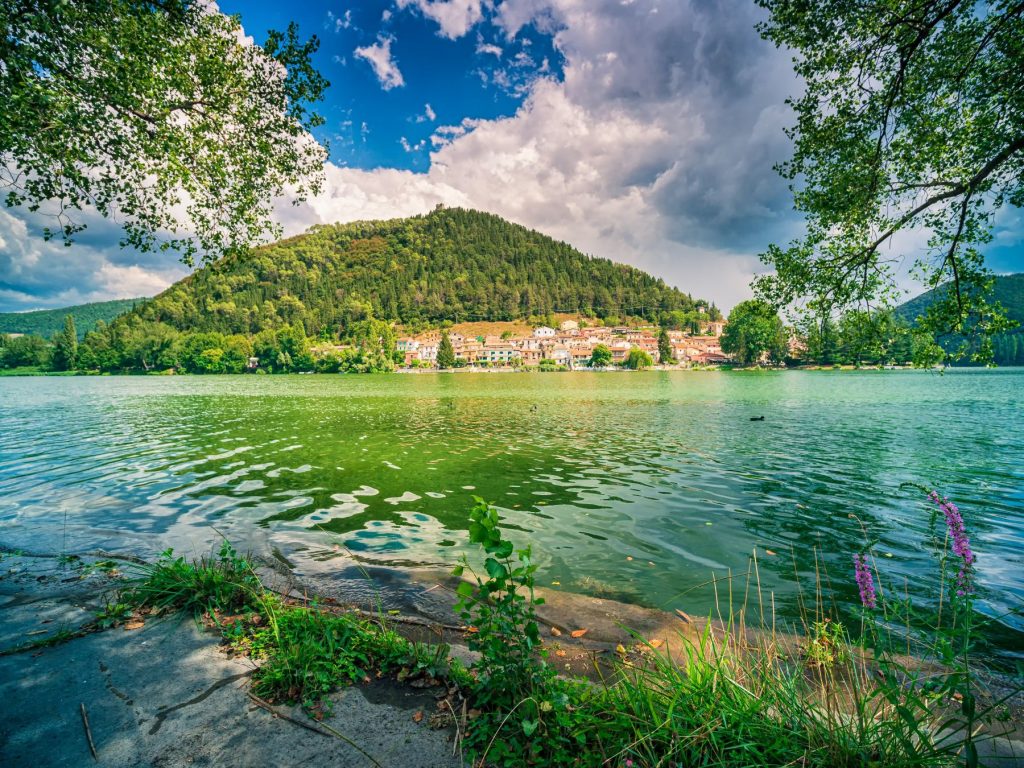 A magnificent fortress (Albornoziana) dates to the mid-1300s which provides a fantastic view of the lake, surrounding valley, and mountains. Year-round, Piediluco is the training location for the Olympic rowing team and in the summer months, visitors can enjoy canoeing, kayaking, windsurfing, fishing, and sailing.