1000 Miglia- “The Most Beautiful Race in the World”

The title of “The Most Beautiful Race in the World” is, in the case of the Mille Miglia (thousand miles), no exaggeration. 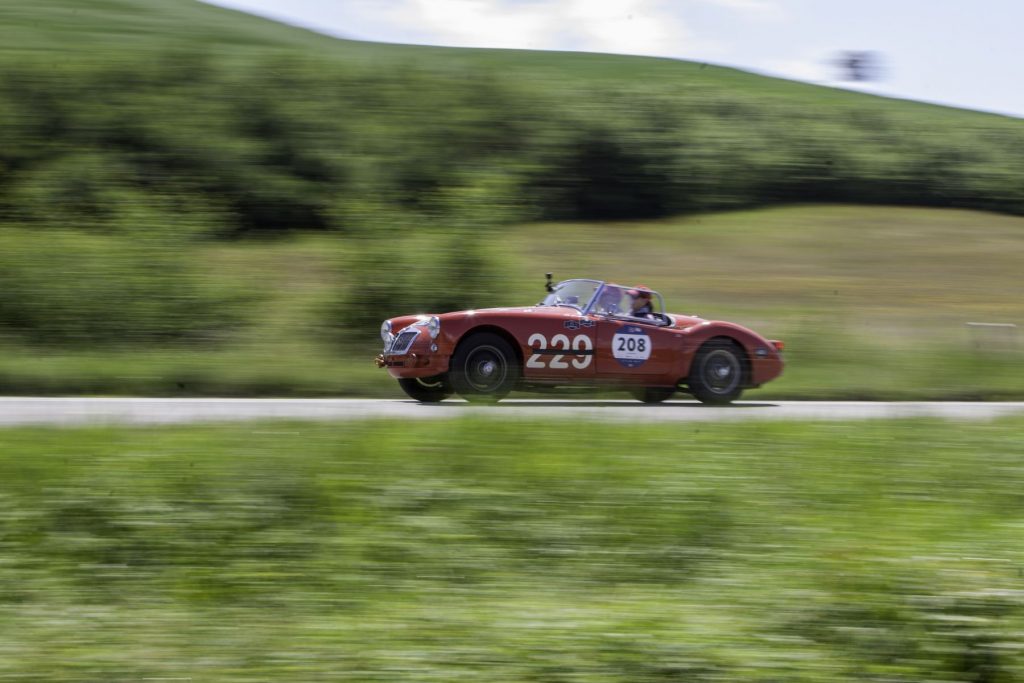 If you can indulge yourself for just a few moments and imagine that you’ve been plopped down into the luscious green hills of Tuscany on a sun-kissed spring day. You stand at the side of a windy road. There are small children playing near you, another family has set up a picnic with a red-checkered tablecloth and a bottle of Chianti, others hold signs and Italian flags. Everyone is in a joyful mood and waiting with excited anticipation. 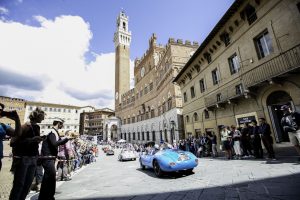 While you’re taking in this Italian wonderland (and almost in disbelief that it is in fact, exactly how you had imagined it), you begin to hear a faint sound in the distance. At first, it almost sounds like insects swarming. The breeze picks up and the sound begins to be more distinct. It can be none other than the rombo, the roar, of some of the most fantastic automobile engines ever created. Leading the convoy is the Ferrari Tribute which includes more modern Ferraris than most people will see in their lifetime and followed by a steady stream of some of the most beautiful classic cars on the planet. The entertainment goes on for miles as you and your new friends in the crowd comment and cheer and “ooh” and “aah” at each passing car. 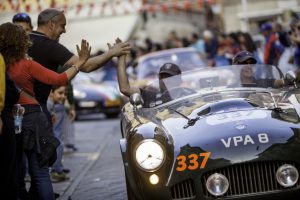 The 37th edition will depart from Brescia on May 15, 2019, and will wind, climb, and zigzag its way through some of the most beautiful countryside and historic city centers known to man. Each of the four days of the race has a specific route and timetable with scheduled stops which allow for multiple opportunities for those who want to sit on the sidelines and watch. It will make its way through cities like Sirmione, Valeggio sul Mincio (Sigurtà Garden Park), Senigallia, Assisi, Roma, Siena, Vinci, Montecatini, Bologna, Reggio Emilia, Parma, and many more. On May 18th, the Mille Miglia will return to its starting point of Brescia.

The detailed route, history, and a beautiful photo gallery can be seen on the official website of the event.

Whether you’re a car enthusiast, an adrenaline fiend, or neither, has no relevance. The Mille Miglia will leave a permanent impression on you that will have you wanting more each and every year.