The central Abruzzo region offers some of the most fantastic scenery in all of Italy especially within the Gran Sasso and Monti della Laga National Park (that’s one place, by the way). In this guide, we’ll focus on the five rivers within the park including the:

The Aterno begins in the Monti della Laga (hence the name of the park) mountain range between the Lazio and Abruzzo border. It flows all the way through the region with its mouth in Pescara on the Adriatic Sea. Right along the park’s outer edge lies the town of Capitignano where the Aterno is exceptionally marshy with a rare species of river shrimp.

There is also a hiking route that begins in the city of Aquila at the famous fountain of the 99 water spouts, Fontana delle 99 cannelle, and follows the Aterno for a total of 57 km looping back to its starting point. Along the way, you’ll visit the ancient Sabine tribe archaeological area of Amiternum which dates to the 3rd century BC. 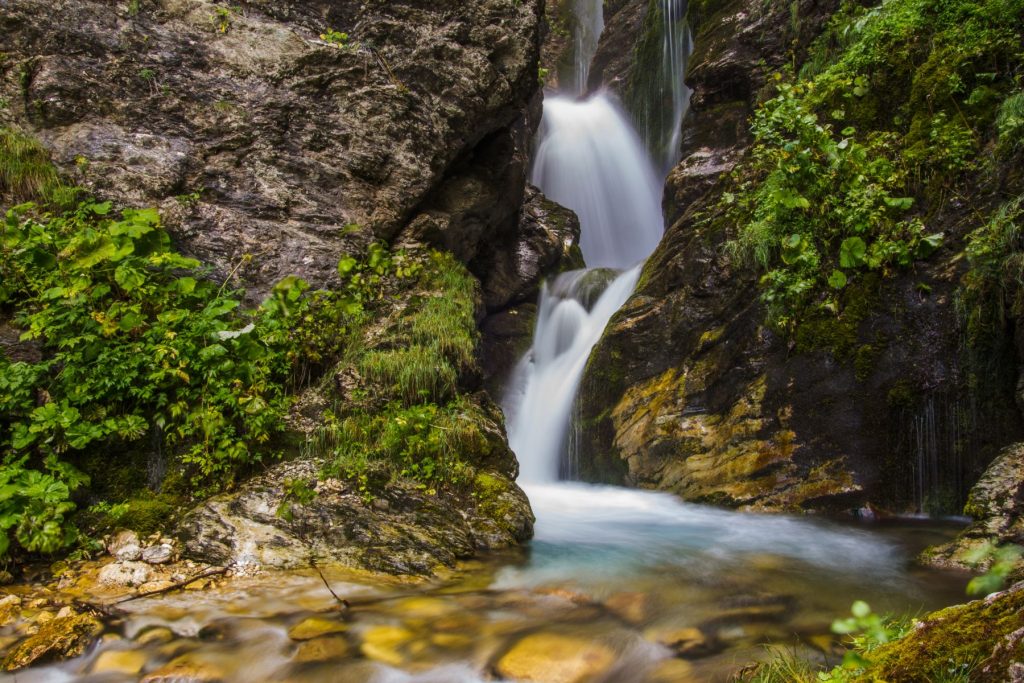 The Vomano flows from the Gran Sasso for about 80 km until it reaches the seaside town of Roseto degli Abruzzi. From the Pietracamela (Prati di Tivo), you can reach the Rio Arno waterfall which empties into the Vomano. Crashing down from 30 meters high, these falls are magnificent.

From Greek for “three”, the Tirino, in fact, has three sources: Capodacqua, Lake Capestrano, and Presciano. This river puts out a massive 6,000 liters of water per second every month of the year and stays at a constant temperature of just 11 degrees celsius! Widely considered the purest river in all of Europe, the Tirino is perfect for a canoe ride or fishing for trout. Its colors range from turquoise to deep greens and blues depending on the sunlight. 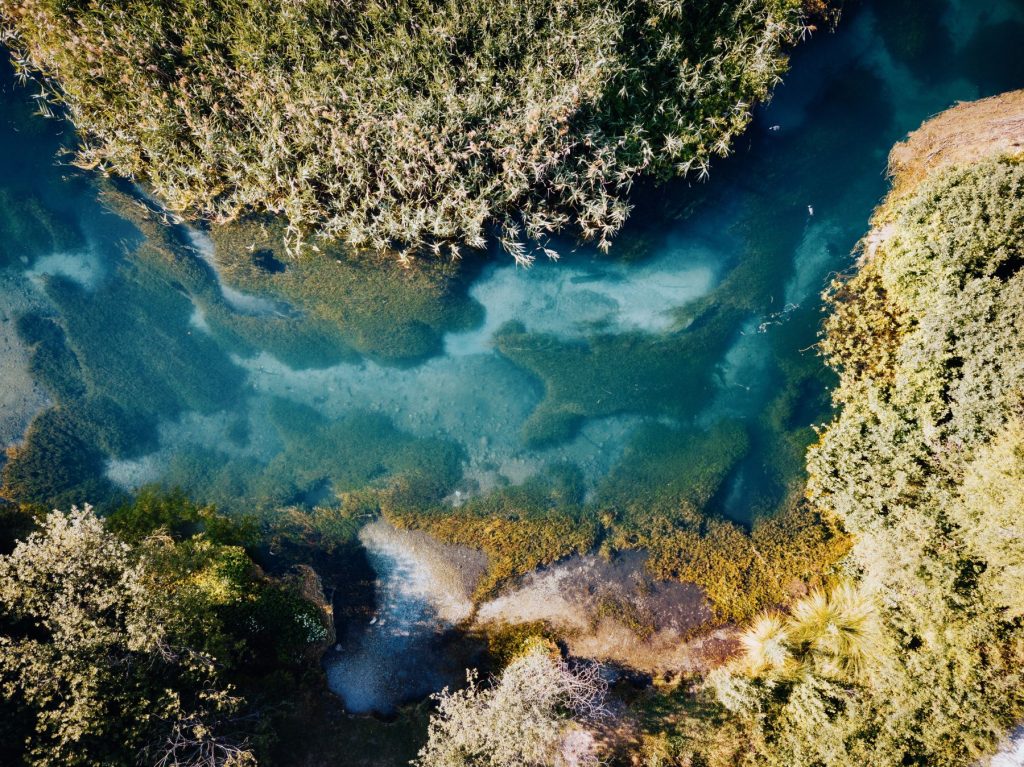 One suggested trekking route begins in Camping San Martino along the state route 153 and Bussi sul Tirino. In just 2 hours’ time, you’ll be able to enjoy some of the most beautiful sections of the Tirino.

The Tordino River flows from an altitude of about 2,400 meters in the Laga mountains all the way to Pescara. Within the national park, there are two spectacular waterfalls along its course: Fiumata and Tordino.

One option for viewing both of the falls is the rather rigorous hike along route number 23 from Padula (near Cortino in the Teramo province) to the Fiumata refuge.

The Mavone is a tributary of the Vomano River mentioned earlier. At Isola del Gran Sasso, on the park’s eastern border, the Mavone is joined by the Ruzzo river where the Ruzzo falls are located. There are also trekking routes along this river that include abbeys such as Casale San Nicola.

The Tronto River flows through the provinces of Accumoli and Amatrice in the Lazio portion of the park. This long river flows over sedimentary rock like sandstone and travertine creating natural springs such as those in Acquasanta Terme.

Remember to visit the park’s official website before planning your trip for specific itineraries and closures.

Post Views: 422
Redattore
The Hilltop Village of Montecarlo in the Lucca Province
The Matterhorn’s Magnificent Blue Lake in Aosta Valley