The Alpine Village of Cogne in Italy’s Aosta Valley

In Italy’s Aosta Valley and just miles from the French border lies the lovely town of Cogne. This Alpine village is delightful year-round and more and more visitors are enjoying its climate in the late spring and summertime. 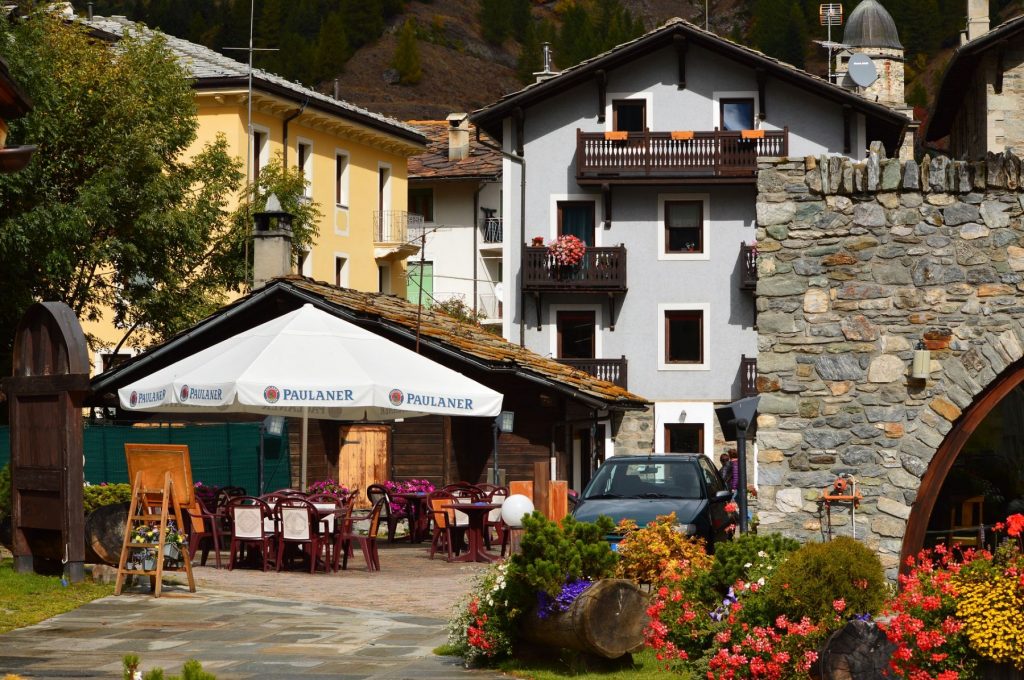 Cogne: In the Heart of the Gran Paradiso National Park

Cogne is actually located within the Gran Paradiso National Park which is shared between the Aosta Valley and Piedmont regions. Of all the possibilities within the park itself, many visitors feel that the Cogne Valley offers the best experience. The park’s visitor center is located here.

With under 1,500 residents and its classic wooden and stone mountain chalets, Cogne’s atmosphere in any season is welcoming and will make you feel at home. The official language is both French and Italian.

The Gran Paradiso massif with an altitude of over 4,000 meters (13,000 feet), is the backdrop from any vantage point. 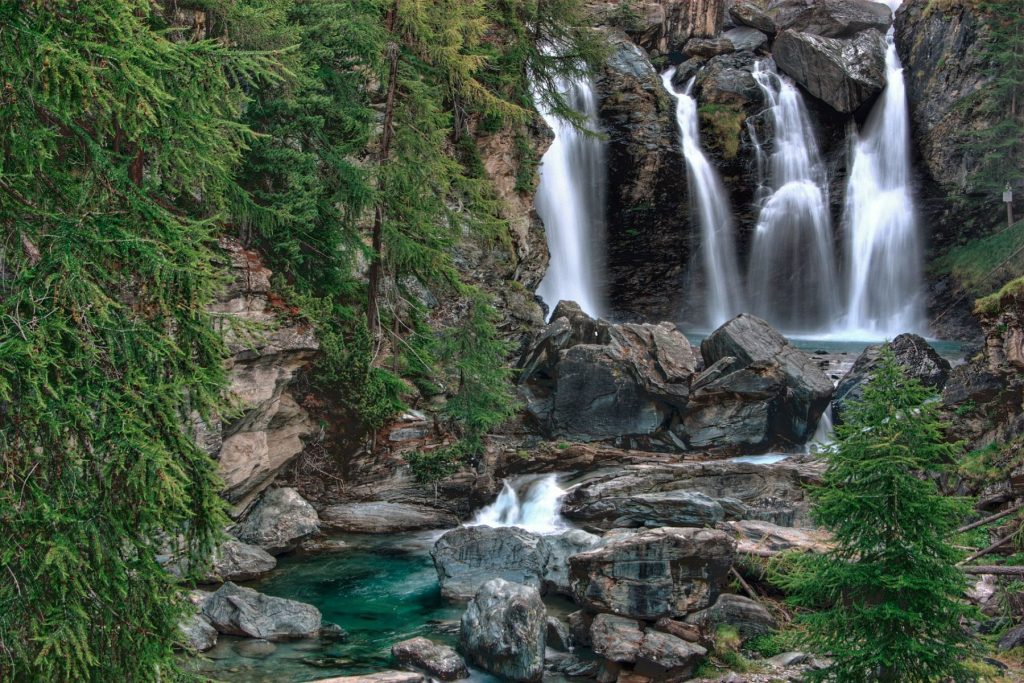 Trekking, mountain biking, and horseback riding trails abound and there is a path regardless of your age or fitness level. One of the most popular routes takes visitors from Cogne to the famous Lillaz waterfalls carved by the Urtier torrent, less than 5 km away. If you’re willing to climb to almost 1,800 meters, you’ll be able to see the highest point of the falls, and the most spectacular.

Sant’Orso meadow is a vast green pasture in Cogne totaling 50 hectares. Sometimes referred to as the “green sea”, Sant’Orso also has a walking path that is 2 km long and similar to Italy’s famous promenades along the sea. In the summer months, it is the perfect place to picnic, fly a kite, and soak up the Alpine sun while watching the local farmers gather hay. In the wintertime, the meadow is the site of Nordic skiing competitions. 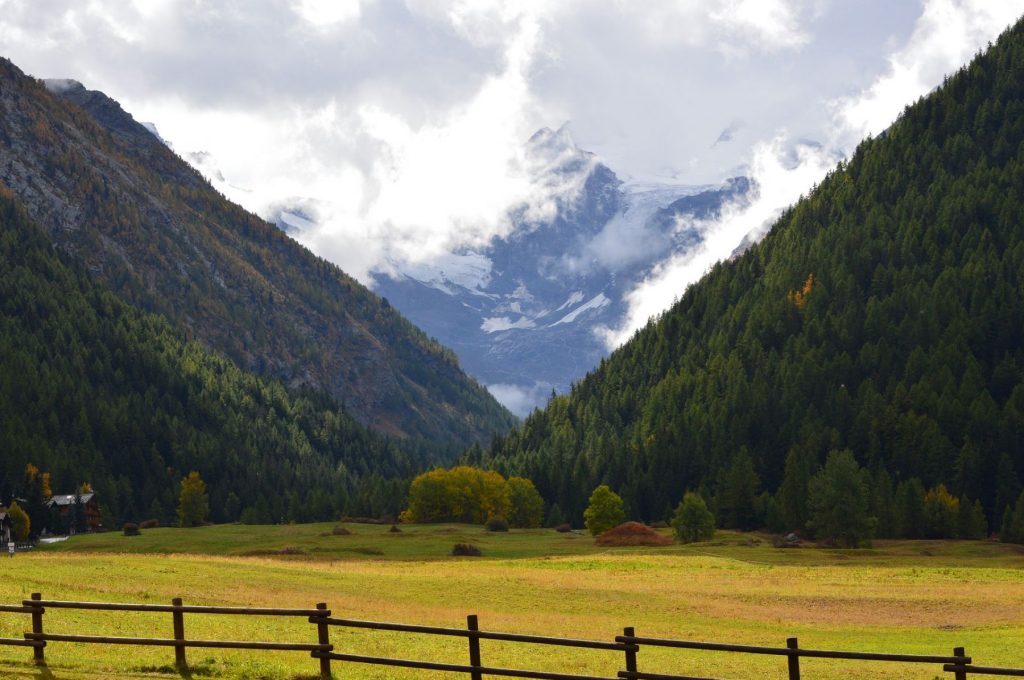 It’s impossible not to be intrigued by Cogne’s Alpine culture, especially its food and music. A folklore musical group known as Lou Tintamaro was formed in the 1950s to preserve the traditional song, costume, and dance of Cogne. Many events throughout the year include both the adult group as well as children as young as 6 years old.

Bobbin lace (Les Dentellières de Cogne) is a tradition that goes back over 400 years. The art began when a group of Benedectine nuns was forced to flee their monastery in Cluny, France, and settle in Aosta. They passed down their art to the local women and today, there are still about 40 local women who continue to produce lace using the exact same method that is centuries old. 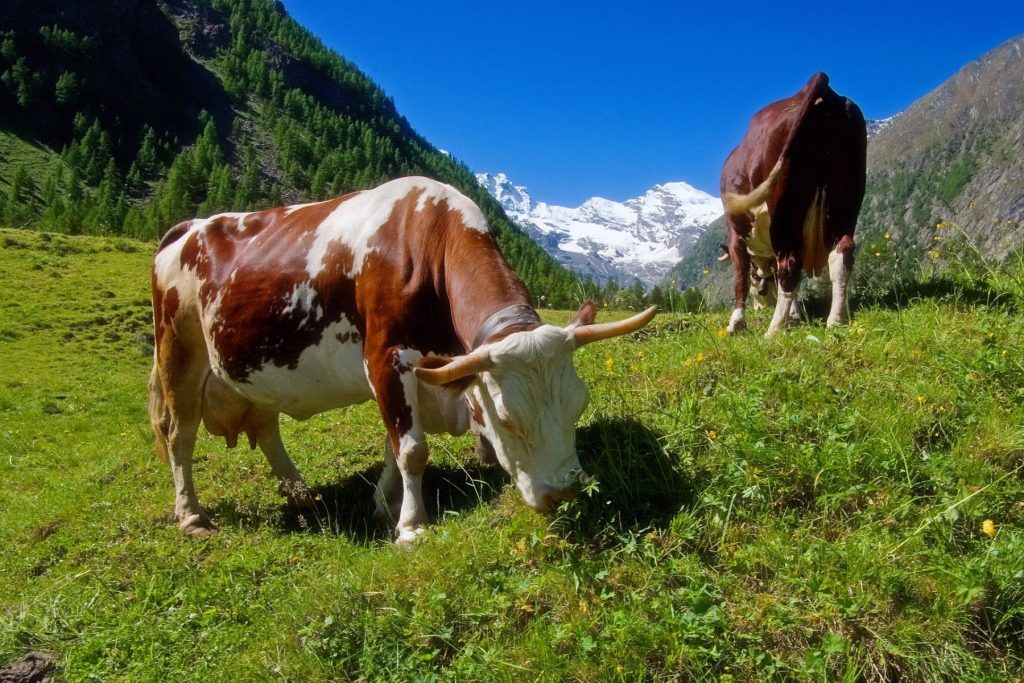 Of course, one of the culinary delicacies that Aosta has contributed to the world is its Fontina cheese which has been produced in the exact same way since the 12th century. The secret to its flavor is the unpasteurized milk from Aostan cows that graze in the vast Alpine pastures. Pair it with an Aostan Nebbiolo red wine!

In any season, you are sure to love every minute of your Aostan holiday experience!