What to See in Ancona in the Marches Region

Ancona is the capital of Italy’s central Marche region situated on the Adriatic Sea. This beautiful city is full of history, art, delicious food, and to top it all off, sits on the Riviera del Conero coastline. If you decide to make Ancona your next holiday destination, or even if you only have a day or two, here are the must-sees!

The Ancient Greek City of Ankon

As early as the 6th century BC, Ancona was populated by Greek colonists who named it after the Greek word for elbow- ankon– due to its elbow-shaped promontory that juts out into the Adriatic Sea. This geographical feature gives Ancona the rare privilege of being the only place along the Adriatic where you can enjoy a spectacular sea view of both the sunrise and the sunset! 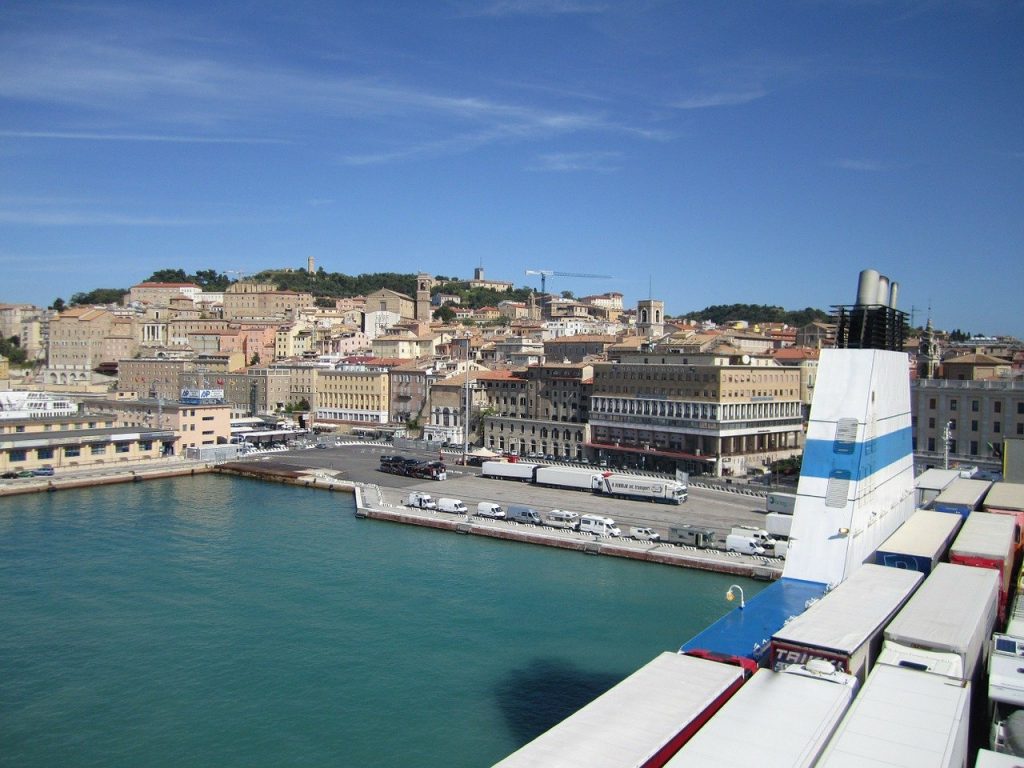 Piazza del Plebiscito, often referred to as Piazza del Papa by the locals, is one of two major piazzas of this city of 100,000 residents. On one side you’ll see the Fontanone or the Fountain of the Decapitated. Eight of the ten sculpted heads were supposedly those of nobles decapitated in this very square in the 16th century. You’ll find major monuments here such as the Palazzo del Governo, the Civic Tower and clock, and the striking staircase leading to the Church of San Domenico.

You’ll find two priceless works of art within the church- The Crucifixion by Titian and The Annunciation by Guercino. The Museo della Città is also located here. A statue of Pope Clement XII adorns the top of the staircase as a tribute to his contribution to the local economy and reviving the port in the 17th century.

Ancona’s duomo, the Cathedral of San Ciriaco is an absolute must-see both for its beauty but also for the incredible view. It sits at the highest part of the city and overlooks the stunning Riviera del Conero. Built on the site of an ancient Greek temple, it later became a Paleo-Christian church. The current structure is considered Romanesque with Byzantine and Gothic influences. Underneath the glass panel floor in the central part of the church, the remains of the pagan temple and early Christian church are still visible. 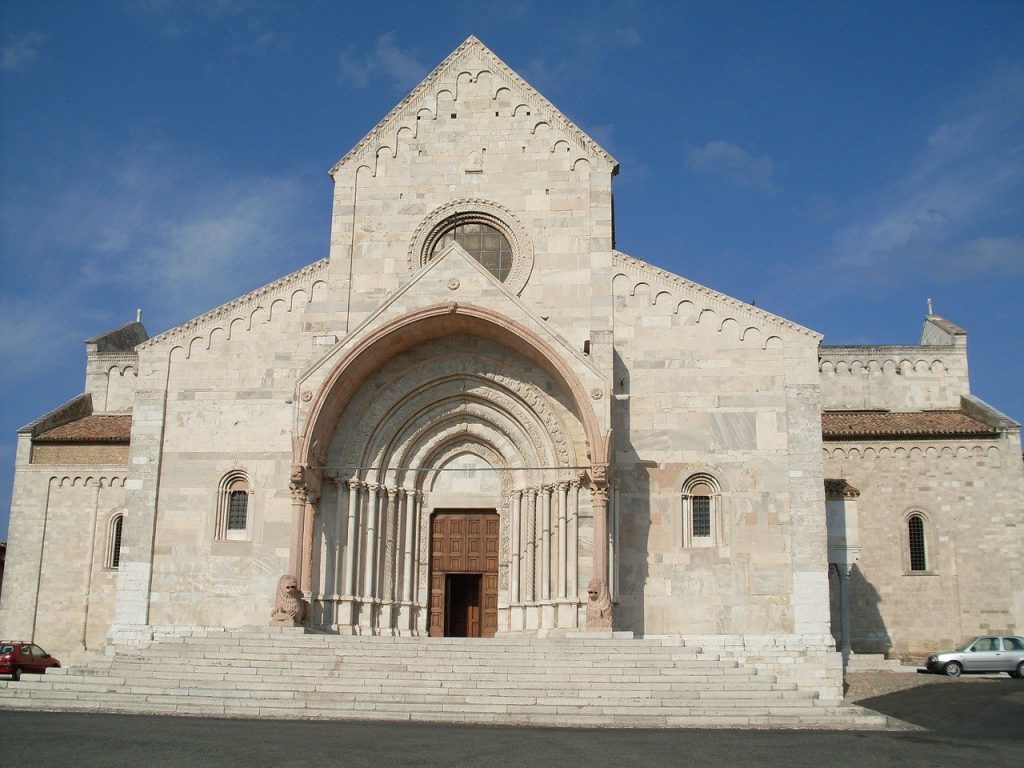 Of course, Ancona was also a Roman city as evidenced by the ancient harbor that was only recently uncovered. There are also the remains of the ancient Roman amphitheater as well as the magnificent Arch of Trajan made in Turkish marble almost 2,000 years ago.

As is almost customary in Italy, you’ll find that famous sites have multiple names, which sometimes makes it confusing to tourists. Ancona’s Lungomare Vanvitelliana is a prime example of this! This pier is also known as the Lazzaretto. Designed by the famous architect Luigi Vanvitelli (read about his work in Naples here) in the early 1700s. It is an architectural masterpiece with its pentagonal design and a characteristic temple dedicated to San Rocco (tempietto di San Rocco). Today, it is Ancona’s hotspot for exhibitions, music, and various events. Click here for a link to summer 2021 concerts. 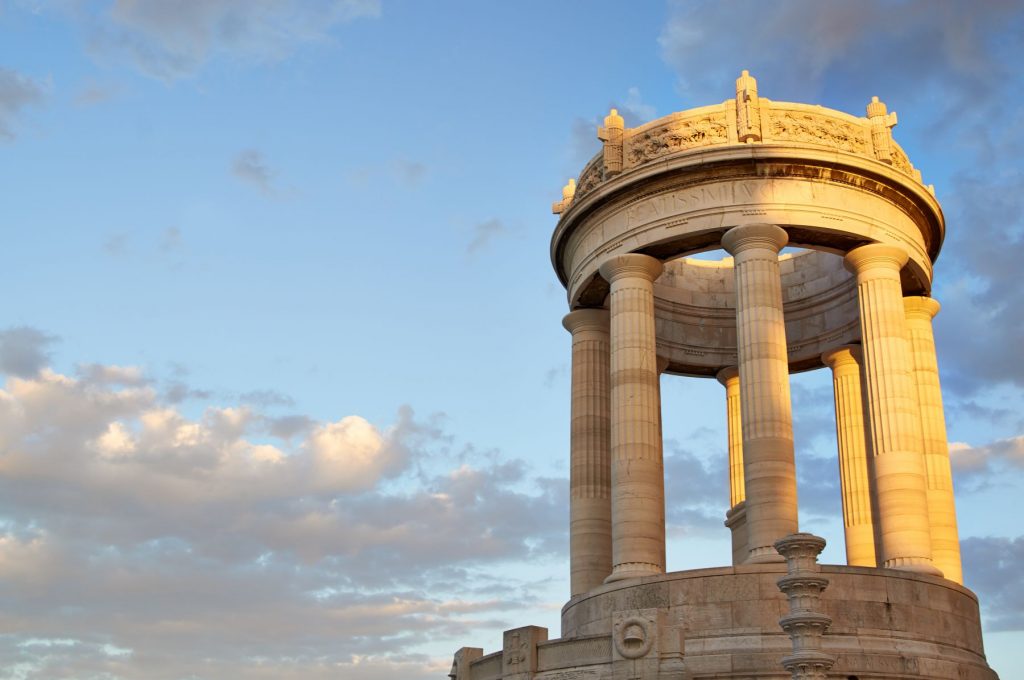 Don’t miss the Paleo-Christian church of Santa Maria della Piazza which is open to the public. Layers of mosaic flooring have been uncovered dating the origins of this church to the second century and possibly confirming that it was dedicated St. Stephen, the first Christian martyr.

Museums in Ancona include the Diocesan Museum; the Pinacoteca F. Podesti with works by Titian and Guercino among countless others; the Museo Tattile Statale Omero, a completely tactile museum for the blind and visually impaired and the only one of its kind in Italy; and the National Archaeology Museum of the Marche Region. If you only have time for one, my choice would be the latter as it has an astounding collection dating from the Paleolithic to the Late Roman period.

Regardless of when you visit, visiting the beaches of the Riviera del Conero is an absolute must as they are some of the most beautiful in all of Italy. Awarded the Blue Flag year after year, the Riviera’s most famous all lie within the Monte Conero Nature Reserve and include the Spiaggia di Mezzavalle, Portonovo, and the Spiaggia delle Due Sorelle named after the unusual rock formations. 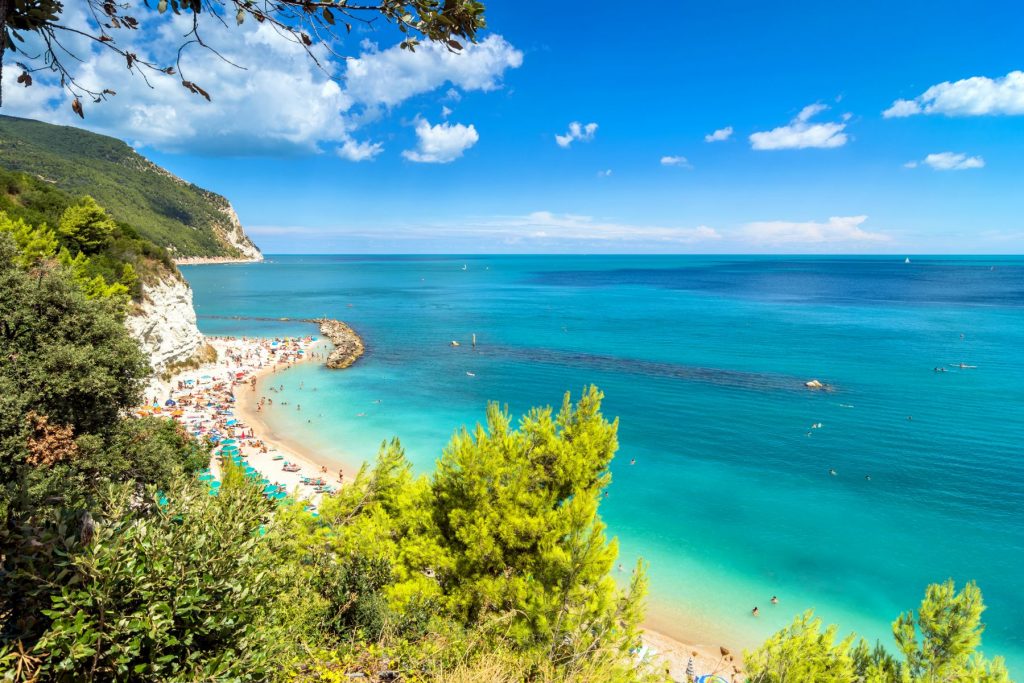 And while in Ancona, you won’t want to miss out on the delicious cuisine of the Marche region and the fresh fish from the Adriatic Sea. Moscioli are mussels that are fished in Portonovo and are served in a variety of ways from steamed to topping spaghetti. If you’re not in the mood for seafood, then don’t miss out on lasagna Marchigiana style, vincisgrassi, which has the added richness of using prosciutto lard to the traditional ragù sauce as well as chicken giblets. Traditionalists will get offended if you refer to this dish as “lasagna”- you’ve been warned! Wines include several DOCG and DOC varieties such as Conero DOC and Verdicchio di Jesi DOCG.