The magnificent Matterhorn mountain is one of the most recognizable peaks on the planet and was even further immortalized by Walt Disney himself when he created the legendary roller coaster. Not everyone knows that the Matterhorn is called Cervino in Italian and reaches an astounding 4,470 meters (14,690 ft) into the sky on the Swiss-Italian border. It isn’t surprising that this entire area would be studded with picturesque lakes, streams, and meadows, and the Blue Lake is an absolute favorite and must-see. 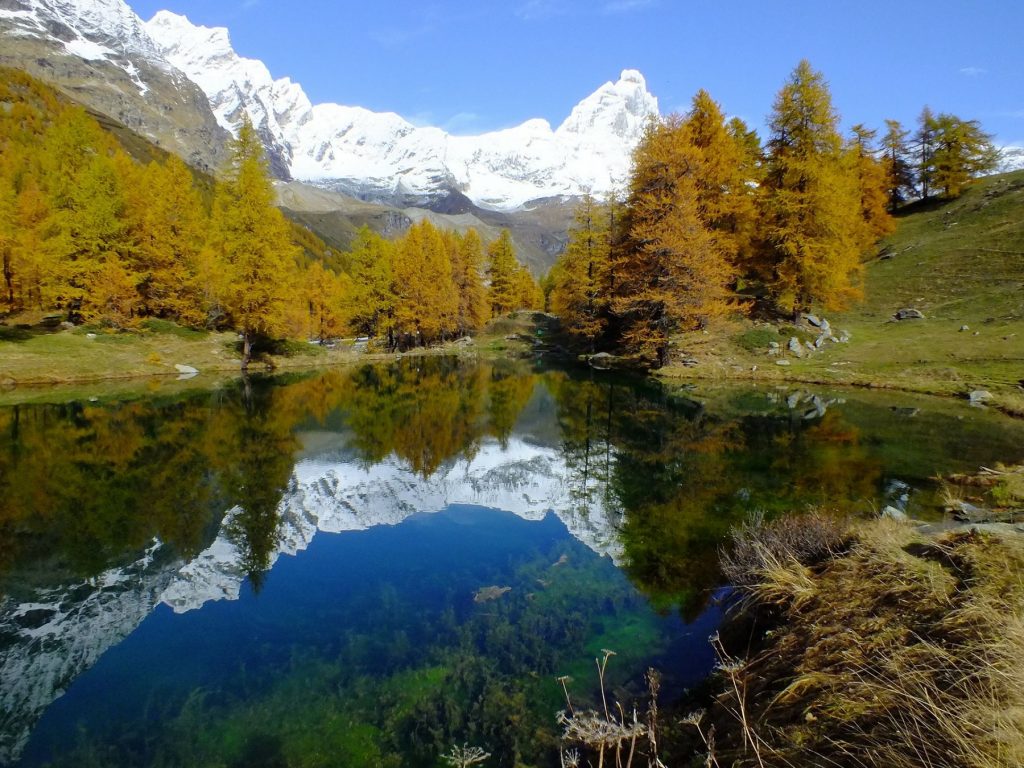 The Blue Lake (il Lago Blu) also known as Layet Lake is located in Aosta Valley’s Breuil-Cervinia area and is just south of the Matterhorn. It sits at almost 2,000 meters above sea level surrounded by larch trees. It’s not a large lake but what makes it so special is its brilliant color. Supposedly the deep blue is the merit of both the algae and mineral content and the clarity is because it is constantly being fed by freshwater springs.

Of course, the best part about the lake is catching the perfect reflection of the Matterhorn on the surface. Whether it’s snowcapped or completely frosted, the mirror image of the fantastic peak projected onto Blue Lake will take your breath away.

Legend has it that long ago where Blue Lake is now, there was a little house where a family of shepherds lived. One night a poor traveler came wandering through and knocked on their door in search of food and shelter. The young shepherd woman turned him away but her son couldn’t stand the thought of this selfish act. He attempted to give the wanderer his own bowl of milk but his parents wouldn’t allow it and instead gave the man a bowl of dirty water. The parents even punished their son for going against their will and sent him into the woods that night to gather wood. He managed to gather a lot of wood without being attacked by any wild animals and when he went back home, he was horrified to find that his house was no longer there. A lake had swallowed it up and his entire family with it. When the boy grew up and started his own family and village, they were known for being kind, hospitable people who always welcomed strangers.

From Breuil-Cervinia, Blue Lake is only a 30-minute walk or a 5-minute drive by car. In the summertime,  you can plan on taking a dip in the cool, clear waters and having a picnic on the grassy area covered with wildflowers. 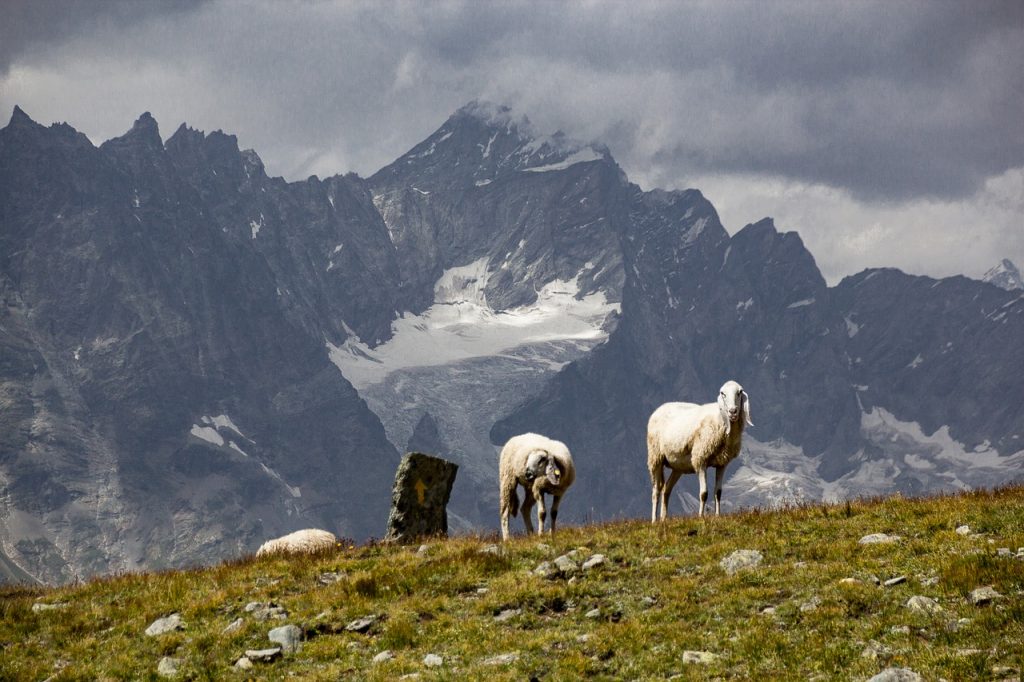