Carnival in Putignano: Over 600 Years of Tradition in Italy’s Puglia Region

That is not a typo in the title. It’s a fact that the village of Putignano in the Puglia region can trace its Carnival celebrations back to the year 1394! That makes this year’s edition precisely 626 years old. 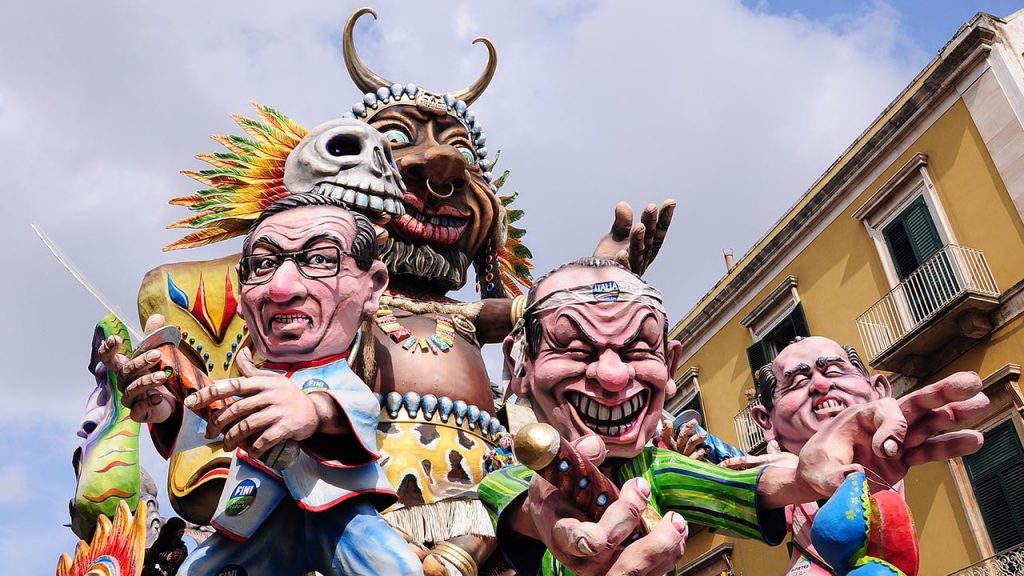 History of Carnival in Putignano

Located in the Bari province and close to the now well-known village Alberobello and the lovely village of Noci, Putignano is a fairly large city whose claim to fame is its Carnival. Its beginnings date back to a time when this area was under constant attack by the Arab populations. It was decided that Saint Stephen the Martyr’s relics should be transferred from Monopoli to Putignano for safekeeping from the Arab raids.

On December 26, 1394, a procession brought the relics to Santa Maria la Greca Church in Putignano. As legend has it, the villagers who were busy in the fields pruning the grapevines stopped what they were doing and joined in the procession. A lively celebration of singing, dancing, and vernacular verse broke out and Putignano’s Carnival was born. It wasn’t until the early 1900s that Carnival, as we know it today, began taking shape. By the 1950s Putignano’s floats had become paper-mache masterpieces and every year, they continue to get better.

How Carnival Is Celebrated Today

Still today, Putignano’s Carnival officially begins on December 26th (Saint Stephen’s Day) and continues through Shrove Tuesday. Ancient rites and traditions enliven the historic center. Satyr and prose are performed by the locals and excess in every aspect is the theme. January 17th, or Saint Anthony the Abbot’s Day, marks the beginning of the satyrical performances held on every Thursday which range from making fun of the clergy to cheating husbands and wives.

February 2nd, Candelora or Candlemas, is known as the Festa dell’Orso in Putignano. This folkloristic event is a theatrical representation in which a bear is a dangerous opponent to hunt and kill and also a friendly presence symbolizing spring. The next major celebration is, of course, Shrove Tuesday which signals the end of Carnival and the beginning of Lent. Putignano, as do many other cities, actually holds a funeral for Carnival complete with a funeral procession and the burning of a paper-mache pig (symbolizing the excess of Carnival). One of the most highly-anticipated events of the entire season is the final minutes of Carnival’s life when the entire town celebrates with a huge paper-mache bell that, faithful to tradition, signals the last hour before the beginning of Lent. Dancing, wine, and a plate of pasta for all! 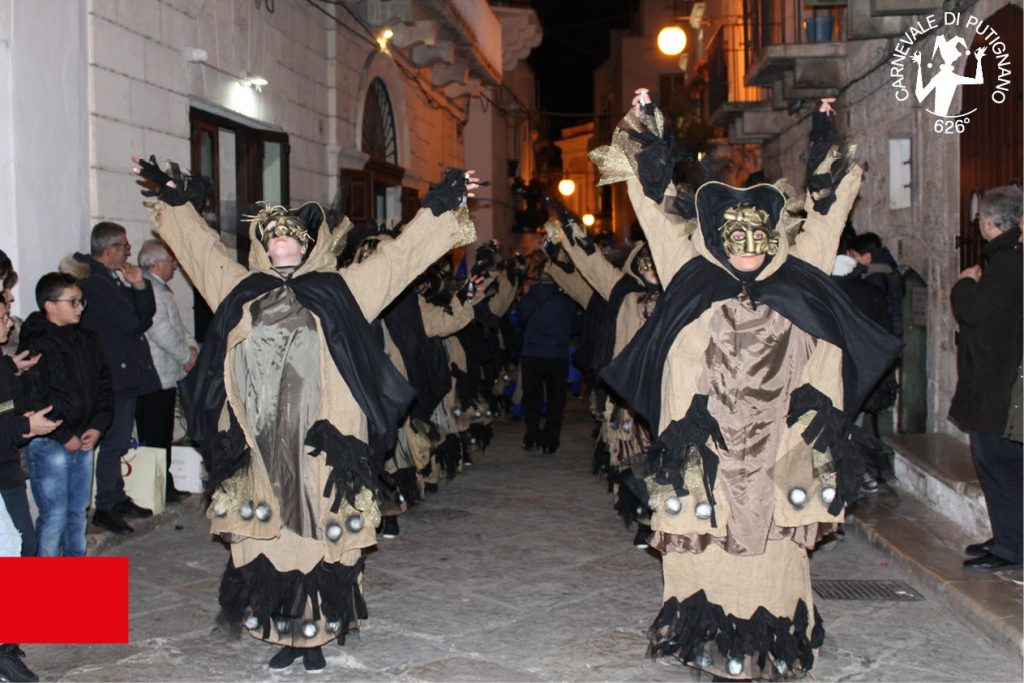 Because it is one of the oldest and most well-known Carnivals in Italy, it is also incredibly well-organized. The parade dates for the masterful paper-mache floats are February 9, 16, 23, 25, 29. Tickets can be purchased in advance online. Buses are available from every major city in Puglia and Naples which will take you directly to Putignano (tickets available online). If you are driving, you can actually reserve a parking spot online in advance. All of this and more is available on the official website.