The Coast of Salento: North and South of Otranto

Otranto is one of the most stunning cities in all of Italy. From the Greeks to the Ottomans to Napoleon, Otranto has seen just about everything. Today, it is a popular tourist destination for both Italians and non as it is the gateway between the Ionian and Adriatic Seas with almost unrivaled beauty. 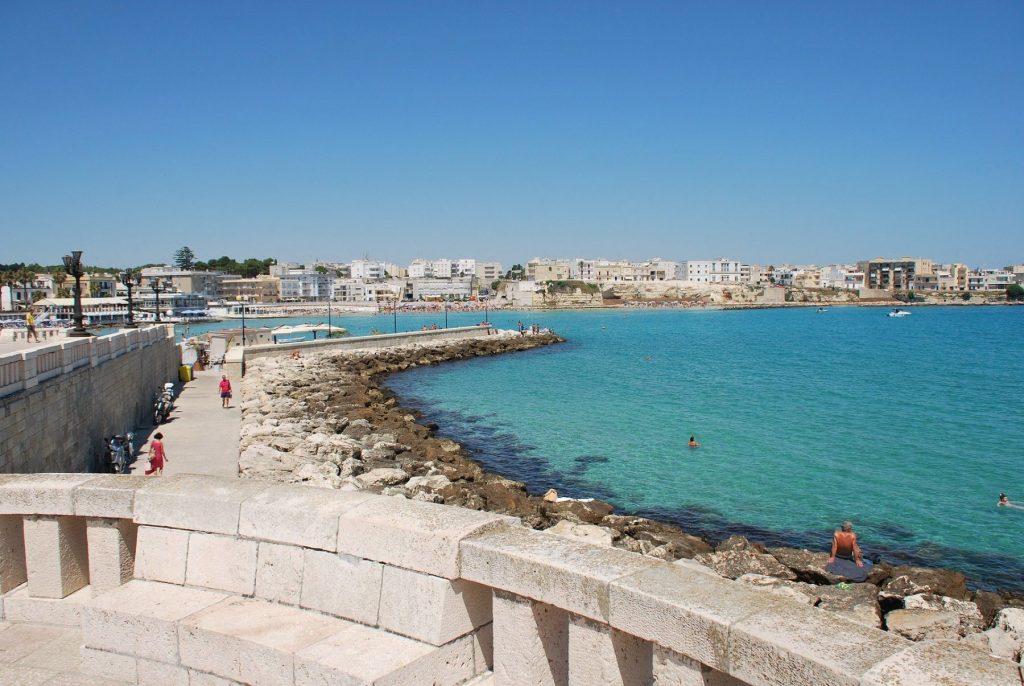 The ancient Greeks named the site Hydrus and in Roman times it was very valuable since it was so close to modern-day Albania. In 1480, Mehmet the Conqueror sent a fleet to invade Rome and within a few weeks of landing on the shores, had conquered Otranto murdering 800 of its citizens. They are known as the “Martyrs of Otranto” because they were beheaded when refusing to convert to Islam. They were only canonized in 2013, almost 600 years later.

Located in the province of Lecce in the region known as Salento, Otranto boasts some of the most breathtaking coastlines, not just in Italy, but I dare say the entire world. This is the primary reason most people visit especially in the summer months. The locals delight in late May and early June and again in late September and even early October when the tourists have left and they get their beautiful coast all to themselves. 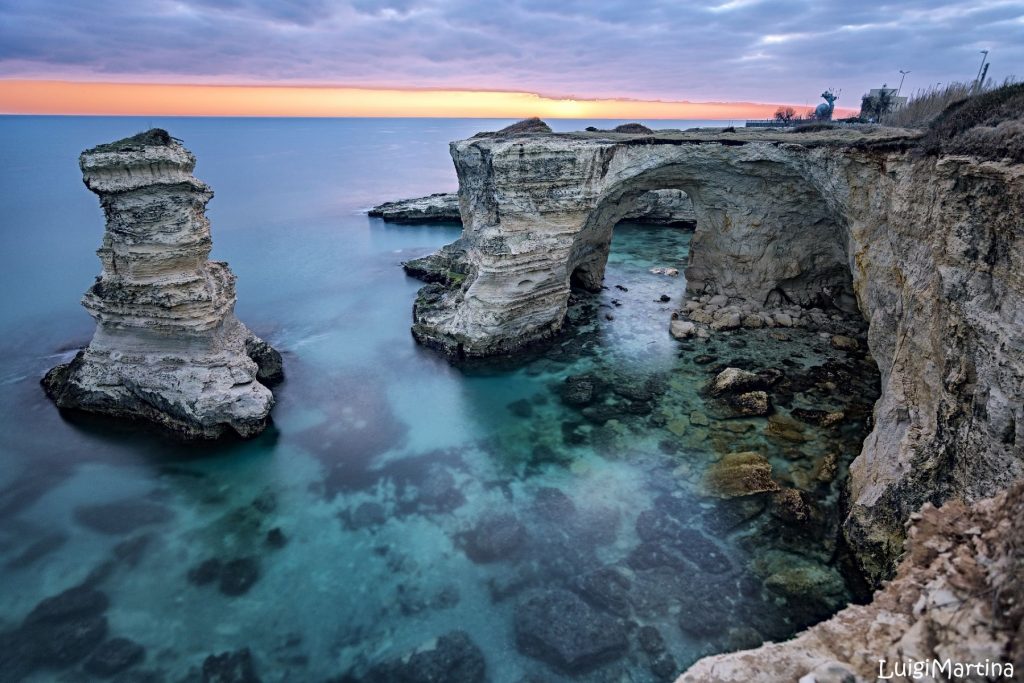 Some of the most popular spots can be reached directly from the historic center of Otranto on foot but when you visit you’ll definitely want to explore the immediate coastline both north and south of Otranto.

I would like to tell you that you can easily get around on public transportation but that unfortunately is not the case. Typically, the further south you go on the peninsula, the more you have to rely on your own car. Keep in mind that the months of July and August are basically mayhem so if you can, try to plan your trip accordingly.

The famous Baia dei Turchi (likely named for the infamous invasion of 1480) is just north of Otranto. This white sand beach and brilliant turquoise water will make you think that you are in the Caribbean rather than in Europe. Equally famous is Alimini lake and beach where you can rent an umbrella at any one of the bathing establishments.

Continuing north (just 15 km from Otranto), you’ll arrive at Torre Sant’Andrea. This part of the coastline is characterized by white limestone cliffs and unusual rock formations that will take your breath away. Erosion has carved away some of the most fantastic shapes that you have ever seen. Don’t be surprised to see young kids diving from unfathomable heights and plunging into the crystal clear water down below without so much as a yelp. Salentini were born for this. The sea is part of them.

Moving just a bit further north will take you to another Torre- Torre dell’Orso. This little stretch has officially been named the “Caribbean of Salento” for good reason. Combined with the white cliffs and rock formations, white sand, and aquamarine water, it isn’t any wonder it is one of the most popular beach destinations in all of Italy.

I would be remiss if I didn’t mention the city of Melendugno which is just inland from Torre dell’Orso and which every August hosts the world-famous Notte della Taranta. Unique to Salento, the taranta (colloquially known as the pizzica) is a folk dance that is similar to others in southern Italy but danced at a much faster pace. You will see this exhilarating tradition in action as you tour through Salento at various festivals and even at bathing establishments along the coast. 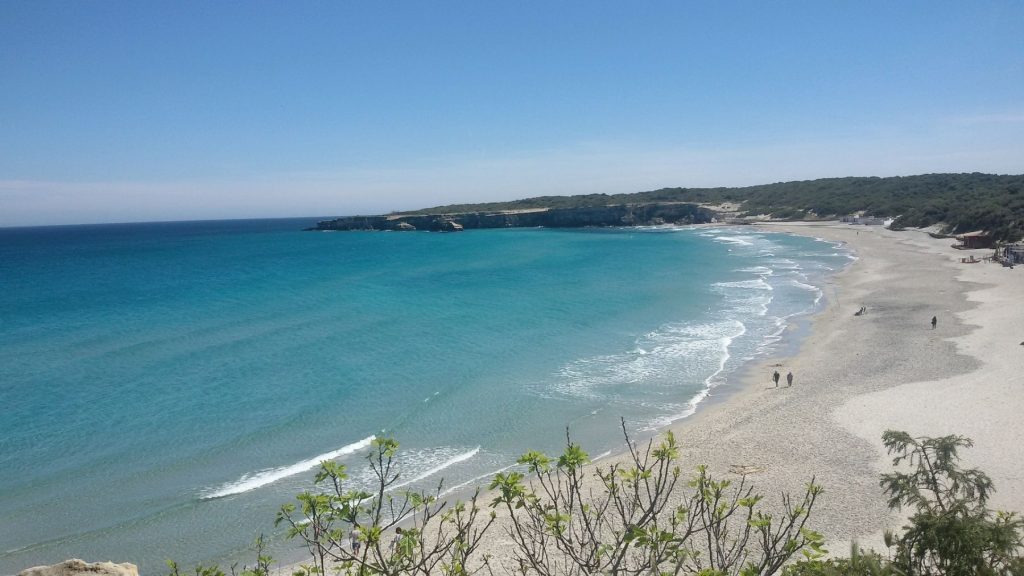 Heading south from Otranto in the direction of Santa Maria di Leuca, you’ll immediately come to the Baia di Orte. This is a rocky stretch of coastline and, as is true with much of Salento, you have to come prepared with your water shoes and towel and be ready to explore. If you are accustomed to strictly sandy beaches, you’ll be amazed at how locals can look so comfortable stretched out on a slab of limestone. Then there’s Porto Badisco, Porto Miggiano, Santa Cesarea Terme, Castro, and everything in between!

Snorkeling, scuba diving, kayaking, paddle boating, and almost any other type of water sport you can think of are all widely practiced in this area. Equipment can be easily rented at any of the above-mentioned beaches. Some of the most striking natural grottos can be best explored by kayak or canoe.

Don’t miss the Grotta della Poesia (near Torre dell’Orso), the Grotta di Zinzulusa (Castro) and the Grotta Verde (Andrano). It isn’t any wonder that many of these inspired legends.

Once you’ve experienced what Salentini refer to as lu sule, lu mare, e lu jentu (the sun, the sea, and the wind), you won’t ever be the same. 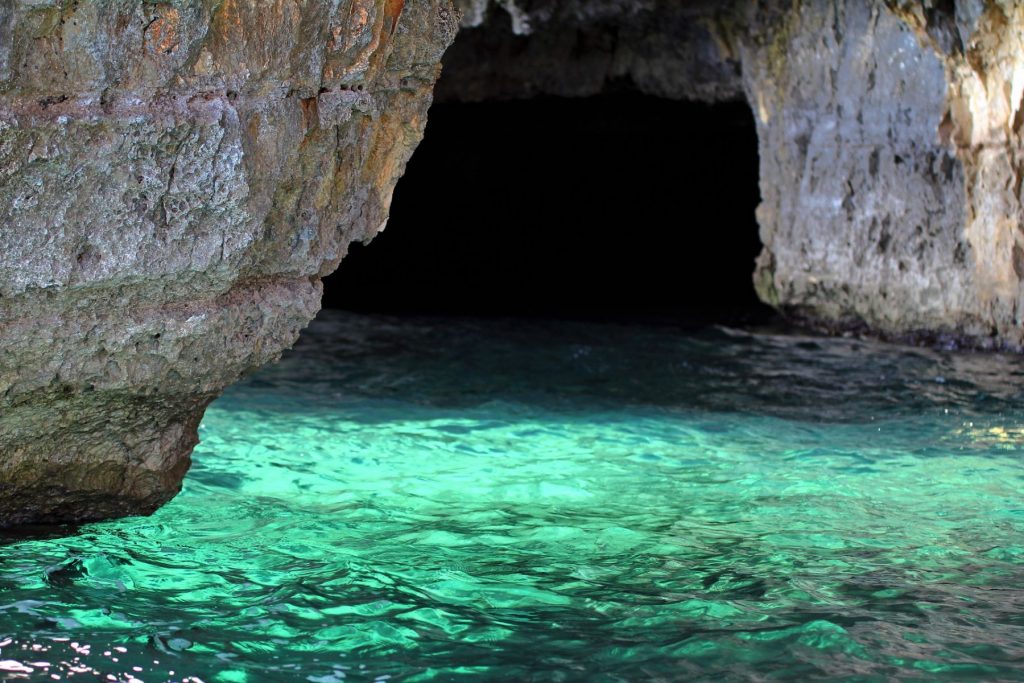