Morciano di Leuca: One of the Most Authentic Villages in Italy

In this article, we’re going just about as far south as you can go on the Italian peninsula to the town of Morciano di Leuca. This part of Puglia is known as Salento, a sub-region that has become very well known and loved by tourists from all over the world. Let’s find out more about this amazing village.

Where is Morciano di Leuca?

For a visual, Morciano di Leuca is basically at the very bottom of the heel of Italy’s famous boot shape. It is technically part of the Lecce province but it is closer to Gallipoli on the Ionian side. Most people end up visiting this slightly inland town during their beach holiday at Torre Vado, Pescoluse, or Santa Maria di Leuca. 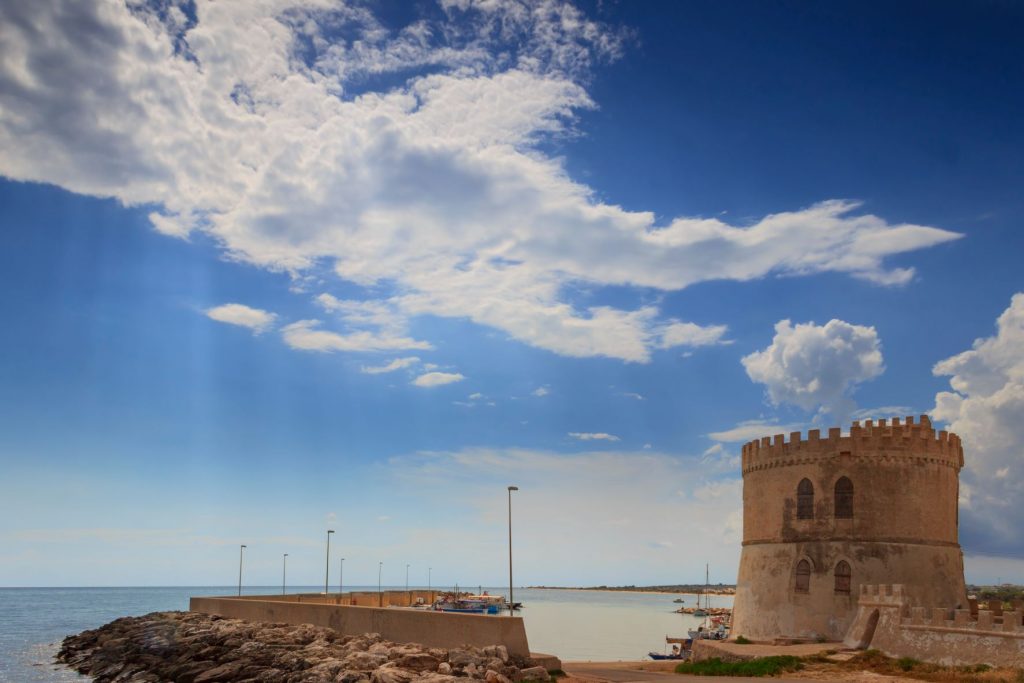 Like just about everything in Salento, Morciano’s origins date to the Paleolithic era. The first datable settlement in “recent” history was in the ninth century AD. when the nearby settlement of Vereto was destroyed by an Arab invasion and the residents fled and settled in Morciano di Leuca. Some believe that the name Morciano is likely derived from the word merce or “merchandise” since it was likely a major port and trading center.

Although it’s only about four kilometers inland from the Ionian Sea, Morciano actually sits on a slightly elevated area known as the Serra Falitte at about 130 meters above sea level.

The Ionian Coast and Hot Springs

The area is known for the natural, freshwater hot springs that flow up between the rocks along a portion of the coast of Torre Vado. Prior to the 1980s and before the area experienced a boom in tourism and “outside” visitors, locals would use the thermal pools for a refreshing bath after a long, tedious day in the fields or even for washing precious linens. 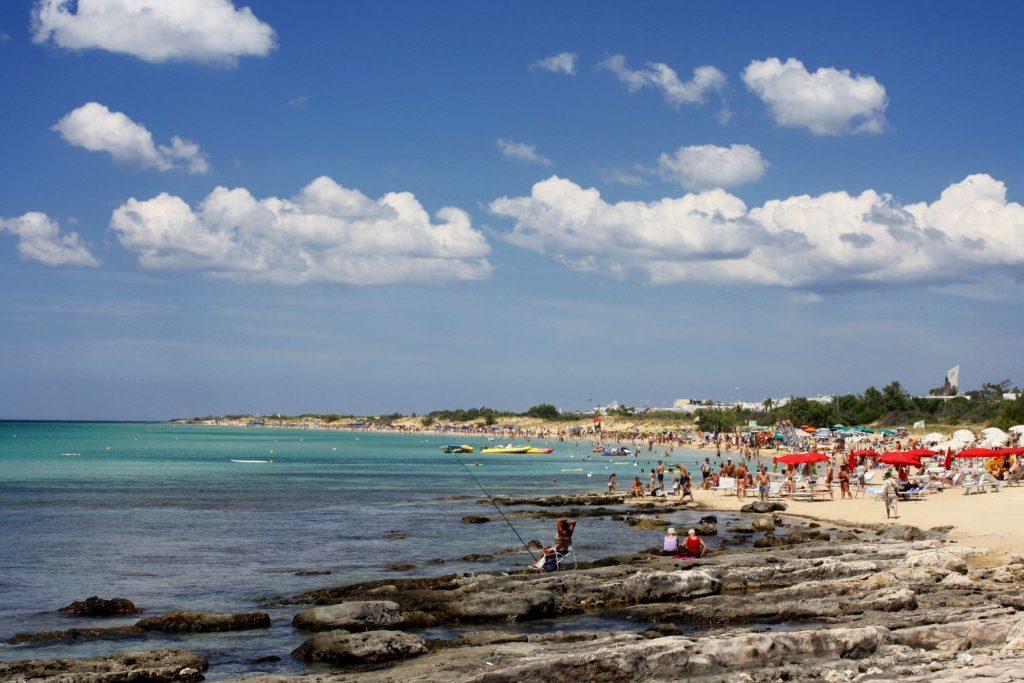 Another interesting phenomenon in the area is known as the Vore di Barbarano del Capo, deep chasms in the earth reaching a depth of 35 meters that are tied to many legends and superstitions among the locals.

There are several buildings and churches that you’ll want to visit in the historic center. One is the chapel dedicated to the Virgin Mary of Constantinople which dates to the 16th century. A unique monolith stone known as a menhir is frescoed with the image of the Virgin and child.

Another is the Chiesa Madre di San Giovanni Elemosiniere or the main church dedicated to St. John the Almoner. The church was erected in the 16th century and designed in Romanesque style initially with later additions of Baroque architecture. St. John the Almoner is also the patron saint of Morciano di Leuca and his relics were supposedly preserved inside the church at one time. 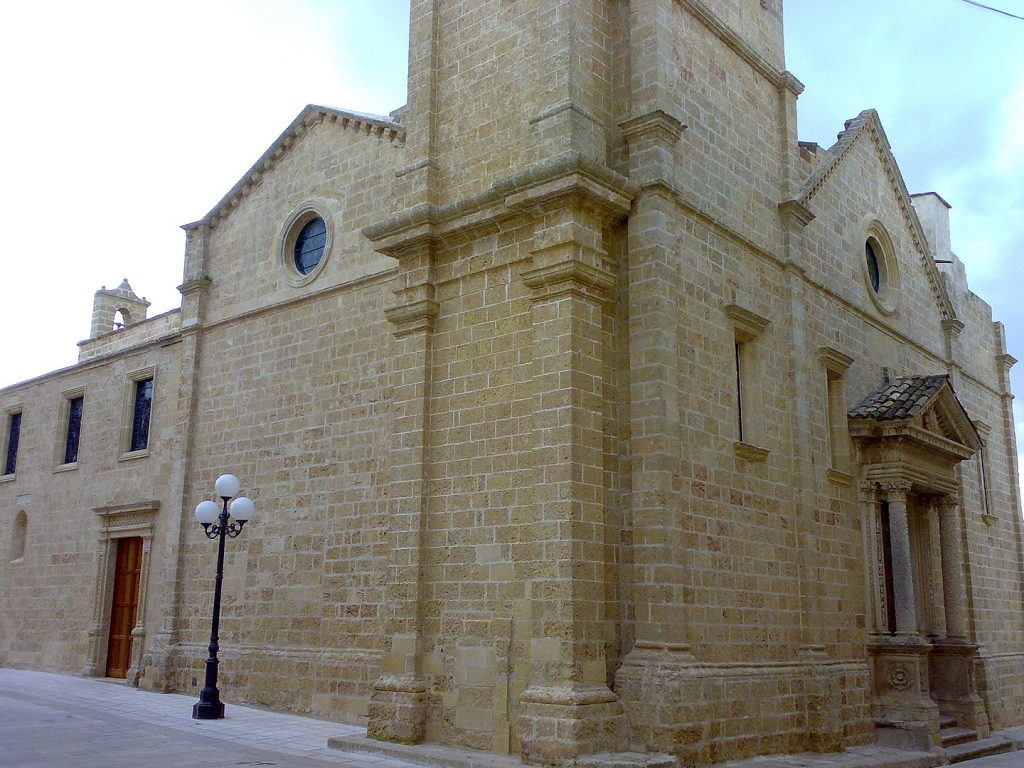 You’ll also notice a massive stone wheel in the church piazza which is a testimony to the town’s ancient history of oil production. Underground oil mills known as a frantoio ipogeo are present in many towns in Salento and Calabria. You can organize a visit through local tour guides and pro loco associations.

Make sure and take note of the interesting historic homes that are arranged with open courtyards. These common areas were where the peasant farmers would gather to wash clothes in the cistern and also crush wheat on the large stone blocks. In the evenings when it cooled down, the townspeople would gather to sing songs and tell stories or continue with their work. This is a practice that is still very much a part of the culture even today.

Castle Valentini is an impressive fortress that dates to the year 1335. It was built for Gualtieri VI and it originally had four defensive towers. The castle is still privately owned by the Valentini family.

You won’t regret visiting Morciano di Leuca, one of the most authentic villages in Italy.

Post Views: 57
Redattore
Cefalù: A Fascinating City on Sicily’s Northern Coast
Via Francigena in Italy: The “Journey of Life”