The Charming City of Monopoli in Puglia: Our Top 10 List of What to See

Monopoli is located in the Bari province of Puglia and has become one of the hottest destinations in the region. It is a large city by Italian standards with 50,000 residents but still maintains its old-world charm. The historic center is a complex maze of white-washed stone buildings that contrast against the turquoise sea. Here is our “top 10” list of what not to miss during your visit including food and events.

Most of Monopoli’s charm and important monuments are concentrated here in Porto Vecchio. Take a pleasant stroll while you imagine all of the boats that have come into its harbor over the past 2,500 years. Enjoy its characteristic lighthouse and the red and blue wooden fishing boats known as gozzi that are still used today by Monopoli’s fishermen. You’ll likely see some of them repairing their nets just as they have done for hundreds of years. In October, the city hosts an event celebrating their fishing traditions, Gozzovigliando. From here, you’ll be close to some major must-see spots. 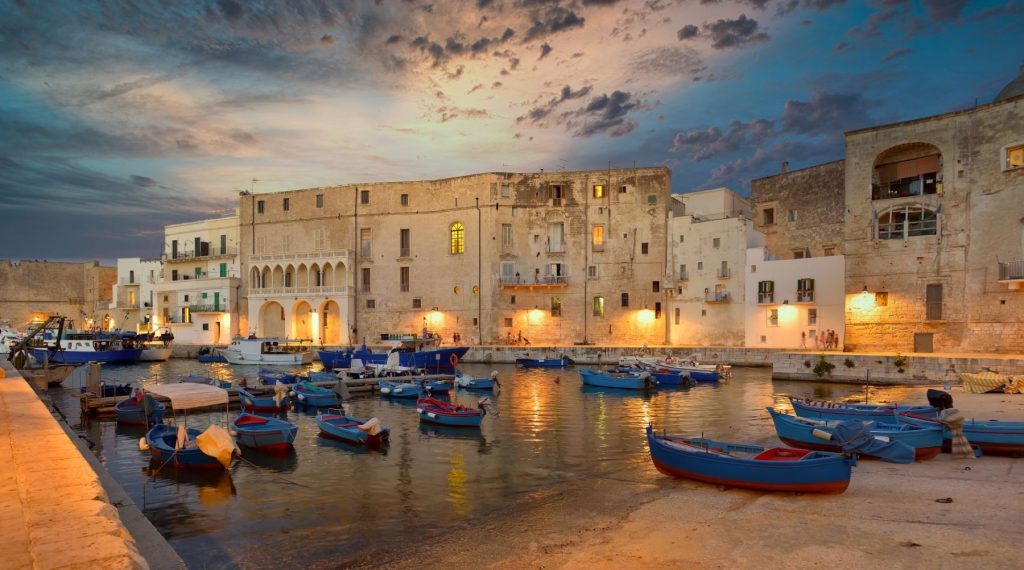 This square is still the vibrant nucleus of the city and has been for over 500 years. The civic tower is located here as well as the infamous column of the gogna where people were put on public display for their crimes. The city’s public library is also here in a beautiful neo-classic building that used to house the theater.

The protector and patron saint of Monopoli has quite a story to tell. The image of the Virgin Mary arrived in Monopoli not in a vision or an apparition but in physical form. It coincided with the final phase of construction of the Romanesque cathedral that had begun in the year 1107. It is said that the church was almost complete when they ran out of materials to complete the roof. 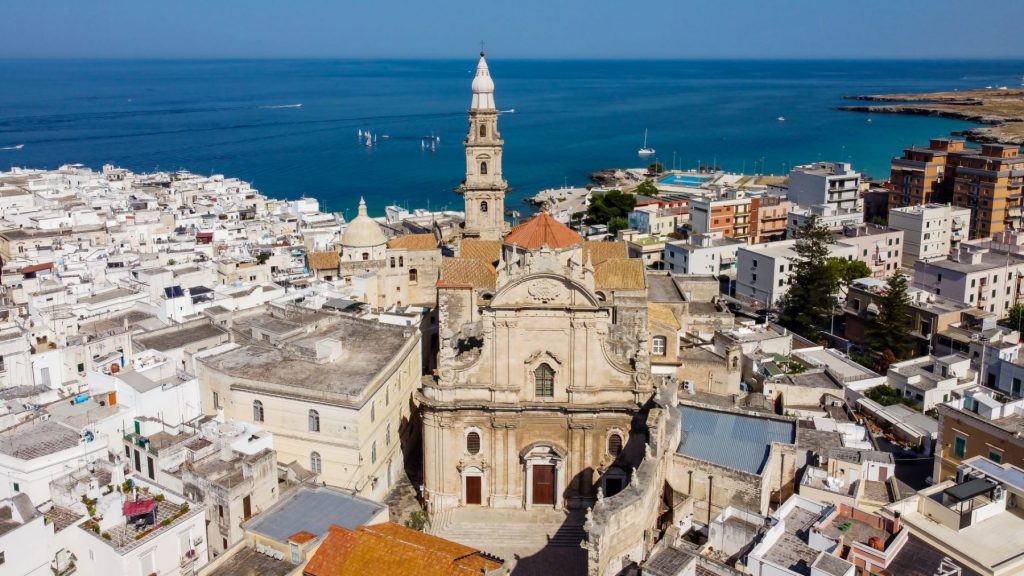 On December 16, 1117, a wooden raft washed up on the shores of Monopoli’s port carrying the precious icon of the Virgin Mary. Byzantine in nature, She is believed to have arrived from the other side of the Adriatic during the Iconoclast persecution. The beams from her raft were used to complete the cathedral and the rest is, as they say, history. The original Madonna with Child icon is still kept in the cathedral as are some of the original wooden beams from her raft.

Of course, the cathedral as it appears today is a typical example of Apulian Baroque architecture. Although not a historically accurate depiction, don’t miss Michelangelo Signorile’s 18th-century paintings that retell the event.

The Castle of Charles V

By far the most prominent building and famous symbol of Monopoli, the Castle of Charles V is an absolute must-see. Built in 1552 by the will of Emperor Charles V, the magnificent fortress is located on the Punta Pinna promontory near Monopoli’s old port.

The pentagonal structure was superimposed on the ancient Messapian city walls dating to the 5th century BC and subsequently, a 1st century BC Roman gate (some of which are still visible). Make sure to see the fantastic armory room as well as the 10th-century chapel of San Nicola della Pinna. There is no entrance fee to visit the interior of the castle and hours vary throughout the year depending on the season and art exhibitions on display. As a general rule, the castle is closed on Mondays, and open between the hours of 10 am and noon, and again from 6:30 pm to 9 pm. 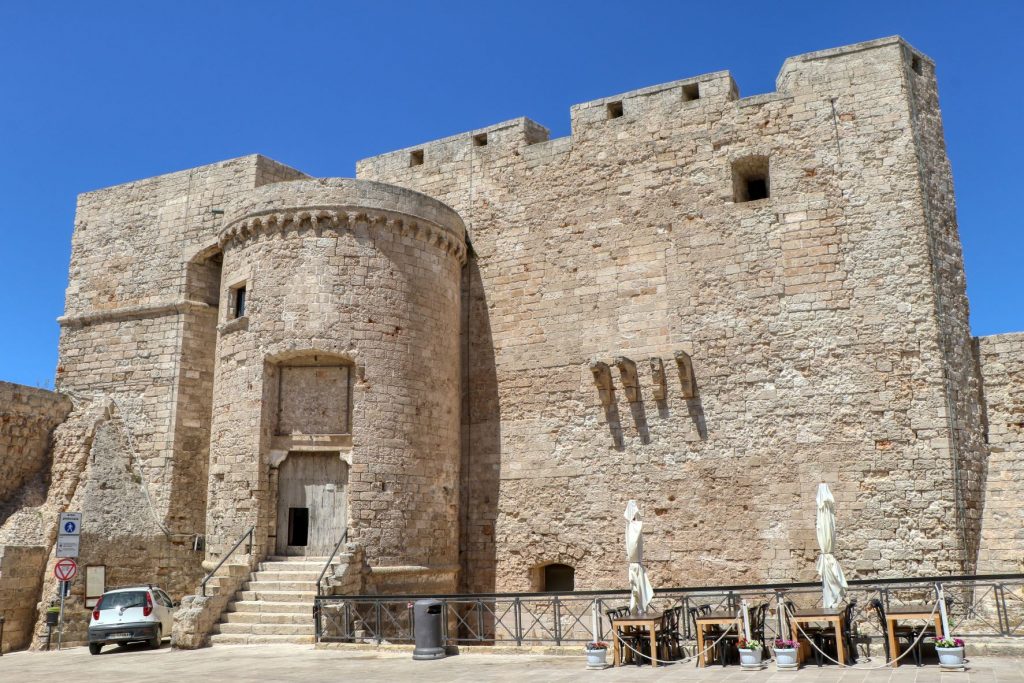 This particular church made the list for its uniqueness, however macabre. In fact, it holds the only child mummy in all of Puglia. It was built in the early 1700s to commemorate 37 locals who tragically died when the cathedral’s bell tower collapsed.

There are not-so-subtle reminders everywhere you look that death is imminent in this life: plaques engraved with Memento Mori, Latin for “you must die”; skeletons and skulls; and of course, the mummies. A total of 10 extremely well-preserved mummies are on display in the “chapel of the mummies”. The nine adults were all prominent members of society and of the “Brotherhood” and died between the years 1700 and 1800. It was their wish to be kept on display after their demise. Internal organs, hair, skin, and teeth have all been preserved without any chemicals and have remained so intact probably due to Monopoli’s climatic factors. The little girl is the only mummy that was chemically preserved and is the only child mummy in all of Puglia. All very creepy but worth the visit!

Even though this fantastic palace can only be enjoyed from the outside (with the exception of some events throughout the year), Palazzo Martinelli is still worth seeing. This 18th-century private residence is in Neo-Gothic style with elements reminiscent of Venetian architecture. It overlooks the harbor and was purchased by the Martinelli family who did much of the renovation that we see today and is still privately owned.

This destination is not technically within the city limits of Monopoli, but if you have the means to get here, you definitely should. Excavations have been underway here for the last several decades and it is the most important archaeological site in the entire region. Sections of the park include excavations from 1,600 BC all the way through 1,300 AD when the city was abandoned. Artifacts and tombs include those from Iapygian, Messapian, and Roman civilizations.

Just 17 km from Monopoli, you can visit the karst caves of Castellana. An entire article should be dedicated to this natural wonder! In a nutshell, it is one of the most complete and stunning caves in all of Italy. Open year-round, there are two guided tours available from which to choose. Trust us, you won’t be disappointed! Visit the Grotte di Castellana official website for ticket information and details. 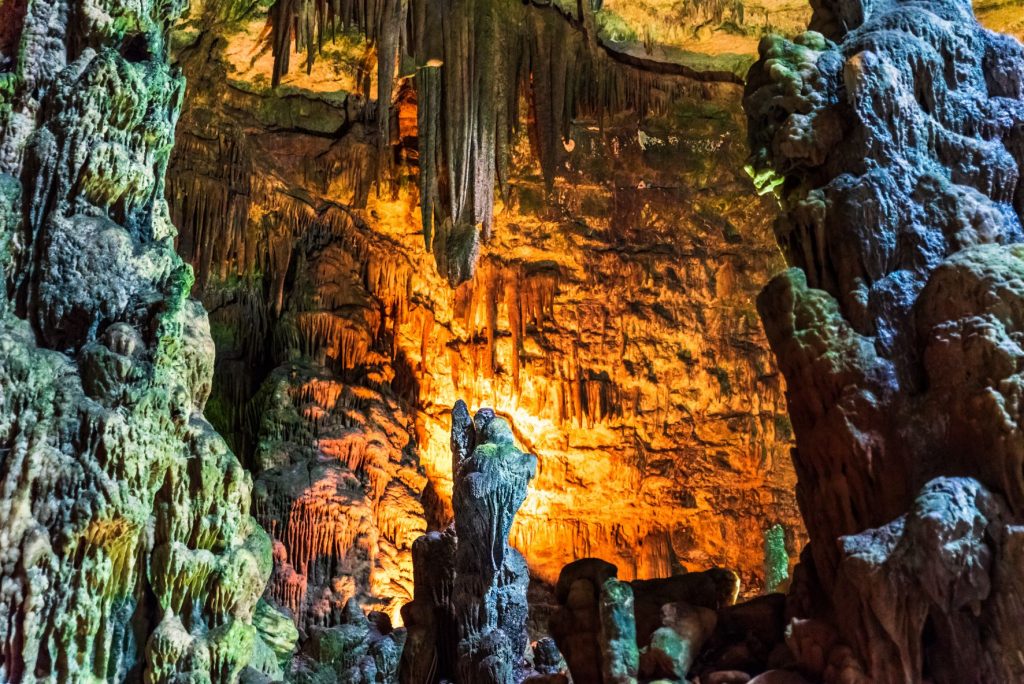 It would be almost a sin to visit the region of Puglia and not step foot on its beaches, regardless of the season. There are lots of spectacular spots along Monopoli’s Adriatic shore where you can experience some of the best Puglia has to offer. Four locations in Monopoli earned the prestigious Blue Flag Award in 2022 for their crystal clear waters as well as services. Castello Santo Stefano, Capitolo, Lido Porto Rosso and Cala Paradiso all made the cut! 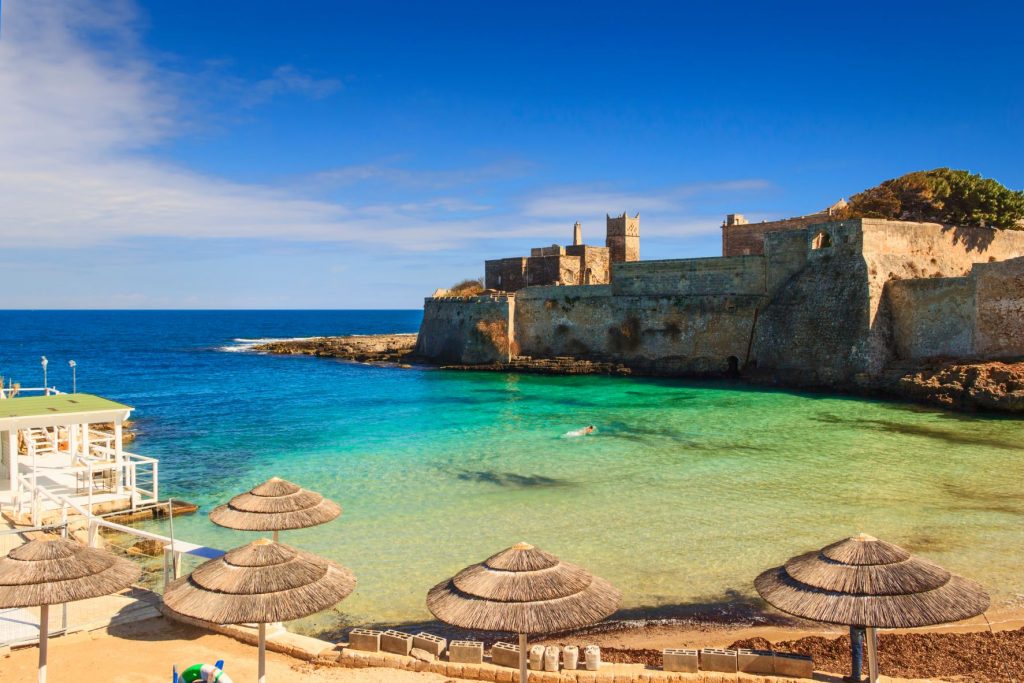 Monopoli’s two most important events of the year revolve around their patron saint, the Virgin Mary, and are celebrated on December 16th and again on August 15th. On the evening of August 14th, there is a beautiful historical reenactment and procession of Her arrival at the port. A grand celebration takes place every year from approximately August 12 through August 15th with light installments, music, traditional food, and a market.

What to eat? That’s almost a rhetorical question because there really isn’t anything in Monopoli that you shouldn’t eat! It boasts all the marvelously-simple dishes of classic Apulian cuisine from homemade orecchiette pasta (known as minghièridd) to fava beans with chicory greens. Of course, seafood is an absolute must including fried fish and mussels. Pick up some taralli in true Barese style that only contain four ingredients: durum wheat flour, water, salt, and olive oil. Many bakeries (panifici) still make them by hand and add only natural, local ingredients to enhance the flavor such as fennel seed, peperoncino, or tomato sauce. 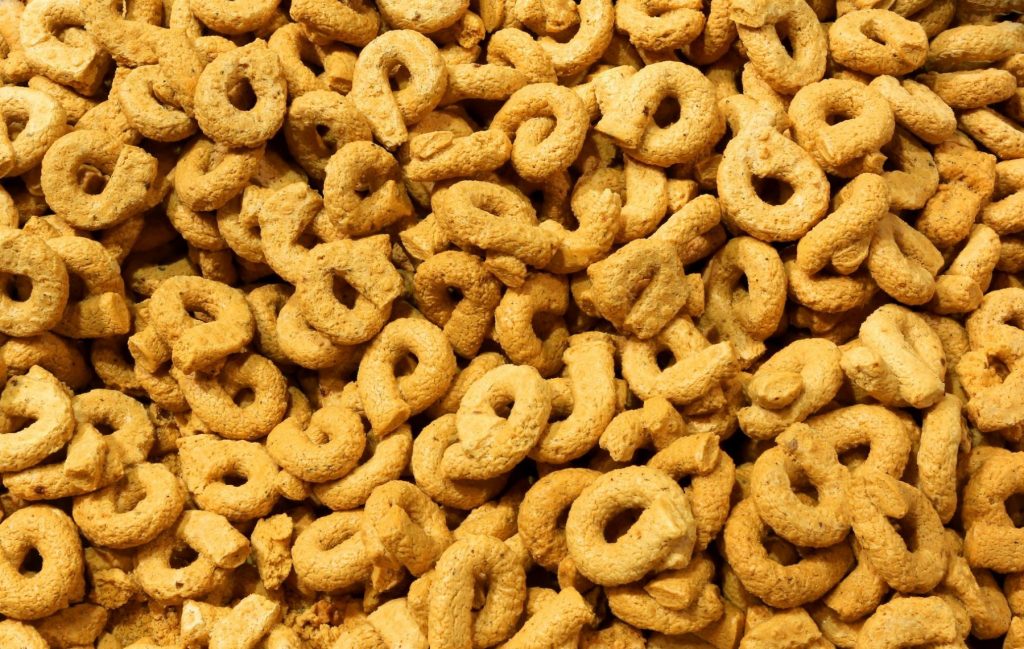 This is by no means a comprehensive guide to the fantastic city of Monopoli! You will be hard-pressed to find a more beautiful, culturally rich, hospitable city anywhere in all of Italy.