Southern Italy’s Basilicata region has been making quite a name for itself as of late. This recent claim to fame can be mostly attributed to its famous cave city, Matera, and the fact that it was the European Capital of Culture in 2019. So with tourism up by almost twenty percent and with visitors venturing out further into the Basilicata region, let’s explore the nearby Gallipoli Cognato Regional Park.

Located halfway between Basilicata’s two major cities, Potenza and Matera, and in the Lucane “Dolomite” mountain range, this regional park is well worth a visit. The peaks (with the highest reaching 1,455 meters) are actually part of the Southern Apennines but are nicknamed after the northern Italian Dolomites due to their appearance. Formed fifteen million years ago, these craggy peaks are known as karstic. 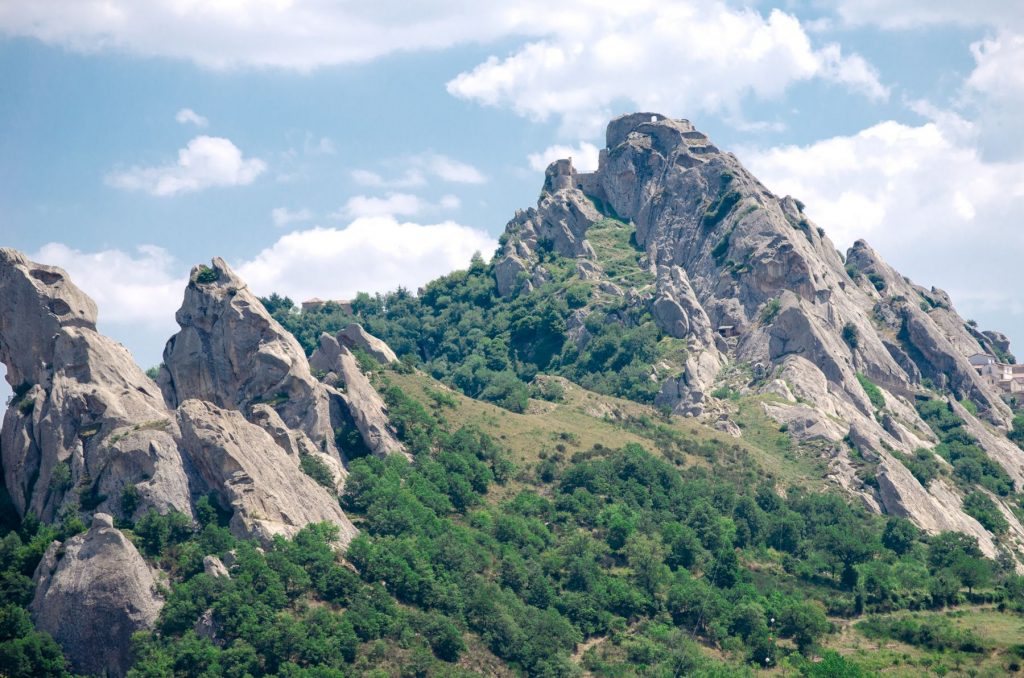 Within the 27,000 plus hectares of the park, visitors will find a stunning variety of plants and animals depending of course, upon the season.

Wildlife such as foxes, wild boars, wolves, and wild cats can sometimes be spotted along the trails and on the guided tours. Birdwatching is a favorite here as well with frequent sightings of peregrine falcons, golden orioles, owls, and many more. Otters also occupy the lakes and rivers.

For nature lovers, both spring and autumn are the ideal seasons for truly appreciating Mother Nature’s color palette. Oaks represent the most abundant species of trees but wild apple trees and maples also put on a spectacular show in the autumn as their leaves change hues. Endemic flower species as well as orchids, buttercups, and anemones color the hills in the springtime.

Fortunately for its visitors, Gallipoli Cognato has a wide variety of trails ranging in difficulty from a leisurely stroll well-suited to almost anyone to a strenuous hike for experts. There are numerous visitor centers throughout the park but the main one is located in Palazzo. Guides and booklets are available and prior to your visit, you can also consult their website which details the trails and itineraries in English.

The park is very well known for orienteering which is the sport of navigation—often held in unfamiliar terrain—using a map and compass. Bouldering is also extremely popular within the park due to its single limestone rock formations. In addition to trekking, mountain biking along the numerous trails is also an option. For a truly unique experience, the Dolomiti Discovery company offers guided tours on quads with various options throughout the park. Another unparalleled adventure is renting your own oxen! Basilicata has a special history with these work animals and still today, they play an important role in local celebrations and folklore. Horseback riding is also available from the Caserma location within the park. 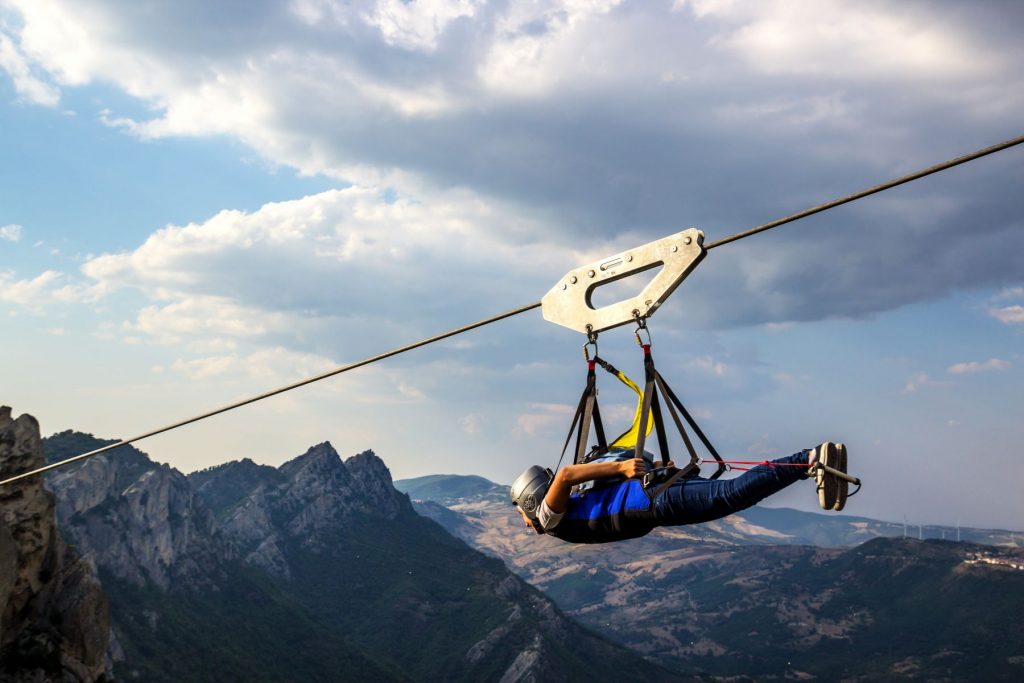 Villages in the Park

Part of the magic of Gallipoli Cognato is that five breathtaking villages lie within its space. Each one has its own ancient traditions, flavors, and dialects yet they are bound together by the surrounding mountains and agricultural heritage.

At over 700 meters above sea level and under 2,000 people, Accettura is the quintessential Basilicata mountain village. Known for its agriculture but also ceramic bricks and tile, it still offers a very authentic experience for visitors. If you are lucky enough to plan your visit during the spring, the Maggio Festival begins on the first Sunday following Easter and continues through Corpus Christi with Pentecost Sunday, Monday, and Tuesday at the center of the celebrations. Known as one of the most beautiful festivals in all of the Mediterranean, Maggio is a beautiful ritual celebrating the union of two specially chosen trees from the forest.

This village looks like its part of a supernatural world with its jagged backdrop of mountain formations. Early peoples used these mountains and their caves as hideouts and in the ninth century, Arabs arrived here. A stairway carved into the rock leads to what is left of the ancient castle Castrum Medianum as well as a spectacular view. The village is connected to nearby Pietrapertosa by a stone bridge that pre-dates the Roman period.

This mountain village became quite well-known after CNN featured it as one of the “20 Most Beautiful Villages in Italy” in 2019. It is also one of Italy’s illustrious “Most Beautiful Villages of Italy” and was even home to one of the oldest living people in Italy. Like Castelmezzano, it too served as a hideout for various populations throughout the centuries and its craggy mountains make for dramatic views. It is connected to Castelmezzano by one of the highest and longest ziplines in the world known as the Volo dell’Angelo or “Angel Flight” for obvious reasons!

More information about these villages as well as those of Oliveto Lucano and Calciano is available on the park’s website. Other major towns just outside the park include Tricarico and Potenza and Matera, of course. 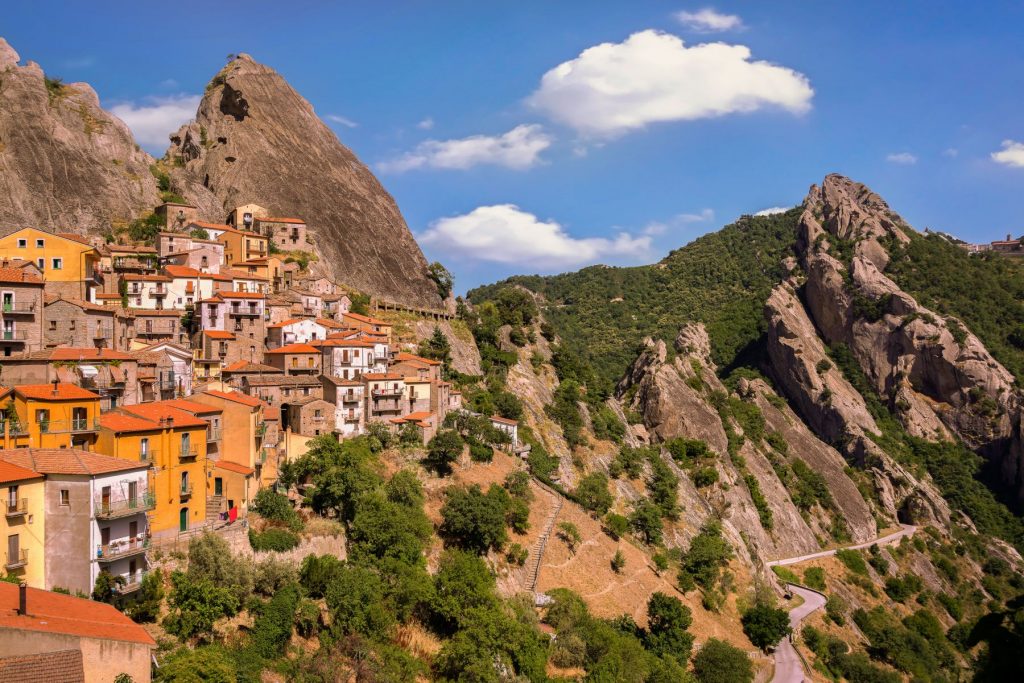 The main visitors center is located in Palazzo, not far from Accettura, along the provincial road that connects the Basentana Highway to Accettura. The autostrada that serves the area is the A1 Salerno-Reggio Calabria.

The Palazzo visitors center has camper parking (reservation required) with hook-ups at just € 10 euros per day.

The closest railway station is in Potenza (30 km from the park) and the line is the Campomaggiore – Calciano – Garaguso – Oliveto – Tricarico.
From Potenza, there are bus services to the various locations within the park.

The closest airports servicing the area are Bari or Naples.

The park authority office is located in Palazzo and is open Monday to Friday from 9 am to 1 pm and on Tuesday and Wednesday afternoons from 3 pm to 5 pm.

The visitors center in Palazzo is open from March through October but there is a multimedia info point for visitors to access throughout the year.

It is highly advisable to visit the park’s official website for further information.

Post Views: 840
Redattore
Monfalcone on the Gulf of Trieste: What to See
Destination Abruzzo: the Region That Has It All!