The Hamlet of Rotondella and the Authenticity of Basilicata

Deep in the Italian peninsula in the Basilicata region lies the hilltop village of Rotondella. Named for its unique position overlooking the Ionian Sea, Rotunda Maris is also referred to as the “Balcony of the Ionian”. This little hamlet is a must-see if you are spending time in the Matera area or along the Ionian coast. Let’s find out what to expect when you visit.

Rotondella was first mentioned in the 13th century, but evidence has shown that it was inhabited as early as the Neolithic period and certainly was influenced by the expansion of Magna Grecia on the Italian peninsula. The circular settlement that seems to spiral upon the hilltop (actually, practically mountainous at almost 600 meters) can be dated to the 16th century.

What to See in the Old Town Center

In the historic center most of what you’ll see dates to the 17th and 18th centuries. One of the most characteristic spots in the whole town is the stone arches known as the Lamie di Bitonte named after the Bitonte family who ruled during the 17th century. You can also enjoy a 360° panoramic view from here! 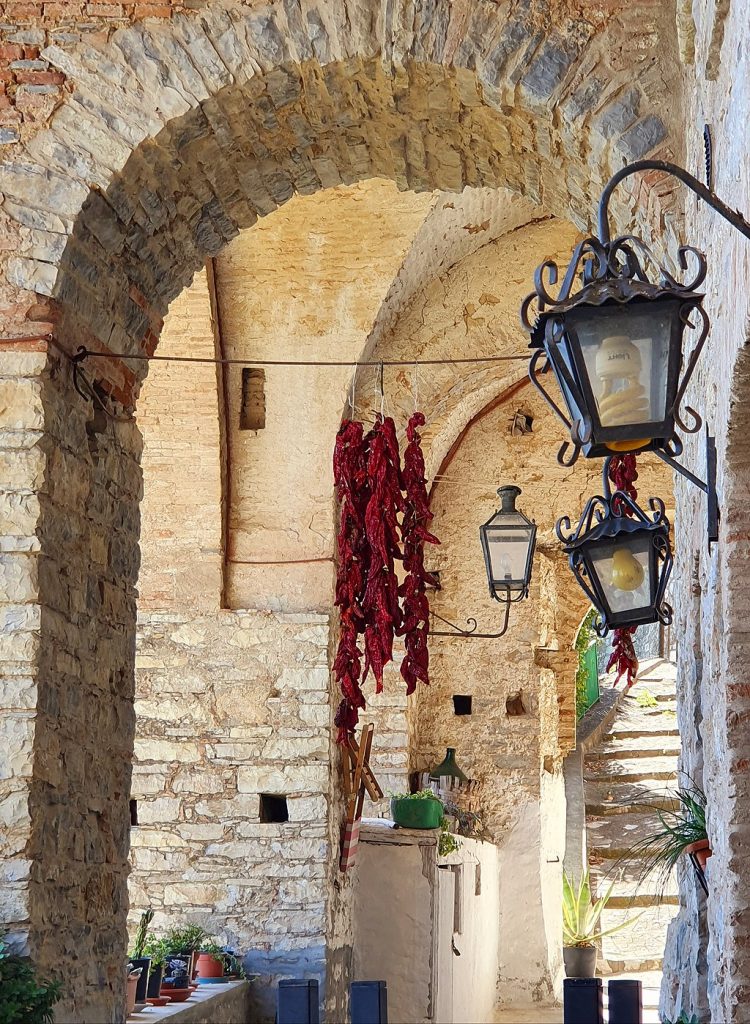 Speaking of incredible views, don’t miss the belvedere with views of the Ionian Sea and the Gulf of Taranto that stretches from Puglia to Calabria. It truly is the “Balcony overlooking the Ionian”.

There are several royal palaces that range from the 16th through the 19th centuries with Palazzo Rondinelli being the oldest. Built by the Agnesi family, Palazzo Rondinelli still has its watchtower intact (known as the Torre del Carcere) dating to the year 1518. For even more breathtaking views from a higher vantage point, be sure to go to the top of the watchtower.

Churches include the Chiesa Madre or the Church of Santa Maria delle Grazie, built in the late 1500s with many additions over the centuries. The Church of St. Anthony was the last convent dedicated to the saint in the entire region and dates to the year 1650.

But besides all these historical buildings, for most tourists, the best part about Rotondella will simply be wandering around aimlessly through its narrow alleys, staircases, and fascinating arches. It is one of the most authentic villages in all of Italy and you will want to allow time to appreciate it thoroughly by talking to the locals (or gesturing with them if you don’t speak Italian), tasting its dishes and wine, and if you’re lucky, participating in its festivals. 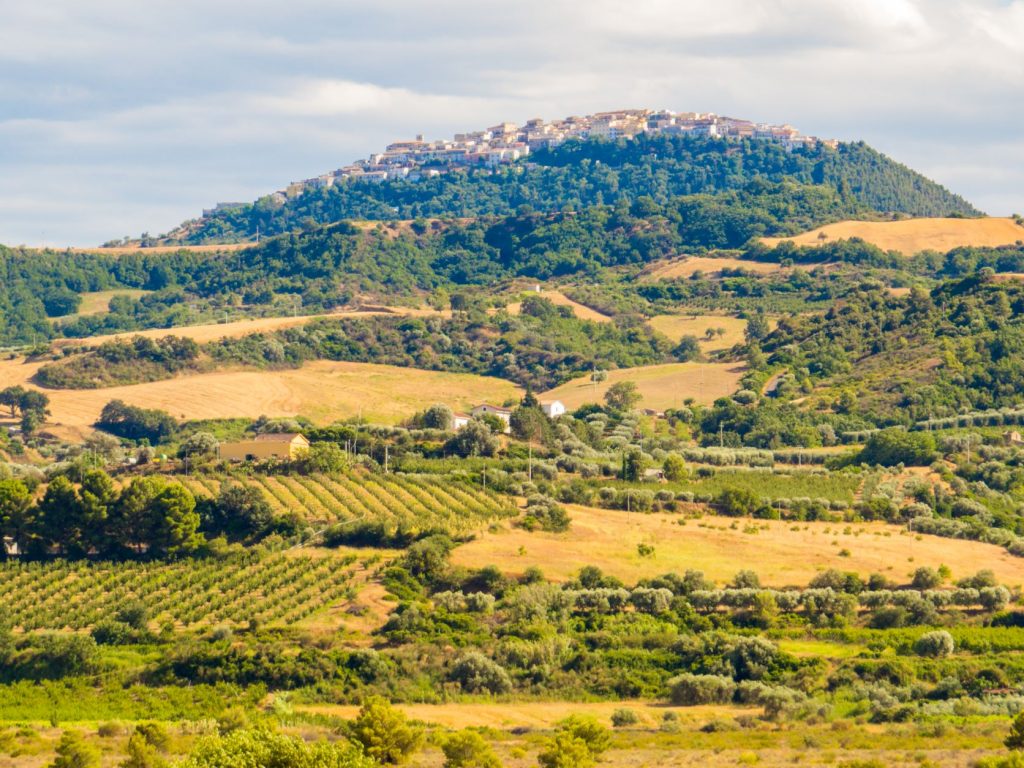 There are three dishes in particular that can only be found in this area so you need to make a point of trying them while you’re here. Two of them are pasta dishes: Pastizze (a sort of calzone filled with meat, egg, and cheese) and Frizzùli ca’ middiche (homemade pasta topped with fried breadcrumbs or meat sauce). To satisfy your sweet tooth, try the Sospiro, a spiral-shaped pastry that reflects the shape of Rotondella itself. Apricots grow particularly well in this area so you’ll notice that lots of recipes include them as well.

In the Immediate Area

If you’re traveling by car, you’ll be very close to other fantastic natural attractions like the Candela Canyons (Gole di Candela) at the foot of Mount Coppolo. Trekking, horseback riding, and even rafting excursions can be organized for a very reasonable price through experienced guides such as Basilicata Adventure. Mount Coppolo itself is thought to be the location of the ancient city of Lagaria, founded by Epeius who constructed the Trojan horse!

Some of the most beloved festivals in Rotondella include the feast of St. Anthony (patron saint) on June 13th; the apricot festival in late June and early July; and the Rotondella summer festival from late July through mid to late August. In the wintertime, don’t miss the unique bonfire festival dedicated to St. Anthony of Abate (January 17th).

Read more about the Basilicata region in these articles: Matera: What to See in Sasso Caveoso and Barisano; Policoro and Nova Siri

If you’re looking for a place to stay in the area,