The Village of Tricarico: Delving Into the Heart of Basilicata

The southern region of Basilicata is full of mystery, of ancient traditions, and permeated by traces of those that have come before. Its “city of stones”, Matera, has come into the international spotlight with a twenty-percent increase in foreign tourism during the last ten years. Now, that the proverbial cat is out of the bag about its capital city, it’s time to explore the region even further going to its very heart. Today, we’re going to the village of Tricarico.

This rugged territory is known as Lucania and it is, in short, ancient. The Lucanians were an Italic tribe who lived in the area around the 5th century BC. Tricarico itself lies almost exactly 50 km from Matera and from the region’s only other province, Potenza. At 700 meters above sea level, it is considered mountainous and still, somewhat isolated.

The first hard evidence of a true city existing after the Lucanians dates to the 9th century under Lombard rule. Between the 9th and 10th centuries, Tricarico was an Arab stronghold as evidenced by numerous architectural features still standing today, including the Saracen Tower. More is known about the Byzantine rule of Tricarico which lasted from the year 968 AD to approximately 1048 AD when the Normans came into power.

Highlights in the Historic Center

The Santa Maria Assunta Cathedral was a Romanesque church built in the 11th century although not very obvious to the untrained eye as most of the original architecture has all but disappeared. It would now be considered Renaissance-Baroque with its spectacular fresco by Todisco. Louis I of Anjou was actually crowned King of Naples here in 1383. 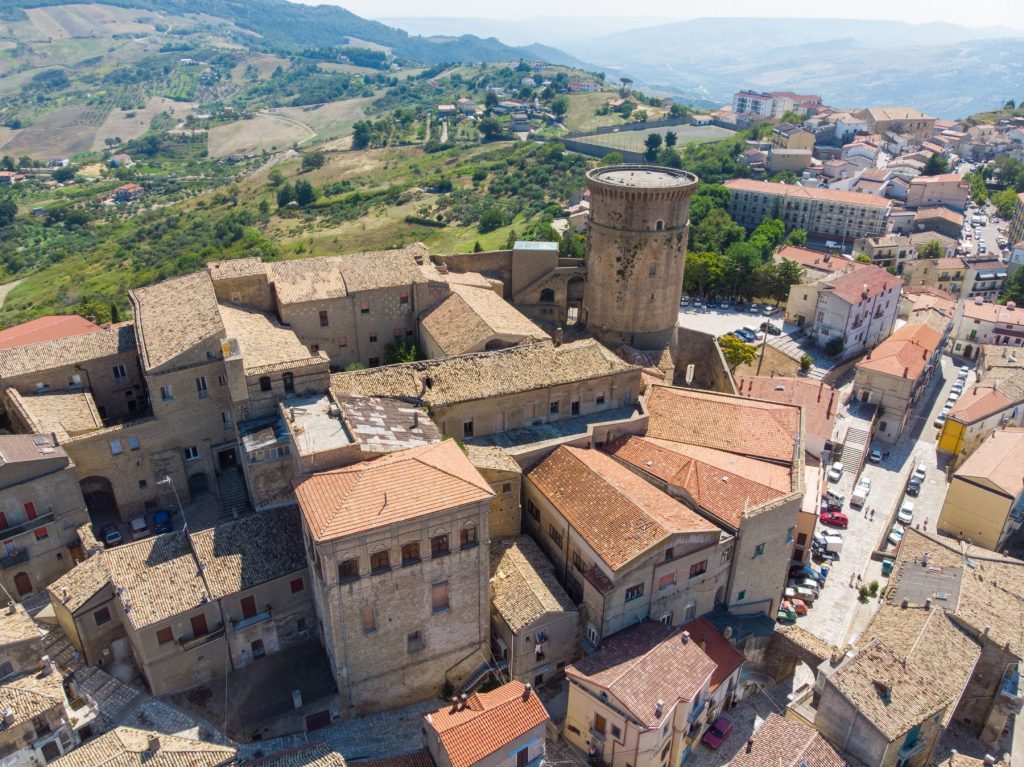 In addition to the Rabatan Tower and the Saracen Tower, both of which date to Arab rule, the Norman Tower is probably the single-most recognizable symbol of Tricarico. It stands 27 meters tall with walls 5 meters thick at the southern entrance to the village, opposite the ancient Arab section of town.

The ancient walls and fortified gates of the village are still intact and include the Fontana (look for the original hinges from the 13th century), Monte, Ràbata and Saracena (10th century), Vecchie, and Beccarie.

Probably the most fascinating part of the village is the Arab quarters of Ràbata and Saracena. The labyrinth-like layout is typical with secondary roads, or darb, departing from the main road, or shāri. Don’t be surprised if you end up at a dead-end, known as a zuqāq in Arabic. This is in stark contrast to the Norman section of town also still intact.

Archeology: From the Lucanians to the Romans

If you’re interested in finding out more about the ancient peoples of Tricarico, you can start at the Ducal Palace, which originally dates to the 13th century and its archeological museum. In addition, there are four archeological sites in the immediate area.

In the rural southern regions of Italy, the people are extremely devout to Saint Anthony the Abbot (Sant’Antonio Abate) who is the protector of animals. In many areas, it is almost a cult following. His feast day is January 17th and in Tricarico, this is the official day that the Carnevale season begins. The ritual of lighting giant bonfires and a masked procession winding its way through the village reflects both pagan and Christian traditions. The entirely handmade costumes, instruments, and masks are like nothing anywhere else in Italy. 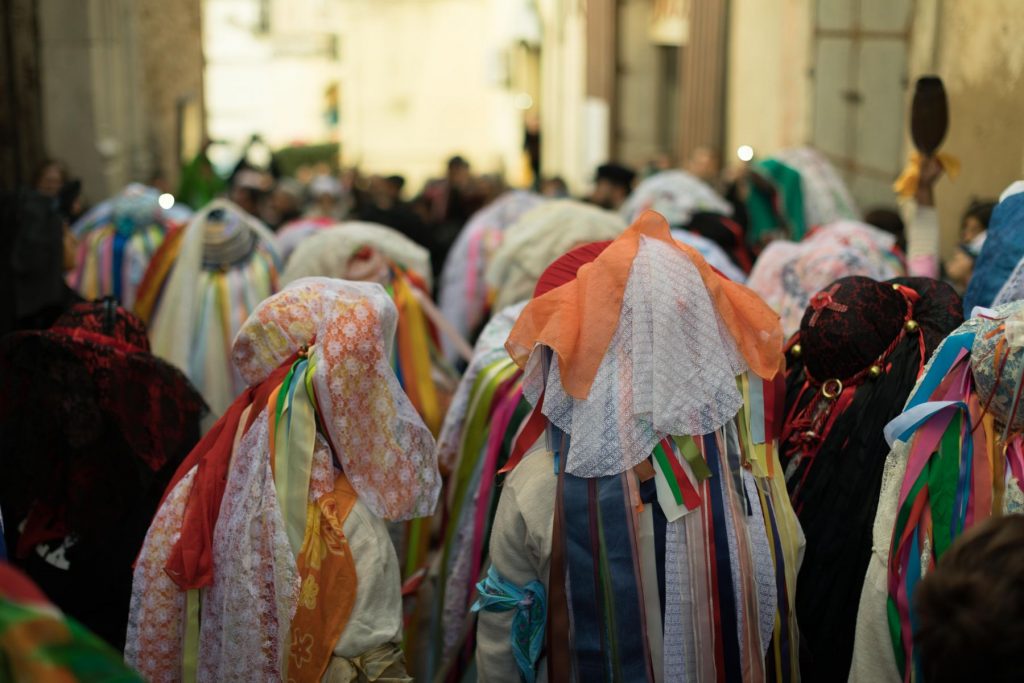 Agricultural practices are also represented reflecting the transumanza, or the transhumance, a kind of nomadism that moves livestock from winter to summer pastures, still widely practiced in many parts of Italy. The entire ceremony is repeated on Shrove Tuesday, the day before Ash Wednesday, or the beginning of the Lenten Season. To read more about Tricarico’s Carnival, click here.

Palazzo Lizzardi in Tricarico’s historic center is also a museum that has many of the above-mentioned costumes on display. Unfortunately, it is not always open.

Tricarico is one of those places where you will only find traditional food with local ingredients. Fresh pasta such as cavatelli and minuich (dialect for maccheroni) topped with a rich meat sauce or broccoli rabe (cime di rapa). Artichokes, peppers, legumes, and a wide variety of greens are also common. Don’t miss the taralli all’aviglianese which are sweet cookies flavored with anise and liqueur.

While you’re in the area, aside from visiting the UNESCO World Heritage city of Matera, you will be just kilometers away from the Gallipoli Cognato Regional Park or head toward the Ionian coast (just an hour from Tricarico) and visit Metaponto, Greek ruins dating to the 6th century BC.