Visiting Melfi, a Medieval City in the Basilicata Region

Italy’s southern region of Basilicata is one of the most intriguing and authentic on the entire peninsula. Matera (the “City of Stones”) has certainly become one of the hottest destinations as tourists continue to seek out locations off the beaten path. Allow me to introduce Melfi, a medieval hilltop village in Basilicata’s Potenza province. Getting here isn’t that easy and more than likely, none of your friends will have heard of it, but that is precisely what makes it so wonderful.

Although its historic center is blatantly medieval, don’t allow its appearance to fool you. People have been living in this area of Lucania since Neolithic times. There are at least two theories about Melfi’s origins: one believes that it was founded by the Greeks, and the other by the Romans. Occupied by both the Byzantines and then the Lombards, Melfi’s true hay day was actually during Norman rule when it rose to its maximum splendor.

What to See in Melfi

At an elevation of 530 meters (1,700 feet), and at the base of the extinct volcano Mount Vulture, the historic center is enclosed in the original medieval walls with towers.

Without a shadow of a doubt, Melfi’s most prominent feature and tourist attraction is its magnificent Norman castle. Largely still intact, it is one of the grandest in all of southern Italy. Built in the late 11th century out of limestone and brick, the castle played host to numerous historic events over the centuries and was the gateway between the regions of Campania and Puglia.

Today, it houses the archaeological museum and one of southern Italy’s most prized Roman artifacts, the Sarcophagus of Rapolla (165 AD). 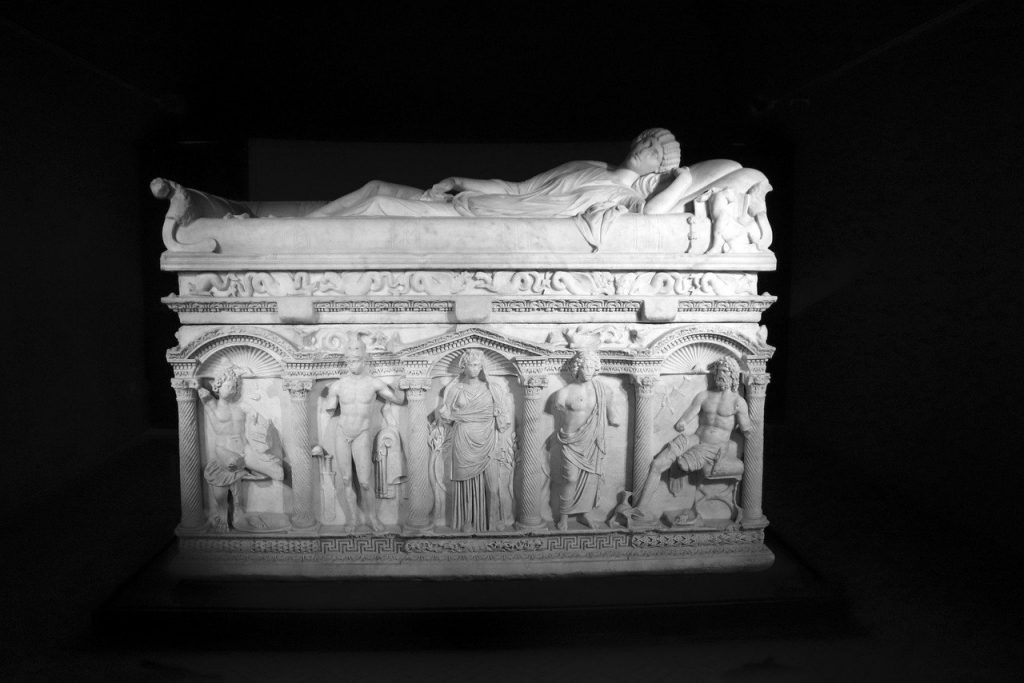 The Duomo, or the Cathedral of Santa Maria Assunta, was built in 1153 also by the Normans. After a devastating earthquake, the church was rebuilt mainly in Baroque style, and really the only part of the original building that remains is the bell tower. Inside, you will find a stunning 13th-century fresco, The Madonna With Child. 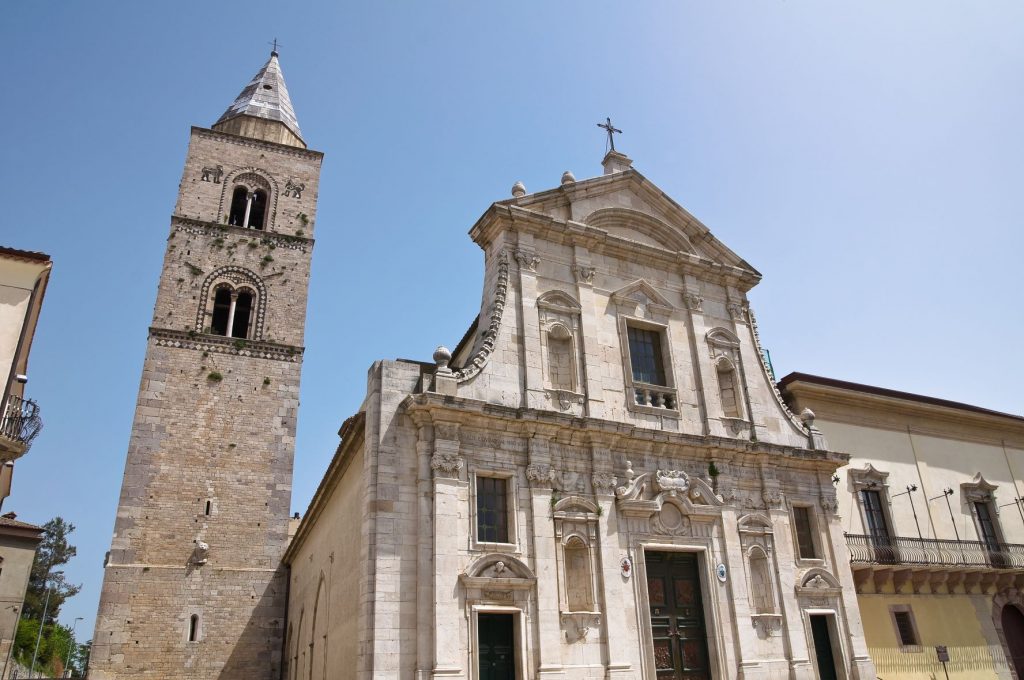 If you really want to experience something unique and truly off the beaten path then you cannot miss the rupestrian church of Santa Margherita just a few kilometers from Melfi. This single-room, cave church was carved out of volcanic rock probably around the year 1000 by the Basilian monks. It was magnificently frescoed between the 13th and 14th centuries and wasn’t even rediscovered until 1899. You can tour it with an expert guide by contacting Melfi’s Pro Loco Association.

If you happen to visit in the autumn, you can enjoy one of Melfi’s most famous food products: chestnuts. This particular variety is called Varola and is rumored to have been brought here by Frederick II from Turkey. It has even earned the IGP label which stands for “Protected Geographical Indication” meaning that it is unique to this area.

Melfi holds a chestnut festival on the third weekend of October every year with all kinds of dishes made from Varola chestnuts as well as an open-air market with other local products.

Make sure to pick up a bottle of the area’s prized wine, Aglianico di Vulture, made from the Aglianico grape grown in this rich, volcanic soil.

As we already mentioned, reaching Melfi is problematic without a rental car. The closest airport is 100 km away in Bari (Puglia). It is connected by railway on the Foggia-Potenza line, but you would still need a car if you planned to see other sights in the area, such as the magnificent city of Venosa. Nevertheless, you will not regret visiting Melfi!

Post Views: 53
Redattore
The Pyramids of Segonzano: Walking Among Giants
The Tuscan Village of Capalbio in the Maremma Area