The Riviera dei Cedri in Calabria

The Riviera dei Cedri in Italy’s southern region of Calabria is a vast land of cultivation of the ancient citrus fruit, the sacred fruit of the Jewish civilization, the citron. The riviera is a promontory just waiting to be discovered attracting visitors from all over the world. One of the most appealing features of this part of Calabria is that the distance separating the mountains from the sea is relatively short, making it quite unique in Italy and similar to the Liguria region.

From the Sea to the Mountains

This geographical feature allows visitors to alternate between the crystalline blue Tyrrhenian Sea to the Apennine peaks in Pollino and Sila national parks.

The area of San Nicola Arcella is especially famous for its natural sea caves like the stunning Arco Magno. Mini cruises that explore the numerous sea grottos along the coast are widely available. Be sure to catch the magnificent sunset through the natural window of Magno’s natural rock arch opening. 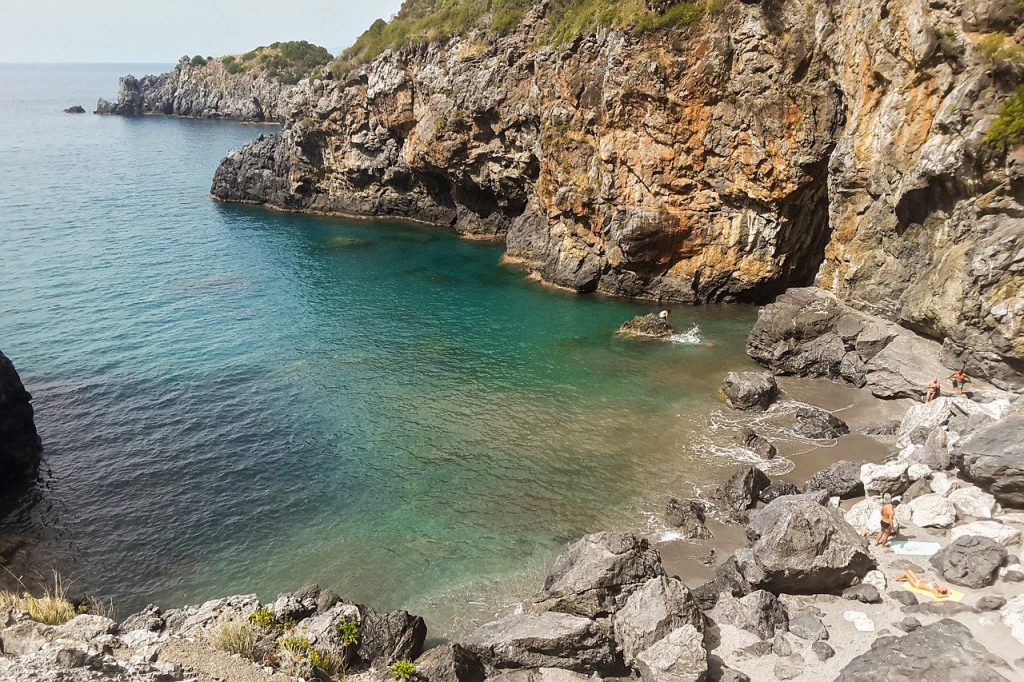 Tortora and Praia a Mare

San Nicola Arcella, as well as the beaches of Tortora and Praia a Mare, have all been recognized with the prestigious Blue Flag award.

Diamante and the Peperoncino Festival

Continuing south along the Tyrrhenian coast, you will come to the suggestive small town of Diamante, nationally famous for the Peperoncino Festival. Since its beginning in 1992, the festival has attracted people from all over Italy and beyond. The festival takes place in September which also happens to be the best month to relax on the fantastic beaches of the riviera.

A few meters away from the coast of Diamante, lies the tiny island of Cirella. From the coast, you can take a comfortable glass-bottom boat out to the island and marvel at the spectacular marine world below your feet.

Bonifati is an enchanting village with extraordinary landscapes and breathtaking views. It’s a must-see if you love the countryside and the sea. There are several artistically significant churches and architectural monuments located here including the Palazzo del Capo, Torre di Parise, Torre di Fella and the churches of Santissima Annunziata and San Francesco di Paola.

The gorgeous marina of Cittadella del Capo boasts crystal clear waters and cliffs overlooking the sea. This is a relaxing destination that is also perfect in the winter months away from the chaos and noise of the cities where you can savor local traditions and enjoy “slow tourism”. Take a casual stroll through the village until you reach the seafront and get a real feel for the local culture.

For those who choose to stay on the riviera, we highly recommend visiting the Citron Museum (Museo del Cedro) dedicated entirely to the precious citrus fruit. Citron is a powerful antioxidant used by local companies for the production of jams, liqueurs, and sweets.

In the month of August, Rabbis from all over the world gather in Santa Maria del Cedro to harvest the citron fruit known in Hebrew as Perì etz hadar.

I think we have you convinced that the Riviera del Cedro truly has everything a visitor could ask for.

Post Views: 198
Redattore
The Hermitage of the White Friars in Ancona
Hiking Around Palazzuolo sul Senio in Tuscany