Calabria is a region often underestimated from the cultural point of view, but among its mountains, there are places full of history and traditions. Mount Stella rises above the village of Pazzano in the Reggio Calabria province. The Hermitage of Santa Maria della Stella, a sanctuary literally wedged among the Calabrian rocks, is located here.

You can reach the sanctuary from Pazzano along a path that goes up the mountain. Along the way, you’ll enjoy a wonderful view of the valley and the Ionian coast. 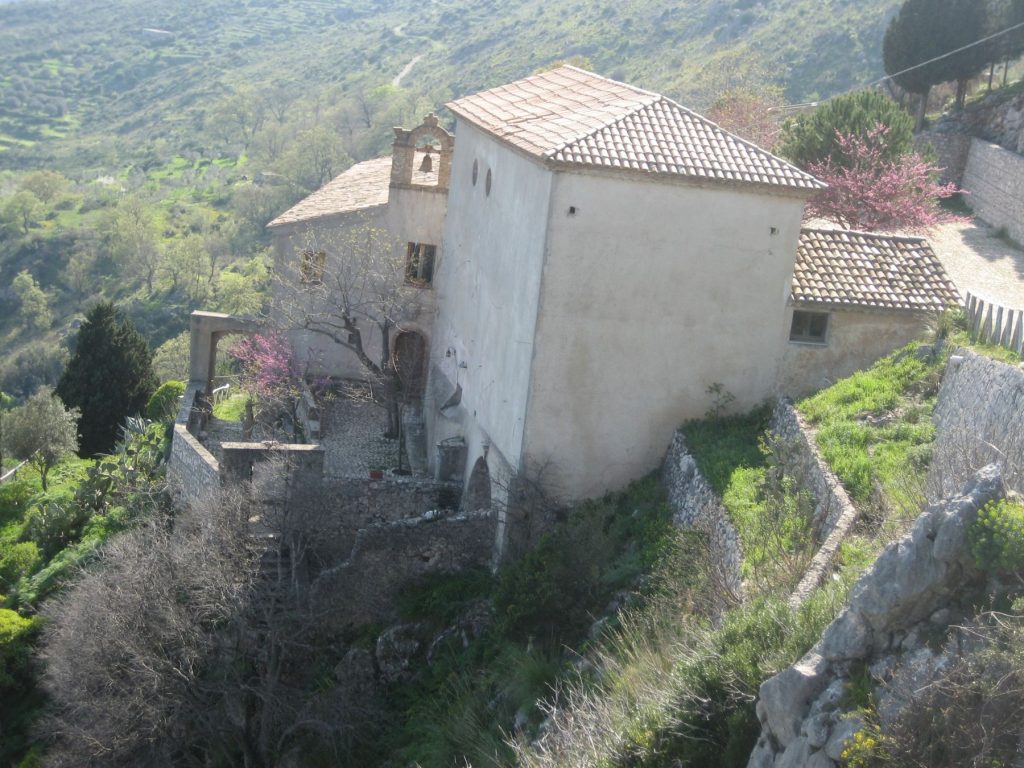 The hermitage is accessed by going down a long stairway of 62 steps carved into the stone. Once inside the cave, you’ll immediately notice the mystical air of the sanctuary. The statue of the Madonna della Stella (Mary of the Stars), the paintings of the Immaculate Conception, the Holy Trinity, and the adoration of the shepherds are all housed inside this grotto. Fragments of a Byzantine fresco depicting St. Mary of Egypt, which is thought to date back to the 10th-11th century, are also visible.

In the 11th century, Cristodulo, who was the monk of the hermitage, fled to Patmos, Greece due to the Saracen raids. With the end of the Saracen invasion, Paul, the successor of Cristodulo, returned to Stilo bringing back many manuscripts that formed part of the library of Santa Maria.

From 1096, in the Norman era, the hermitage became a minor monastery and Count Ruggero I yielded the Abbey of S. Giovanni Theresti of Stilo, the Abbey of S. Leonte, the Church of San Nicola and Santa Maria della Stella to the bishop of Squillace, Giovanni Niceforo. It became a sanctuary in 1522 when the statue of the Mary of the Stella that we see today was placed for the first time. From the Byzantine Church hermitage, it eventually became a sanctuary of the Catholic Church, and the old Byzantine icons which were abandoned were never to be recovered. 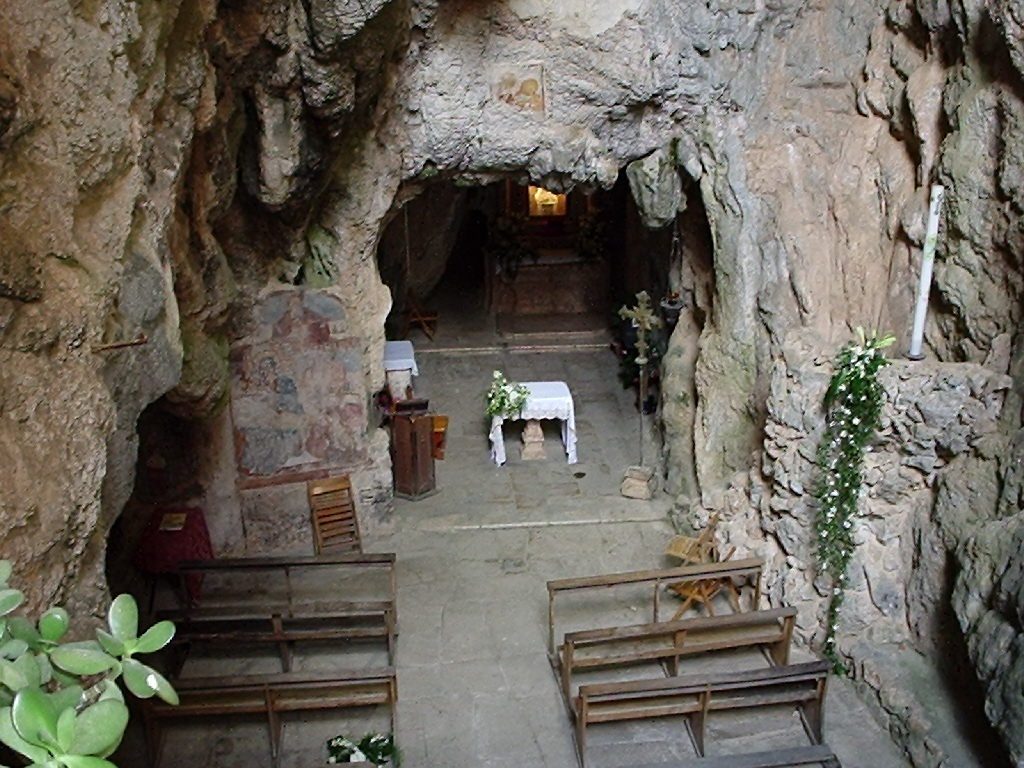 On August 15 every year, the celebrations of the Madonna of Monte Stella are held. On this occasion, there is a pilgrimage to the cave by walking along a mountain path that starts from the “old fountain” in Pazzano and reaches the top, near the sanctuary. The festival celebrates the Assumption of the Madonna and recalls the Byzantine Dormitio Virginis.

Many legends related to this sacred place have been handed down throughout the centuries. It is said that where the mountain is today there was once a volcano in which the devil lived. The Virgin managed to defeat him and threw him into the darkness. From that moment, in an act of devotion, the place of prayer that we see today was consecrated to the Savior.

Another legend refers to the statue of the Madonna. Given its large size, it could not be transported up to the mountain by man’s strength alone. The boat that was carrying the statue from Messina to Crotone stopped in Monasterace as if stuck or blocked by a supernatural force. A beam of light was emitted from the statue indicating the grotto of Montestella and it is said that shepherds saw the same Madonna heading towards the mountain carried by a calf. Once they arrived on the mountain with the statue, water began gushing out from a rocky cliff where two jars were placed. The miracle is that the jars never filled and since then, miraculous powers have been attributed to the Madonna of the grotto.

Not far from the sea, those who visit the hermitage will breathe in a regenerating peace and tranquility. People of great faith, and anyone who loves cultural treasures and breathtaking natural sites, will immediately be drawn to this sanctuary. The panoramic view from the mountaintop will transport you to a peaceful place of long ago.

See more ideas about what to see in Calabria!

Post Views: 1,351
Redattore
Tuscany: What You Absolutely Cannot Miss
What to See in Cagliari, Sardinia