Just 30 kilometers north of Naples, you’ll find one of the most exquisite palaces in all of Europe- the Royal Palace of Caserta. It rivals Versailles for its architecture and gardens, and by volume, it is the largest palace in the world. Let’s find out more about it! 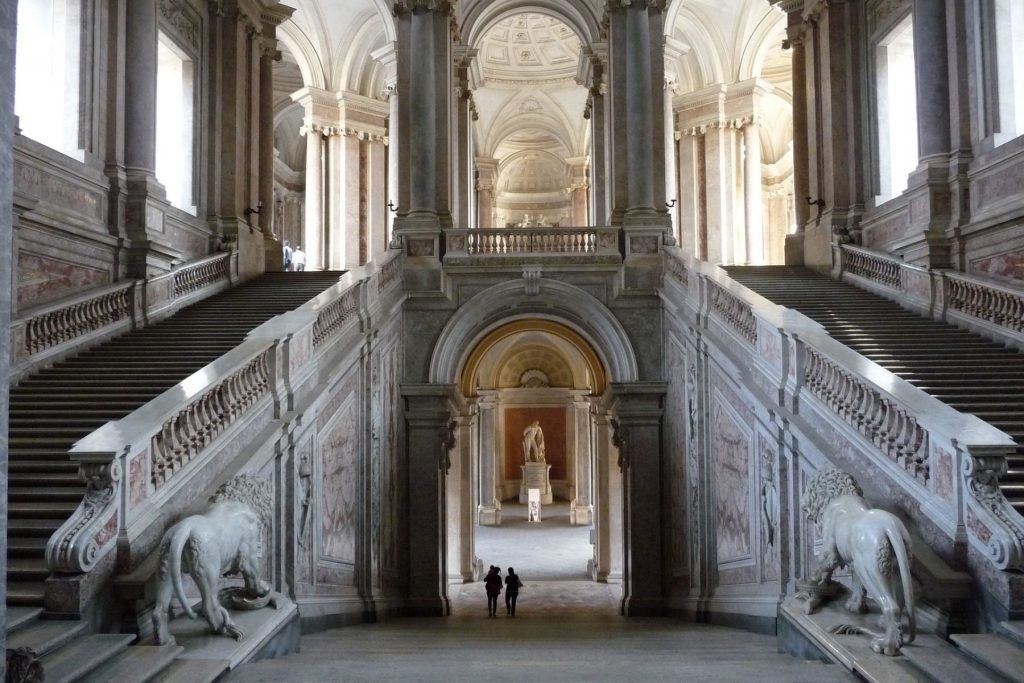 Considered a masterpiece of Baroque architecture, the palace was commissioned in 1752 by King Charles of Bourbon who had conquered the Kingdom of Naples in 1734. His engineer and architect of choice was Luigi Vanvitelli who had also worked on the Trevi Fountain as well as repairs on St. Peter’s Basilica. This palace was to be the center of Charles’ new kingdom.

Spanning over eleven acres, this massive complex has five floors and 1,200 rooms. The palace includes a court chapel, a Palatine library, and a theater modeled after the San Carlo Theater in Naples. The idea was to have the palace serve as not only a residence but also as a city including all the political and cultural elites of society at the time. A total of forty monumental rooms (more than Versailles) are covered in magnificent frescoes. The irony is that King Charles himself never slept one single night in the palace. He abdicated the throne to his son Ferdinand IV in 1759. 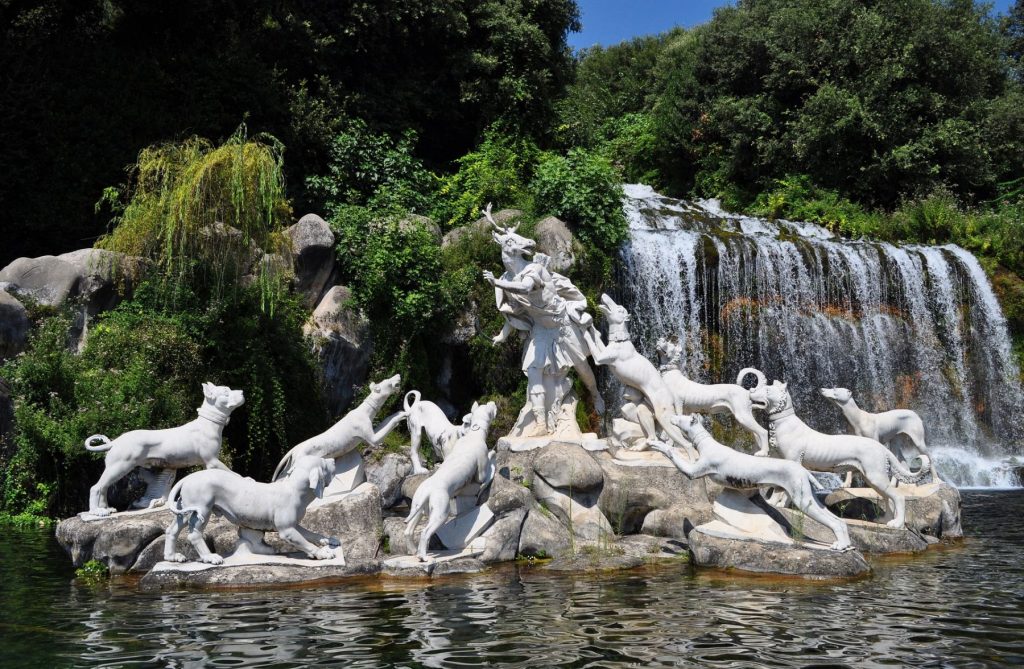 Modeled after the grounds of Versailles as well as 16th-century villas in Rome and Tuscany, Caserta’s unique site also included the surrounding woodlands. The area known as the Royal Park is a massive garden stretching across 120 hectares. It includes a botanical garden as well as fountains and waterfalls. It actually became Italy’s very first landscaped garden. The gardens are so extensive that visitors can bike through them or take a horse-drawn carriage ride.

Numerous films have used the palace for their sets including two of the Star Wars saga- Attack of the Clones and Phantom Menace. It is no surprise that the palace became a UNESCO World Heritage Site in 1997. Tours are available as well as various options for visiting the palace and gardens. Be sure to visit the official website prior to your visit.

While visiting the palace, aside from visiting the closest major city of Naples, visitors will also be fascinated by Casertavecchia which is the old medieval village of Caserta. Caserta also happens to have the “best pizzeria in Italy” as of a 2017 ranking. Famous for its mozzarella di bufala as well as eggplant parmesan, there is no shortage of delicious food in this region!