Tips For Visiting Furore on the Amalfi Coast

Chances are that you have never heard of Furore, a tiny village situated on the Amalfi Coast. While it’s often overshadowed by its competitors like Positano and Amalfi, Furore is not to be underestimated. This tiny village is probably best known for its bridge and fjord which is one of the most photographed spots on the famous coastline in the Campania region. It is not only a UNESCO World Heritage Site but it is also one of the “Most Beautiful Villages of Italy”. 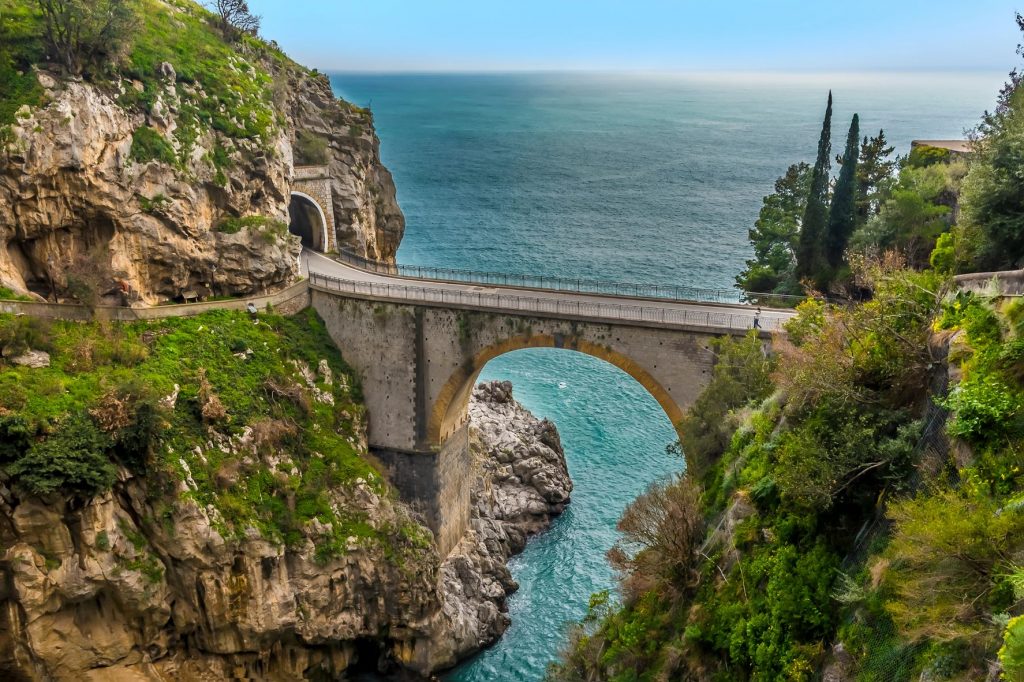 The “Wrath” of the Sea

“Furore” actually translates to wrath or rage in Italian and in fact, John Steinbeck’s monumental work The Grapes of Wrath is translated as Furore in Italian. If you’re wondering how this lovely seaside village got its name it refers to the raging sea crashing against the steep cliffs of the fjord. In fact, the Romans who settled here while fleeing the Arab invasions referred to it as Terra Furoris.

The town itself has fewer than 1,000 permanent residents and all of its houses are perched upon the cliff in an unbelievable manner. This fishing village was able to harness the “fury” of the Schiato river converting it into valuable energy that was used to power paper mills which are still visible today.

Among the colorful houses known as monazzeni you’ll also notice the artistic murals throughout the village, over 100 in total. There are four small churches here: San Giacomo (with exquisite Byzantine-style frescoes), San Michele, Sant’Elia, and Santa Maria.

Although its beach is only about 25 meters wide it is one of the most popular spots on the entire coastline. A combination of Furore’s 30-meter tall bridge, the sheer cliffs, and the sparkling turquoise water make for a dramatic and extremely romantic backdrop.

If you’re an Italian film buff, it won’t be a stretch to imagine Anna Magnani and Roberto Rossellini filming L’Amore (1948) on location here and ironically, where their love affair would come to an end. 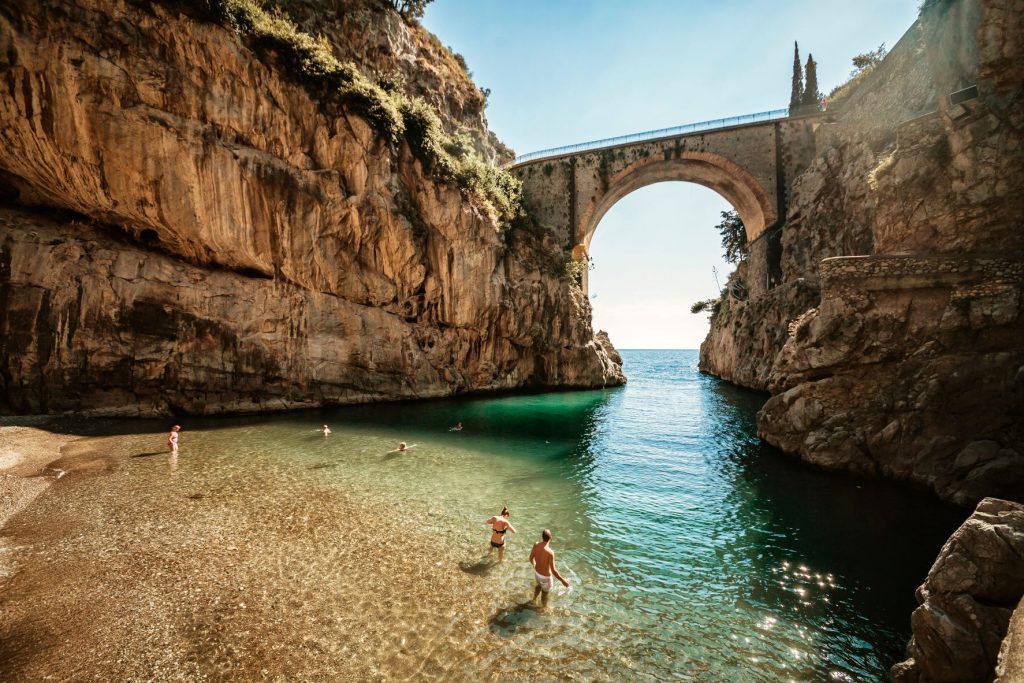 Tips Before You Go

Getting here, true with any location along the Amalfi Coast, is tricky, to say the least. To avoid getting a ticket, or worse, getting into an accident, the best way is definitely by bus. Get your ticket ahead of time for the SITA bus line that makes stops between Sorrento and Amalfi. The bus stop is located right at the steps leading down to the Fjord.

Timing is everything! In Furore’s case, we are referring to both the tourist season as well as the time of day. If you can possibly avoid July and August do so at all costs. Even though it is a tiny dot on the map of the Amalfi Coast, Furore is extremely popular and overcrowded. The best months to visit are by far May, early June, late September, and all of October.

Furore doesn’t enjoy sunshine all day so if you’re hoping to catch some rays, arrive mid-morning and stay until early afternoon.

You can also hike the area on any of its incredibly popular and breathtakingly beautiful trails including the Sentiero degli Dei.

Even if it’s just for an hour, we hope that we’ve convinced you to include Furore as part of your itinerary when you visit the Amalfi Coast. You won’t regret it.

Post Views: 74
Redattore
The Medici Chapels in Florence
Monforte d’Alba in Piedmont’s Langhe Region: Why You Should Visit