The Village of Castel di Tora in the Rieti Province

Castel di Tora in the Lazio region is one of the “Most Beautiful Villages in Italy”. This tiny village of under 400 people dates back to the times of the Sabines when it was called Thor. Today, it maintains its old-world charm in an exquisite context of nature and tradition. In this article, we’ll give you the essentials you’ll need to plan your visit!

Castel di Tora is about 50 km from Rome and just 20 from Rieti. This was the area of the ancient Italic people, the Sabines, and later, the Romans. Today, the village lies within the Monte Navegna and Monte Cervia Nature Reserve and by Turano lake. Castel di Tora is a charming rural village so typical of this area. Remains of its 11th-century fortress perched on a rock and the ancient city walls are still visible.

If you were to close your eyes and be transported back in time 500 years or more, you would see that Castel di Tora has remained virtually unchanged. The tiny alleys and passageways, the arches, and even the people, all seem to be frozen in time. 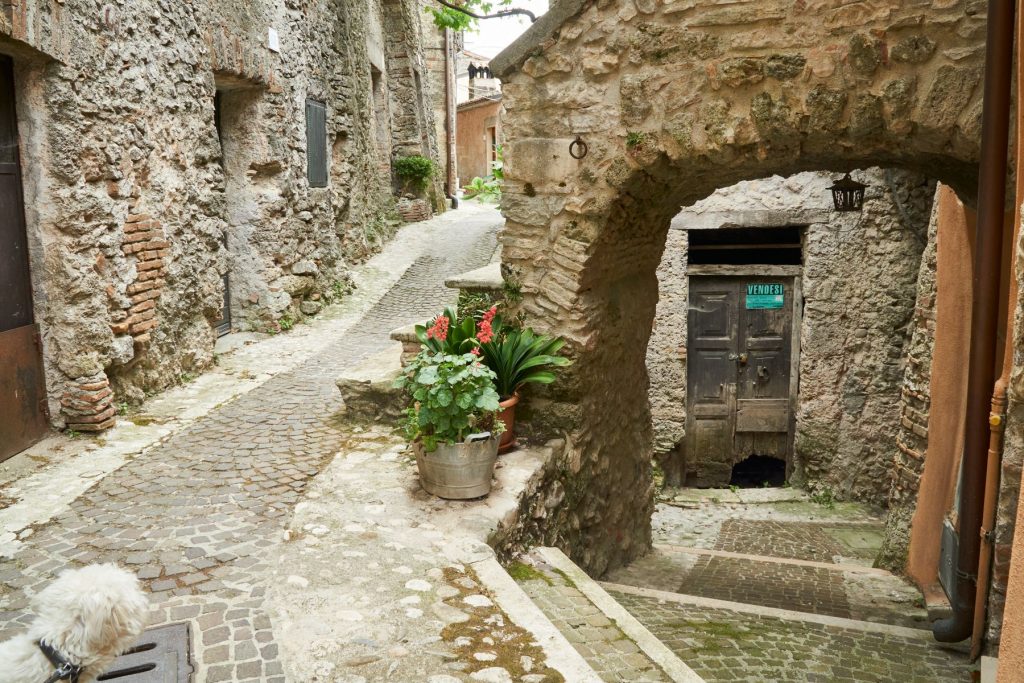 The Baroque church of San Giovanni Evangelista with its fully-restored bell tower date to the 16th century. The Triton Fountain in the main square dates to 1898. There are also Roman columns with their Latin inscriptions along via Umberto.

Other Highlights in the Area

On the opposite side of the lake, another interesting destination is the Sanctuary of Saint Anatolia dedicated to the patron of Castel di Tora. She was martyred by the Romans in the 3rd century along with another noblewoman, Victoria. They are depicted in the mosaics in Ravenna and Anatolia’s remains are in Subiaco. Every July, Castel di Tora honors her with a huge celebration.

Other villages in the immediate area include Ascrea and Paganico Sabino.

The most famous dish is probably polentone which is simply polenta cornmeal cooked over a fire in a cauldron and topped with a sauce made of cod, herring, tuna, and anchovies. Lake fish are a staple in the local diet and the most traditional pasta is called strigliozzi a kind of handmade macaroni. 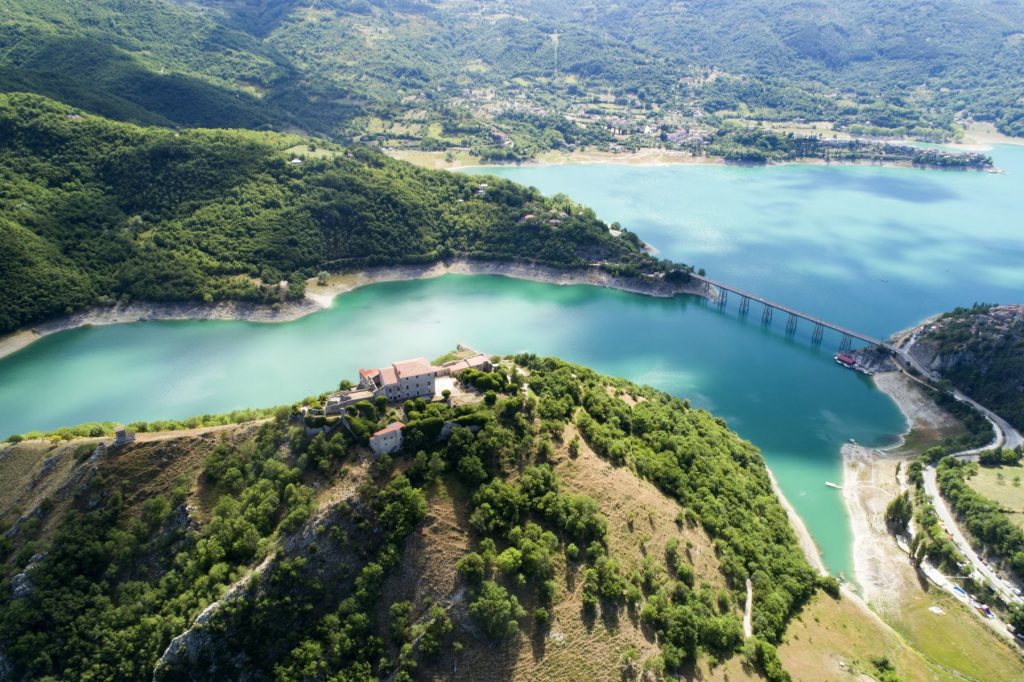 Although it’s not that large, the Monte Navegna and Monte Cervia Nature Reserve is truly beautiful. Dense beechwood forests, canyons, high-altitude meadows, and gorges will amaze any nature lover. This is a paradise for hikers and excursionists of all kinds. If you do decide to hike to the top of Mount Navegna (1,500 meters), do so on a crystal clear day and bring your binoculars. You will be in awe of the view! You can actually see the dome of St. Peter’s Basilica in Rome!

Just across the isthmus of Lake Turano lies the tiny village of Antuni and the Hermitage of San Salvatore which is also definitely worth exploring. The only way to visit is with a guide who can be contacted via this link (website in Italian only).

Post Views: 585
Redattore
November Events in Brisighella, Emilia-Romagna
Cremona and its Beauty from Violins to Torrone