Castellabate on the Cilento Coast

Castellabate is located on the stretch of the Tyrrhenian coast known as Cilento. Lesser-known to tourists than the more publicized Amalfi Coast, this area runs from Capaccio-Paestum to Sapri and is every bit as beautiful. 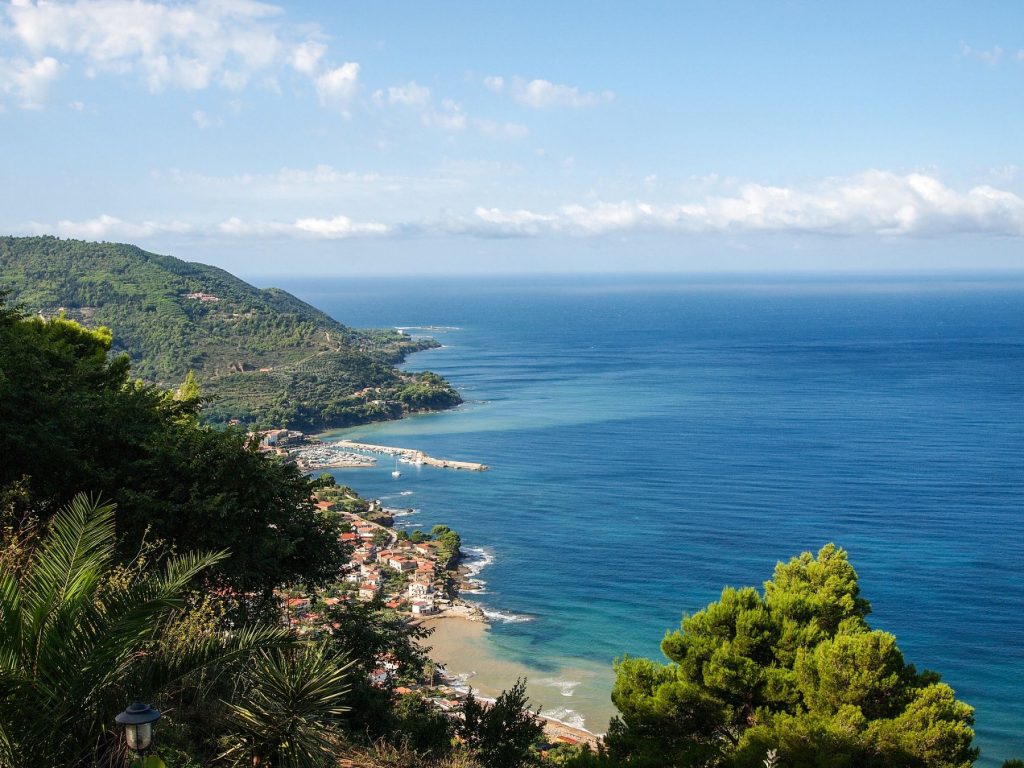 What to See in Castellabate

Castellabate literally means the “abbot’s castle” and refers to Saint Costabile Gentilcore who became an abbot and began the construction of Angel’s Castle in the year 1123. Today, you can visit the castle which is located in the heart of the historic center. It’s rumored that there were secret underwater passageways for the safe escape during Saracen raids.

Near the castle, you won’t want to miss the famous Belvedere San Costabile for a breathtaking view of the coastline. On clear days, you can even see the Amalfi Coast and the island of Capri. Sunset is recommended or if you can, go at two different times during the day!

Since the historic center is located on a hilltop (elevation 289 meters) its alleys and cobblestone streets are tiny and steep. Spend some time getting “lost”, shopping, and taking in the delicious aromas as you stumble upon little piazzas known as piazzette. 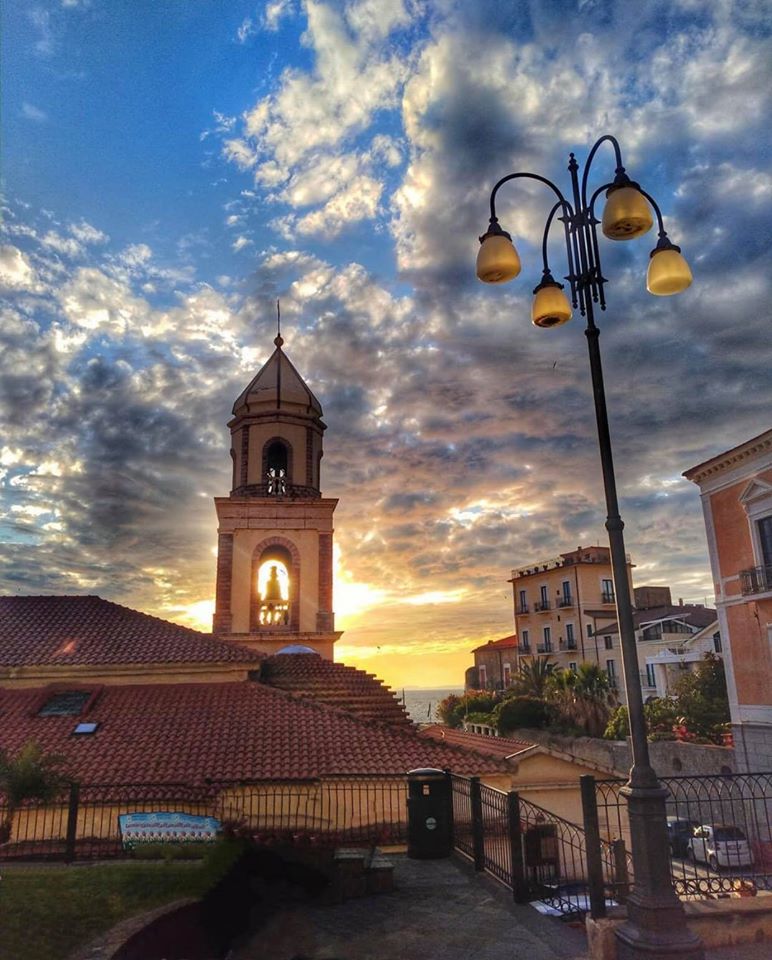 The church of Santa Maria di Giulia dates to the 12th century and its beautiful Maiolica tile floors are worth the visit. The Cappella del Rosario dating to the 15th century is also stunning and worth your time if it is open.

Remember that Castellabate has several other tiny towns that surround it and must be a part of your visit. One of these is Santa Maria di Castellabate. Often times when you see pictures of Castellabate, you are actually seeing the famous porticos of Santa Maria di Castellabate. Known as Porto delle Gatte (which means “port of the cats”), the porticos were built in the 12th century for the fisherman. Now, the illuminated openings of the arches (resembling cat eyes) are not only a landmark of the area but also house many shops, bars, and restaurants.

The Santa Maria a Mare (Holy Mary at the Sea) Sanctuary is a simple church dedicated to the Virgin Mary and celebrated every year on August 15th with a procession and festival. The current building dates to the 19th century, but records show that there was some type of church here as early as the 11th century.

Another fraction of Castellabate is the coastal town of San Marco. San Marco was actually the Roman city of Erculia. Its Spiaggia della Grotta (“Grotto Beach”) has a natural grotto where Paleolithic finds were discovered as well as an underwater Roman city and necropolis. 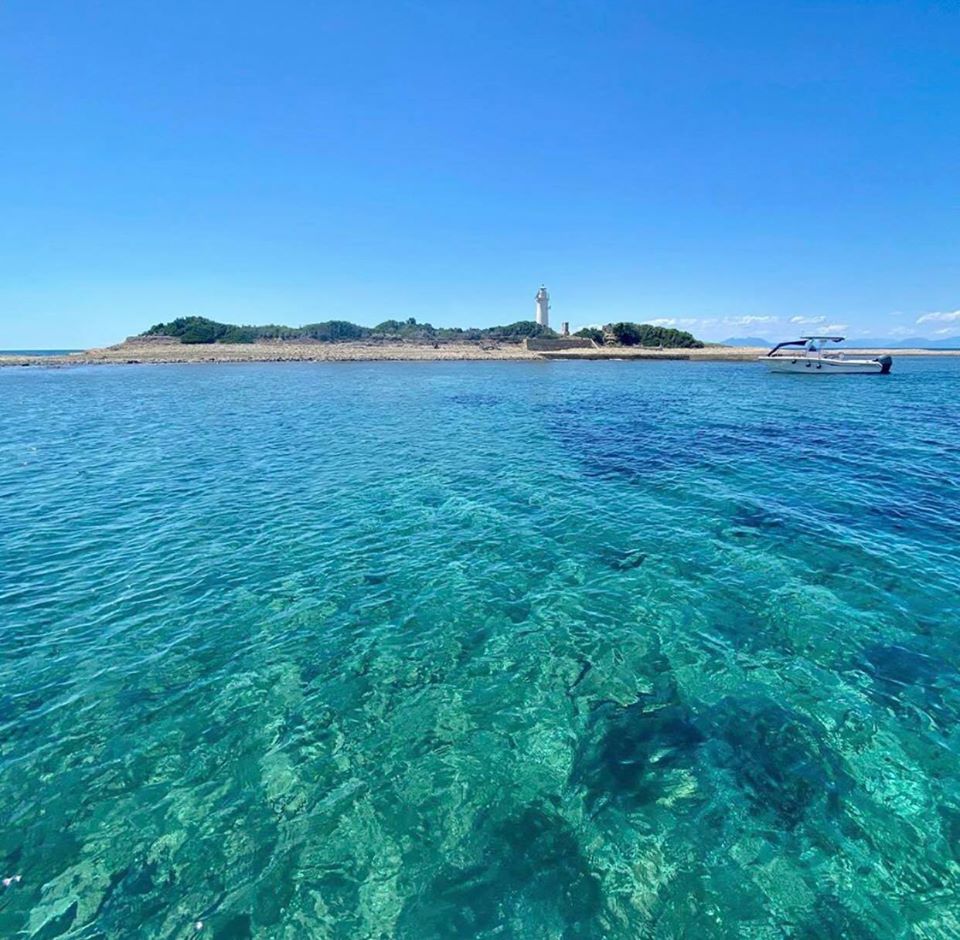 Now for the reason most people visit during the summer months- the beaches. The entire Cilento coast is known for its Blue Flag beaches and Castellabate is no exception. Here are the ones you’ll want to visit during your stay: Spiaggia del Pozzillo, Marina Piccola, Zona Lago di Castellabate, Spiaggia Grotta di San Marco, and Punta Licosa- the wildest of them all.

Post Views: 738
Redattore
Event in Tuscany: “Lavanda in Fiore” in Castellina Marittima
The Duomo of Siena: The Reopening of the Floors