Discovering Celano in the Abruzzo Region: Gorges and the Piccolomini Castle

The central Italian region of Abruzzo has become an increasingly popular tourist destination over the past decade. Natural beauty (e.g., Gran Sasso National Park), the stunning coastline (e.g., Trabocchi Coast), and some of the most beautiful villages in all of Italy (e.g., Pacentro) along with warm hospitality are just some of what makes this region so special. Celano is about an hour south of the major city of L’Aquila and an hour and a half east of Rome and should definitely make your list of priorities while visiting the region. Its Piccolomini Castle, village, and gorges will delight any visitor.

Celano lies in the area known as Marsica at an elevation of 850 meters above sea level (2,790 ft.) with a population of about 11,000 people. Throughout the centuries, it has been ruled by numerous invaders from the Lombards to the Normans to the Aragonese. 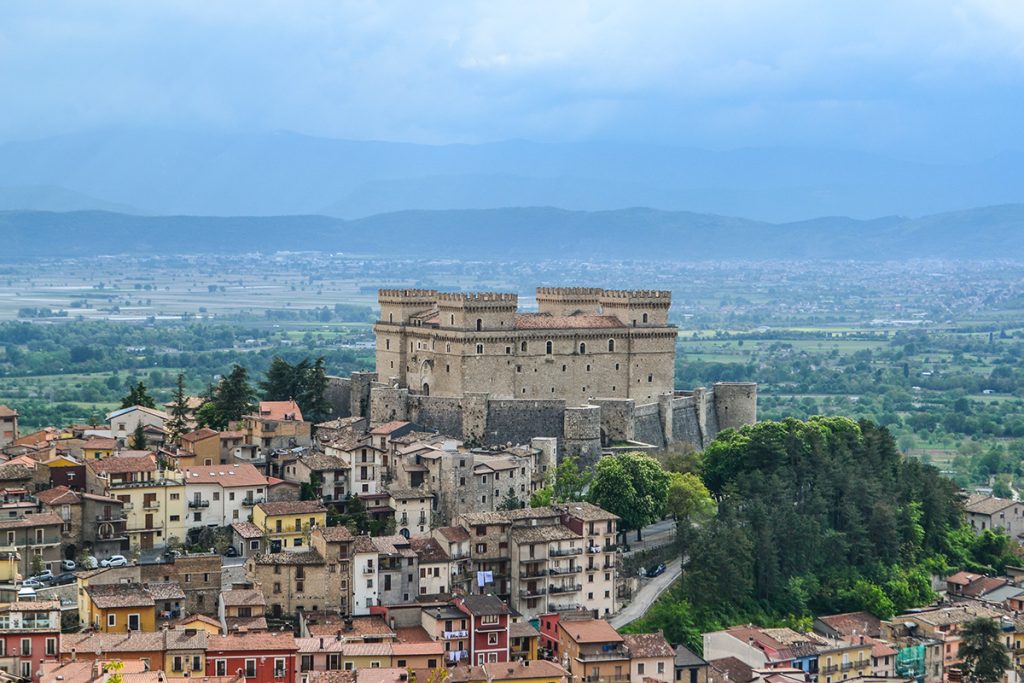 Built between 1392 and 1463, Piccolomini is a stunning example of both Medieval and Renaissance architecture. It takes its name from Antonio Todeschini-Piccolomini, nephew of Pope Pius II, who completed the work. Its rectangular plan with four towers and Ghibelline battlements make it visible from afar. It also has five round towers, eleven shield towers, as well as a drawbridge with a moat.

Just a few steps away from the castle, you won’t want to miss the Church of San Giovanni Battista (St. John the Baptist). This Romanesque church dates to the mid-1200s with 15th-century frescoes by Andrea de Litio of the Sienese School. Of utmost importance to the locals and the faithful, are the remains of Celano’s three martyrs and patron saints, Simplicio, Costanzo, and Vittoriano. 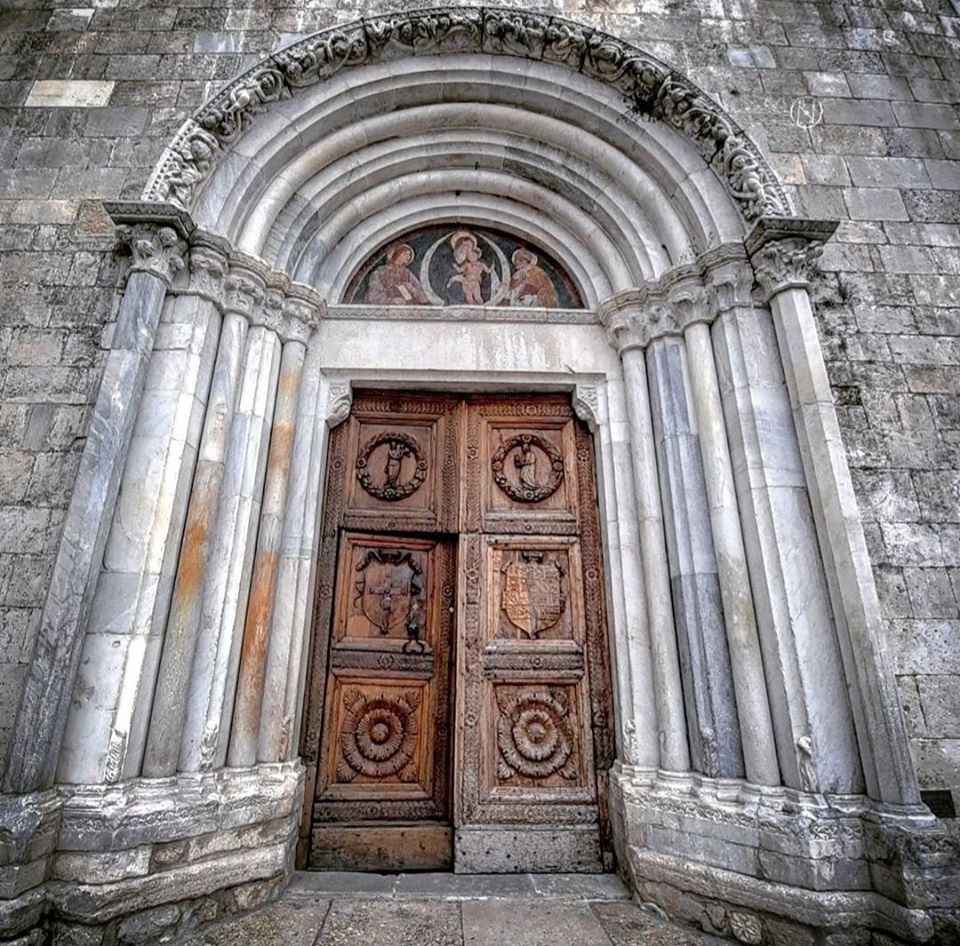 In the opposite direction, but still, only a 10-minute walk from the castle is another church of interest. The Chiesa di Santa Maria delle Grazie dates to the mid-11th-century and was the only church spared when Frederick II completely destroyed the city in 1223. It also contains exquisite frescoes.

For many visitors, what initially draws people to Celano are the gorges located just a few kilometers away from the historic center. The Gole di Celano as they are known in Italian are actually situated within the Sirente Velino Nature Park. Formed from erosion from the Foce river, the canyons were magnificently carved into deep gorges over time. In some places, they reach 200 meters tall! There are hiking trails that take you through the canyons and to the Fonte degli Innamorati or “Lovers’ Falls”.  The park also includes the famous archaeological site of Alba Fucens. 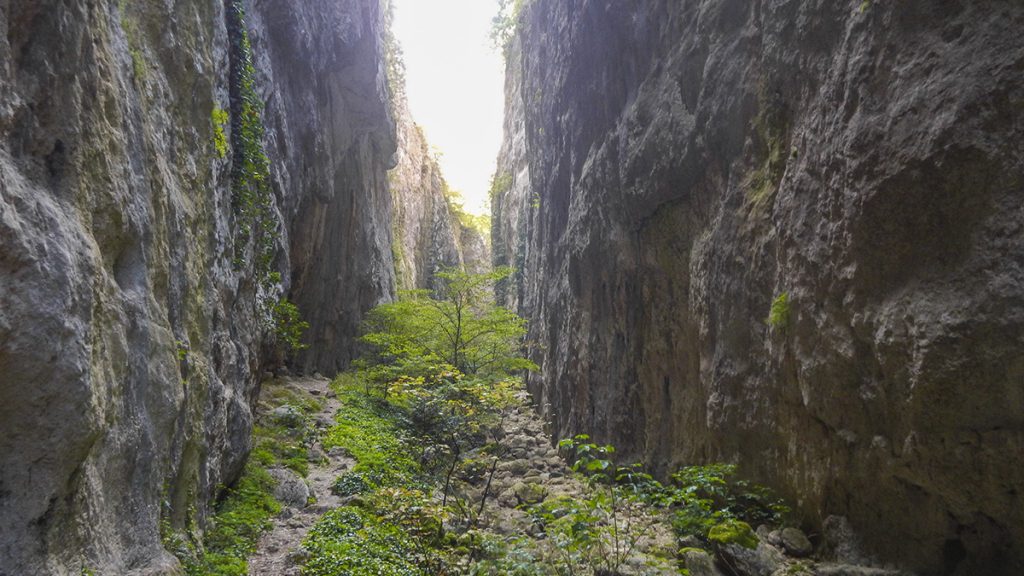 Make sure to continue on the trail to one of the oldest Celestinian monasteries in Abruzzo, the Eremo di San Marco alla Foce. There is documentation of its existence that dates to the late 1100s.

Late spring and summer are definitely the best time to visit the park since the trail can be dangerous depending on the weather conditions.

Celano was the birthplace of Blessed Thomas of Celano (Tommaso da Celano), the biographer and friend of St. Francis. It is also located on the 230 km route known as the Way of St. Francis (Il Cammino di San Francesco) which winds through parts of Umbria, Lazio, and Abruzzo.

Photo credits courtesy of: The City of Celano Tourism (https://turismo.comune.celano.aq.it/home)