Discovering Rieti and the Sabina Region

In the heart of Italy, in what is historically known as the true center, you’ll find the city of Rieti. Even today, it is virtually unknown to tourists. Rieti is in the area known as Sabina and its history dates back thousands of years. 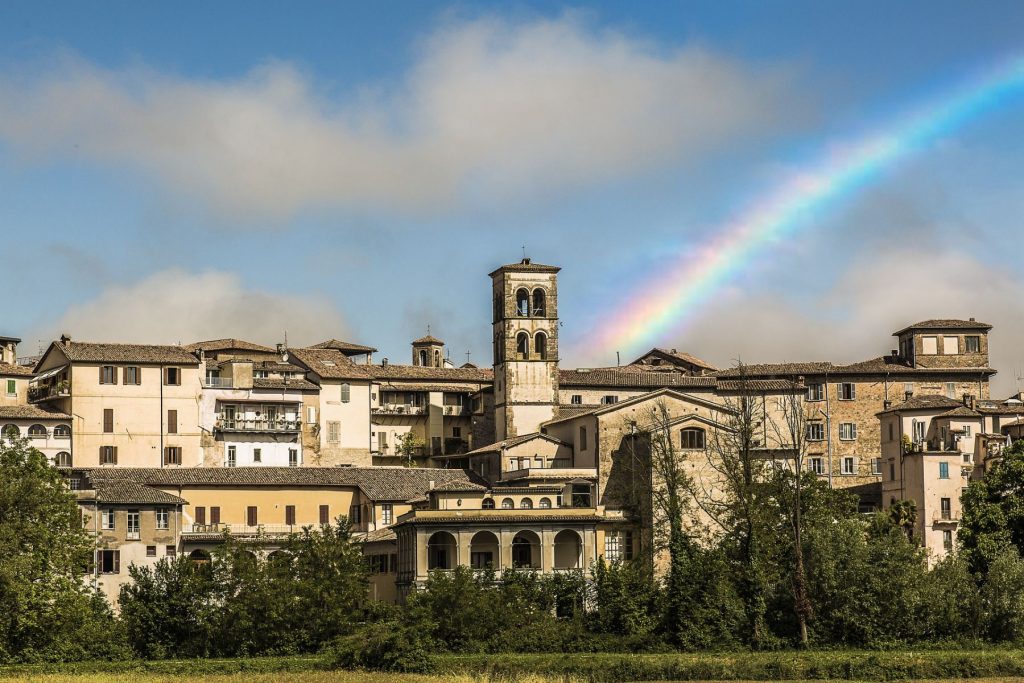 If the name Sabina sounds a little bit familiar, it could be because the Sabines were an Italic people that lived in central Italy before the founding of Rome. Part history and part legend tell that Romulus and his men kidnapped the Sabine women in order to populate Rome in the 5th century BC. Of course, the incident has been the subject of numerous artistic masterpieces throughout the centuries including The Rape of the Sabine Women by Giambologna as well as paintings by Rubens, Poussin and many others.

The city of Rieti is in the heart of the upper Sabine hills. During Roman times, lakes were drained and diverted leaving extremely rich, fertile soil that produces some of the oldest olive oil in all of Italy. Rieti was also part of the Via Salaria or the ancient salt route.

Traces of its ancient Roman past are still visible as you enter the city such as the ancient bridge (3rd century BC) that crossed the Velino river. At the time, the city would have been full of bathhouses, temples, and a forum yet only a few remains were recovered during excavations over the past two centuries.

Piazza San Rufo, although up for debate with Narnia, is considered to be the exact center of Italy. Rieti is also located along the southernmost part of the pilgrimage Cammino di San Francesco or the St. Francis’ Way which retraces the steps of the saint from La Verna (Tuscany) through Umbria (including Assisi) and finally ending in Poggio Bustone (Lazio). In fact, Rieti’s Church of Saint Francis dates back to the 13th century. From Piazza San Francesco, you can reach the Monastery of Santa Chiara in just a couple of minutes on foot.

Other churches of interest are Rieti’s Santa Maria Assunta Cathedral and its chapel with works from Bernini as well as the Gothic Church of St. Augustine with works from the Sienese school of painters.

The Palazzo del Governo in Piazza Battisti has a 16th-century loggia as well as a spectacular view of the surrounding countryside. Don’t miss it!

Other points of interest in the historic center include the Teatro Vespasiano which is considered acoustically-perfect as well as the Rieti Civic Museum in Piazza Vittorio Emanuele II. 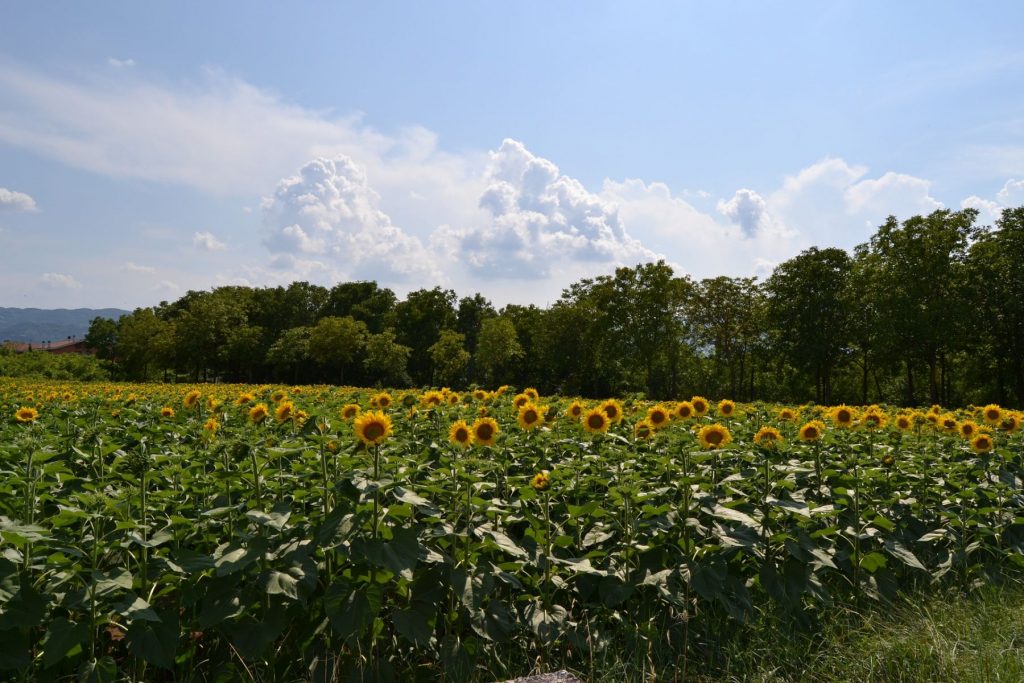 Part of this area’s charm and seclusion is due to the fact that it is still not connected by the autostrada. This can make getting here slightly tricky. Visitors either come by car or take the train which connects to Terni along the Sulmona-Terni regional railway. If you are coming from Rome, you will need to take the regional train to Terni and then switch trains to reach Rieti (about 2 hours total). Coming by car is preferred because it gives you the chance to explore the surrounding area.

Castles, abbeys, and monasteries abound in the entire province. Some of the most spectacular are the Castello di Rocca Sinibalda; Castello Rocca dei Cavalieri (Collelungo, Rieti) popular for weddings;  and Castello Orsini (Montenero Sabino, Rieti).

The area is also referred to as the “Holy Valley of Rieti” due to St. Francis spending so much time here. You can visit the Convent of Fonte Colombo (Rieti) where St. Francis fasted for 40 days and where he later had an eye operation. Nearby Greccio is where the Santuario di Greccio (also referred to as the Convento de Greccio) is located. It is known throughout the Christian world as the “Franciscan Bethlehem” because it was here that St. Francis himself represented the birth of Christ with the very first nativity scene in 1223. The Convento la Foresta (just 5 km from Rieti) is supposedly where St. Francis composed his Canticle of the Sun (Praise of the Creatures).

So let the spirit of adventure take you through these parts, stopping at all the mysterious castles and hilltop villages along the way. This is truly the best way to experience authentic Italy!

Post Views: 20
Redattore
The Castelpetroso Sanctuary
Nature and History in the Orobie, the Bergamasque Alps