Dolceacqua: The Medieval Hamlet in Liguria

Liguria is a region that boasts cities like Sanremo, Genoa, Cinque Terre, and the Italian Riviera but many fail to explore the rest of the region and its inland villages. Dolceacqua is one of these and it also happens to boast the Orange Flag Award from the Italian Touring Club. So let’s find out more!

Dolceacqua (which means “freshwater”) is situated inland along the Nervia river. It is only an hour’s drive to Nice, France, and only 10 km to the Ligurian coast! The first documentation of Dolceacqua dates back to 1151 when counts from Ventimiglia had the beginnings of a castle constructed in the hills here. With each passing century and changing of the guard, the castle was further expanded along with the village. 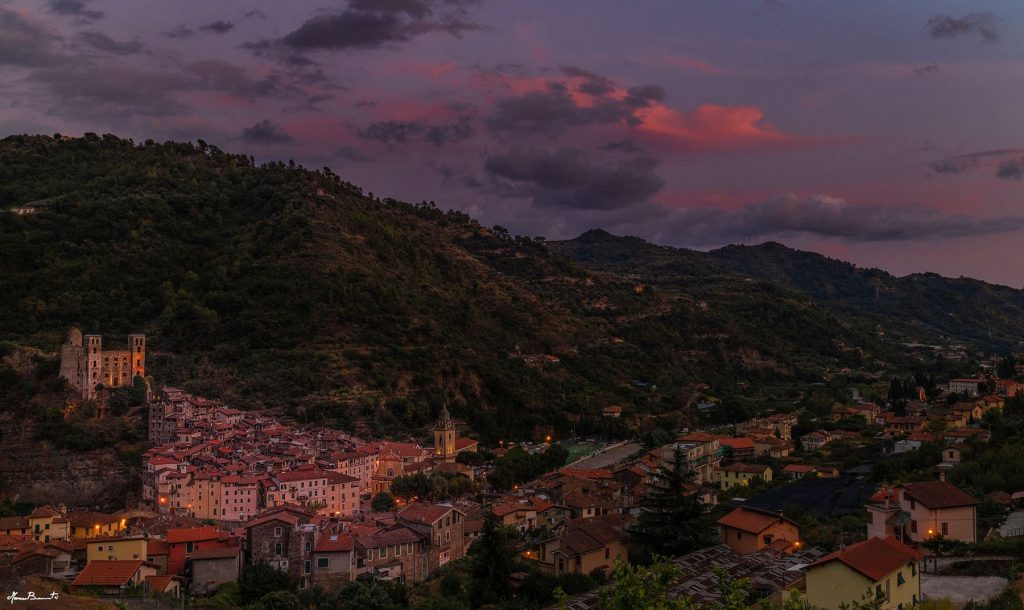 Today, this quaint medieval village has about 2,000 residents and in addition to being one of the “Most Beautiful Villages”, it also boasts the orange flag awarded by the Italian Touring Club.

What to See in Dolceacqua

Dolceacqua is divided into two areas by the river Nervia: the old village known as Terra and Borgo which developed later. The Ponte Vecchio (“old bridge”) is the bridge that spans the river and divides the two sections of the village. Claude Monet visited here twice (once in the company of Auguste Renoir) and the bridge and village were the subjects of his paintings.

The old town center, Terra, is where you’ll find the remains of the Doria Castle. The Dorias were the last and most famous ruling family of the area. The castle was of course used for defense and to monitor the goings-on of the valley as well as being used as a hideout. It has recently undergone reconstruction since it was in a state of almost complete abandonment. 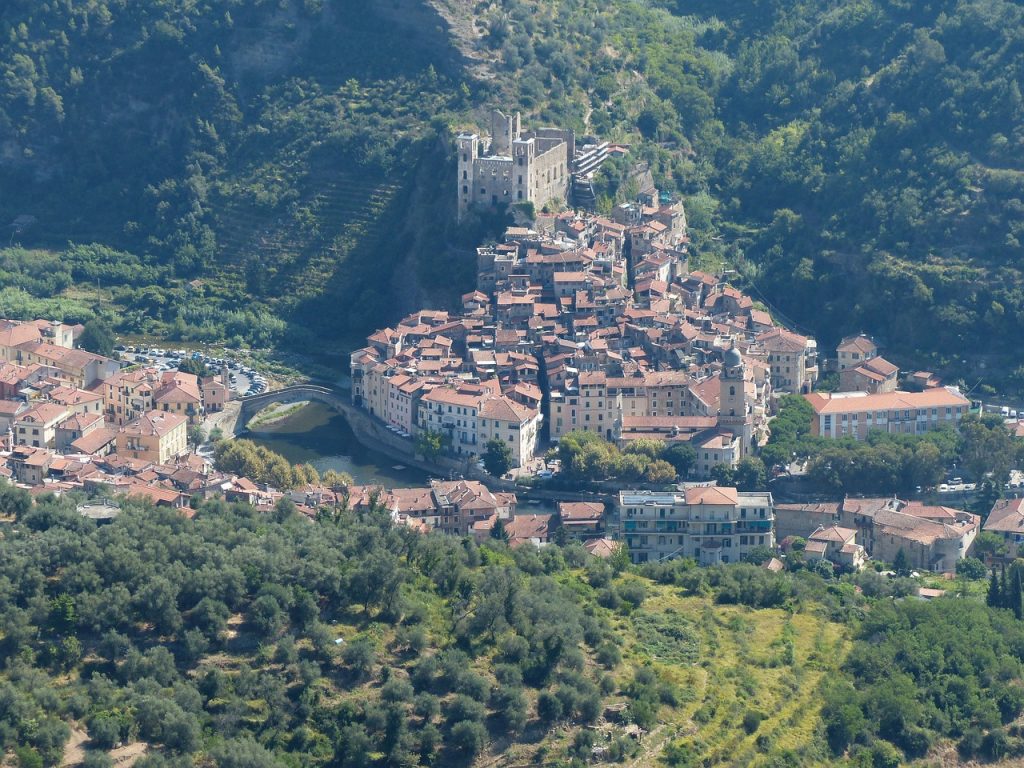 The Church of Sant’Antonio Abate dates to 1471 and has a lovely facade. Another must-see church is that of St. George which holds the crypts of members of the Doria family and dates back to the 12th century.

As you cross the old bridge from Terra to Borgo, be sure to notice the famous carugio Scasasse. In this area, tiny alleyways are referred to as carugi and this one links the bridge to the church square.

On the Borgo side, you can see the Oratory of St. Sebastian (part of the ancient goldsmiths’ route) and the Church of St. Filippo Neri, a symbol of Dolceacqua.

You can also take in some spectacular views of the village from up high by taking the Alta Via dei Monti Liguri from the Borgo side. 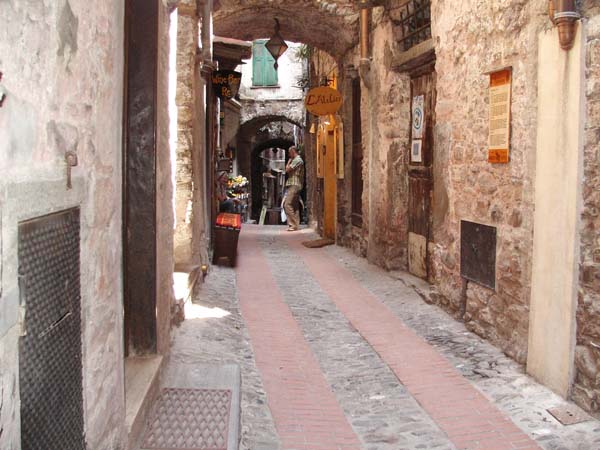 As you meander through the carugi, you’ll be amazed at the tiny artisan shops with their quaint window displays. And of course, the little restaurants and cafes will lure you in with their aromas.

Vineyards here have probably been cultivated since Hellenic times and Dolceacqua’s red is called Rossese di Dolceacqua DOC. Olive oil is made from taggiasca olives (known as Cailletier in English) which are less acidic than other varieties. The most famous dessert here is called the Michetta and it actually dates back 700 years! It is tied to a legend and even has its own feast day on August 16th every year. Pasta dishes include pesto sauces and potato dumplings (gnocchi) made out of bread crumbs. Meat dishes include rabbit, goat, and even stockfish. Try the Brusso cheese made out of goat milk.

You won’t regret taking a day trip (or longer) to Dolceacqua and experiencing the dolce vita!