Bologna Reveals Itself in Just One Night

Even if this is your first time in Bologna, you can already tell that something about this city feels different than any other place you’ve visited thus far. At dusk, something magical happens and it suddenly becomes clear why the people you’ve met during the day seem so happy to be living in Bologna. This is when nightlife begins.

In this article, I’ll tell you about all the places you can’t miss during your night out in Bologna and how to experience the city’s nightlife like a local. 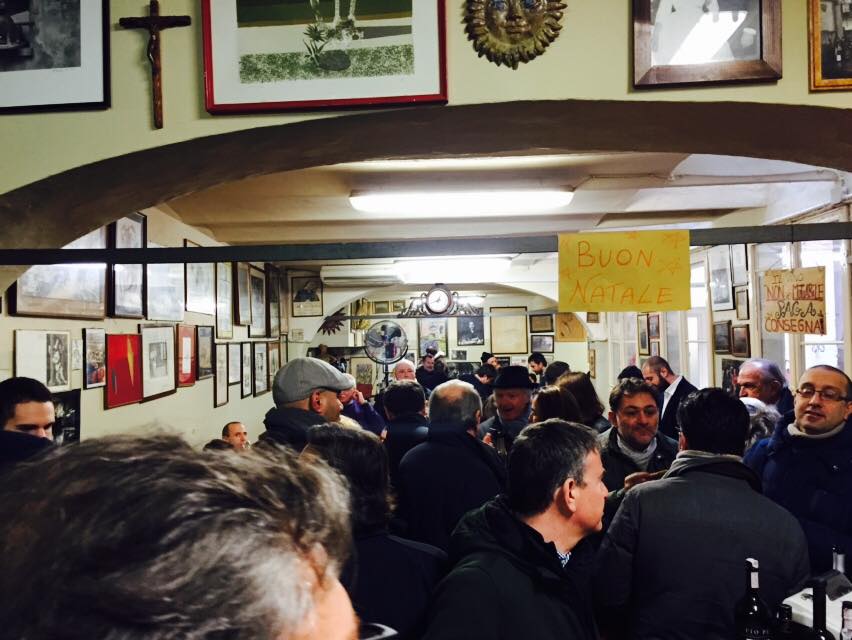 Our journey into Bologna’s nightlife starts at the Osteria del Sole. It’s a wine bar that attracts people from different social backgrounds: from the well-dressed law student, to the classic foodie, to locals. The latter can be easily recognized, not only by their unmistakable accent but also by their propensity to speak with whoever they meet, whether they know them or not. It’s a signature trait of a true Bolognese.

Tourists who come across the Osteria del Sole are usually intrigued by the people gathered in the narrow street leading to it. Then, when they sit at the bar, they’re amazed by the informality of the service and limited choices of local wines and beers. They’ll soon be enthralled with the engaging and joyful outbursts echoing throughout the bar.

The pub only serves drinks, but you can bring food from elsewhere and eat in the tiny but charming inner courtyard, where five or six tables are placed intimately closed together. 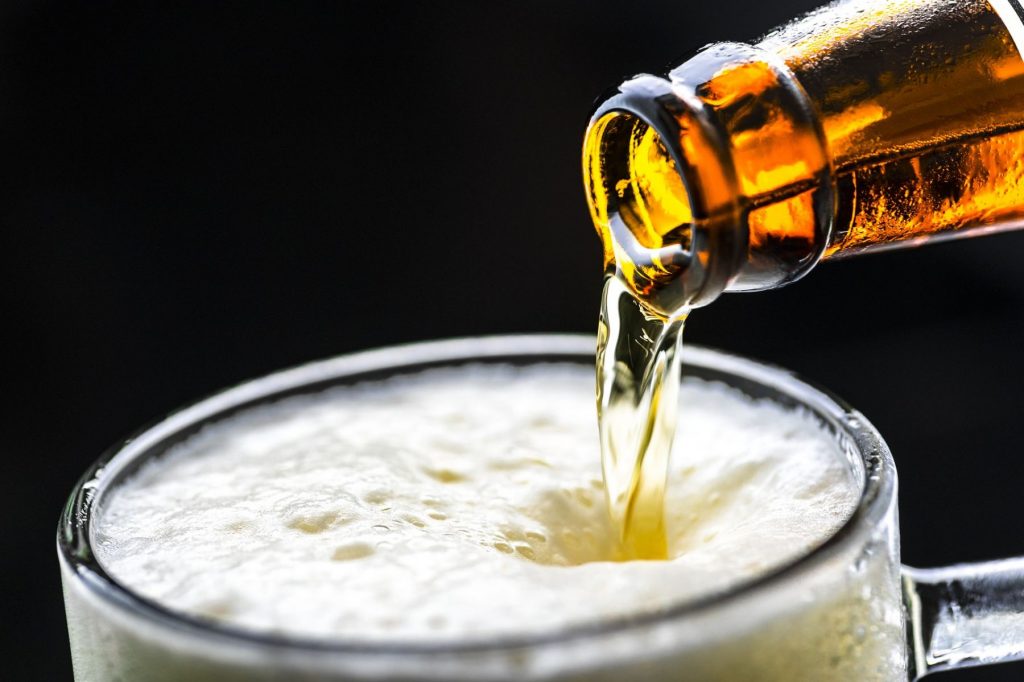 If you’re interested in a non-touristy place, I suggest you go to the Lestofante Pub. Located in a hidden corner of the city, this pub serves great beer (try “Lestofante’s beer”) and has a signature manifesto.

“Lestofante is a point of direct administration and sale of products of the farm Cà Montalbano (Brisighella), open without intermediaries.”

Getting back to our journey, after a couple of drinks at either Osteria del Sole or Lestofante, I recommend a stroll through Via Rizzoli and Via Ugo Bassi, to then reach another part of the city called Pratello, famous for being the heart of Bologna’s nightlife.

Here you’ll be immediately drawn in by the aroma of Pizzeria Tanta Roba‘s homemade delicacies. It’s not a “real” pizzeria, considering that it mostly serves Calabrian street-food and that it stays open until late night. I’d say it is rather a meeting place for those who, after a day of study or work, want to take a break and have a quick meal before going home. 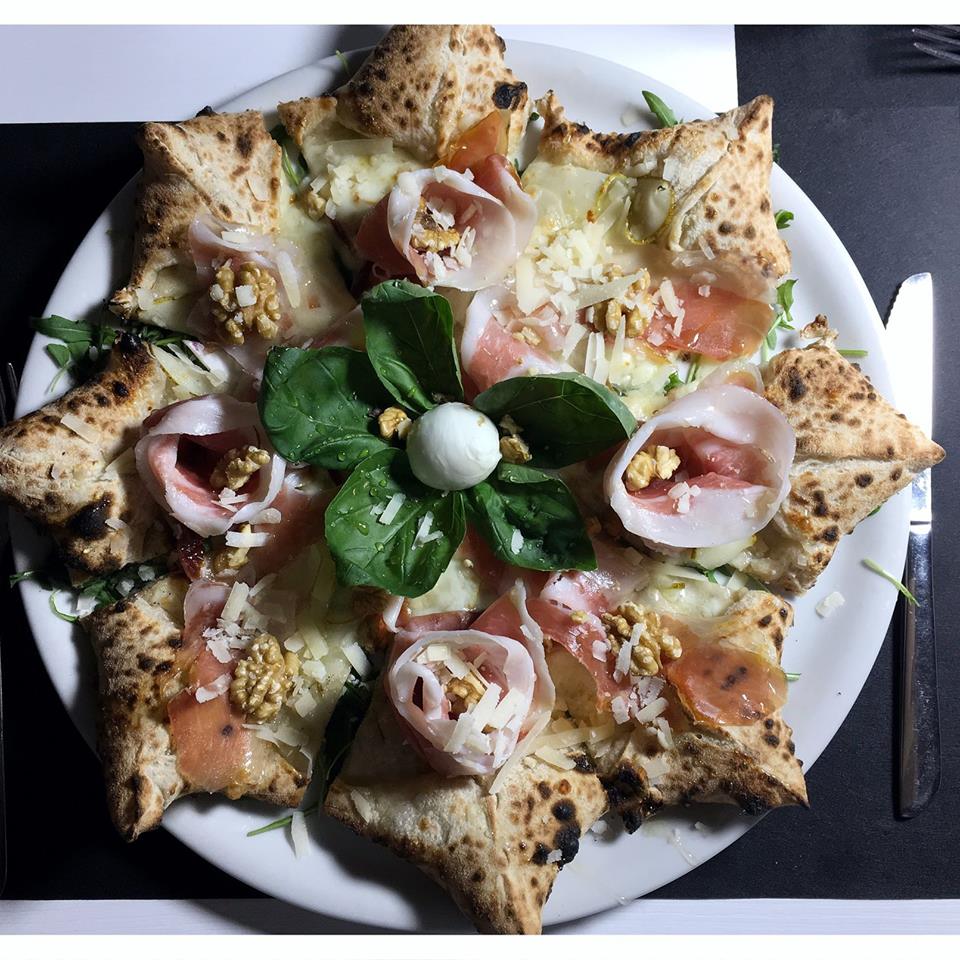 After sampling some of Pizzeria Tanta Roba’s menu, you’re ready to walk towards the heart of the Pratello area. If you really want to experience the night like a real Bolognese, you can’t miss these three pubs/breweries: the Birroteca Bukowski, the Barazzo and the Altotasso. I suggest you visit them in this order, like a schedule.

The first one, the Birroteca Bukowski, is a pub. It closes at 10:00 pm so you need to get there by 9. I warn you that there’s a chance, not even so slim, that you’ll find it closed because on that particular night the owner has decided to be a customer and enjoy his night in another pub. You might find it rude, but it’s actually the manifestation of the freedom to act and take life as it comes in true Bolognese style.

Anyway, Birroteca Bukowski is one of the few real bottle shops in Bologna and it is also a place where you can enjoy a good book while having your drink. There are a couple of tables inside and also a bench outside the entrance where you can sit. I think that’s the only reason it’s considered a pub and not just a shop. 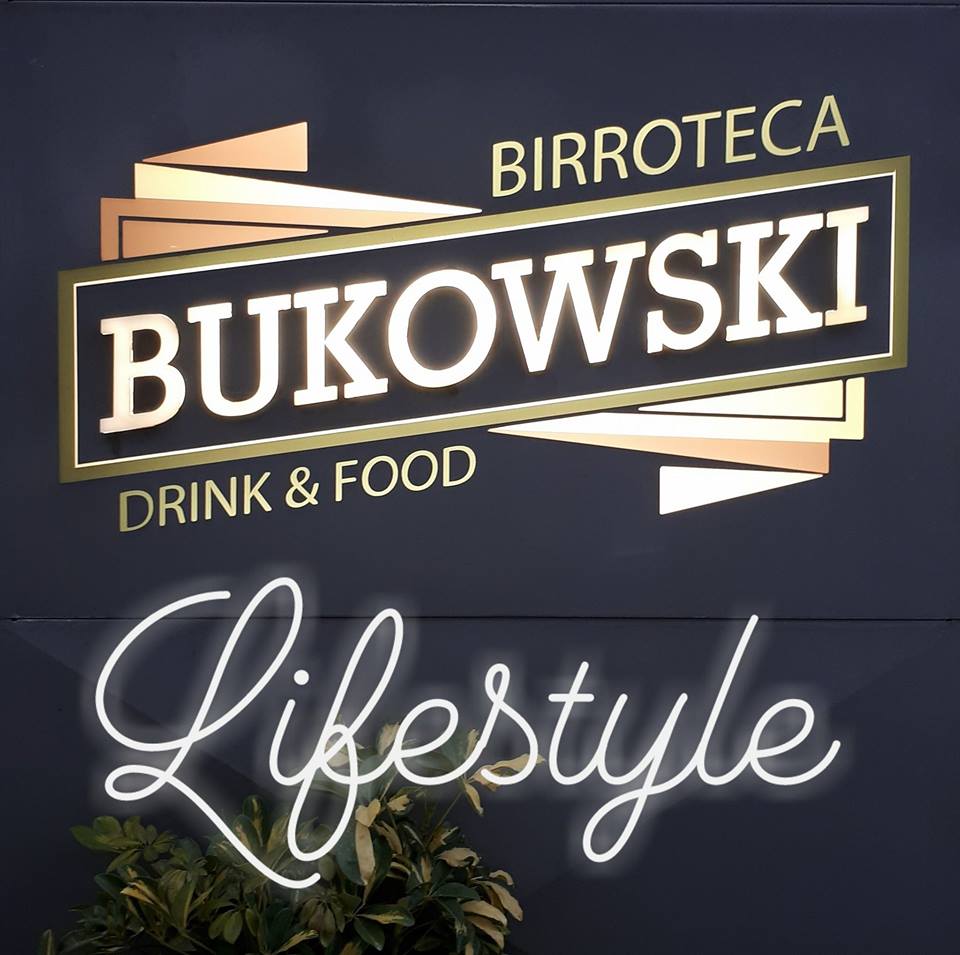 It offers a wide selection of beers, from the IPAs to stouts. Its regular customers are mostly beer connoisseurs, and this is obviously an indication of the beers’ great quality. While enjoying your drink, you may be entertained by the owner, who’ll tell you everything about his craft beer production and how this technique is now developing and spreading throughout Italy. 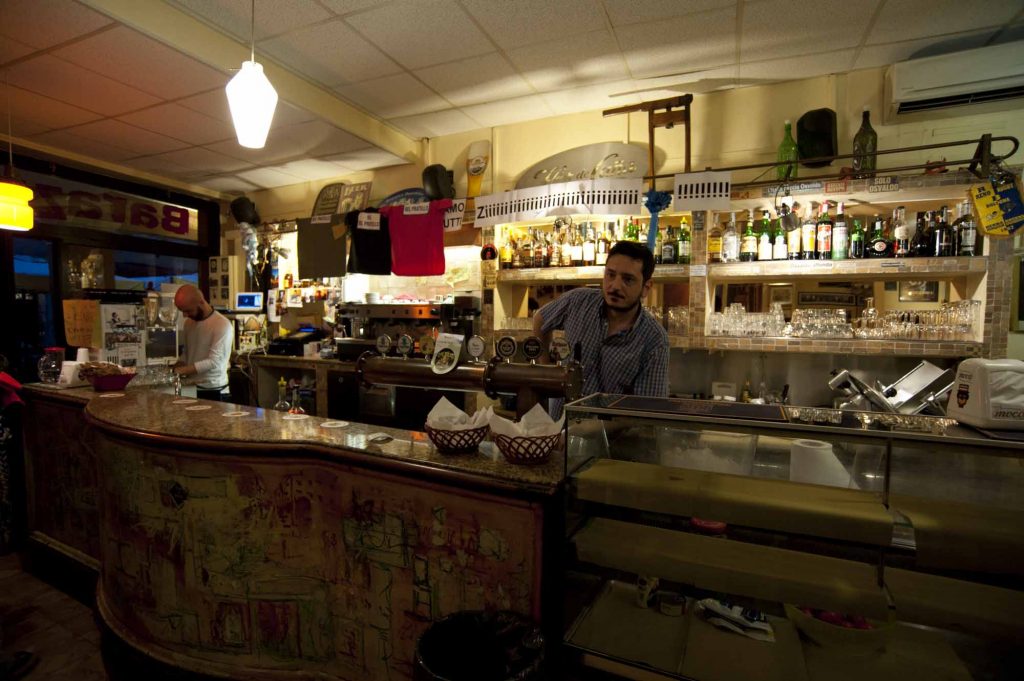 The Barazzo and the Altotasso are the most famous pubs in the Pratello area and both draw interesting crowds. One of the major draws of these local joints is the chance to blend in and feel like both a protagonist and a spectator of an integrated reality.

This is what Barazzo says about itself:

In the heart of the Pratello area, Barazzo is not only a place where you can enjoy a good cold beer and some of the best Italian wines, but also an intimate concert hall where you can listen to wonderful music. For the past three years, the best musicians have performed here, both from Bologna’s jazz scene – Carlo Atti, Nico Menci, Guglielmo Pagnozzi, Valerio Pontrandolfo and Bruno Briscik – and international artists such as Harold Mabern, Bennie Maupin, Chris Speed, John Webber and Sabir Mateen. In addition to jazz, at Barazzo Live there’s also room for hip hop, funk, soul and R&B. Two Thursdays a month, local hip-hop Dj Lugi and Katzuma and their resident band, the Bellringers turn it up. Sunday nights are dedicated to improvisation with a jam session. 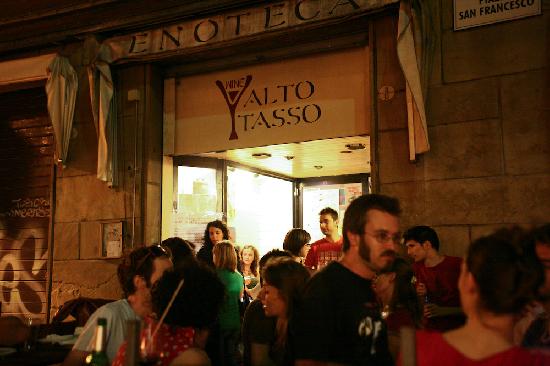 And this is how Altotasso describes itself:

“Altotasso is a wine shop, beerhouse, and aggregation for food, wine, art, and music lovers. It offers a wide selection of wines from wineries that preserve the culture and the traditions of the local communities. Particular attention is dedicated to organic and biodynamic wines, craft beers and locally sourced products. It has a rich program of live concerts, exhibitions, and other cultural events. Altotasso is located in the beautiful Piazza San Francesco, one of the most welcoming and lively areas of the center of Bologna.”

The Mercato delle Erbe and the Senza Nome Bar

The Mercato delle Erbe is a covered market by day where you can indulge in the purchase of regional specialties. What many people don’t know is that in the evening, this space fills with tables where you can grab a healthy, hearty bite to eat or an aperitif. The products you’ll find here are all high quality. Perhaps they’re not exactly within a student’s budget, considering that we’re talking about excellent wines, organic products, and sourdough bread. Yet, it’s a place that still has the informality that the locals seem to love very much. 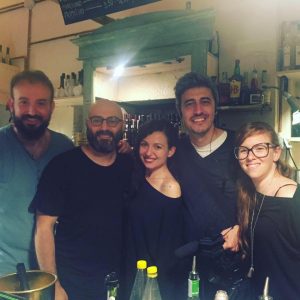 The Senza Nome bar: the owners with the Italian actor Pif

But if you really want to live Bologna’s nightlife like a Bolognese, you need to traverse the Mercato from the entrance of Via Ugo Bassi to the exit located on its other side, and find the Senza Nome bar.

It is one of my favorite places here in Bologna and not because it is aesthetically more beautiful than others. First of all, I like the small square that you find once you go down the stairs next to the market exit. It is incredibly charming. Lit by the soft yellow light from the street lamps and always full of cheerful people who are enjoying their night out.

This is where you’ll find Senza Nome Bar. The bar is run by a group of young, deaf people. Don’t be surprised if they look at your lips while you speak and try not to shout at the bartenders to place your order. Instead, take a look at your surroundings and find the paper sheets that explain sign language. It’ll be a new and educational experience that you won’t want to miss.

The Senza Nome bar is also popular among famous people, so you may be lucky enough to meet some Italian movie stars or popular singers. In the image above, you can see Pif, an Italian television host, film director, actor and writer, taking a picture with the pub’s owners. 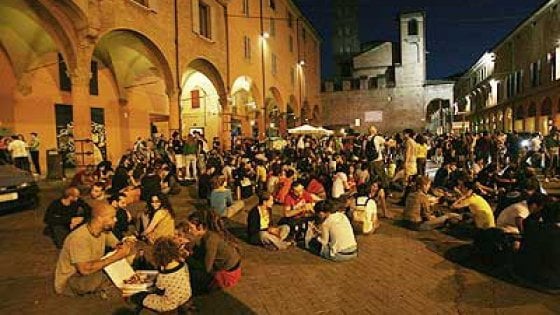 If you’re a “twenty-ish” student who just arrived in Bologna, you don’t have to worry about how you look when you go out. You can even go out in slippers with some food in your bag, take a seat on the ground with your friends, and play the guitar, read poems, and sing your favorite songs. I assure you that’s not unusual at all if you go to Piazza Verdi.

You’ll find Piazza Verdi at the end of Via Zamboni, popular among the locals for the bar Zamboni and the Irish Pub, where Erasmus students organize cultural exchanges in the evenings.

Many young people gather in this Piazza in the evening, taking all the limited space available between the clubs. The place is always full of people of different backgrounds and cultures: some of them are there to sell hot beer, others just want to sit and enjoy their night out. You may run into a concert organized last minute, a political debate, or a makeshift play, but rest assured that once there, you probably won’t want to change your location for your night out!

On the other hand, if you’re looking for a club to dance all night long, Scuderia is the place for you. It’s right in front of Piazza Verdi and it is a restaurant that turns into a disco where you can dance until dawn.

L’Ortica and the Libreria Modo Infoshop 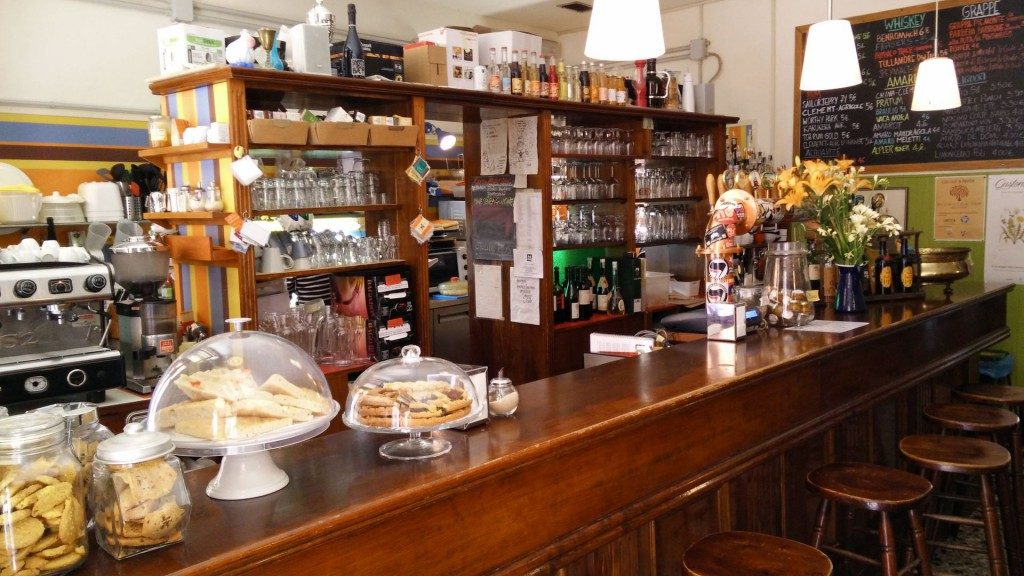 Finally, I’ll tell you about my favorite place: L’Ortica in Via Mascarella. The peculiarity of this pub is its location. It is in fact situated next to the Libreria Modo Infoshop, a bookstore with a wide selection of uncommon books, difficult to find within the most popular literary circuits. The bookstore stays open until midnight and encourages the pub’s customers to pick up some books to read during their meal.

Once inside the Libreria Modo Infoshop, it’s not unusual to end up having long conversations with your friends about the books you’ve already read, the ones you’ve never heard of and the ones you’d like to read. It’s the ideal space for intellectual minds who are looking for a pleasant and restful space to enjoy a good book with a pint of beer. 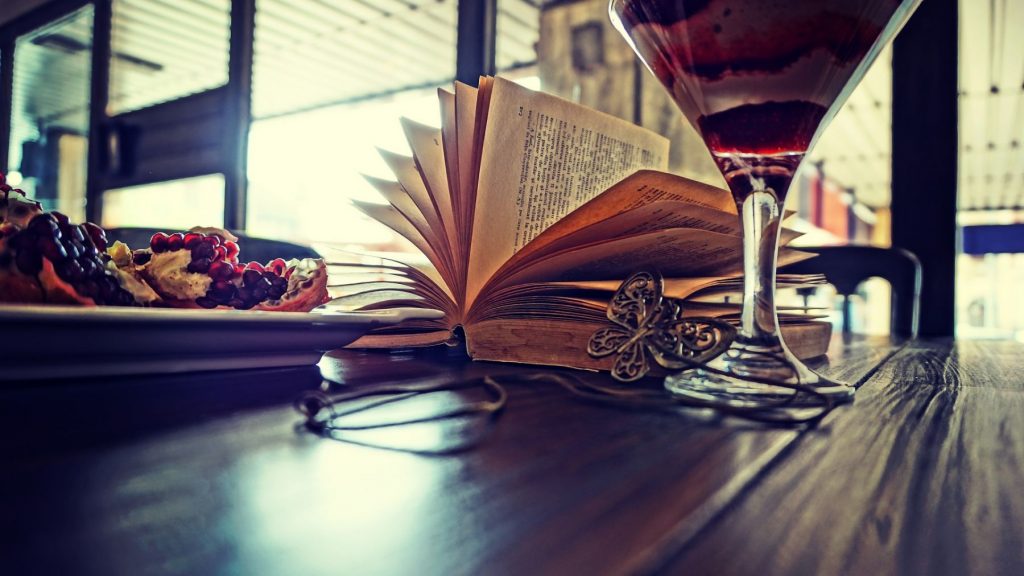 In short, enjoying a typical night out in Bologna is a sort of initiatory journey towards a way of relating to the outside and others that seems to have stopped in time. It brings back a sense of community that nowadays, seems to have been forgotten.

This article was an emotional trip, a way to forever feel “Bolognese”, to remember this city in your heart, because it’s with their open hearts that people from Bologna will share this wonderful night with you- one like many others, but different at the same time.

Enjoy a night out in Bologna, book a stay in the city and go visit the places mentioned in this article. You’ll have a blast!