Brisighella: The Village of Three Hills in Emilia-Romagna

In the Apennine mountains between Tuscany and the Emilia-Romagna region lies a virtually undiscovered paradise that few tourists ever get to experience. The town of Brisighella has earned the accolades of being one of the “Most Beautiful Villages in Italy”, the orange flag awarded by the Italian Touring Club, and is also a “Slow City”. But, perhaps the word that describes it best is chicca, the Italian word for “gem”. Let’s find out what makes it stand out among the rest in a country so abundant with quaint villages. Andiamo!

Known as the “Three Hill Village”, Brisighella lies at a relatively low elevation in the Lamone River Valley. In fact, three of its most distinct features and important landmarks are located atop these three colli.

Erected in 1310 by the Manfredi of Faenza, Brisighella’s castle served as a medieval fortress. For a short time, it was in the possession of Cesare Borgia before it fell under the Republic of Venice.

It can be visited on Saturday and Sunday between the hours of 10 am and 12:30 pm and 2:30 pm and 4:30 pm. Summer hours may vary and there are also extended hours during town festivals. You can also purchase a single ticket valid for both the Rocca and the civic museum. Check the local pro loco association’s official website for details.

The clock tower was erected in the 16th century for defensive purposes and the clock itself wasn’t added until 1850. Visiting hours are approximately the same as the castle.

A well-known Marian Pilgrimage site, the Monticino Sanctuary was erected in 1758 in honor of a terracotta plaque of the Virgin with Child by an unknown artist. The festival held in September is one of the oldest in the entire region.

Enjoy strolling through the historic center along the Via del Borgo, or the Via degli Asini (“Donkey Way”) an elevated walkway that dates to the 14th century. This unique road was built for defensive purposes and was later used by gypsum miners who transported their goods via donkeys. 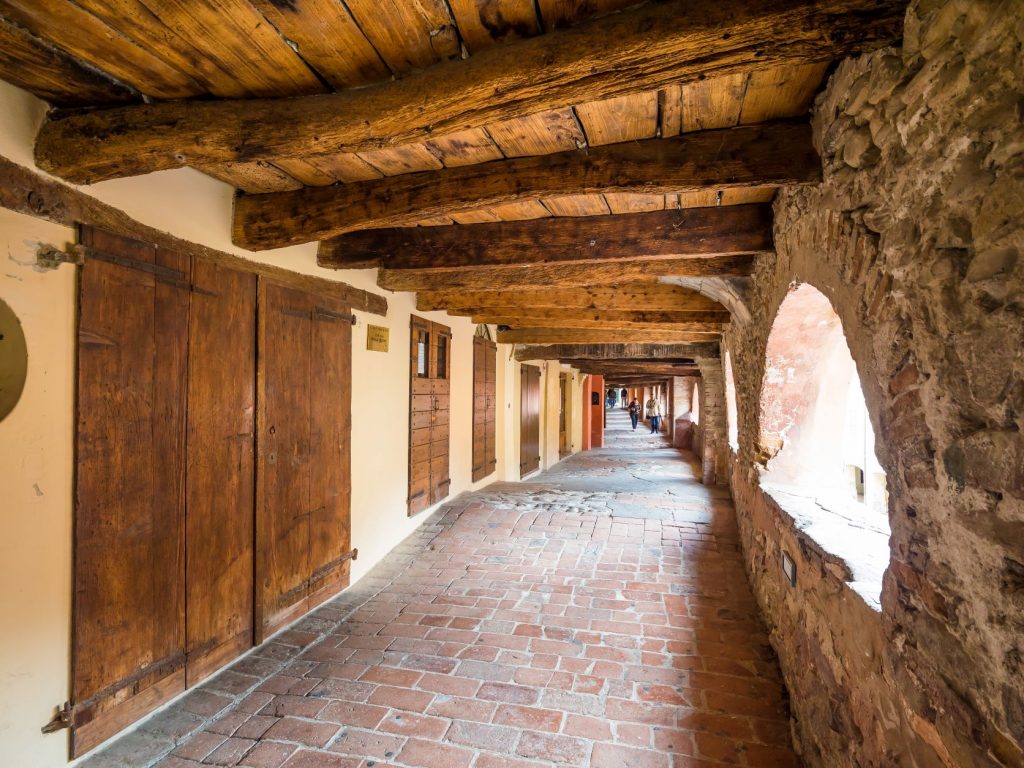 As already mentioned, the Sanctuary of the Madonna del Monticino is definitely worth visiting because, in addition to the revered terracotta plaque, it was also frescoed in the mid-1800s by Savino Lega, an artist from Faenza.

Another gem is found just a kilometer or so outside of the town’s old historic center. The Pieve di San Giovanni in Ottavo (locally referred to as “Pieve del Tho“) is a Romanic church built along the ancient Roman road of Via Faventina. The original structure can be dated to Empress Gallia Placida. Inside the church, you’ll find Roman artifacts dating to the 4th century AD.

Don’t skip the Collegiata di San Michele Arcangelo where you’ll find works by Marco Palmezzano, a 15th-century Renaissance painter from Forlì whose works are displayed all over the world.

Brisighella has many delicacies to offer to the curious and hungry visitor. The olive oil produced here has acquired the DOP (denominazione di origine protetta) label and its Nobil Drupa variety is even rarer as it is cold-pressed from the rare Ghiacciola olive. In true Emilia-Romagna fashion, its pasta dishes are typically made with eggs and its stuffed versions are especially delectable. If you love artichokes then be sure to visit during springtime when its famous Moretto artichokes are harvested. All of these dishes can be paired perfectly with a Sangiovese di Romagna DOC.

Events abound in Brisighella during the entire year! Every month has something special to offer. From the artichoke festival in May to its medieval festival in June to its lively concerts under the stars in the summertime. Autumn brings with it delicacies such as olive oil, “new” wine, pears, and truffles all of which are celebrated in November during the “4 Sagre per 3 colli” (four festivals for three hills). Christmas is also magical here with markets and festive lights set up in the historic center. Check the Pro Loco Association ‘s events page for details.

The Lamone River Valley is situated within the Vena del Gesso (“Vein of Gypsum”) Regional Park. It is a 20 km wide nature park where you’ll find all kinds of outdoor activities including nordic walking, hiking trails, and mountain biking trails. In addition, the 70 km long Via del Gesso from Faenza to Imola runs through the park. 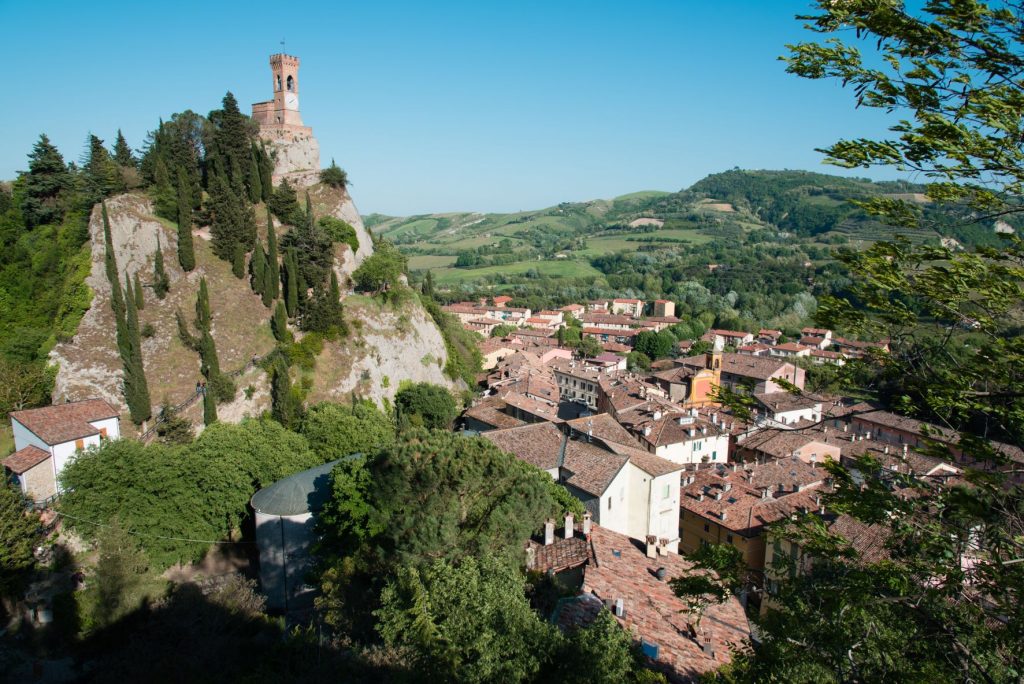 You might be surprised to find out that Brisighella is actually connected by railway to Florence and Faenza. In under two hours, you can arrive directly from Florence and in just 10 minutes from Faenza. Brisighella makes a wonderful day trip from Ravenna as well.

For more information about tours organized by the Pro Loco Association, you can contact Silvia Mordini at +39 3703000876.