Exploring the Life and Cities of the Italian Poet Giovanni Pascoli

I was back in my village for a moment,
back in my house. Nothing had changed. I had
come back tired like a man home from a voyage;
tired, I’d come back to the dead, to my dad.

I felt a mighty joy, a mighty sorrow,
a tender goodness, and mute agony.
“Mom!?” “She’s just back there heating up some supper
for you.” Poor mom! And her I didn’t see.

In these words, the great Italian poet Giovanni Pascoli dreams of returning home to his father and his loved ones who have gone before him. He can see everyone except his mother despite being told that she is in the next room. During his lifetime he visited and lived in many cities in Italy. Let’s find out more about them and where you can still see Pascoli’s influence today.

Giovanni Pascoli was born in 1855 in San Mauro di Romagna, in the province of Forlì, to a wealthy family. The fourth of ten children, he began his studies in 1862 at the college of the Scalopi Fathers in Urbino, where he remained until 1871. On August 10, 1867, when Giovanni was 11 years old, he lost his father who was assassinated on his own buggy. This event was very important because it affected all of Giovanni’s poetry. Soon after, his mother, two brothers, and a sister also died. Pascoli was left with two sisters with whom he tried to maintain a sense of family when he retired from his teaching career.

After completing his studies in Urbino he moved to Rimini, then to Bologna where he started the university and took part in socialist political life. Here he had Giosuè Carducci as his teacher. After graduating in 1882, he began teaching Latin and Greek in the high schools of Matera and Massa. Finally, during this time the poet was able to mourn and find joy in living again.

From 1887 to 1895 he taught in Livorno and began his collaboration with the magazine Vita Nuova, in which the first poems of Myricae were published. In the same year, to return to the rural life of his roots moving to Castelvecchio in the municipality of Barga with his sister. The political unrest at the turn of the century, problems with his sister and his failure to start a family threw the poet into a dark depression that led to alcoholism. Pascoli died in Bologna in 1912 of cirrhosis of the liver.

Casa Pascoli is located a short distance from the central Piazza Mazzini. This national monument is where the poet spent his childhood. It was heavily damaged during the Second World War and only the kitchen remained intact. It also houses the Casa Pascoli Museum where objects belonging to the family are kept: the poet’s cradle, the furniture from his studio in Bologna, documents, dedications, and photographs. In the garden, a botanical-poetic path has been set up, where the poet’s verses recall the plants also present in his childhood.

The Pascoli family mausoleum is located in the cemetery.

Garfagnana and the Village of Barga

Barga, a famous town in the Garfagnana area of northern Tuscany, is officially one of the “Most Beautiful Villages in Italy”. Barga is also recognized as a “Slow City” and boasts the orange flag of the Italian Touring Club. Visitors will quickly realize why it warrants all these accolades.

Pascoli always considered Barga his second home. Casa Pascoli located in Castelvecchio, where he lived for about 17 years, is absolutely worth visiting. Today it is a public museum where some of his works are kept and the furniture, detailed and perfectly preserved. The garden often hosts concerts and art shows. Pascoli, after dying in Bologna, was buried in the chapel adjacent to his home. Here, visitors can pay homage to his memory.

The Teatro dei Differenti is also linked to Pascoli’s literary persona. He delivered his speech here in favor of the Libyan war in 1911.

Another element of interest is the Duomo, better known as the Collegiate Church of San Cristoforo, and one of the best examples of Romanesque architecture in the region. 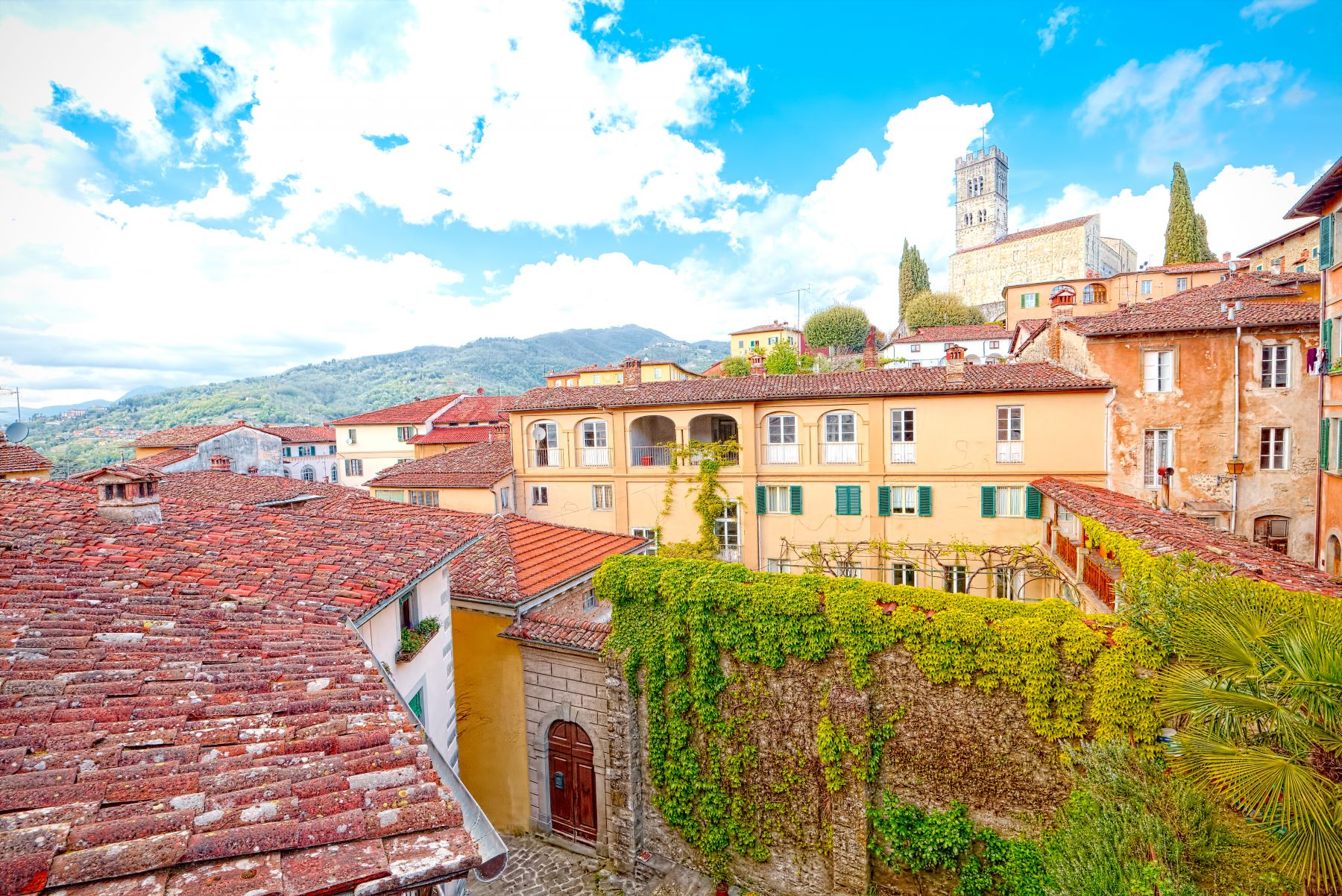 Other Cities Where Pascoli Left His Mark

In Bologna, you’ll find a commemorative plaque on the house where Pascoli died. The funeral was celebrated in the Basilica of San Petronio and then the body was taken to Barga, which drew considerable controversy from San Mauro Pascoli’s residents.

Numerous commemorative plaques can be seen in places where Pascoli spent part of his life including Lucca, Matera, Massa Carrara, Livorno, Urbino, and Ravenna.