What to See in Parma: Italian Capital of Culture for 2020

Each year, the Italian Ministry of Cultural Heritage selects a city as the “Capital of Culture”. The city of Parma in the Emilia-Romagna region was selected for the year 2020. Let’s find out what to see in Parma! 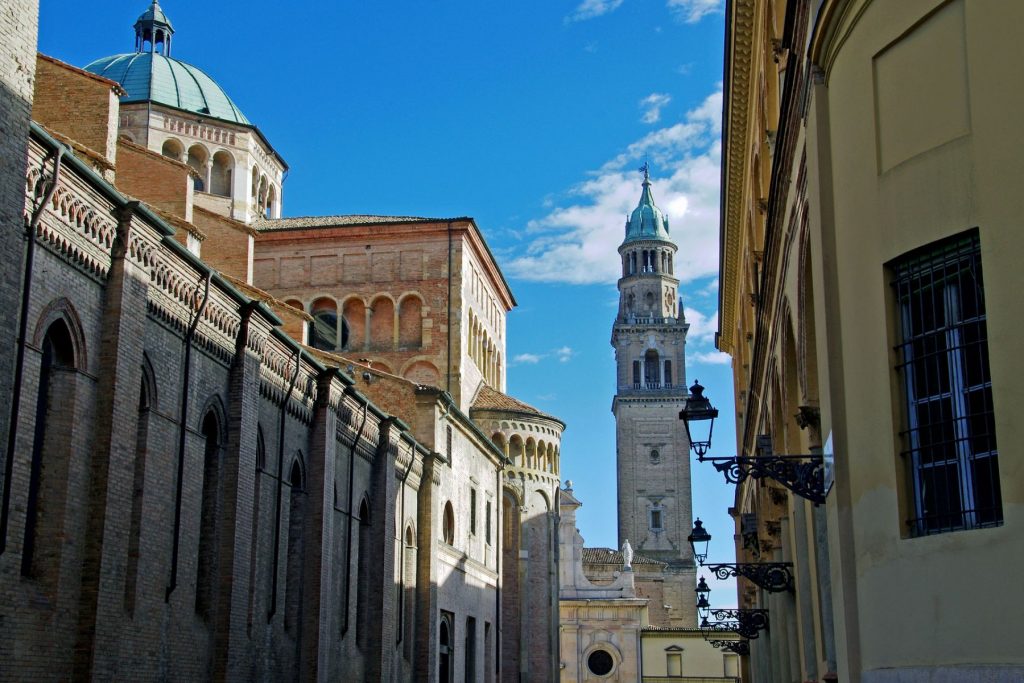 What to See in Parma

Parma’s historic center is quite small and concentrated making it very easy to get around on foot or by bike. Touring a city this way gives the visitor a much better perspective and feel for it. Parma was home to the famous composer Giuseppe Verdi, born just a few miles away, but also to the great painters like Correggio and Parmigianino. With all the culture that lives here, you won’t want to miss these major sites.

The Piazza del Duomo holds some of the most significant monuments of the city. Considered the artistic heart of the city, the square hosts the Cathedral of Santa Maria Assunta, the Baptistery of Benedetto Antelami and the Bishop’s Palace. At the top of the bell tower of the Duomo is the Angiol d’Or. The simplicity of the Romanesque façades of the Duomo and the Romanesque-Gothic facades of the Baptistery contrast the richness of the frescoes inside the buildings, with lots of golden details everywhere. Its Baptistery serves as a real sundial as well as holding great works from the Byzantine period. 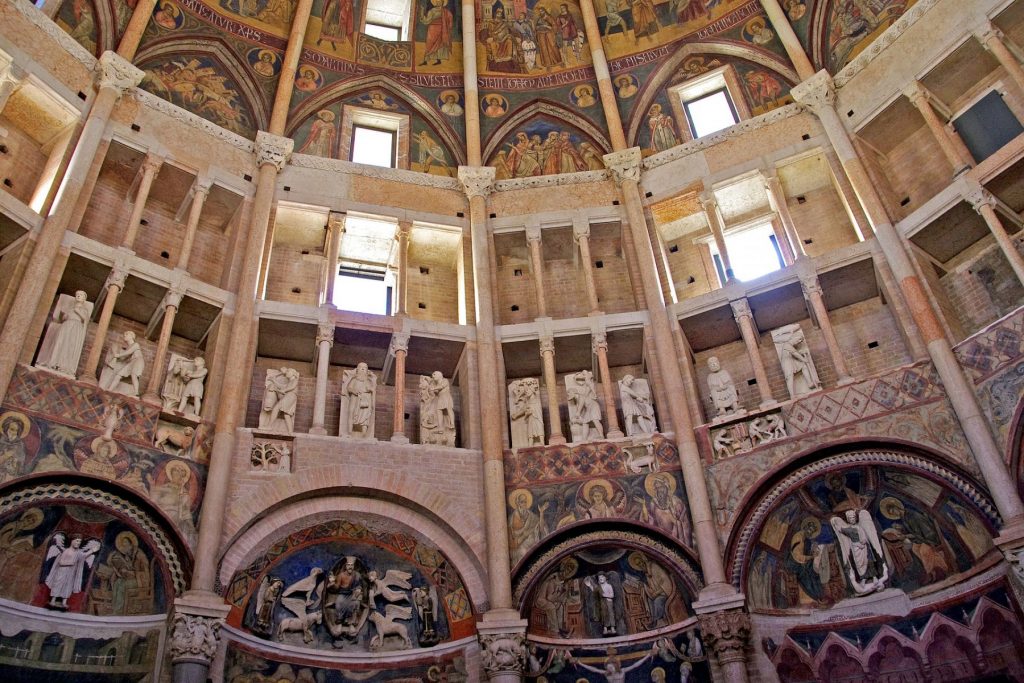 Along Garibaldi Road, we find the Palazzo della Pilotta complex. Its grandeur was the desire of the Farnese dukes, the lords of the city of Parma. In the inner courtyards, the game of pelota (or ball) was played, from which the complex took its name. Unfortunately, the design of these buildings was never completed and, during the Second World War, was also a victim of bombings. Despite all this, the Pilotta complex houses: the Archaeological Museum, the Palatine Library, the Farnese Theater, the Bodoni Museum and the National Gallery. 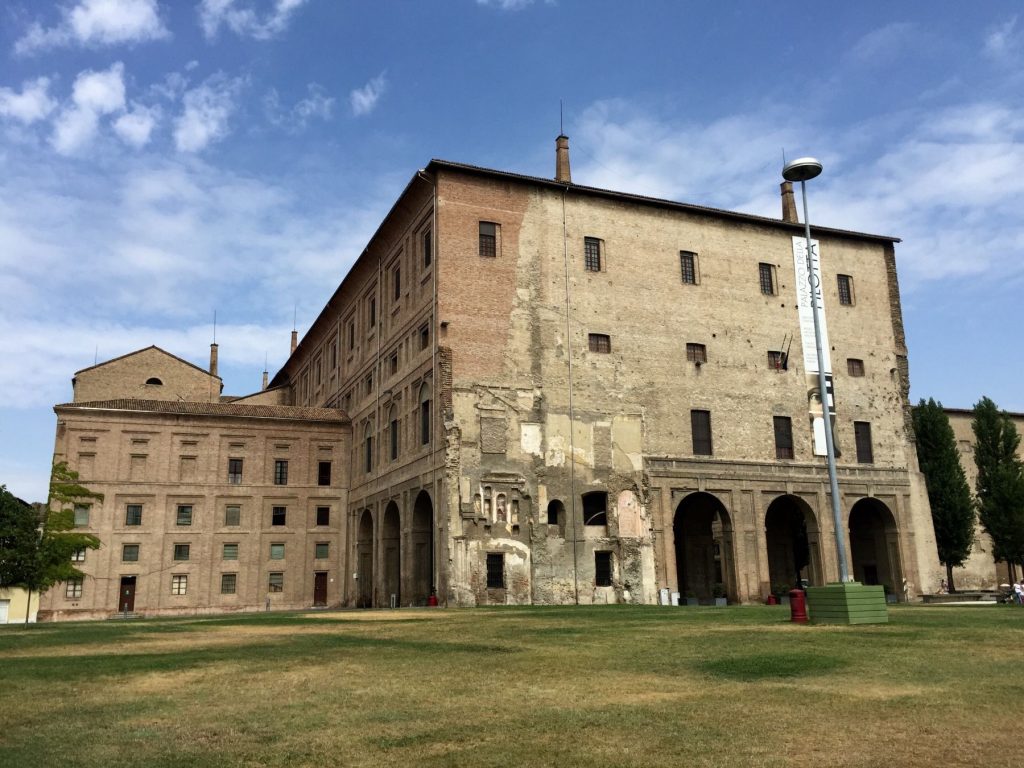 Behind the majestic Pilotta complex, we find the Palazzo Ducale. Commissioned by Ottavio Farnese, it was later enlarged and modified in the 18th century. Inside, we find frescoes from the 1500s by artists such as J. Bertola, A. Carracci and L. Reti.

The Chamber of St. Paul

Inside the Benedictine convent of San Paolo, a masterpiece by Correggio is jealously guarded. The Camera di San Paolo (Chamber of St. Paul) dates back to 1519, along with the frescoes by Alessandro Araldi. Initially, the room was part of the apartment of the Abbess Giovanna of Piacenza. 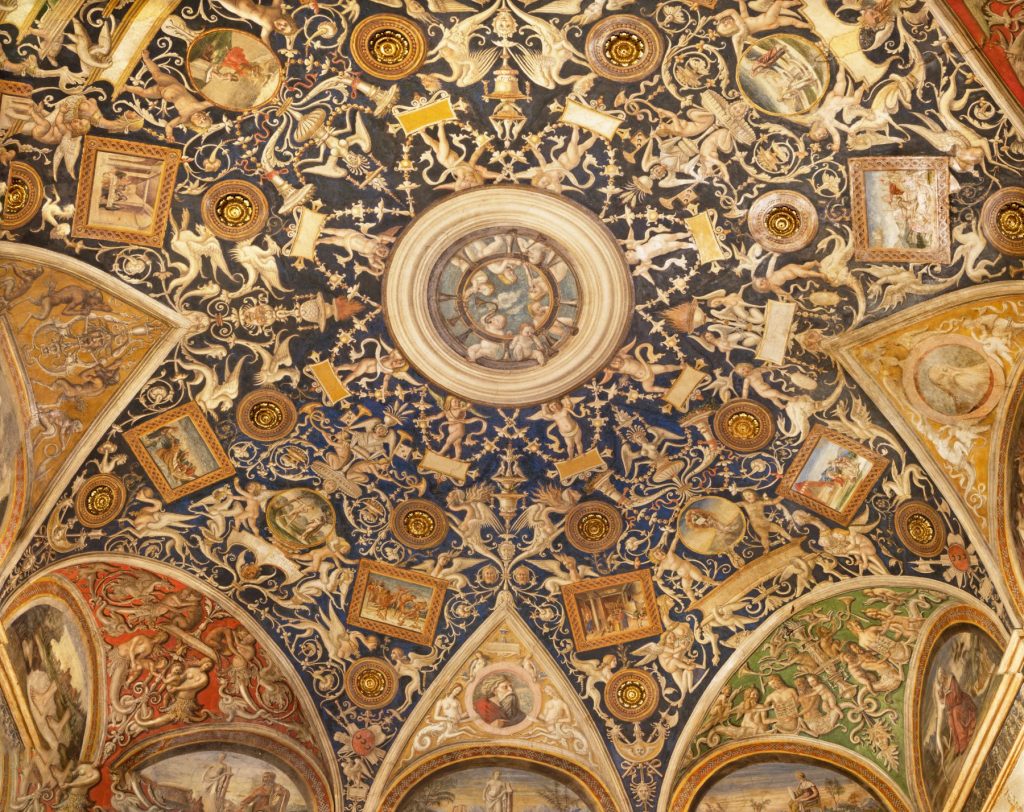 Continuing along Garibaldi Road, you will come across the Palazzo della Riserva. Here lies the famous Glauco Lombardi Museum. The museum is private and holds various memorabilia of the Duchess Marie Louise of Austria, Napoleon’s second wife and lady of Parma. You’ll find clothes, documents, mementos and much more related to this interesting lady who dominated the city of Parma from 1816 to 1847.

The New Ducal Theater called Teatro Regio only after its construction, became one of the major centers of classical and lyric music of the time including the works of Giuseppe Verdi and many others. It was one of the first paid Italian theaters, but nevertheless “the poor” could enter for free. 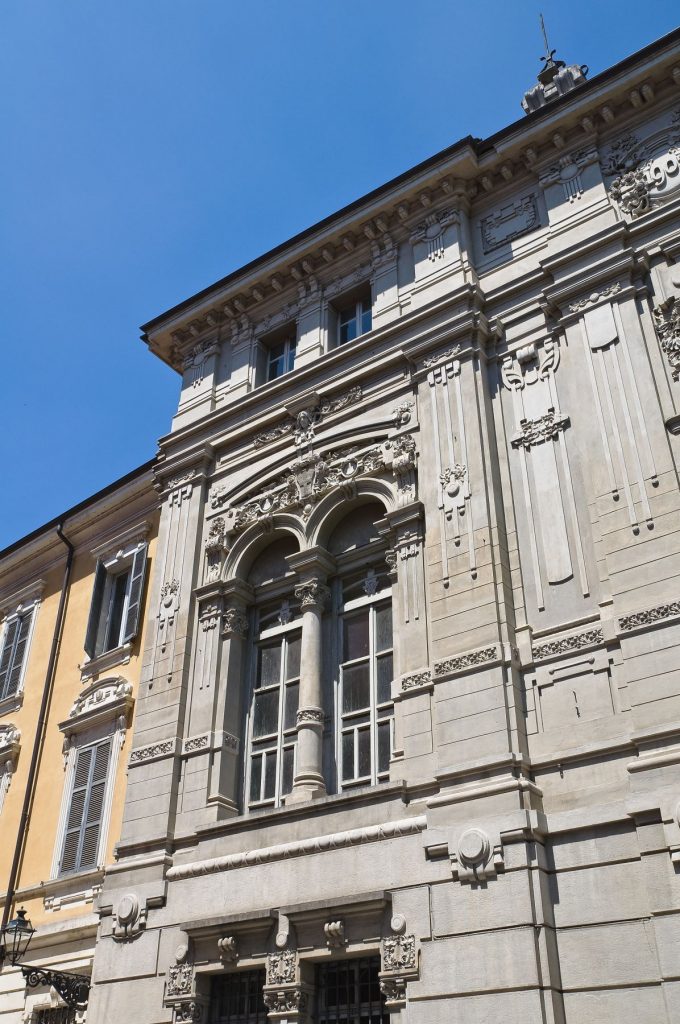 From Teatro Regio, you can quickly reach another very important church in Parma- the Basilica of Santa Maria della Steccata. Of priceless beauty, the church stands where there once was a fenced house, where an image of St. John the Baptist was depicted. The interior of the church houses numerous frescoes, some of them made by Parmigianino.

At the end of Garibaldi Road, you’ll come to Piazza Garibaldi. Like all major piazzas in Italy, this square is also considered an important commercial and social center. Here, you’ll find the Governor’s Palace with the Municipal Tower, the two palaces of the Municipality and the Palace of the Podestà. 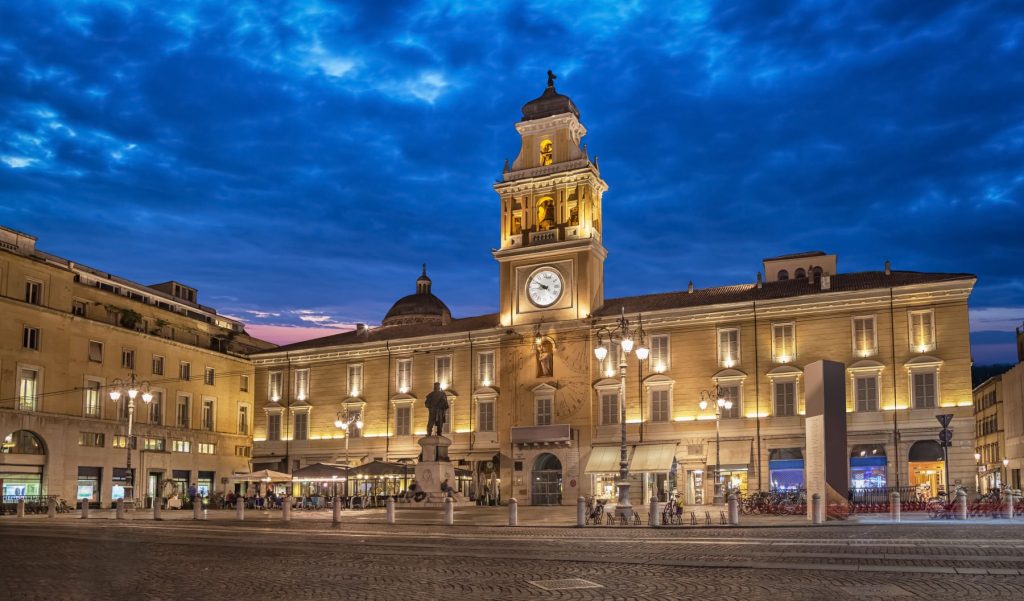 Of course, Parma’s Parmigiano Reggiano and Prosciutto di Parma have become famous on an international level and own their own “intellectual property rights”, but the cuisine and tradition of this city go beyond these. During your visit to Parma, you should also try the culatello di Zibello (salami), Felino salami, Spalla di San Secondo (yet, another type of salami), and, when in season, the porcini mushrooms from Val Taro and the black truffle from Fragno. All these delicacies can be accompanied by a fantastic glass of Colli di Parma Rosso DOC wine. There is perhaps no other region with a greater culinary heritage than here. 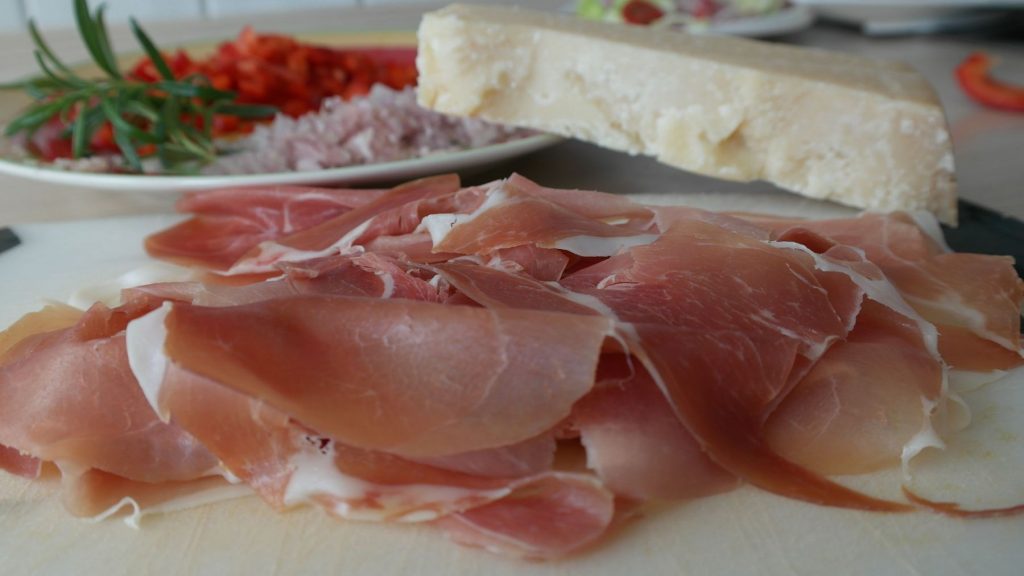 The list of things to see in Parma would be endless, but this itinerary should keep you occupied for a weekend or more!

Find out more about the wonderful region of Emilia-Romagna!

Post Views: 977
Redattore
Art Exhibition in Treviso: an Environmentally-Conscious LEGO®City
What to See in Trapani, Sicily: the City Between Two Seas