There are dozens of castles in Friuli Venezia Giulia as far as the eye can see. They are camouflaged among the lush, rolling hills and waterways and serve as reminders of how this territory has been crossed far and wide by foreign peoples over the centuries. More or less powerful fortifications dominate the valleys with majestic ease and it almost seems that they have always been where they are, in their current impeccable state taken care of by the local administrations.

As in the case of the castle of Udine, rebuilt after the destruction of 1511 and now restored: legend has it that it was built on a hill from which Attila could admire the fire set in Aquileia by his armies. Our journey begins here- precisely from Rive d’Arcano just south-east of the city. 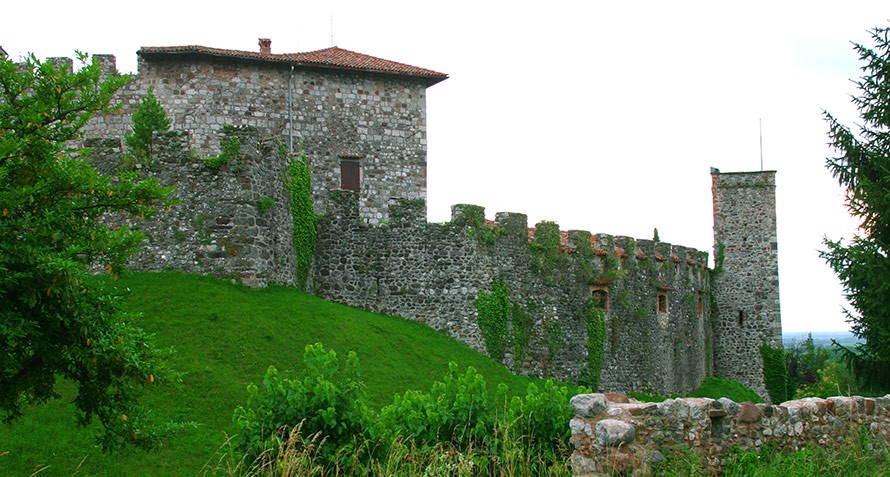 Of the two manors of Rive d’Arcano (the oldest, built by the Croatian of royal lineage Leonardo in 1161 on the banks of the river Corno and the more recent, wanted by Ropretto who was the son of Leonardo) it’s currently possible to admire the second. Surrounded by typical Guelph style walls with square crenellations that in ancient times exhibited a manifest devotion to the papacy. The Ghibellines were loyal to the imperial party and displayed swallow-tailed architecture to distinguish themselves. Home to knightly tournaments and markets, the castle was also the scene of an arcane crime. In the Austro-Hungarian era, in fact, the skeleton of a woman, the Countess Todeschina di Prampero, was found. She was killed and walled there by her consort Francesco around 1635, who still smiles mockingly from his portrait hanging on a wall. 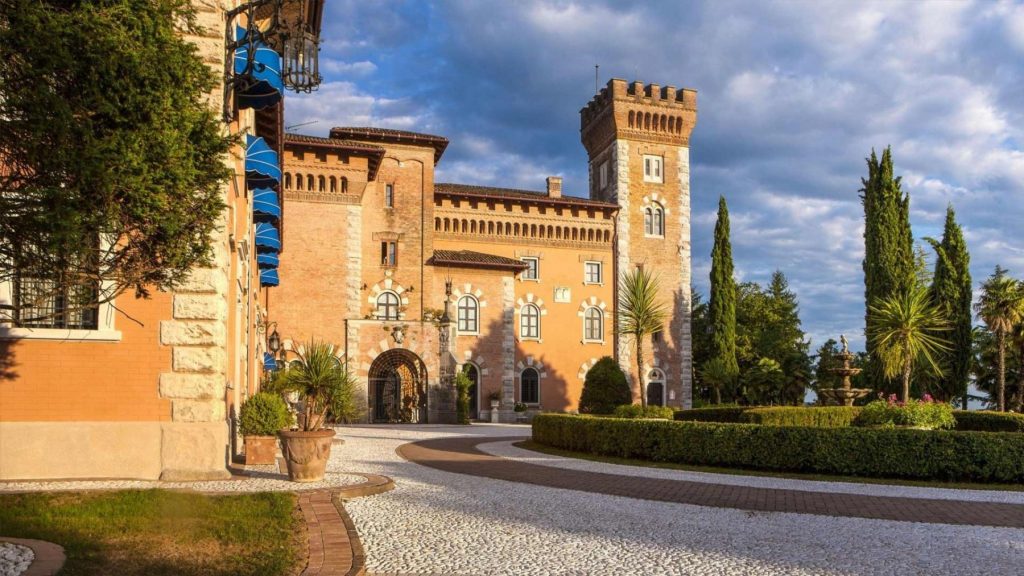 Not far from Udine stands the Castello di Spessa, which with its splendid park opens its doors to visitors twice a year during the “Castelli Aperti” and dates back to the 13th century. This house, very different from the one previously described, has always hosted the crème de la crème of the Friulian nobility, and in 1773, it even welcomed Giacomo Casanova. Renovated in the late 1800s by the famous architect from Trieste, Ruggero Berlam, it is renowned for private events and weddings, for its own wine production, for its golf club, and for its fifteen exclusive rooms that you can book- all furnished with period furniture from the 1700s to the early 1900s. A dream experience! 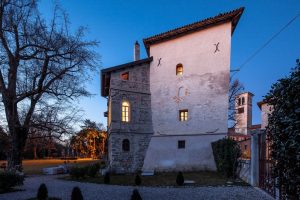 In the green countryside of Friuli, on the other hand, stands the medieval castles of Strassoldo di Sopra and Sotto. They are charming, old country residences surrounded by resurgent waters that open their doors in spring and autumn. The owners are two cousins who have devoted themselves to the restoration and conservation of cultural heritage. They make the castle available to artisans, antique dealers, gardeners and master confectioners to promote the local culture. It’s a modern and careful approach that acknowledges the past yet updates it in the dimension of the present. The fairy-tale atmosphere of the two manors has been carefully restored to the original beauty from the frescoed walls to the precious ceilings and floors. 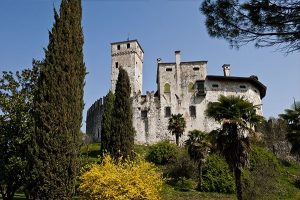 Made particularly mysterious by the many legends that surround it is the castle of Villalta. It’s a great example of the fortifications of the X-XI century and one of the most beautiful castles in the region with its drawbridges and imposing tower. Visitors will gasp at the breathtaking views and feel that they are truly part of a living past. It belonged to the Lords of Villalta-Caporiacco and to the Counts Della Torre. Villalta was repeatedly contested, destroyed and rebuilt because of its strategically relevant position. It is no coincidence that it withstood the Venetian, Napoleonic and Austro-Hungarian occupations. The ghost of Ginevra di Strassoldo appears on the slopes of this highly coveted castle whom, according to legend, was once kidnapped before her upcoming wedding with the noble Odorico di Villalta. Legend has it that she turned into a statue waiting for her beloved and then returned to life again thanks to his embrace when he came to free her and reclaim his castle.

Whether the legends are real or not is of little importance.

What really matters is to come and visit them in person, taking advantage of free guided tours and, as in the case of Villalta, the special opportunity to be accompanied by the kind presence and the proverbial hospitality of their proud owners.

Post Views: 1,619
Redattore
Urbino: a Touch of Renaissance in the Heart of the Marches
Family Fun at Trentino’s Lake Molveno