Giglio and Giannutri Islands in the Tuscan Archipelago

The Tuscan archipelago is made up of 7 islands in the Tyrrhenian Sea with the largest being Elba. Further south, along the stretch of coast known as the Argentario, lie the islands of Giglio and tiny Giannutri. This is a paradise for underwater adventurers and simply relaxing! Let’s find out more. 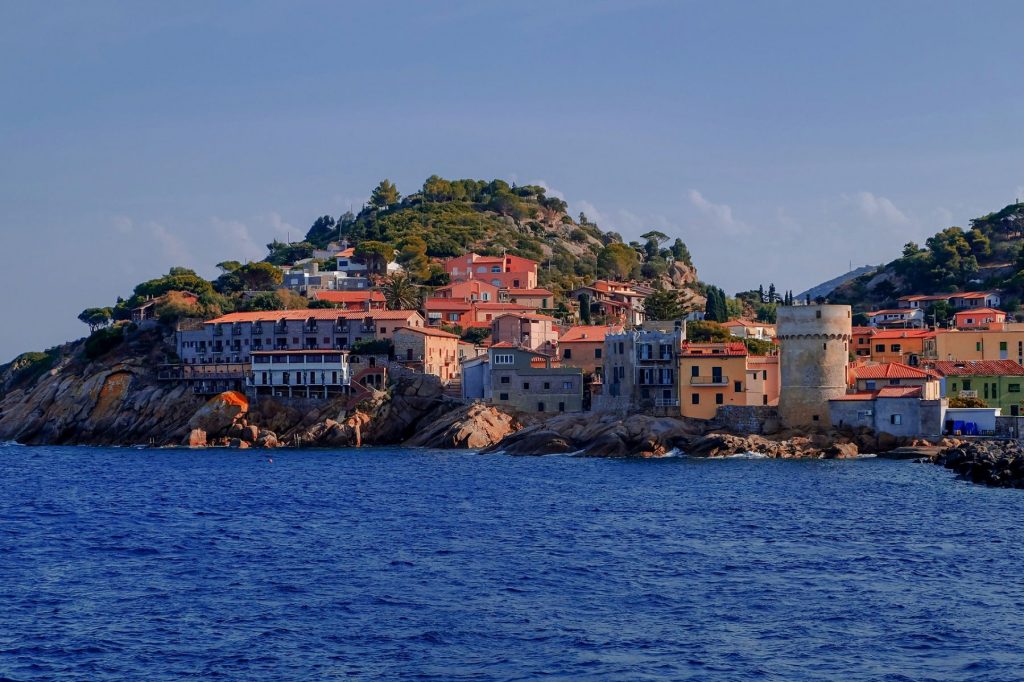 Giglio Island is just an hour ferry ride from Porto Santo Stefano. The entire perimeter of the island is only 27 km and it only has about 1,300 permanent residents.

It was probably inhabited since the Iron Age and by the Etruscans. Later, the Romans used it as a military base and in the 16th century it was sacked by the Ottomans and all the residents were either killed or taken as slaves. The Medicis repopulated the island with people from the Siena area.

Giglio is often referred to as the “pearl of the archipelago” for its beauty and size.

The island’s largest beach is Campese and it is also the most well-equipped with all kinds of services and conveniences for tourists. It is a sandy beach with an interesting reddish hue. It is also near the Faraglione rock as well as the Medici tower where you can take a nice hike. Campese also has ideal wind conditions for windsurfing and sailing. 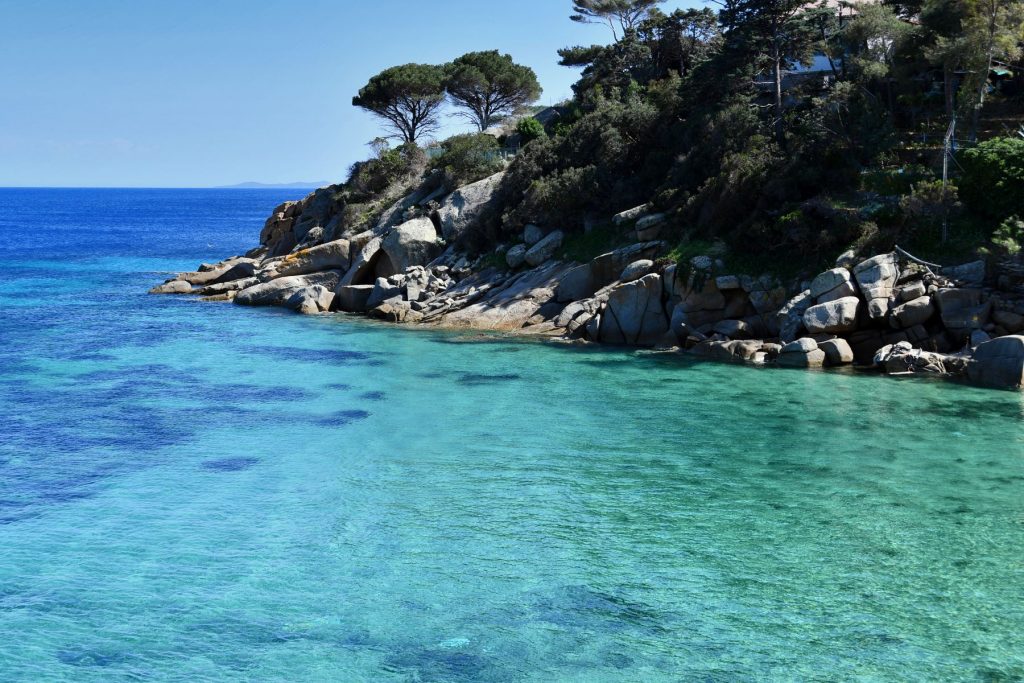 Cannelle is another must-see beach on the island and is perfect for families with children. The fine, white sand as well as the shallow waters make it ideal for inexperienced swimmers. It’s about a 20-minute walk from the harbor and services such as a lido and boat rentals are available here as well.

Caldane is the wildest of the four named in this article and not ideal for young children. You can either hike here or come by boat (boat-taxi). There is a lido here as well just in case you cannot haul your umbrella along with you. This tiny spot is framed by jagged granite rocks, but the beach itself is sandy.

Arenella is on the eastern side of Giglio and has golden sand beaches with shimmering waters full of sea life. Snorkeling is a favorite here and is suitable even for the little ones. There are all kinds of services available here as well.

If you have ever wanted to scuba dive, Giglio is the perfect place to try it! The water is teeming with aquatic life from octopus to tuna to eels and even seahorses! There are several diving schools located throughout the island, but a good place to start is at the harbor.

Another suggestion is to go on a guided boat tour of the island which will take you to hidden coves and grottos that you may not otherwise be able to experience.

Fortunately, Giglio enjoys a mild, Mediterranean climate year-round which makes hiking possible at any time of the year. Numerous trails have been greatly improved upon with signage, but many have been virtually untouched for hundreds of years and were old mule trails. Wear comfortable shoes for sure!

There are actually three villages on this tiny island: Giglio Porto, Giglio Campese, and Giglio Castello. 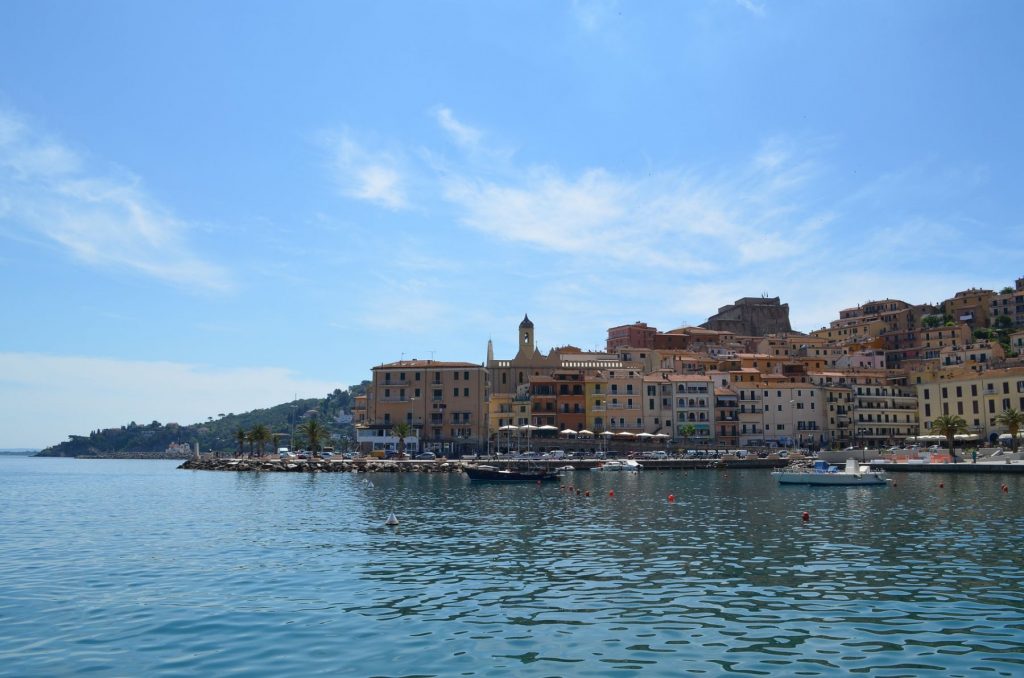 Giglio Porto dates to Roman times and is very busy and full of services for visitors. Everything you could possibly need from restaurants to shops to accommodations is located here.

Giglio Castello sits at 400 meters above sea level and still has its original medieval walls and castle dating to the year 1300. Don’t miss the Church of St. Peter the Apostle which houses an ivory crucifix by Giambologna!

Giglio Campese is the newest town and has become the most important tourist hub. Don’t miss the sunsets and the views of the islands of Montecristo, Elba and, if you’re lucky, even Corsica.

Many boat tours will also take you to the tiny island of Giannutri which is the southernmost of the entire archipelago. There are no towns, no cars, and no roads here and very little tourism. The Roman ruins of Villa Domizia can still be visited today. The coastline is also prime diving territory!

What are you waiting for?
Book your room at the La Fonte del Cerro Hotel in Saturnia just an hour from Porto Santo Stefano