On rare occasions, travelers have the pleasant surprise of finding themselves in unchartered waters; in places unknown and yet to be discovered by the masses. Usually, getting to these secret spots requires more effort but in the end, it is almost always worth it. There is a stretch of coast not far from Rome between Sabaudia and San Felice Circeo that is precisely this: a breathtaking, secret paradise. 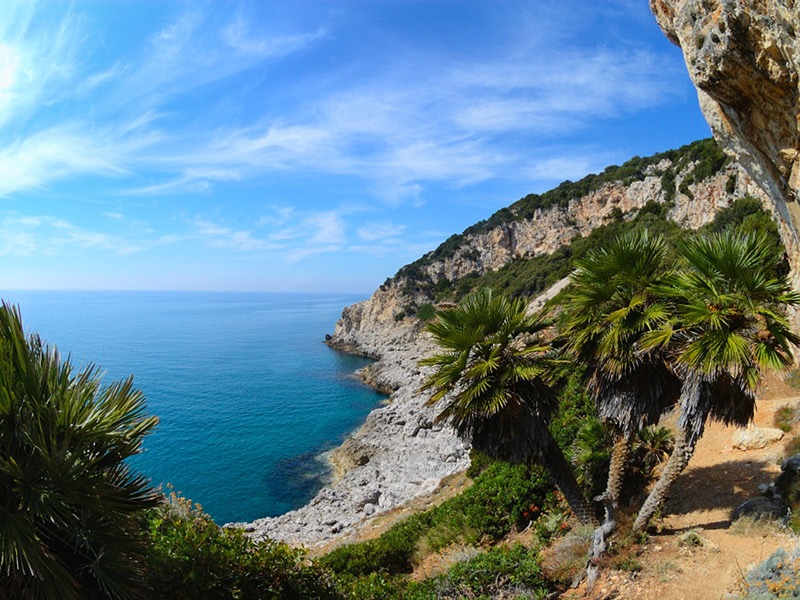 This stretch is situated within the Circeo National Park where there is plenty to keep any nature-lover busy for many days. This article is geared toward discovering the secret span of coastline and grottos that are found between Torre Paola and San Felice Circeo. Of course, the reason that it is still somewhat secret and sparsely crowded is that most of the spots can only be reached by sea. And this is where the adventure begins!

Renting a kayak (if you don’t have your own) or even a rubber dinghy from any of the numerous establishments near San Felice Circeo is your first step. Leaving from the San Felice Circeo area, the first tower you’ll see is Torre Fico– which dates back to the 16th century (although it was rebuilt at a later date). 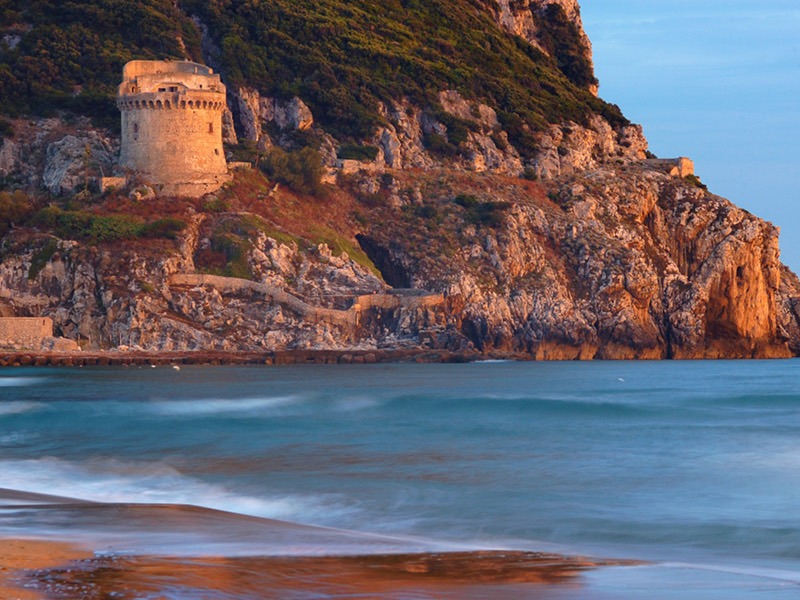 Just a very short distance from Torre Fico, you’ll find the first grotto- the Grotta del Presepio and the spectacular Grotta delle Capre. At this time, the actual grotto is closed but the surrounding waters, of course, are not. Capre means “goats” in Italian and this secret cave was actually used by shepherds in the distant past. Keep your eyes peeled because just a short distance away is another grotto- Grotta dell’Impiso.

Next is the Grotta del Fossellone where Neanderthals left traces of their existence in the form of tools and animal remains.

Torre Cervia, built at the same time as Torre Fico, is the next landmark as you paddle through the crystal clear turquoise waters. You’ll be coming upon Punta Rossa and its craggy rocks scattered along the coastline. The water here is absolutely pristine.

Next is Grotta dei Prigionieri (“Prisoners’ Grotto”) which, fortunately, is lined with lovely, smooth white stones. Named after a soldier who found shelter here during World War II, this grotto has two levels and some makeshift “monuments” that visitors have left behind.

Last but not least, to finish off your adventure is Grotta Breuil and finally Torre Paola. 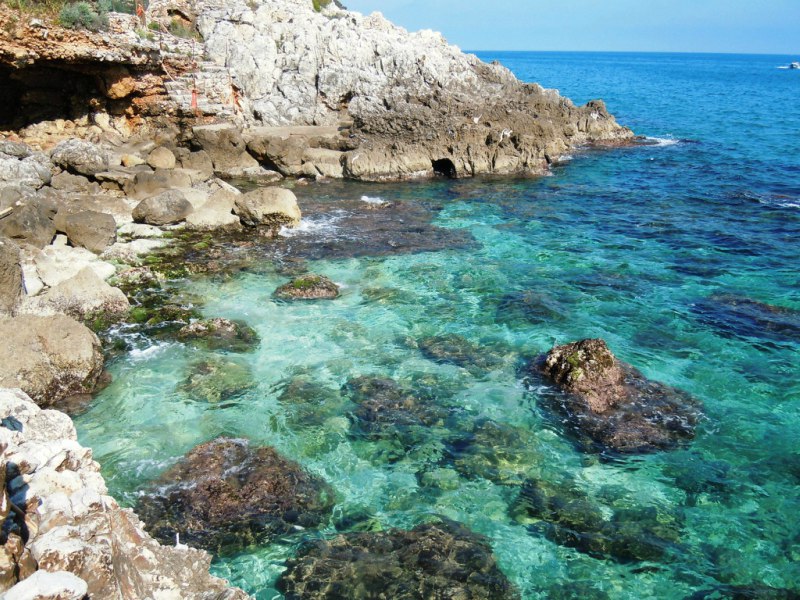 We would be remiss not to mention Grotta Guattari which is actually on the other side of San Felice Circeo. It was discovered by chance by some workers in 1939 when they uncovered the remains of our ancestors, the Neanderthal, dating back to some 75,000 years ago.

If you are an experienced kayaker or boatman, you can also reach the Pontine Island archipelago and Zannone Island in one day.

The possibilities are truly endless! Your adventure awaits!