If you’re not familiar with Italy’s region of Calabria, it’s definitely time to broaden your horizons. To help you visualize, Calabria is the toe of Italy’s boot shape that boasts almost 800 km of coast from the Tyrrhenian Sea, to the Strait of Messina to the Ionian on its eastern border. There are so many breathtaking spots to explore, but we’ll be honing in on Isola di Capo Rizzuto in this article. 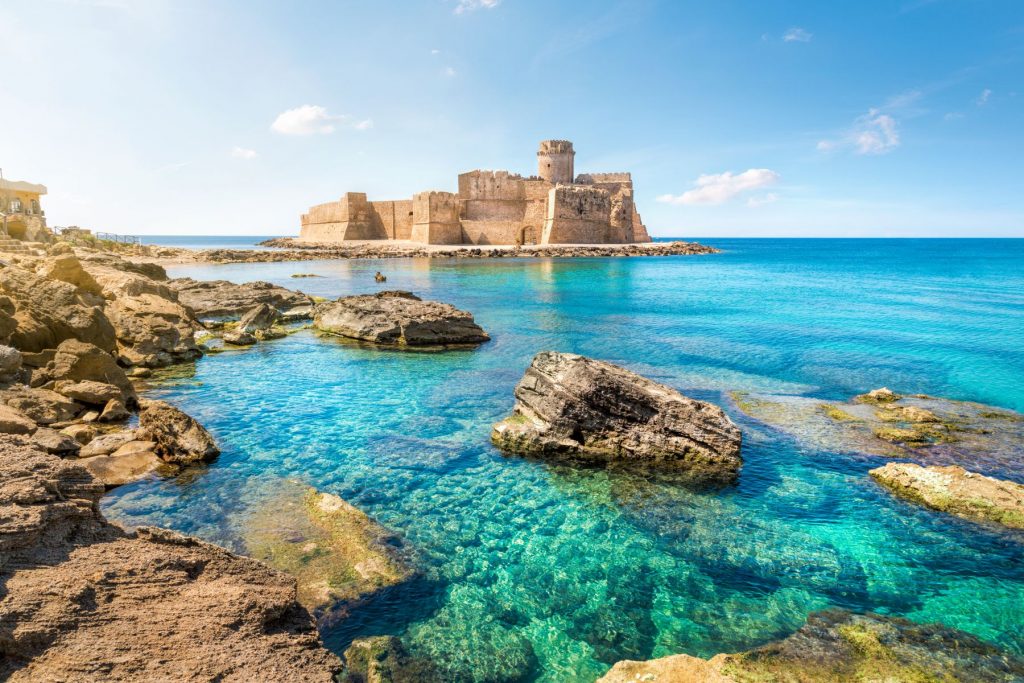 Isola di Capo Rizzuto is a promontory on the Ionian side of the region near the province of Crotone. The word isola means “island” in Italian, but Capo Rizzuto is not an island. Founded by north Africans known as Japigi in 1200 BC, the area later became a Greek colony. Legend has it that one of King Priam’s sisters settled here fleeing the city of Troy.

Capo Rizzuto’s real glory days were during Medieval times when it served as an important commercial port as well as a defensive stronghold against the frequent pirate attacks from the Middle East. One of its most noteworthy sights was built during this time, the Aragonese Castle. 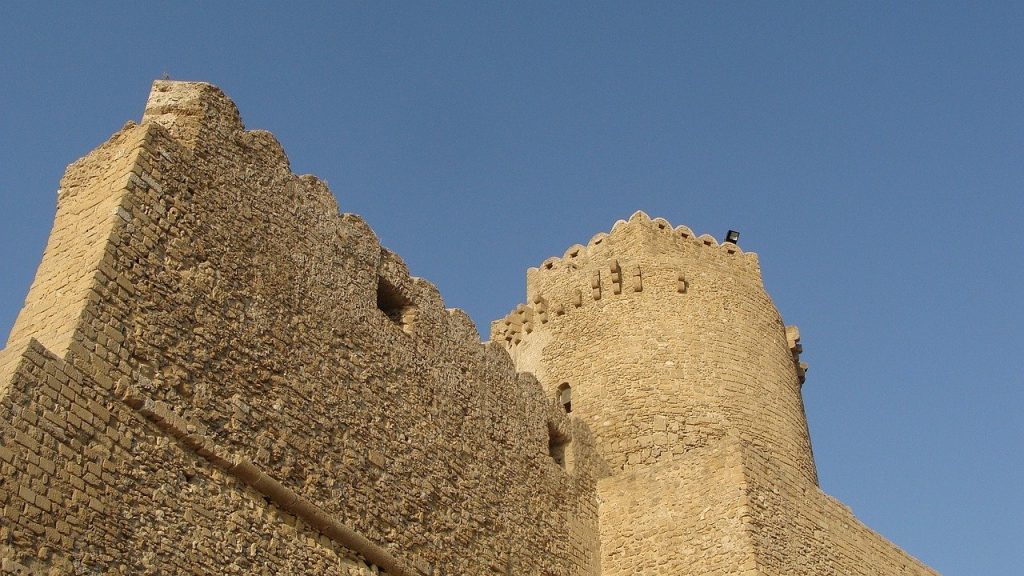 Le Castella is where you’ll find the 15th-century Aragonese castle that is one of the most unique in all of Italy. Built on a tiny island which in low tide is connected to the mainland by a long strip of land and surrounded by the turquoise waters of the Ionian Sea, it has become the symbol of Capo Rizzuto. The foundations actually date back to Greek and Roman times, with architectural influences ranging from the Normans to the Aragonese. For more information about visiting and opening hours click here.

The Greeks mined this area for limestone and clay and today, some of the ancient quarries are still visible. In Capo Colonna, you can actually see a Doric column from a temple dedicated to Hera. Along Via Porto, in Le Castella, there is also a section of the original medieval wall with a base dating to Magna Grecia.

In the historic center of Capo Rizzuto, you won’t want to miss one of the most revered churches in all of Calabria- the Sanctuary of the Greek Madonna (Santuario della Madonna Greca). This modern church houses the Byzantine icon of the Virgin Mary which, as legend has it, washed up on the shores over a thousand years ago. She has been venerated ever since and the town holds a celebration in her honor every May and August.

And now, we’ve saved the best for last- the fantastic beaches of this entire promontory. 42 km of this coastline is an official marine protected area and considered one of the most important in all of the Mediterranean. From Capo Colonna to Le Castella the waters are teeming with marine life including red starfish, groupers, barracuda, as well as dolphins and sea turtles. Many areas are designated boat-free as well as no-dive zones in order to further protect the delicate ecosystems. There is also an aquarium located in the same piazza as the Sanctuary of the Greek Madonna (however, at the time of publication, it was currently closed). 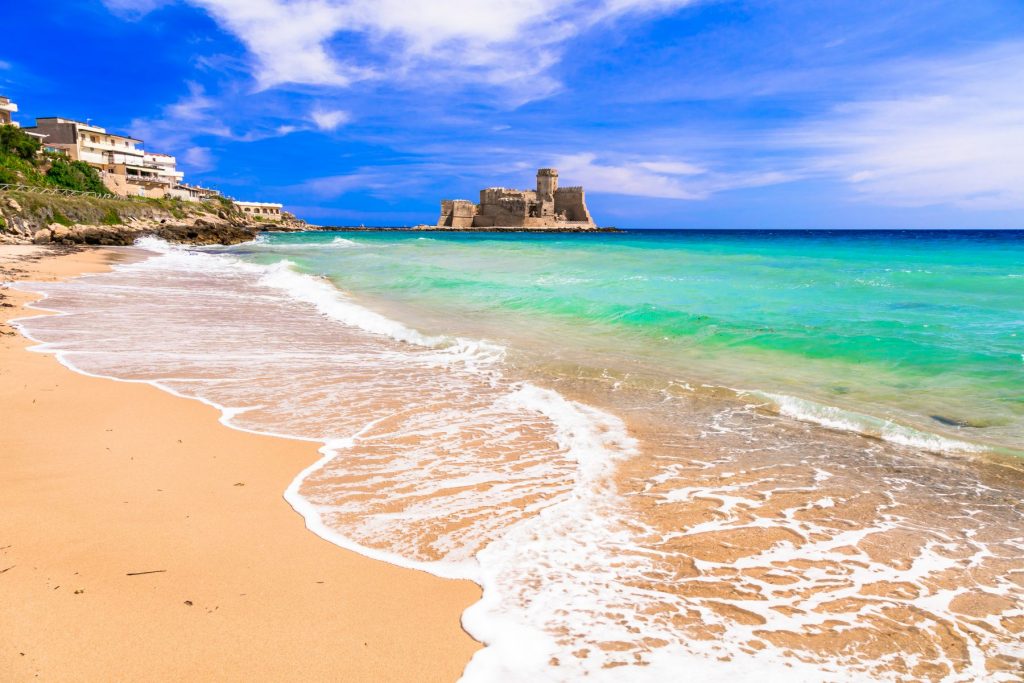 The shores vary from extremely rocky (come prepared with the proper water shoes) to sandy. There are also plenty of stretches of so-called “free beaches” or spiaggia libera where you can set up your own umbrella and stay as long as you like (just remember, in high season, you’ll need to arrive early to beat the crowds). Otherwise, you can choose from a wide variety of lidos and bathing establishments that are tourist-friendly as well as child-friendly.

Some of the best spots are around Le Castella, Capo Bianco, Spiaggia Grande, Capo Piccolo, Le Cannella with its reddish-sand, and Spiaggia dei Gigli.

The entire area is a snorkeling and scuba diving haven. The best way to enjoy the sea in complete safety is to hire a private boat tour or local scuba diving company.

For more fabulous destinations in Calabria, check out these articles: Praia a Mare, San Nicola Arcella, and Tropea.