Italy’s Emilia-Romagna Region: Where to Go

Emilia-Romagna, sometimes simply called Romagna, in northern Italy is considered to be the cradle of true Italian cuisine. For foodies, the impressive repertoire of delicacies would be enough to warrant a trip, but there’s more. It is where the world’s finest luxury vehicles have been made for decades, where some of the most intricate mosaics on earth are held, where you’ll find the Republic of San Marino, snow-covered Apennine peaks, and luxurious beach resorts. With everything there is to see, it can be hard to narrow down a “must-see” itinerary. We’ve put together this list for you that we think covers the major sights. 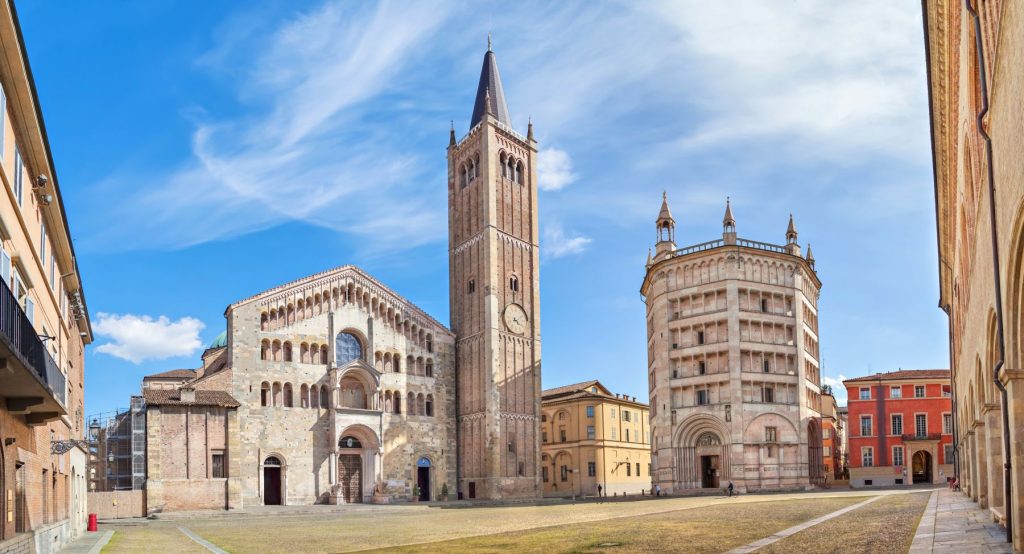 Every Italian region has a capital, and Emilia-Romagna’s is the marvelous Bologna. It has the oldest university in the Western world founded in 1088 and is still widely considered a “university town”. At one point, the historic center boasted over 200 towers, 20 of which are still standing today. The Asinelli Tower is the best-known today and provides a stunning view from almost 100 meters above the historic center. It is also revered by connoisseurs as the gastronomy capital of Italy.

Parma was the birthplace of the famous composer Giuseppe Verdi and is a wonderful city to include on any itinerary of northern Italy. Rich in art, museums, and palaces that date to the former rulers, the Farnesi. For most visitors who are not art historians, Parma is probably more significant for its contribution to modern cuisine. To name just a couple, the city is the birthplace of Prosciutto di Parma and Parmigiano Reggiano both of which are protected under strict laws.

Luxury motor capital of the world and industrial powerhouse, Modena is a must for car buffs. Ferrari, Lamborghini, Maserati, Dallara, Pagani, plus Ducati motorcycles are all made here. Nearby Maranello holds the Ferrari museum and should not be skipped if you love fast cars. Its Piazza Grande and Duomo are UNESCO World Heritage Sites and it is also the birthplace of Luciano Pavarotti! 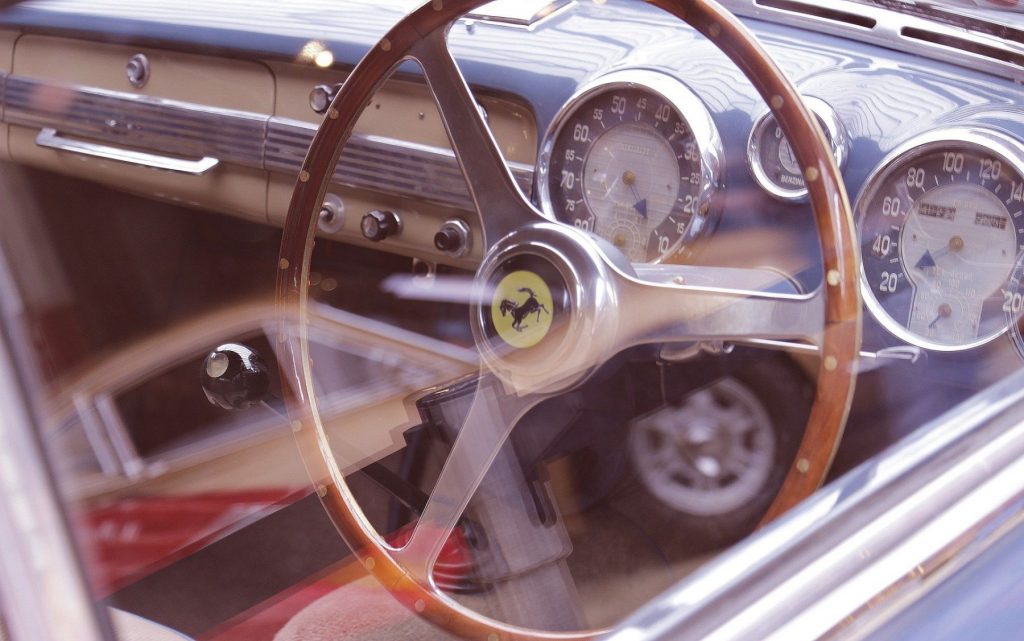 Lastly, we come to Ferrara with its massive Este Castle smack dab in the historic center. The stunning Duomo is a UNESCO Site and dates to the 12th century. The Palazzo dei Diamanti holds fabulous permanent and temporary art exhibits throughout the year and is covered with 8,000 diamond-shaped marble blocks.

The city of Ravenna was actually the capital of the Western Roman Empire from 402 to 476 AD and was later conquered by the Byzantines. It has a total of 8 monuments that are UNESCO World Heritage Sites and is widely considered to hold some of the most fantastic mosaics in the entire world. The Orthodox Baptistry and the Mausoleum of Galla Placidia date to the early 5th century! 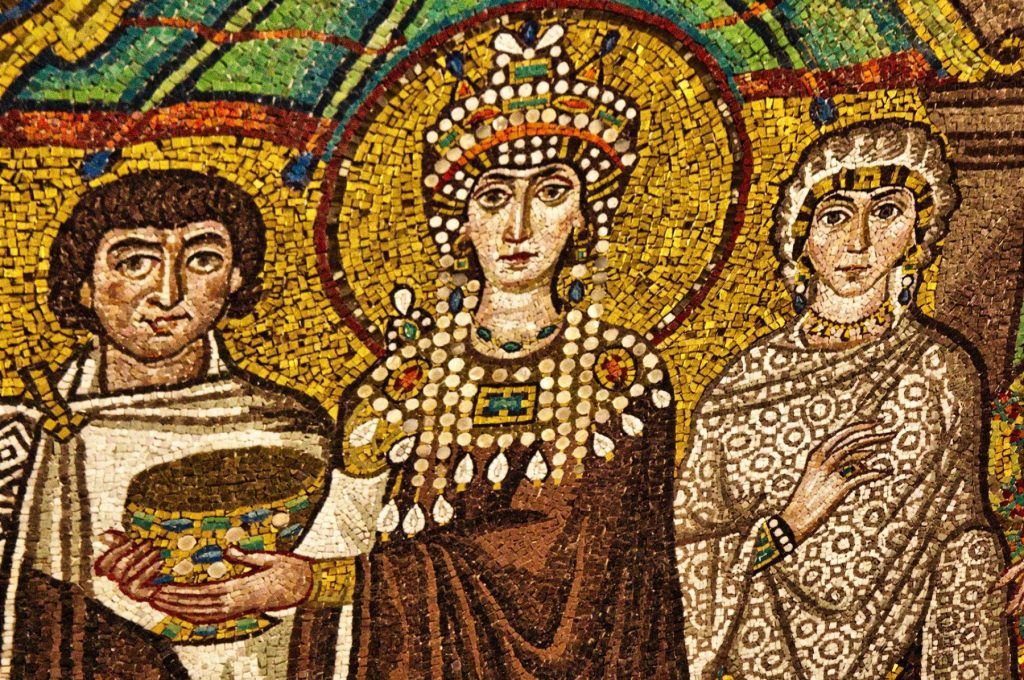 The Republic of San Marino

San Marino is actually a “country within a country”, or a sovereign state similar to the Vatican. Perched upon a rock spur at 750 meters above sea level, this entirely walled city is absolutely breathtaking! It boasts three fortresses and is known throughout Europe for its duty-free, luxury shopping! Another hilltop village whose history is closely linked to San Marino is neighboring San Leo which is definitely worth visiting while you’re in the area. 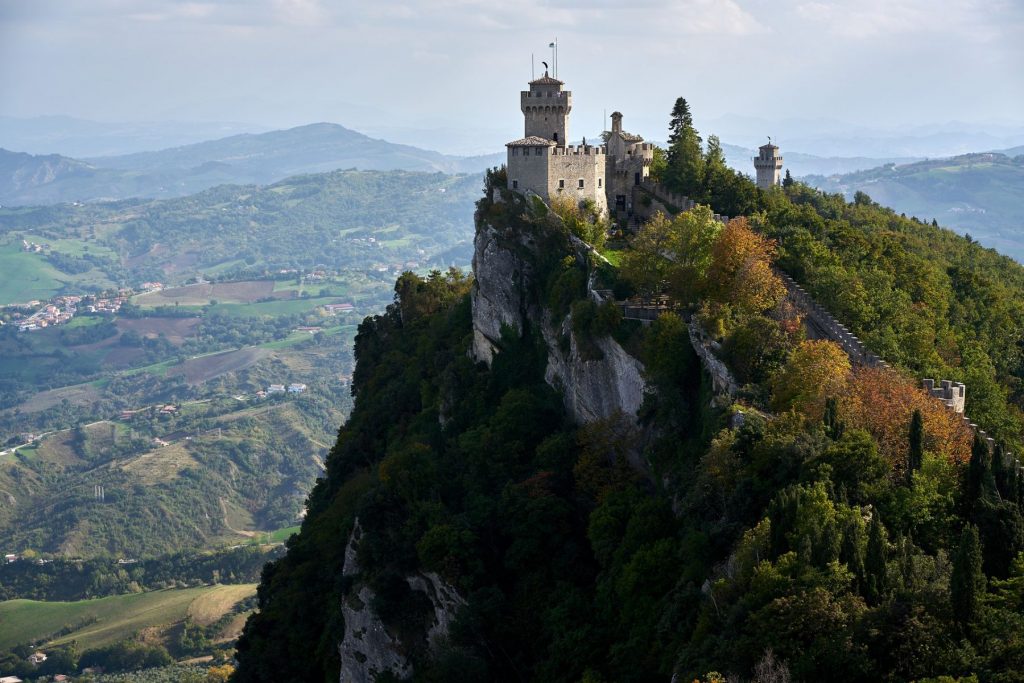 If you’re into seeing unique locations that not that many tourists get to experience, then the Rocchetta Mattei Castle is for you! This architectural masterpiece is in the Apennine mountains just outside of Bologna and doesn’t resemble any other castle in all of Italy. Built in the 1800s, the castle is an eccentric mix of various architectural styles.

As already mentioned, the Emilian Apennine chain runs through the region with its three peaks above 2,000 meters located within the Appennino Tosco-Emiliano National Park shared with Tuscany. Skiing and outdoor sports as well as mushroom, truffle, and game hunting are practiced year-round.

A unique feature of the region is that it’s part of the Po River Basin shared with the Veneto region. The Po Delta Interregional Park is full of plant and animal species that you may not expect to see in Italy including flamingo and even salt mines (Cervia). This coastal area develops into lagoon-like locations such as Comacchio that are compared to Venice but on a much smaller scale. 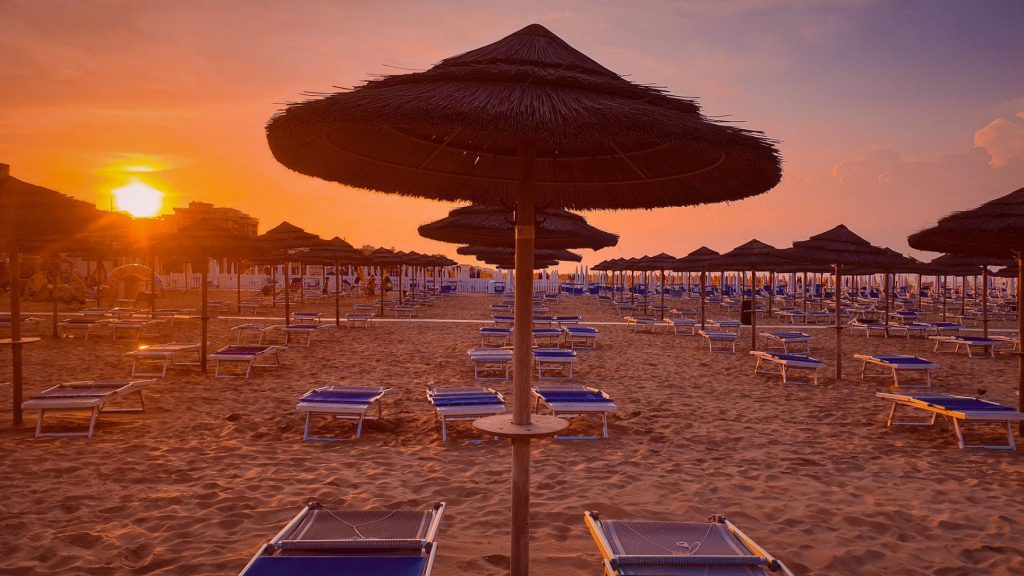 Moving further south along the Adriatic coastline, the Riviera Romagnola boasts famous coastal cities like Cesenatico, Rimini, and Riccione all famous for their wide, sandy beaches, nightlife, and summer festivals.

As already mentioned, the entire region is truly a foodie’s paradise! The list would be endless but suffice to say that in addition to Parmigiano Reggiano, Prosciutto di Parma, Grana Padano, Coppa di Parma, and of course, Balsalmic vinegar di Modena, it is also home to world-famous dishes like tortellini, lasagna, Bolognese sauce, piadina flatbread. The Lambrusco sparkling red, Albana DOCG white, and the full-bodied Sangiovese di Romagna are all excellent choices to pair with your meal.

For a complete guide to the Emilia-Romagna region, click here! 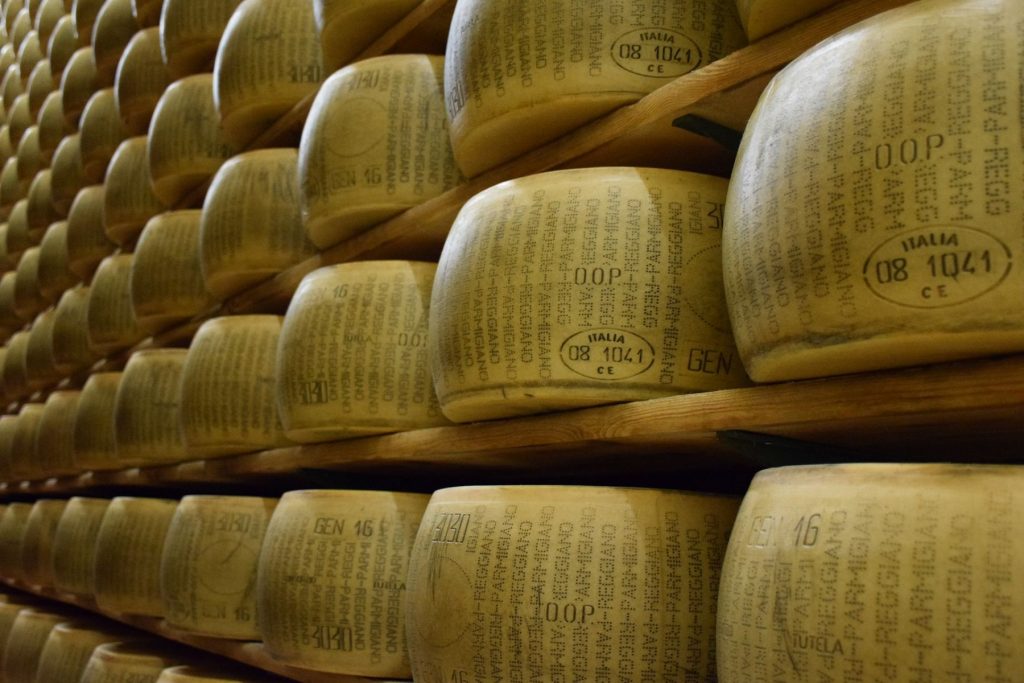 Post Views: 826
Redattore
Itineraries in Bassano del Grappa, from the Brenta river to the Piave river
Visit Taormina, Etna and Nearby Cities: the “Magical” Land of Aci