If you enjoying visiting off the beaten path type places and even eclectic locations like the Tarot Garden in Capalbio, then La Scarzuola is for you! What is La Scarzuola you ask? Other than being very difficult to pronounce, it just might be one of the most unusual places in all of Italy. Located just 50 km from Perugia and immersed in the lush green Umbrian hills, this place is beyond fairy-tale-like! 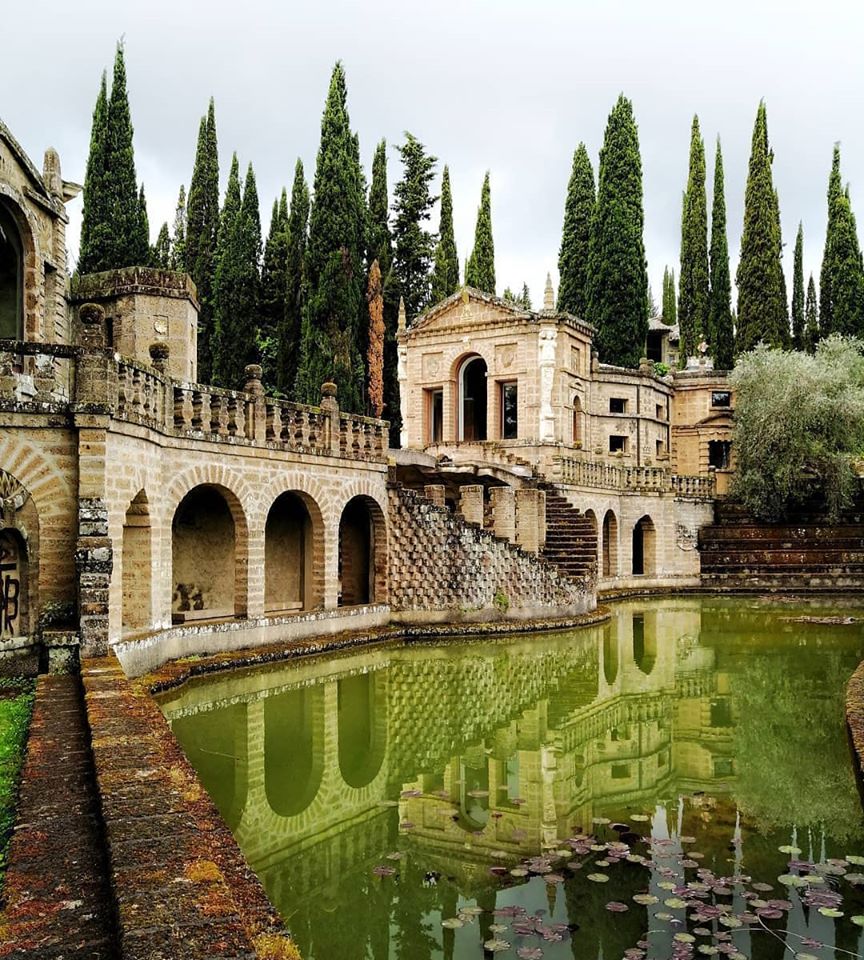 This is the land of St. Francis of Assisi (Assisi is only 75 km away) and it is believed that the Saint himself planted a laurel and a rose here in 1218. Miraculously, water gushed forth from a bare rock near where he had planted them and the site of Montegiove became a place of worship.

Remember the difficult name Scarzuola? There is a reason behind all those syllables: the name of the plant St. Francis used to build his hut here was called a scarza. In the 1500s a church dedicated to St. Francis was built here and it wasn’t until later that it became a convent.

Where It Gets Interesting

Things really get interesting in the 1950s when a well-known Milanese architect named Tomaso Buzzi purchased the property. His plan was to build the “Ideal City” (la Città Ideale) which would juxtapose with the monastery: the holy and the profane. Buzzi was extremely well-studied in art and humanities and constructed his Ideal City in seven overlapping theaters all culminating at the acropolis. 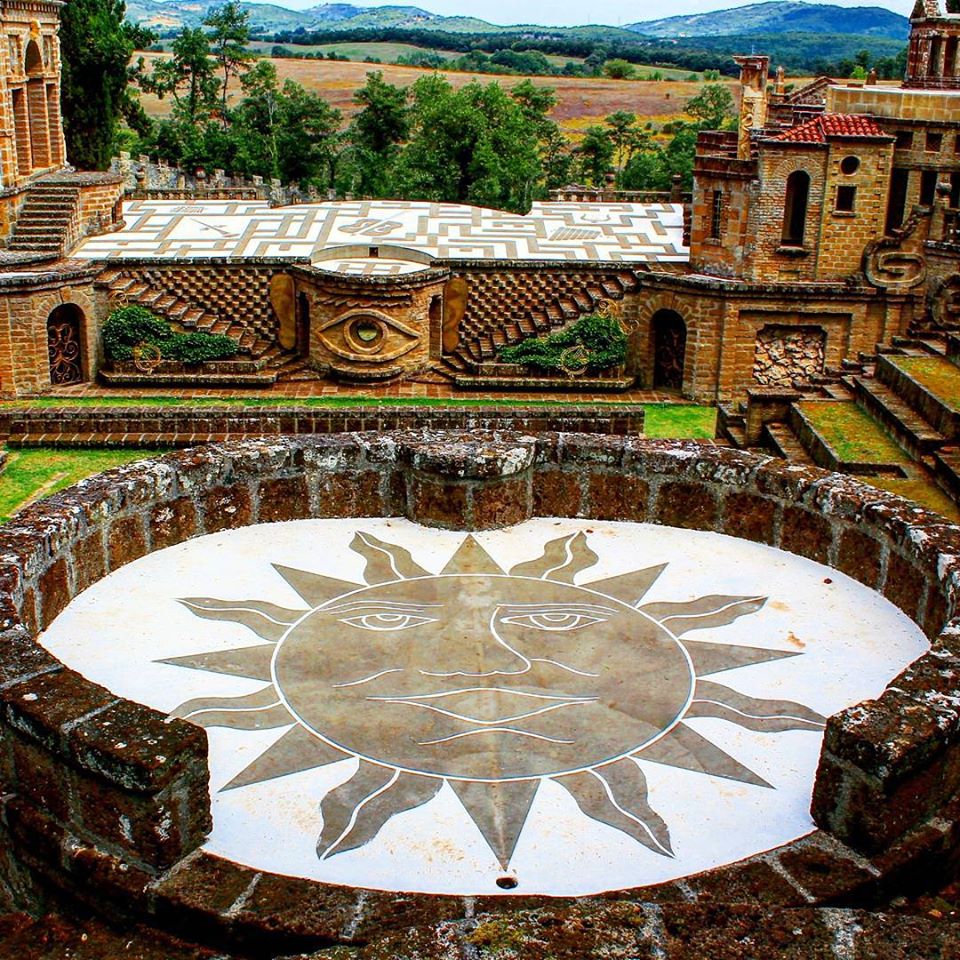 Each theater draws inspiration from places like Villa Adriana in Tivoli and resembles architectural masterpieces like the Pantheon, the Parthenon, the Arc de Triomphe, the Colosseum, the Bell Tower, the Pyramids, and the Temple of Vesta. The trained eye will see evidence of Dali, Miro, and Escher. Staircases leading to nowhere and grotesque, monstrous buildings are all part of the mystique.

Buzzi did not get to complete his dream and left one theater unfinished at the time of his death in 1981. His nephew, Marco Solari, also an architect, inherited the property and brought his uncle’s lifetime dream of the Ideal City to fruition.

An oasis for gathering, for study, for work, for music and silence, for greatness and misery, for a social life and a hermitic life of contemplation in solitude, reign of fantasy, of fairy tales, of myths, of echoes and reflections outside of time and space so that each can find here echoes of the past and hints of the future.
–Tomaso Buzzi on La Scarzuola 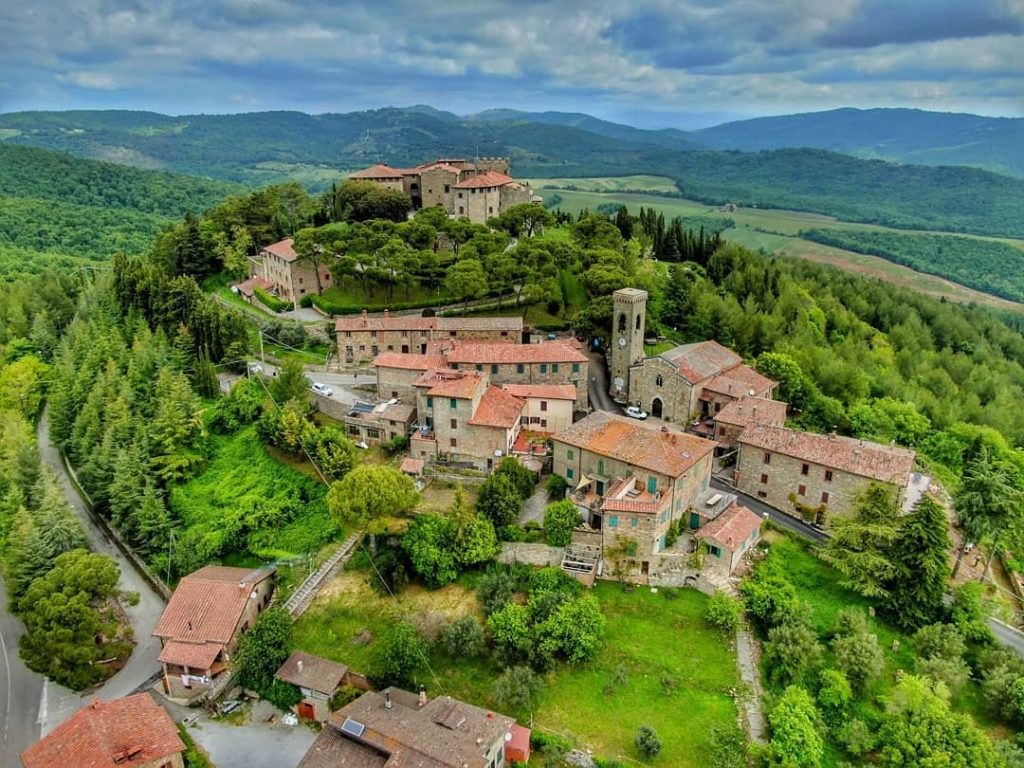 Mr. Solari still gives the tours of the property himself in small groups by reservation only. Visit the official website in order to reserve your tour or call.

You can also visit the hamlet of Montegiove and the larger village of Montegabbione.

Post Views: 1,267
Redattore
Where to Stay in Sicily: the Casa Ruffino Bed & Breakfast
The Sorgente del Gorgazzo in Polcenigo: One of the Most Beautiful Villages in Italy