Italy’s Aosta Valley that borders France is known for its flawless scenery regardless of the season. Whether you are looking for a relaxing getaway, a hiking adventure, or a ski trip, La Thuile (pronounced as in French, lah-twill) is your go-to destination. 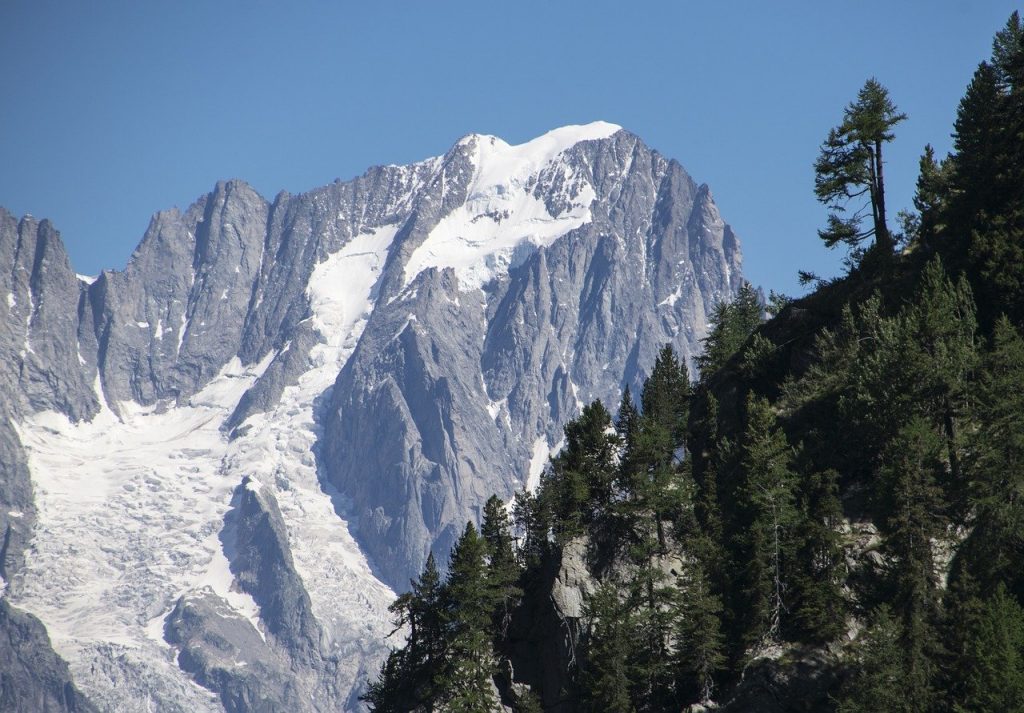 The Aosta Valley, like all of Italy, is divided into provinces and also valleys. Each valley has its own distinct culture, dialect, traditions, and culinary specialties. La Thuile is considered part of the Valdigne, the valley that makes up the area just beneath Mont Blanc (Monte Bianco in Italian) together with other well-known towns such as Courmayeur. At an elevation of 1,450 meters, this Alpine paradise is both a winter and a summer destination par excellence. So where to begin your adventure, you ask…

Although its history isn’t the initial attraction to La Thuile for most visitors, it’s still worth spending at least part of your holiday discovering some of the area’s ancient past.

Along the State Road 26 (SS26) heading toward the Little Saint Bernard Pass (Piccolo Passo San Bernardo) are the remains of an ancient Roman building and archeological site known as Mansio which was used for storing goods and as a shelter between Rome and Gaul. In the same area, you’ll also find one of the rarest sites in all of Europe, the megaliths (Cromlech). A total of 46 stones were inserted vertically into the ground probably during the pre-Celtic period (3,000 BC).

Since you’ve made it this far, you really must continue on across the French border to the Alpino Chanousia Botanical Garden and to the Saint Bernard Hospice (L’Ospizio del Piccolo San Bernardo). Originally constructed by Bernard, the Archdeacon of Aosta around the year 11oo, the building was destroyed numerous times over the centuries. Now it houses a museum and a tourist office. Jovis’ Column (or Jupiter’s Column) stands at 4,5 meters tall with the symbolic statue of Bernard perched at the top. 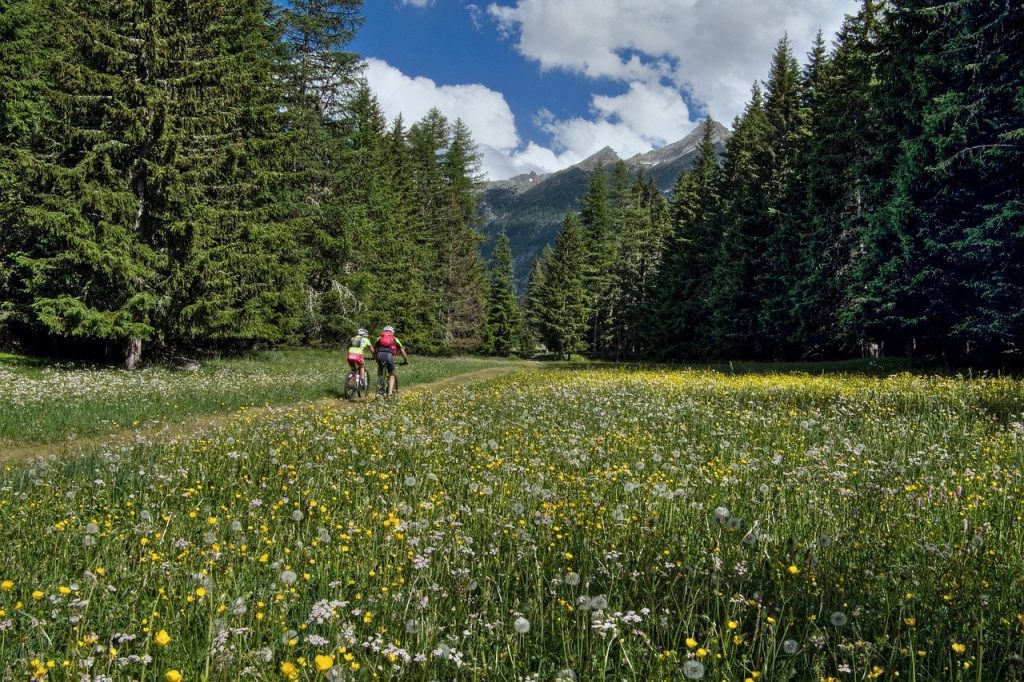 The primary reason visitors are drawn to the Valdigne is because of its breathtaking landscapes. Monte Bianco, snowcapped at an astounding 4,800 meters, is never out of sight. Extensive glaciers, alpine prairies, lakes, and rivers provide endless possibilities to be outdoors year-round.

In the wintertime, the Espace San Bernardo Ski Area (La Thuile-La Rosière) shared with France, is equipped with 32 lifts and over 80 runs of varying difficulty. La Thuile has its own ski resort as well on a smaller scale but nonetheless with everything you need to satisfy even the most advanced of skiers. There is also a snowpark in La Rosière.

You don’t have to be an expert biker to enjoy the bike park in La Thuile. It’s designed for all levels and even has a school where you can take lessons. It’s part of the nature trail area that boasts an astounding 200 km of tracks between Chaz Dura (2,600 m) to La Thuile.

Whether you simply want to breathe in the Alpine air and take a pleasant stroll through the green meadows or whether you want to challenge yourself with the hike of your life, La Thuile has a trail for you. 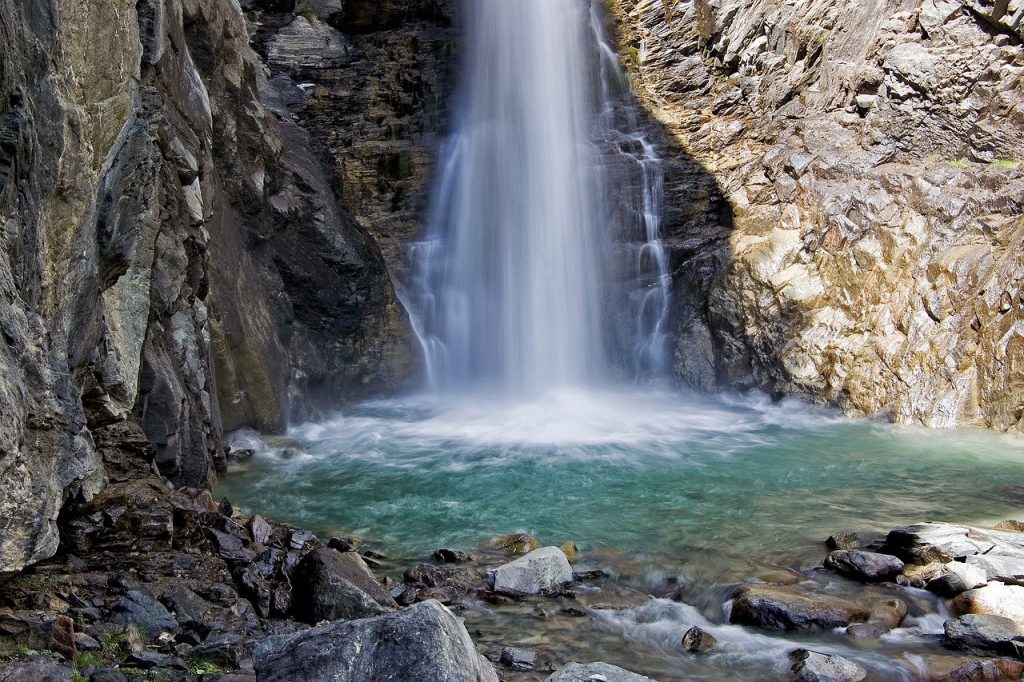 Some of the most beloved hikes will take you to the Rutor Glacier and waterfall, Cascata del Rutor, and the Deffeyes Refuge. You can enjoy the view of the three falls from the bridge that was opened in 2014 to mark the 150th anniversary. If you continue along the hike, you’ll come to another favorite spot, the lakes at Bellacomba.

You can also go rafting on the Dora Baltea river at the foot of Mont Blanc which offers packages for the entire family. Fishing, horseback riding, and climbing are just some of the other activities that La Thuile offers during the summer months.

Of course, there are the food and wine tours too! Fontina is the reigning king of Aosta’s signature cuisine, but there are many other dishes that you can try that you won’t find anywhere else in the world. Some of the wines produced here come from vines cultivated at 1,200 meters (Morgex)- the highest in all of Europe! In 2009, La Thuile was also given the title of the Città del Cioccolato.

As you can see, no matter when you decide to visit, Aosta’s La Thuile will have you wanting to come back for more to witness its colors and aromas that change with the seasons.

Post Views: 528
Redattore
Summer 2021 in Tuscany’s Valdera: Events in Chianni
The Village of Calangianus in Sardinia