Carbonara Sauce: The Uncertain Origins of This Beloved Dish

Without a doubt, one of the most beloved dishes ever, both abroad but especially in Italy, is carbonara! Italian pasta associations have officially proclaimed April 6th to be Carbonara Day. The event has spawned a wave of social media posts, challenges, and hashtags including #CarbonaraDay and #CarbonaraHomeMade. So what do we actually know about this dish other than it’s absolutely delicious? 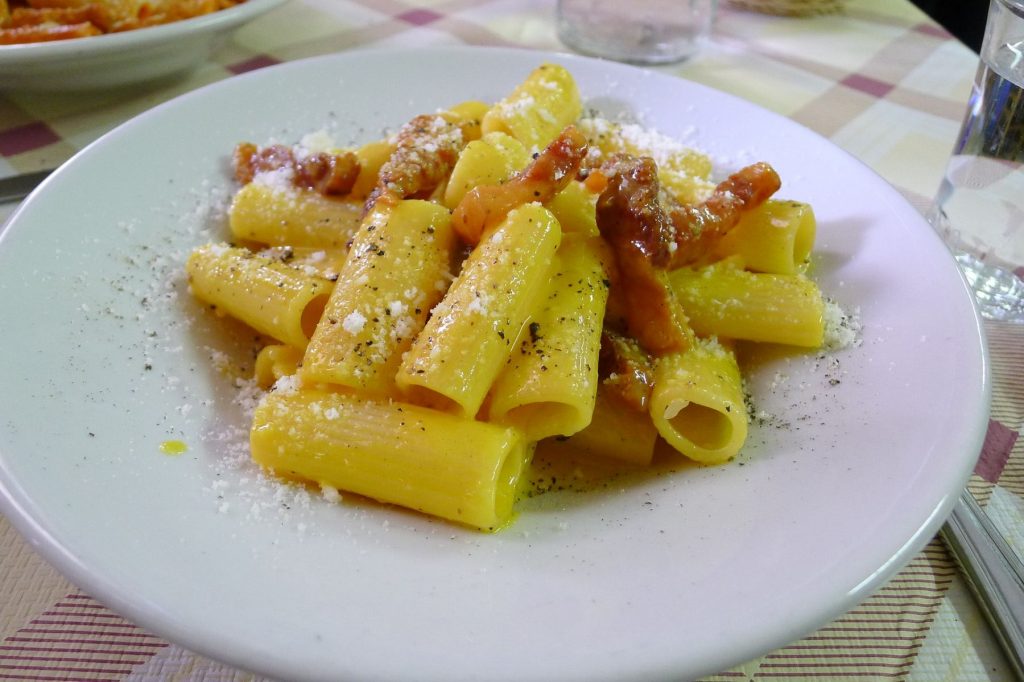 Although there is no exact source on the origins of carbonara, according to research, it seems that the first written record of it was in a 1950 edition of La Stampa. The article spoke of a host in Trastevere who welcomed American officers serving them spaghetti carbonara. It would seem that the first written recipe dates back to 1952 signed by two Italian owners of a restaurant.

Despite this confirmation that seems to attribute paternity to the Rome area, there are other theories that claim carbonara was created in Abruzzo. The honorary president of the Italian Academy of Cuisine, Giovanni Ballarini, believes that it is simply an evolution of spaghetti cacio e uova- a typical Abruzzo dish prepared with cacio cheese and eggs.

There are also others who claim the recipe actually originated overseas in America because of the combination of eggs, cheese, and bacon.

And then there are those who attribute the origin to a noblewoman from Polesine, Italy who hosted secret meetings of the Carboneria.

Not surprisingly, as with most of the recipes of Italian origin, there are die-hard traditionalists. Tradition has it that the ingredients for this dish are: durum wheat semolina spaghetti or rigatoni, bacon (pancetta), pecorino romano cheese, eggs, salt, and pepper.

There are also many other versions. There are those who, for example, replace the pecorino cheese with parmesan; those who replace the bacon with fish or vegetables- the possibilities are practically endless! For many of us, the kitchen is a place to experiment, get creative, and try new takes on old favorites. As long as we don’t veer too far away from the original that is.

Whatever the truth may be about the birthplace of carbonara, doesn’t really matter. The important thing is that it has made its place at the table of the cuisine not just in Lazio but around the world! 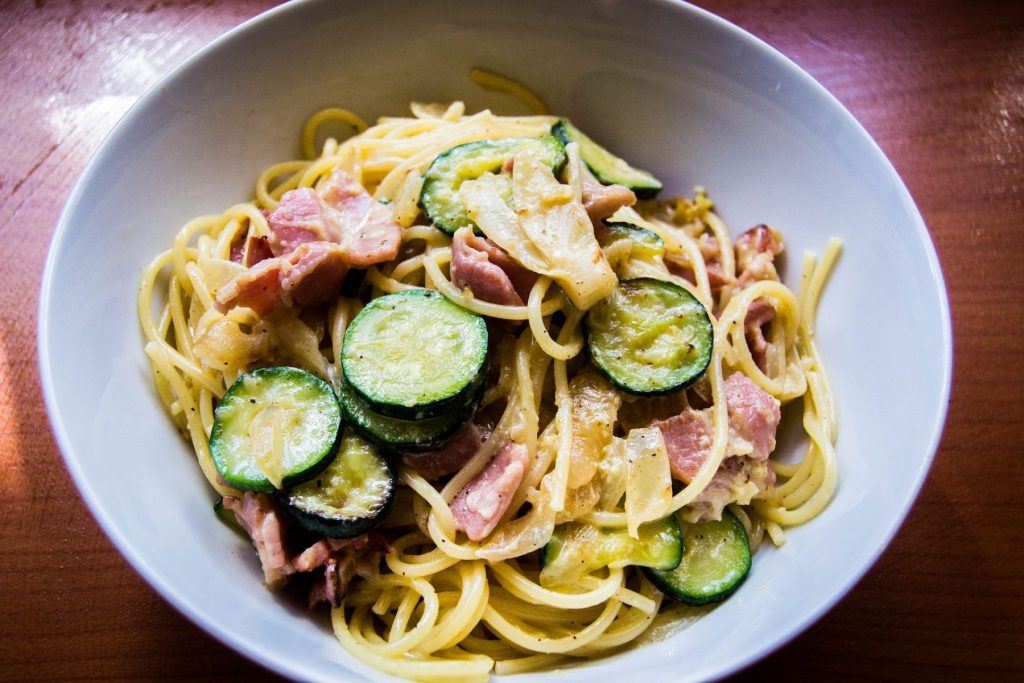