Ninfa Gardens: One of the Most Magnificent in the World

Just 80 kilometers southeast of Rome lies a magical world straight out of a fairy tale. It may not be as well-known as many of the other famous sites on the infinitely long bucket list in Italy, but I can assure you that the Ninfa Gardens (i Giardini di Ninfa) are absolutely spectacular. Although slightly tricky to reach, it is well worth the effort.

Ninfa Gardens are actually located in the Latina province. If you are traveling by rail, you can take a train from Rome to Latina in about 45 minutes’ time. From Latina, there are buses (which is quite complicated) or the easiest way, is to hire a taxi. 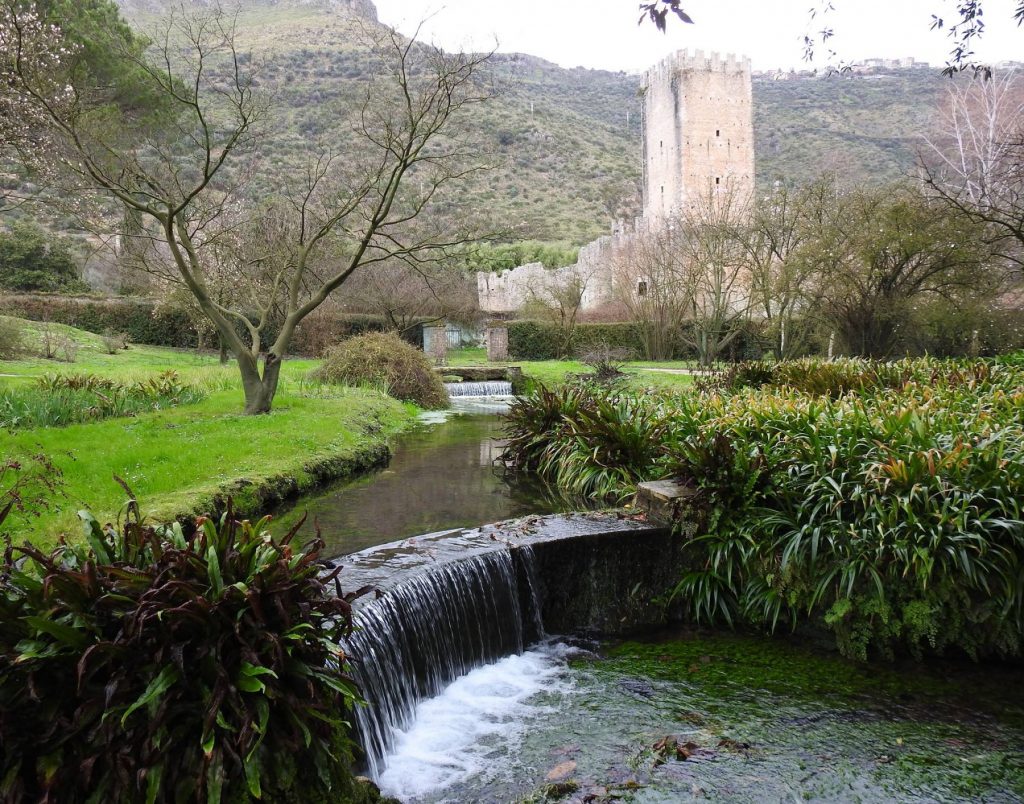 History of the Gardens

Just as its name suggests, Ninfa, of course, refers to the nymphs of Greek and Roman mythology who were not exactly goddesses but were amongst the gods and associated with nature and especially water. Their beauty is said to have seduced many a mortal and to have born children like Achilles and others. When you visit the gardens, you’ll agree that the name is fitting.

Originally, there was actually a Roman temple built on the very site of the current gardens dedicated to none other than the ninfe. Over the centuries, the area changed hands continuously and it wasn’t until the 16th century that Cardinal Nicolò Caetani of Sermoneta began the transformation of what we see today. He had a great appreciation for botany and built a walled garden near the castle. The Caetani’s possession of the gardens continued through the centuries and with each passing century, the garden was amplified with periods of total abandonment.

The Beginning of the Transformation

It wasn’t until the 1920s that it began to once again take shape and began its rebirth in the style of an English garden. (Gelasio Caetani’s mother was English). Great additions were made such as holm oaks, cypress, and roses as well as major restoration to the medieval buildings. Other “foreign” influences on the garden’s appearance and variety of flora came from America, this time from Marguerite Chapin, Roffredo Caetani’s American wife. The couple’s daughter, Leila Caetani, was the last heir of Ninfa Gardens. She contributed greatly to its current appearance by adding numerous species of roses and magnolias.

The variety of flora is astounding: over 1,300 varieties sprawling 8 plus hectares of land. Plants have been imported from all over the world over the centuries and include Japanese maples, American walnuts, Himalayan pine, Mexican pine, and an astonishing variety of roses. The location is also home to 100 different bird species and is on the migratory path between Africa and Europe. In fact, a large portion of the garden was set aside as a sanctuary by the World Wildlife Fund in 1976.

If you can believe it, the lush gardens and birds are really only part of Ninfa’s incredible charm. Its many creeks, water sources, fountains, statues, and old ruins are truly what set this garden above all others. It has been described by the guides themselves as “organized chaos”.

Some of the ruins date back as early as the 10th century when Ninfa was a prosperous village. Probably the oldest building on the property is what is left of the Church of Santa Maria Maggiore. Some of the original frescoes from the 1100s are still visible. Other ruins on site include the Church of San Giovanni, San Biagio, San Salvatore, San Paolo, San Pietro, and the castle.

It is unfortunate that the year 2020, which ironically marked the 100th anniversary of the garden’s opening, was tainted with the limitations of the COVID-19 pandemic.

According to the official website, the 2021 season looks promising with reservations available. Even under normal circumstances, the gardens are only open from March through November, and not daily. You must book a tour well in advance as they are very limited, especially in English. 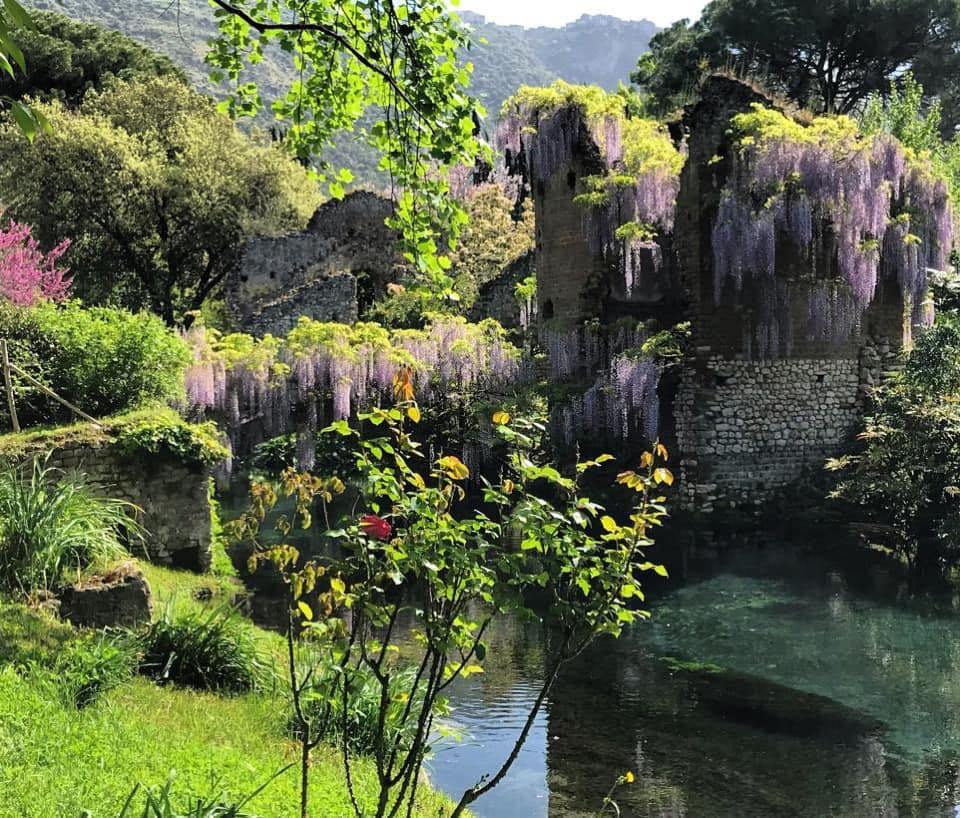 Post Views: 546
Redattore
What to See in Santarcangelo di Romagna
The Iris Garden in Florence