Many people may not realize that multiple Roman colosseums still exist not just in Italy but throughout the former Roman Empire. However, among Italians, when you hear someone say “The Colosseum”, let there be no mistake, there really is only one. We’re of course referring to one of the Seven Wonders of the World, the Flavian Amphitheater, in the heart of Rome.

It is one of the most iconic symbols in the entire world and most definitely, Italy’s most well-known destination. The Colosseum sees over six million visitors every year and is consistently at the top of every tourist’s list on any proper trip to “the boot”. 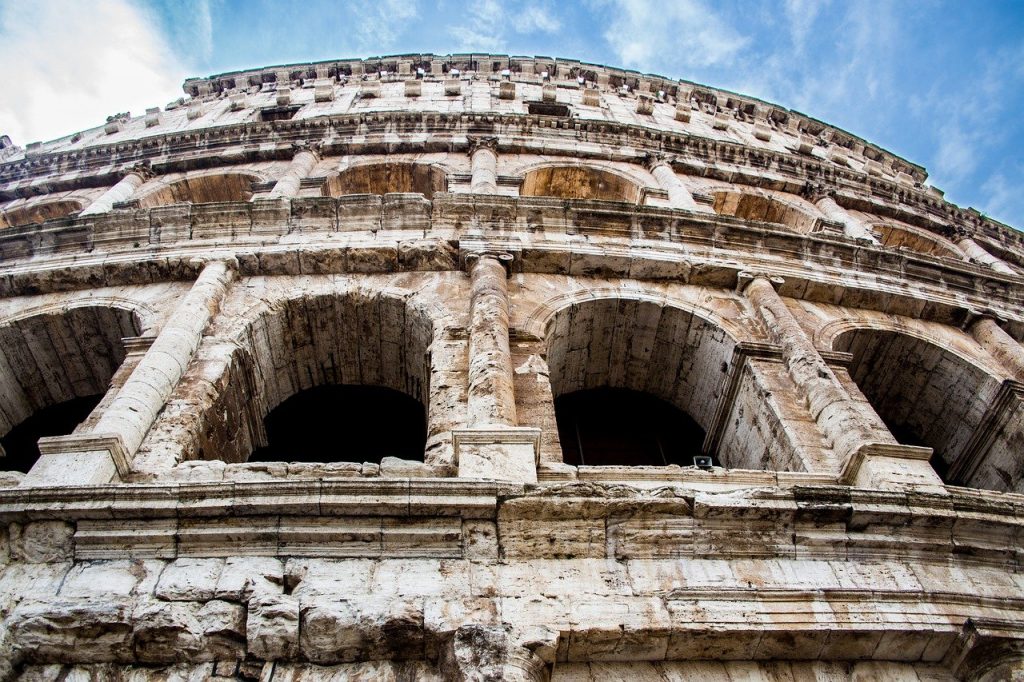 Construction began in the year 72 AD and within just eight years, the massive amphitheater was being inaugurated to the people of Rome. The Emperor at the time was Titus and he celebrated the grand opening with 100 days of “games”. Let’s not forget that “games” in those days involved the slaughter of 2,000 gladiators. Not too many years from now, the Colosseum will celebrate its 2,000-year-old birthday. Let that sink in for a moment.

Even in its somewhat ruined state today, it isn’t hard to imagine how magnificent the arena that stood at 57 meters high, 188 meters in length, and 156 meters in width must have looked in its original glory. It is magnificent even today as the golden travertine blocks stand out against the sky above the capital of Western Civilization. If you close your eyes, you can almost hear the crowd of 50,000 (some believe as many as 80,000) wild Romans cheering and sneering.

Romans would come to watch all sorts of spectacles ranging from historical reenactments, theater, musical performances, executions, and of course, the gladiator fights. Exotic animals coming from Africa and Asia were common and would have likely been involved in many of the battles and used as a means of execution. Although, this brutal death was certainly not just reserved for Christians.

Tickets were actually used and seating sections were divided based on class. The emperor, of course, had a box seat, with the Roman elite in the tier just above him, followed by regular citizens, and finally, in what we would call the “nosebleed section” today, sat the women and the poor.

Over 70 entrances allowed spectators to enter and exit quickly and in an organized fashion. 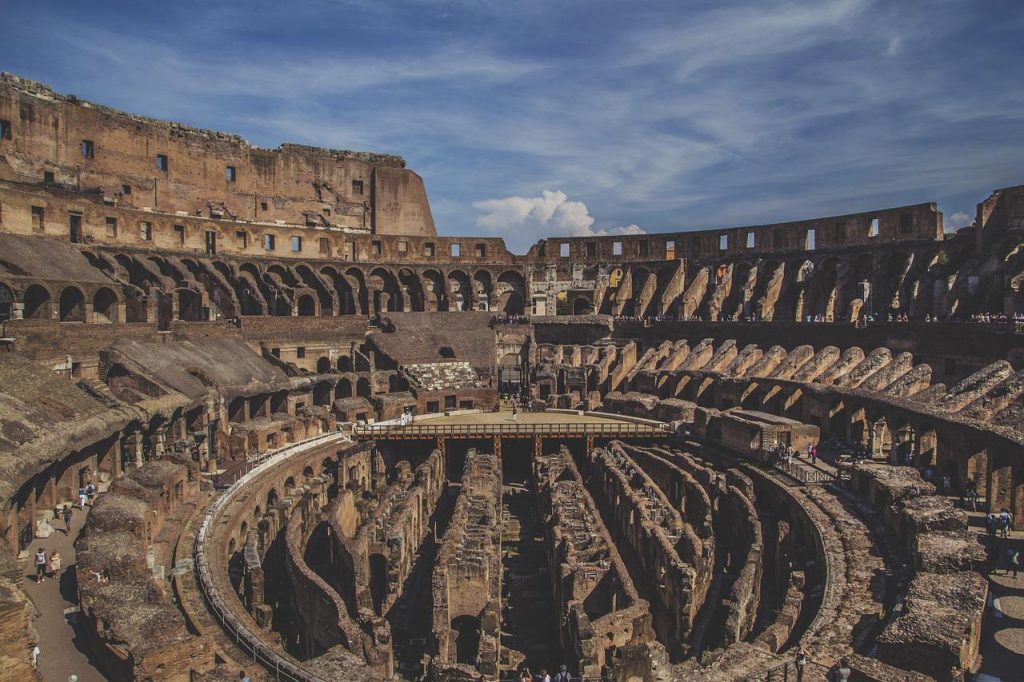 In many ways, it wasn’t all that different from a modern-day concert, festival, or circus. Street vendors would have surrounded the arena selling souvenirs, trinkets, and various food and drink to the crowd as they made their way into the Colosseum.

A sophisticated awning called a velarium was hoisted across the Colosseum providing much-needed shade to the crowd during the hot summer days. A specialized crew used an advanced system of ropes and pulleys to maneuver the awning’s position based on the sun’s rays.

Despite popular opinion, there is no real evidence to suggest that the thumbs up/ thumbs down gesture originated in Roman times, nor that it meant that a gladiator should be spared or killed. Some type of gesturing would have been used, but it is unlikely that the crowd, or even the emperor himself, was in charge of giving the execution signal.

Today, the Colosseum is part of the Parco Archeologico del Colosseo which includes the Colosseum, the Forum, the Palatine, Arch of Constantine, the Domus Aurea, museums, and Mirabilia. It is open every day except for Christmas Day and New Year’s Day. Visit the official website in English for details and to purchase tickets in advance.

Read more on Rome’s most famous monuments including the Pantheon and the Trevi Fountain. Or read more about the major sights in the Eternal City.

Post Views: 91
Redattore
Puglia: One of Italy’s Most Desirable Destinations
Italy’s Cilento Coast: Everything You Need to See