What to See in Ardea: an Archaeological-Historical Itinerary

Ardea is a small town in the rural area surrounding Rome, on the top of a tuff bank where there are several caves. The town is centered around a central square with a fountain dedicated to the fallen veterans and in the narrow streets where there are small shops. 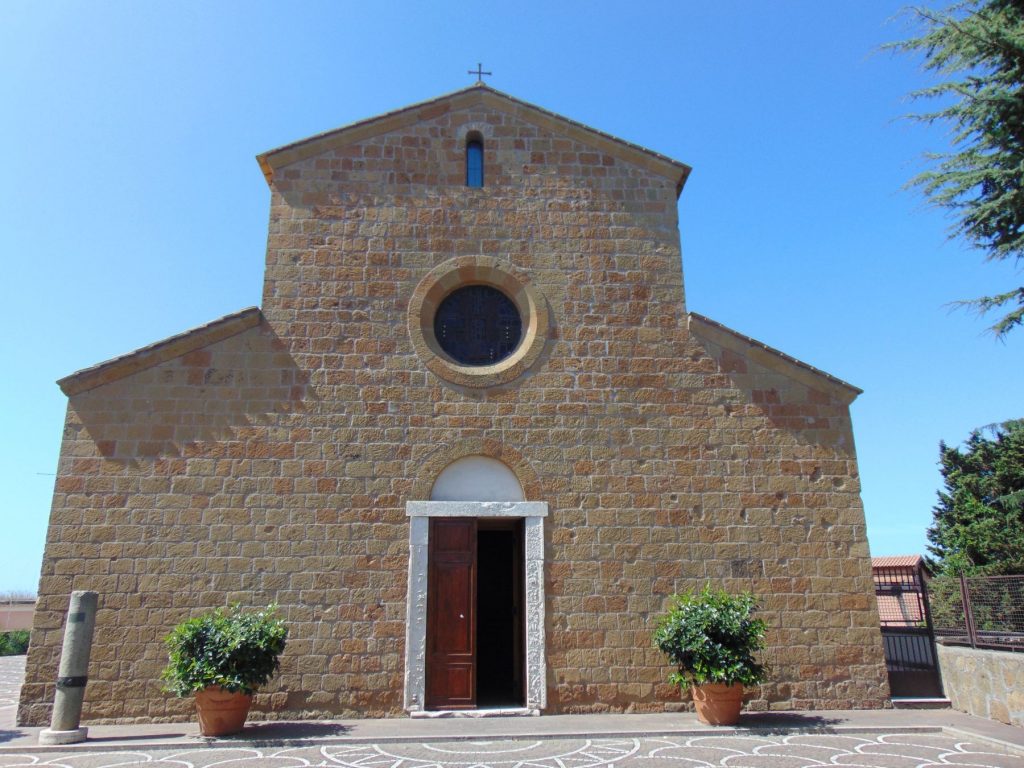 It is precisely here that there are two important monuments: the church of San Pietro Apostolo and the Christian hypogeum oratory. The first one is a Romanesque structure, built in the 12th century, divided into three naves. Kept inside are some contemporary artworks, including the Stations of the Cross as well as the baptismal font and the tabernacle of the right nave created by the sculptor Giacomo Manzù. There is also a museum dedicated to him in Ardea. Furthermore, fragments of 15th-century frescoes with images of some saints, including Sant’Antonio Abate, San Cristoforo, and San Leonardo, are in the church.

To reach the Christian hypogeum oratory, you take the road that leads out of town, skirting the last curve of the fortress. Guided tours and site openings are possible thanks to the Pro Loco organization. The site was casually discovered in 1964, excavated in a field in front of the archaeological site of Casarinaccio. 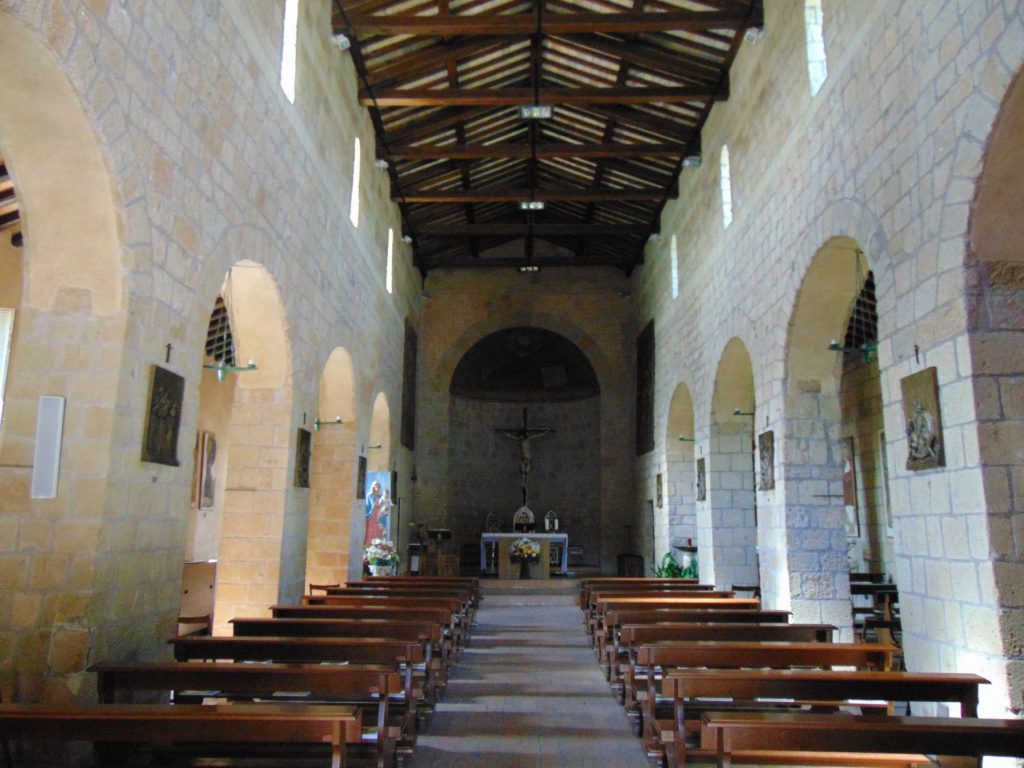 The descending staircase presents a vault decorated with colored pebbles, but the real show is the 12th century A.D. frescoes. Realized in a 2nd century A.D. nymphaeum which had perhaps been used as early as the 5th century A.D. as a place of Christian worship. In the bottom niche, four figures are represented: on a golden and central throne, the Virgin Mary sits with the Child on her knees; on her sides, two female characters are depicted, saints, but only the one on the left is known. She is, in fact, Saint Lucia, as reported in the caption. 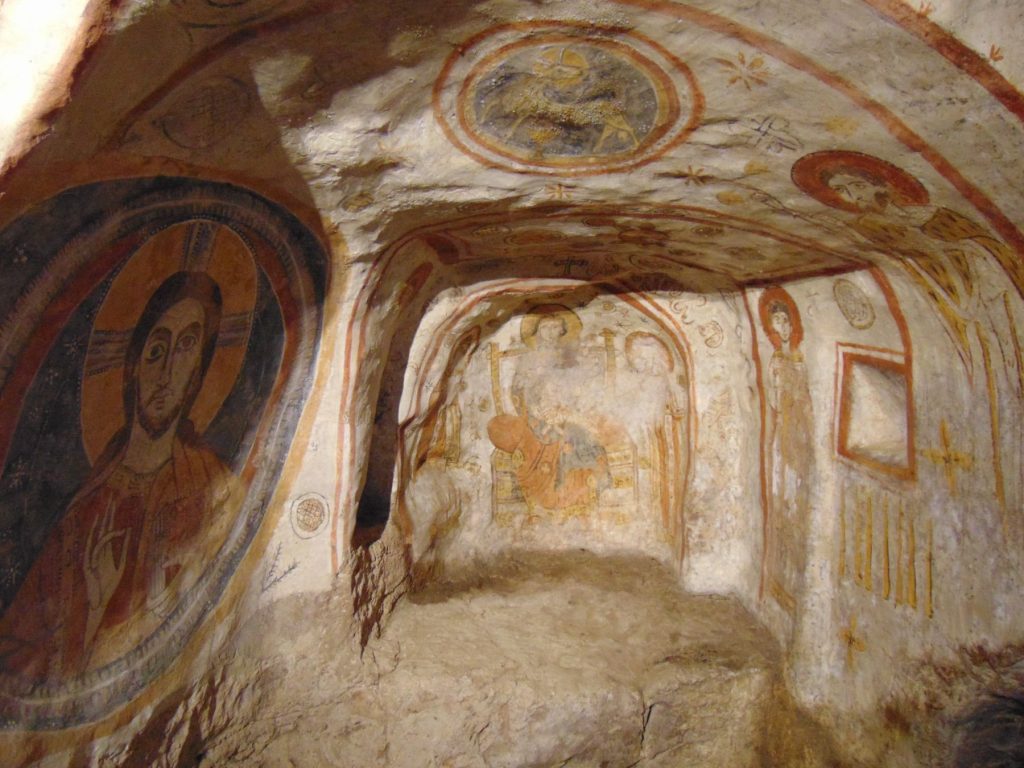 Everything is immersed in a decorative program composed of stars and rosettes. There are two other saints outside the niche, but the focus is on a large blue clypeus that encloses a Pantocrator and blessing Christ, with a halo, followed by an Agnus Dei frescoed on the vault and by a probable Saint John the Baptist indicating a star. The paintings continue to decorate the walls. There is also a fresco with two knights, one of which is perhaps identifiable with San Giorgio.

The site can be visited virtually, but the emotion of entering an ancient place such as this and immersing yourself in its spiritual atmosphere is certainly priceless. 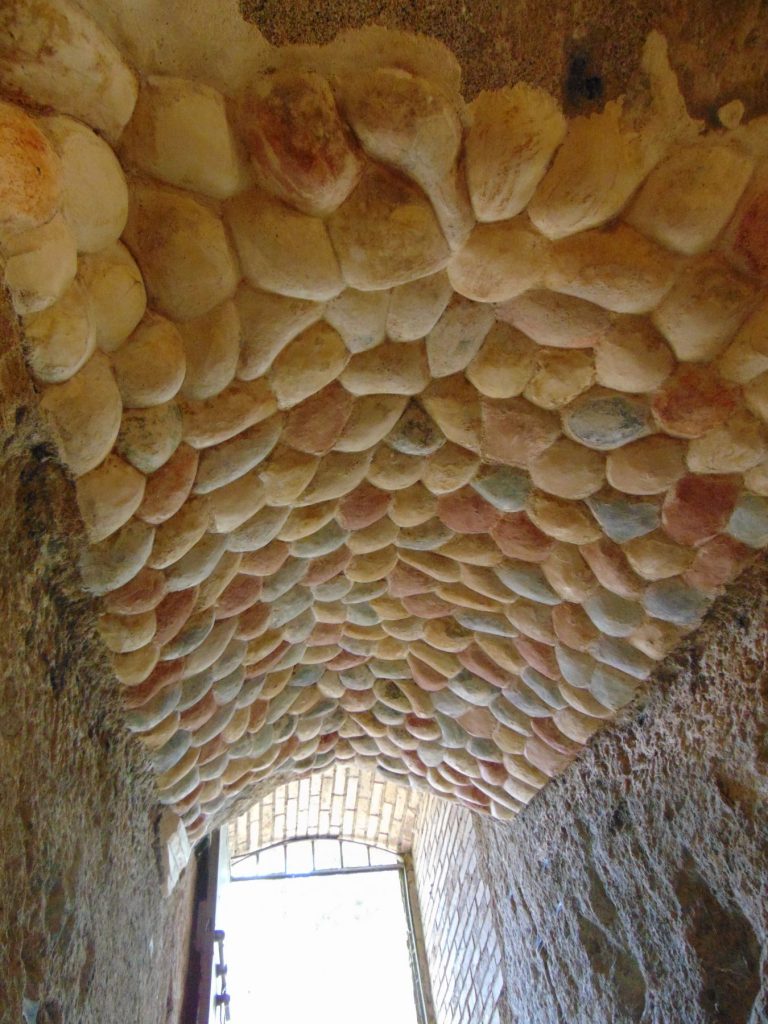 Ardea does not end here: the church of Santa Marina, built on a nymphaeum, is located inside the cemetery. Then there are the archaeological areas of ​​Casarinaccio and that of Castrum Inui.

The small town is definitely worth a visit, both during the summer – being just a few kilometers from the sea and the cities of Pomezia, Torvajanica, Anzio and Nettuno – and during the winter.