For a long time, Genoa wasn’t very well known. Perhaps viewed with suspicion by Italians, but even more by tourists who considered the city little more than a link between the Riviera di Levante and the Riviera di Ponente and vice versa.

Over the last few decades, the perception has drastically changed. The opening of Genova’s amazing aquarium, located in the old port, is one of the most important structures of its kind in Europe. It brought the city into the limelight both on a national and international level. Tourism has begun to spread not just within the city limits but also outside into the suburbs. 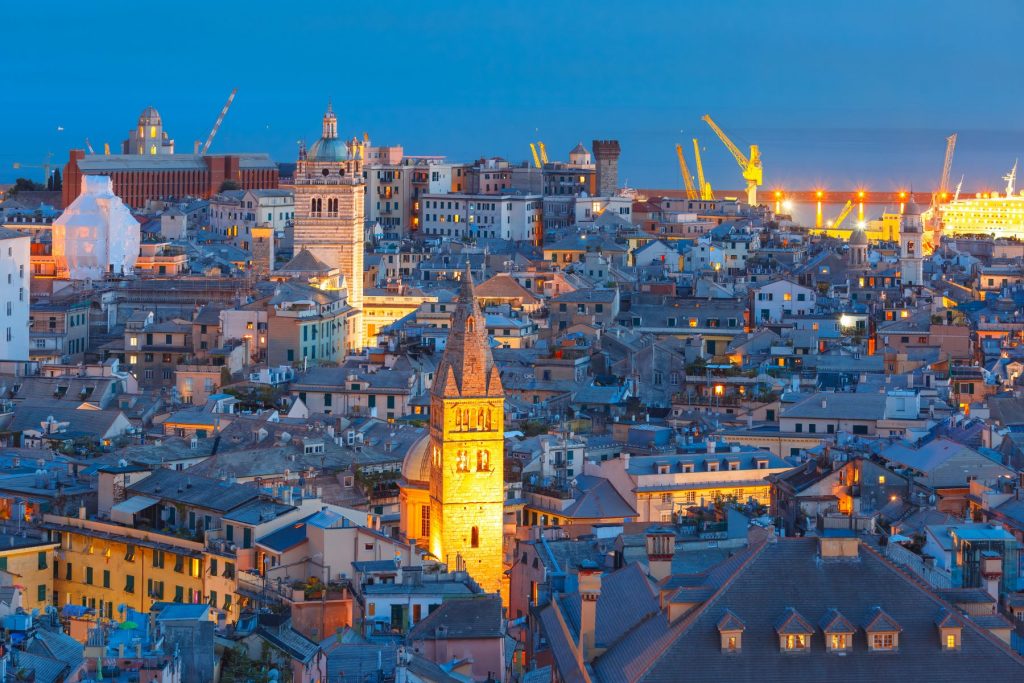 A real litmus test of tourism can be seen in the area that the locals refer to as Spianata Castelletto. Located in the hills just above the city center, the name means ‘little castle’ and derives from the fort that was torn down to build residential housing in the late 19th century.

The view from Spianata Castelletto is absolutely spectacular both during the day and at night. In the daylight, you’ll enjoy views of the whole city and of the port as well as rivers on either side. As the sun goes down, Genoa shines with countless lights and vibrance.

The Spianata area revolves around elegant 19th-century houses. To the east, in the distance, are the areas of Punta Chiappa and Camogli, and on the other side, the sea towards Arenzano.

In Castelletto, you can feed your soul and your palate! Restaurants of all kinds and pubs serving sandwiches and beer as well as ice cream parlors fill the streets. Locals flock here to meet for an aperitif, a coffee, or a gelato during the summertime. Or perhaps you’d prefer a winery with outdoor tables offering excellent champagne and prosecco.

Spianata is a real neighborhood yet close to the center of Genoa. It’s perfect for an afternoon or evening exploration and for a change of pace. The proximity to the center allows you to get there easily from the major Genoese hotels.

Via two elevators, it is possible to arrive directly from the center. The ticket used for the bus is also used cumulatively for the lift as both are owned by the Municipal Transport Company.

The characteristic funicular of Sant’Anna isn’t far away. It was once operated by water traction and now it’s electric for safety reasons. Corso Solferino and Corso Armellini, and Piazza Manin are all major gathering points for the locals and visitors as well.

Genoa has experienced a tourist revival in recent years almost as if it has been recently discovered, but yet with a deeply-rooted history. Spianata Castelletto itself with its elegance and grace is almost reason enough to visit!

Post Views: 667
Redattore
The Casa Provenza B&B in the Heart of Catania
Castles Along the Riviera Romagnola