The "Sistine Chapel of Milan"

Milan, the city of hidden beauty. Everyone knows the Duomo and the Sforza Castle, but if you walk through the center, you can also find many other unknown artistic masterpieces. One of these is found at number 13 on Corso Magenta and it is the church of Saint Maurice al Monastero Maggiore. 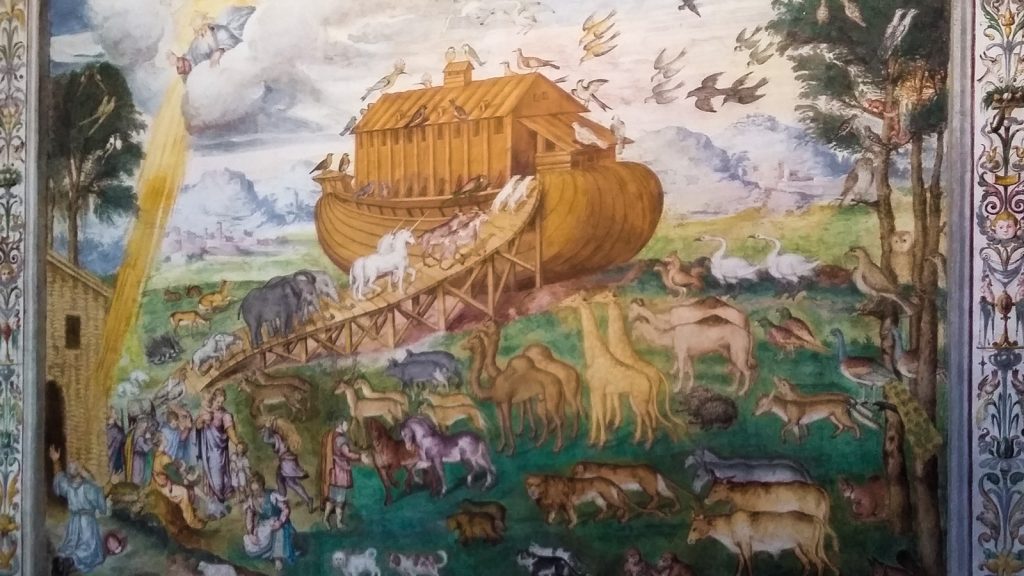 We are in the heart of Milan, a stone’s throw from the main tourist attractions. Corso Magenta is one of the most elegant and characteristic streets- perfect for those who want to immerse themselves in the true soul of the city and admire the beauty of its historic buildings.

From the outside, the church of Saint Maurice goes almost unnoticed- its gray facade appearing anonymous- similar to many others. However, when you enter, you immediately understand why the art critic Vittorio Sgarbi called it the “Sistine Chapel of Milan”. An explosion of paintings and frescoes covering every corner, wall, and ceiling of the church will leave you breathless. The fact that such a small church can contain all these masterpieces will amaze you.

Saint Maurice al Monastero Maggiore was the largest female Benedictine monastery in Milan for about a thousand years, from the 17th century until 1798, when the convent was suppressed. It belongs to the Early Christian period. In the 16th century, the convent was rebuilt, and in 1503, the architects Gian Giacomo Dolcebuono and Giovanni Antonio Amadeo started the construction of the church.

The church is divided into two sections: a public part dedicated to the faithful that faces the street and coincides with the main entrance, and an interior part, called the Chorus of the Nuns. The latter was once reserved only for cloistered nuns, who were forbidden to have contact with the public. Thanks to an iron grille that was placed above the altar to separate them, the nuns were able to listen to mass.

The protagonists of the amazing frescoes that adorn the entire church are saints, episodes from the Bible and of the life of Jesus Christ. They were painted between 1522 and 1529 by artists from the Lombard Renaissance. The principal artist was Bernardino Luini, who was part of the group of the so-called Leonardeschi painters that followed the style of Leonardo da Vinci. Bernardino Luini was the artist most appreciated by the aristocracy of Milan of the 16th century and in fact, in some frescoes, he depicted some members of the Bentivoglio family. The Bentivoglios commissioned the painting of the whole church. Another important painter of two of the frescoes was Simone Peterzano. The name probably won’t sound familiar, but suffice it to say, he was Caravaggio’s teacher.

The first part of the church that was frescoed was the area dedicated to the nuns. In particular, the oldest fresco covers the vault where the nuns who were part of the choir gathered. It makes an impression with its brilliant colors. The four evangelists are depicted surrounding the Eternal Father Blessing on a dark blue background. 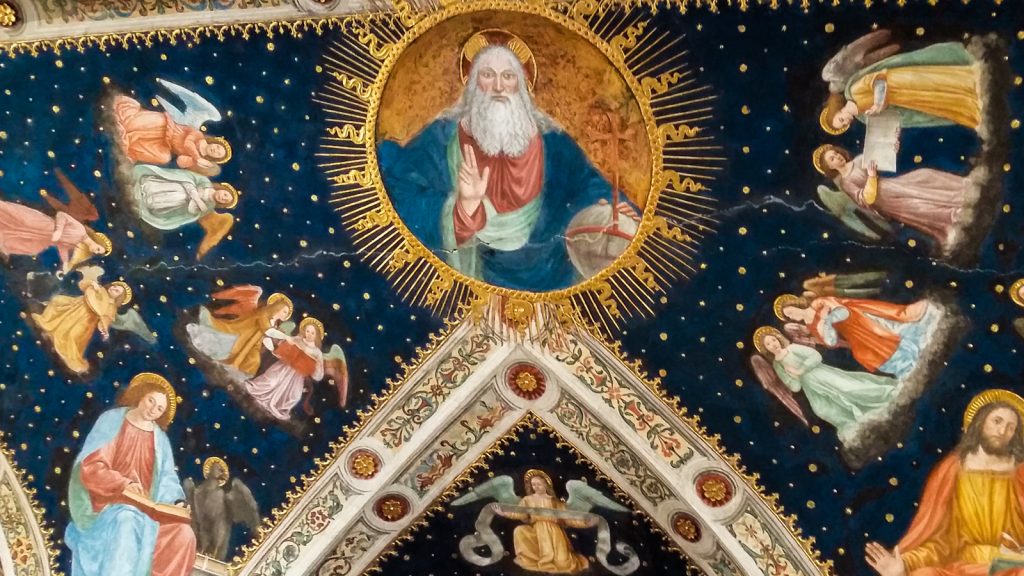 In the nuns’ section, you can also find a very particular painting, one of the last to have been painted, and the oldest organ in Milan dating back to the 16th century.

The painting that I am referring to is Noah’s Ark by Aurelio Luini, one of Bernardino’s sons. It depicts the animals of the Ark in a very colorful and detailed way, and it presents two anomalies. The first is that Luini included unicorns, among other animals, and the second, is that all the animals are represented in pairs except the dogs, which are painted in a trio.

Like all churches, Saint Maurice had to be restored. The Banca Popolare di Milano financed the works between 1997 and 2015.

Since the Second World War, when all the cloisters of the monastery were demolished, Saint Maurice’s has also housed the Civic Archaeological Museum of Milan. You can admire works dating back to the Etruscan, Roman, Greek and barbaric age. There is also a model of the current city, overlapping the one of the 11th century, when the city was called Mediolanum.

This beautiful gem of Milan is open today thanks to the daily dedication of the volunteers of the Touring Club Italiano, who are happy to welcome you from Tuesday to Sunday from 9:30 to 19:30. Entrance is completely free. On Thursday evenings, classical music concerts are held in the nuns’ choir.

If you are interested in more news and information about Saint Maurice’s, visit the website Turismo Milano.