Visiting Pavia: this northern Italian city can be visited in one day. From its lively historic center to its Visconti Castle, its famous covered bridge, and its Carthusian Monastery, you’ll enjoy every minute of this Lombard city.

We begin the visit with the medieval aspect of Pavia. The Visconti Castle dates back to 1360. It is an imposing building that was initially conceived as a palace for pleasure and fun, but nevertheless, has several typical castle features such as its moat with drawbridges. The interior of the castle was entirely frescoed and housed a well-stocked library.

Today it is home to the Civic Museums, where interesting collections of eighteenth-century archaeology are kept. The castle also hosts magnificent temporary exhibitions.

The Visconti Castle is not only history, art, and culture, but it is also fun. In its large gardens, events, concerts, and shows are organized throughout the year. The most famous is certainly the event dedicated to gastronomy and wine: Autunno Pavese, which returns year after year in the month of October. 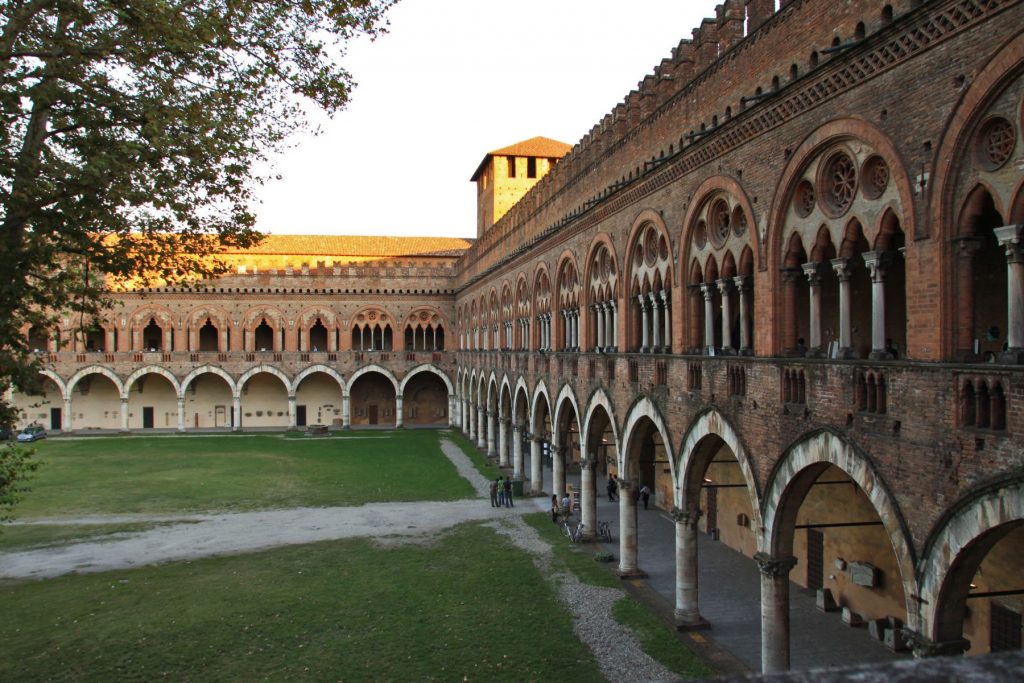 Just a stone’s throw from the Castle, we find the Basilica di San Pietro in Ciel d’Oro (St. Peter’s Basilica in the Golden Sky). It takes its name from the completely golden inner dome. The Basilica is considered one of the most important religious monuments in the historic center of the city. Characterized by a gabled façade, this church conveys a feeling of mysticism like few others.

The focal point of the Basilica is undoubtedly the Ark of Saint Augustine where the remains of St. Augustine of Hippo are kept. This masterpiece made of marble was created in two clearly different styles. This suggests that it was made by two different artists.

The heart of the city of Pavia, both past and present, lies in this square. Today, its porticos are home to numerous shops, restaurants, and cafes and are a gathering place for locals.

The Broletto Palace overlooks this square, and the cupola of the Duomo rises up behind it. It was the equivalent of the city hall from the 11th to the 16th century and is the oldest palace in the Lombardy region.

Just behind Piazza della Vittoria, lies the Cathedral of Pavia. It is an imposing Renaissance building, which has endured a history of extended construction even 500 years after being built. The church was only reopened to the public and the faithful in October 2012. Dedicated to Saint Stephen the Martyr and Saint Mary of the Assumption, the Duomo boasts a 92-meter high octagonal dome. Magnificent sculptures of the twelve apostles are carved out of the wooden pulpit creating the illusion that they are supporting it on their backs.

Also called the “Basilica of the Kings”, because it was the site of many coronations, this magnificent church is a place of both myth and mystery. Even today, scholars of esotericism study and contemplate this basilica because of its highly symbolic decor. This church is worth a visit for sheer curiosity!

Going towards the Ticino River, you’ll come to the famous Ponte Coperto. This bridge is made of five arches, covered by two portals at the ends and a small chapel in the center. The bridge we see today is more recent than you might think because it was rebuilt following the bombings of the Second World War. Although, traces of this characteristic bridge date back to Roman times. It truly is a perfect place to take a nice walk along the Ticino River and if you’re interested in Italian literature, pass by the home of Ugo Foscolo in the historic center. 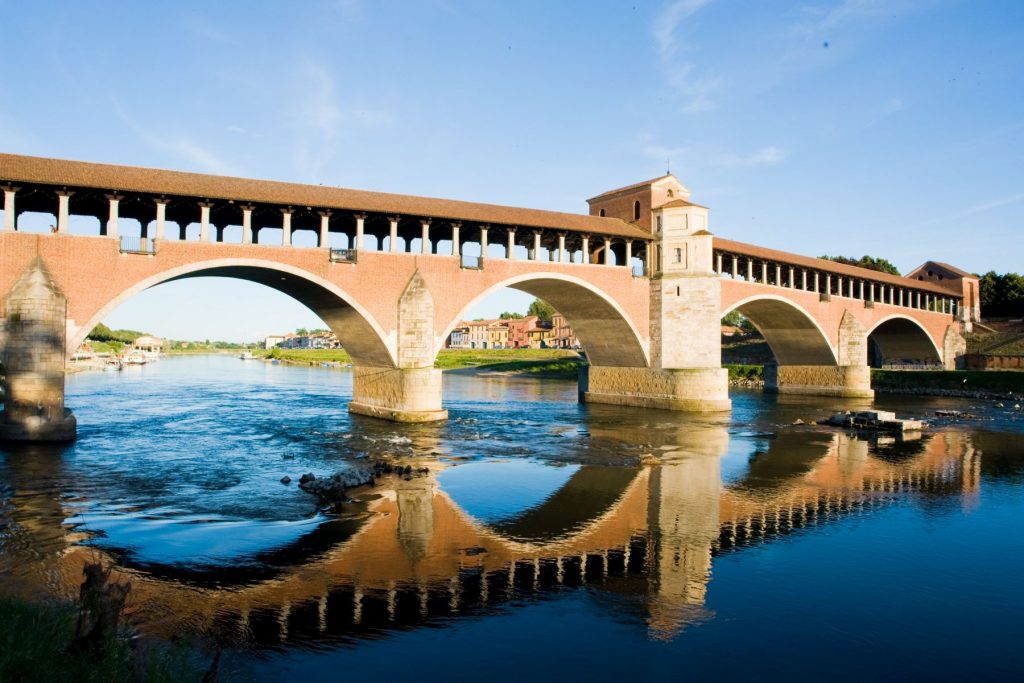 The Carthusian Monastery should also be part of your itinerary when visiting Pavia. Located about 8 kilometers from the center, this wonderful Gothic building is a true architectural masterpiece. From its inception, it has housed a monastery, and even today, the management is entrusted to the Cistercian monks. They offer guided tours and sell homemade goods as well.

For more info, reservations and tickets, visit the official website. 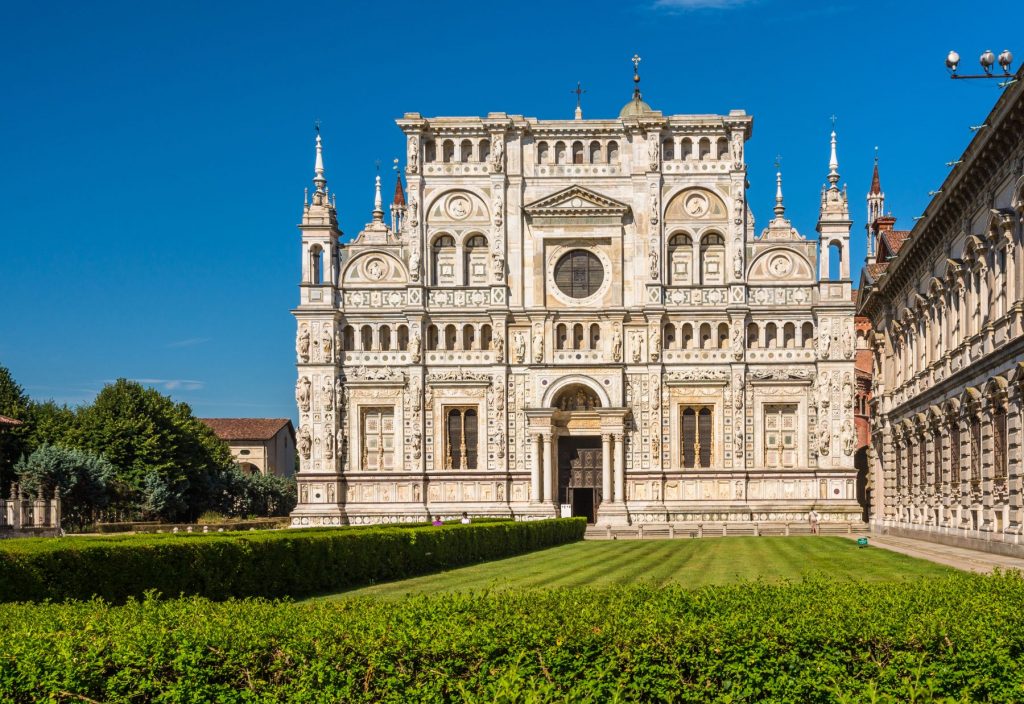 What to Eat in Pavia

Pavese cuisine is rooted in tradition and the surrounding territory. Pork is very popular in this area, and consequently salami and blood sausages. Frog meat and rice are also typical of the Pavia food and wine tradition. If you’re feeling adventurous, try the classic dish risotto alla certosina which is a rice dish invented by the monks and includes the local river fish and frog meat.

Without a doubt, the easiest way to reach Pavia is by car and fortunately, the city center has ample parking spaces. Valid alternatives are also train and bus; the city’s main station is right in the center and the bus service is very well organized. 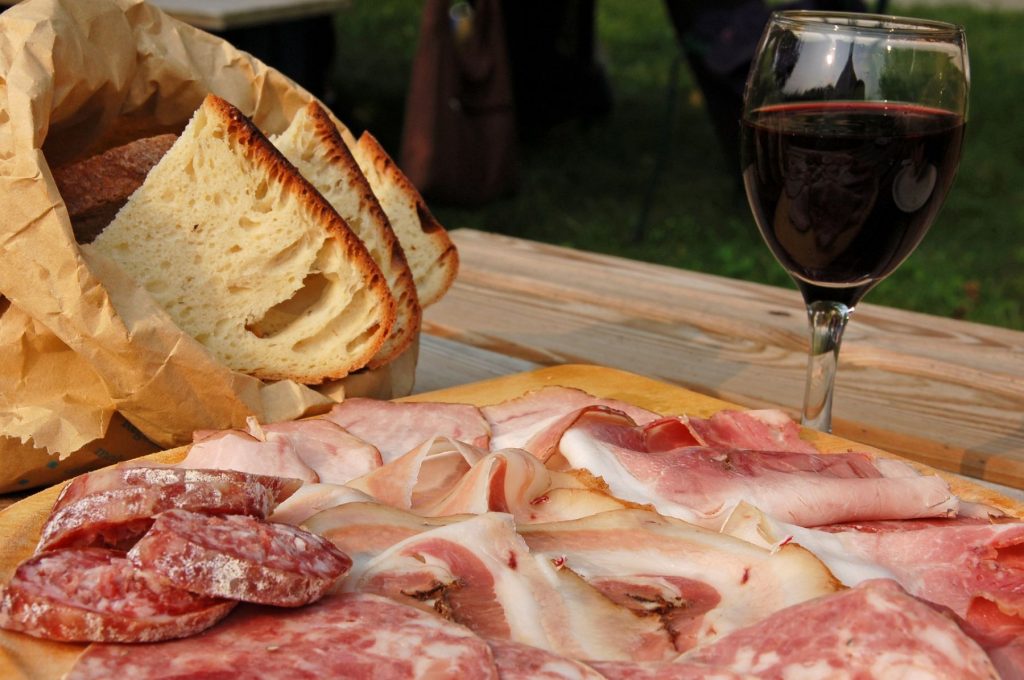 Find out more about this region and its events!
Discover Lombardy!

Post Views: 987
Redattore
Giglio and Giannutri Islands in the Tuscan Archipelago
San Nicola Arcella and the Arcomagno Beach in Calabria