Close to the Heavens: the Madonna della Corona Sanctuary Near Verona

And Italy has done it again. Every time you think you’ve seen the most beautiful place here, it outdoes itself and you realize there’s yet another sight to see even more amazing than the last. The Sanctuary of Madonna della Corona (Sanctuary of Our Lady of the Crown) near Verona is just that. To be honest, it doesn’t matter if you’re Catholic or even religious for that matter- you’ll be in complete awe. 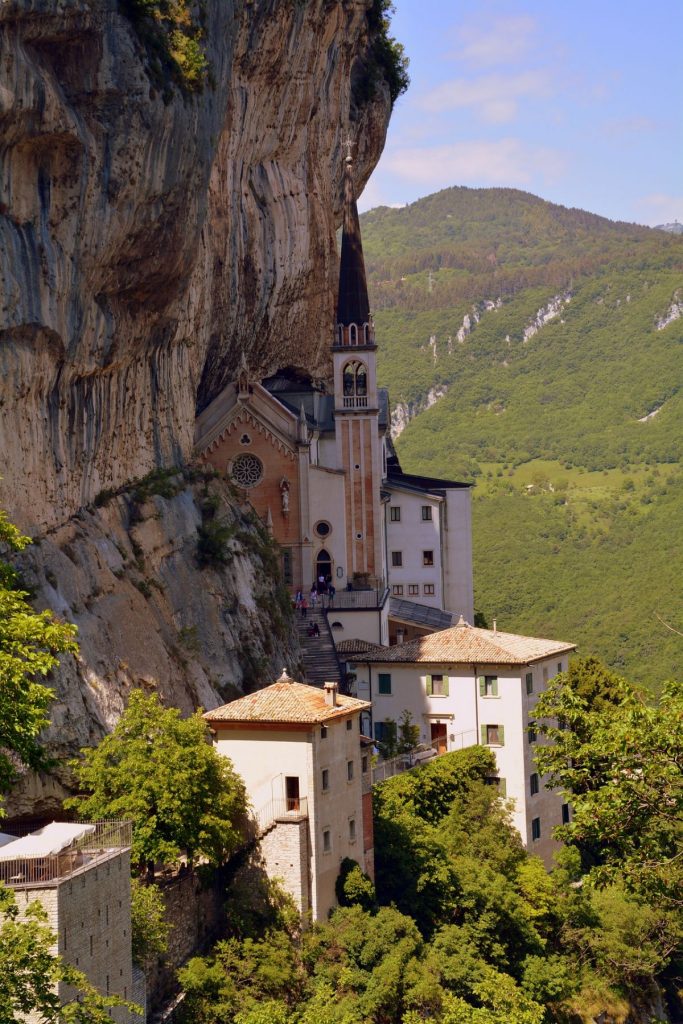 Have you ever heard the phrase “nothing worthwhile ever comes easy”? That could easily be one of the mottoes for some of the most beautiful sites in Italy. Whether it’s elbowing other tourists, waiting in a line for hours, or climbing some 700 meters above sea level (which would be the case of the Sanctuary), good things come to those who persevere.

This architectural marvel was first constructed literally onto the cliff of the Baldo mountains hundreds of years ago. Like so many places in Italy, its history is complicated and there is debate as to the exact dates. It is believed that some kind of shrine existed here as early as the year 1000 and by 1250, there was a monastery. Miraculously, the Our Lady of the Corona statue is said to have made its way here by angelic intervention from Rhodes during the Muslim invasions in 1522. This being said, it is more widely accepted that the painting of Our Lady with Christ Child that dates to the mid-1300s was the first to be venerated in the Sanctuary.

It has been an ongoing labor of love one might say and the current Gothic facade that is seen today was completed in the late 1800s. The bell tower and steeple were completely rebuilt in the 1920s and in the 1970s the church was basically completely reconstructed. One of the most striking features (other than the obvious location) is probably the ex-voto wall which contains 167 testimonies of miracles some dating back as early as the 1500s. 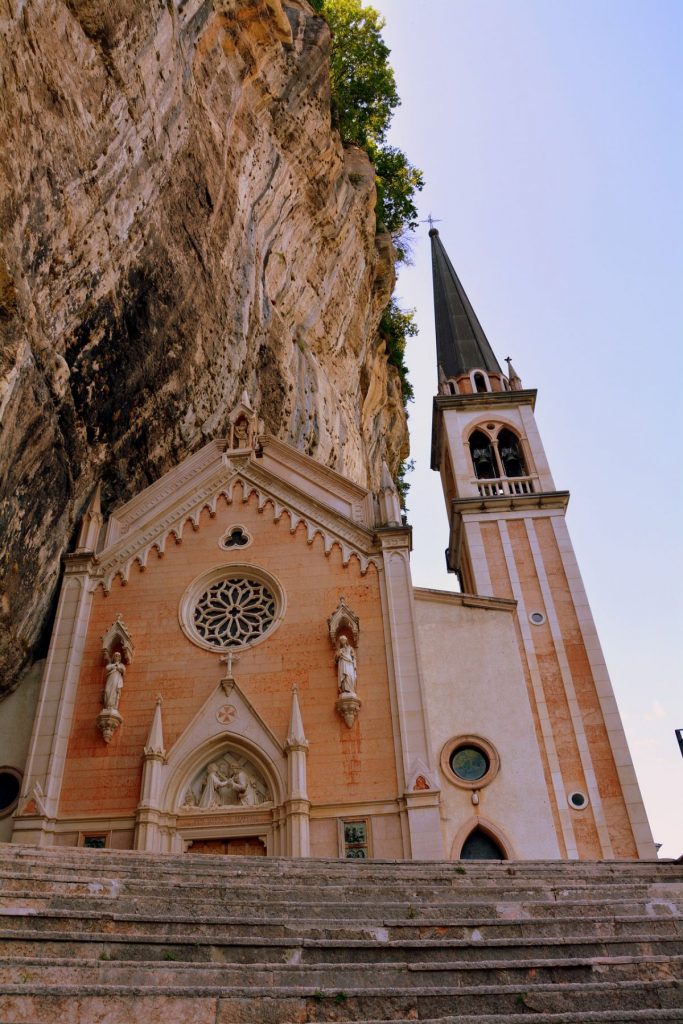 There are a couple of ways to approach your visit. The first is to hike there from nearby Brentino Belluno along the Sentiero della Speranza or the Path of Hope. This is approximately a 2 km, 600-meter climb including about 1,500 steps (as in stairs) although the website has labeled it as “easy”. I guess that is subjective. It’s “easy” if you’re in shape. If you are physically able and you opt for this route, it will surely be the most rewarding as the trail winds through woods, grottos, and even has you crossing a 400-year old bridge (Il Ponte del Tiglio). Remember the motto “nothing worthwhile is ever easy” as you’re huffing and puffing.

You can also almost get all the way up to the Sanctuary by car: Park in the Madonna della Corona parking lot in Spiazzi and from there, it is a 20-minute walk.

This makes a great day trip from Lake Garda, Verona, and even Mantua.

Visit the official website in English for more details as well as opening hours.

Post Views: 716
Redattore
Lake Fusaro and the Casina Vanvitelliana in Bacoli
Summer Events in Lignano Sabbiadoro on the Adriatic Sea