Senigallia and the Conero Riviera

Senigallia, with its iconic Rotonda a Mare pier inaugurated in 1933, is one of the most prized areas of the entire Marche and Adriatic coast. Known for its “velvet” beaches, Senigallia is truly the perfect tourist destination. With 14 km of waterfront, those visiting Senigallia will find all types of bathing establishments. Its beaches are super equipped and also easily accessible for people with disabilities or families with strollers. From the wide walk ways you can get to the beach with total ease! Summer evenings come to life with music, dancing and entertainment at the countless bars, restaurants and clubs of all kinds and for all ages.

Senigallia is not just a seaside resort, but also has a beautiful historic center to visit as well! Its fortress (La Rocca) dates back to the 1500s and was modified to transform it into the noble residence of Cesare Borgia. In recent years, the Rocca has undergone major improvements and today, hosts conferences and art exhibitions throughout the year for its visitors. Near the fortress, you’ll also want to visit the Palazzo del Duca and the Fontana delle Anatre (also known as the Fontana dei Leoni) which date back to the 1500s.

Every year in the month of August, Senigallia hosts one of the most anticipated summer events in Italy. Summer Jamboree is a festival celebrating the 1940’s and 50’s American music and culture which attracts thousands from Italy and beyond. You can boogie-woogie and hop with the best instructors in the world or dress up like the Pink Ladies from Grease. Stroll the waterfront and shop the exclusive vintage markets and savor the flavors and atmosphere of a not so distant past (at least when your point of reference is Italy).

While in the area, why not head south and explore the entire Conero Riviera and its famous Mount Conero? Mount Conero is where the elegance of the sea kisses the harshness of the earth, where the waves disintegrate against its cliffs. This famous promontory is one of the many gems of the coast and pride of the Marche region. It emerges from its own ruins and rises again to immense splendor. 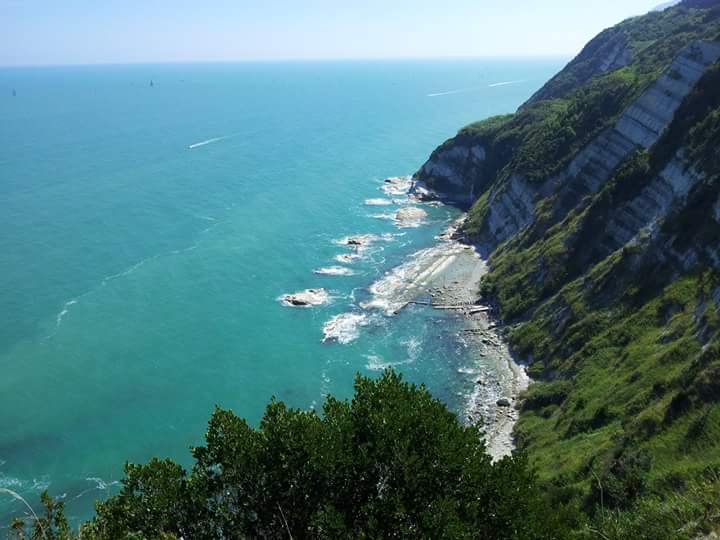 Numana, Marcelli, Sirolo, Ancona (Portonovo), and I would also add Porto Recanati, are among the best beaches to enjoy. Sirolo and Portonovo are the standouts with beaches reachable via various paths (some of which are also inaccessible and very wild). Alternatively, you can reach them by renting a boat in the area of ​​the port of Numana. Nature and photography lovers will surely appreciate the whole area of ​​Portonovo, which offers postcard views. The beaches of Mezzavalle, Sassi Neri, Le Due Sorelle, La Trave, San Michele and Spiaggia Urbani are all also a must! If you have a few days in this area, you will not be disappointed by their breathtaking colors, ranging from blue to emerald green. 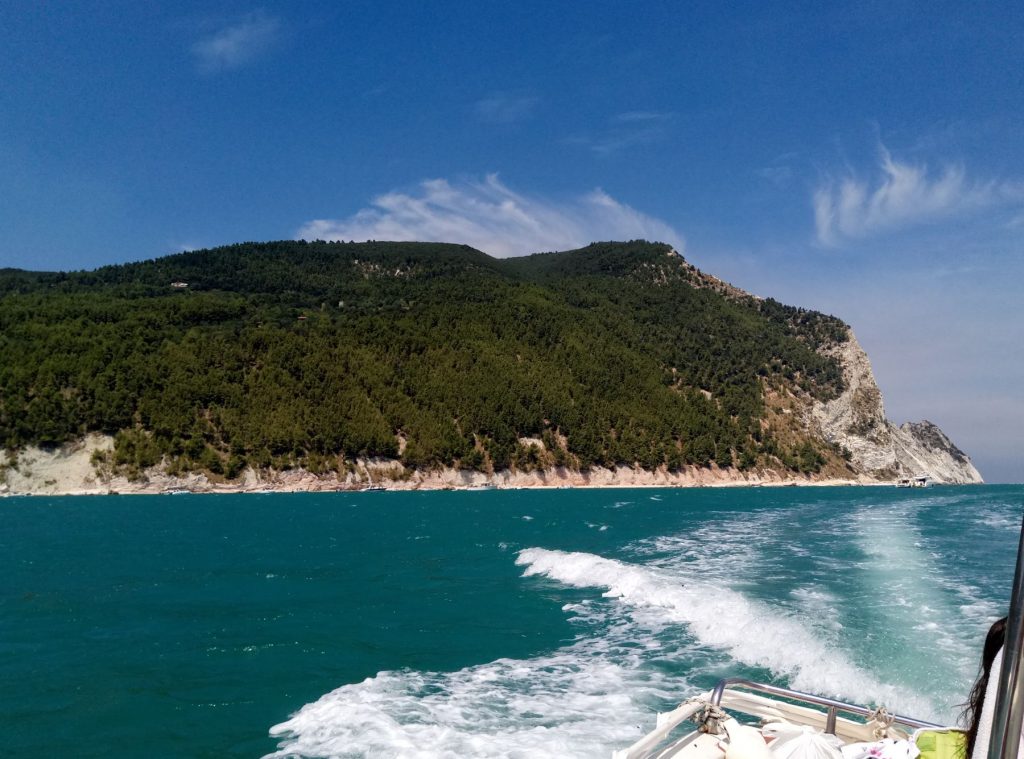 Typical dishes of the coast (and also inland) that you won’t want to miss are Brodetto all’anconitana (fish stew), Vincisgrassi (lasagna), Ciauscolo (salame), Pizza di Formaggio (eaten for breakfast) and pasta with moscioli (wild mussels typical of the coast). Because these particular mussels are native to the rocky, limestone cliffs of the Ancona area, the locals distinguish it from the more common mussel.