The Medieval Hamlet of Corinaldo in the Marches Region

The Marches region of central Italy can often go unnoticed by many visitors but we are about to take you on a discovery of a medieval hamlet that deserves every accolade it has received! We’re talking about Corinaldo in the Ancona province. Let’s find out what makes it so special. 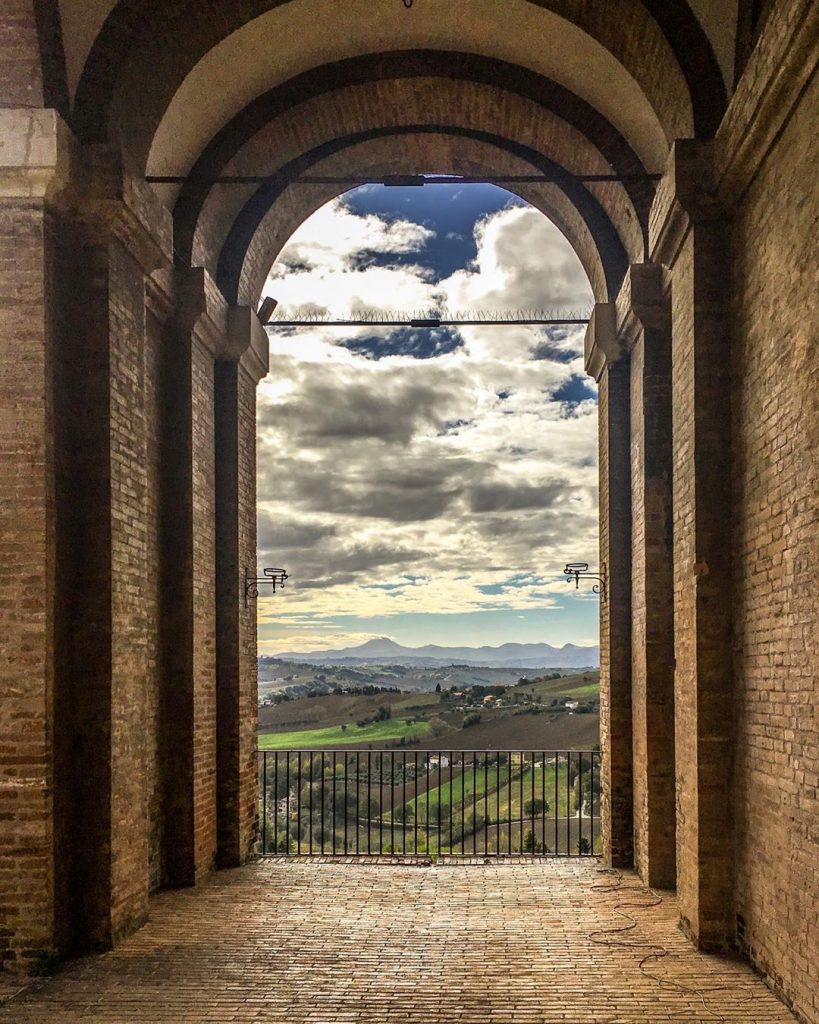 Corinaldo is about 100 km northeast of Assisi and just 20 km from the famous Senigallia beach on the Adriatic. It boasts almost every title that can be awarded to a city in Italy including: “One of the Most Beautiful Villages in Italy“, the Italian Touring Club Orange Flag Award, a European Destination of Excellence, and numerous others.

This hamlet’s striking walls and towers date to the 15th century and are perfectly intact. There are three gates from which to enter: Porta Nova (New Gate), Porta del Mercato (Market Gate), and Porta San Giovanni (Saint John’s Gate).

La Piaggia and the Polenta Well

At the heart of the old town center is the ramp of over 100 steps known as La Piaggia. At about the halfway point, you’ll find another famous landmark, a well known as the Pozzo della 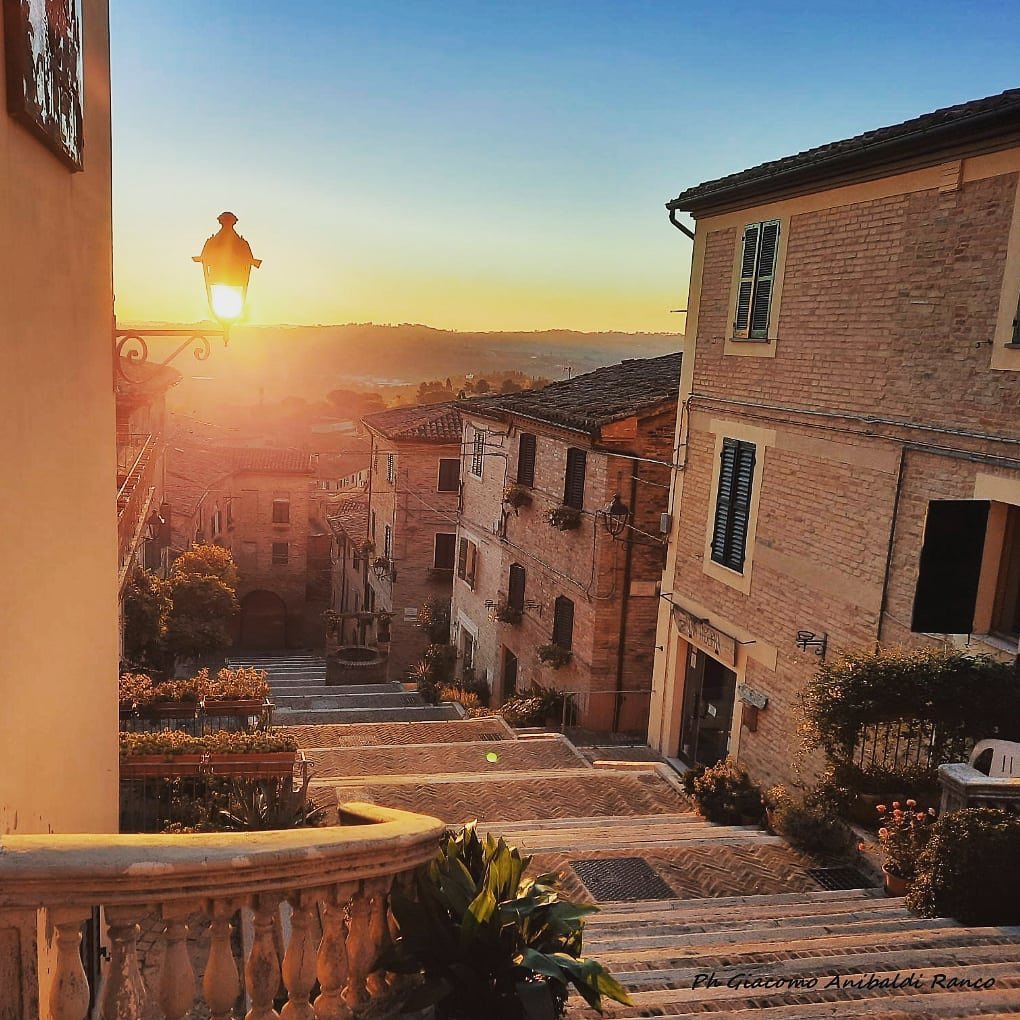 Polenta. Although the well we see today was rebuilt in the 1980s to resemble the original (15th century), it is so important to Corinaldo’s history that it gave birth to a festival. Every July, the legend of the man who dropped his sack of cornflour (polenta) down the well is reinvoked by the locals in full medieval costume.

Another must-see while you’re wandering around is the Casa di Scuretto. Scuretto (whose real name was Gaetano) was the town drunk whose son had emigrated to America. The son would send his father money believing that he was building a house for the family when in reality, he was drinking it away. When the son asked how the house was coming along, Scuretto decided to have just the facade built and sent his son a picture hoping he would think that the house was complete. His son didn’t fall for it and stopped sending money! The facade has a sign on it telling the story and it has become one of the symbols of Corinaldo.

Maria Goretti was born in Corinaldo in 1890 and was viciously attacked at age 11. On her dying bed, she forgave her attacker and the Catholic Church later canonized her as a Saint in 1950. The Maria Goretti Sanctuary holds her relics.

This beautiful theater dates to the 1860s and was built with a mobile stage allowing for theatrical as well as dance and opera. Various performances are held here throughout the year.

Two museums include the C. Ridolfi Civic Art Gallery housed in a former monastery and the Costume Museum which houses the collection of costumes made by local artists for the annual historical reenactment in July.

Pasta dishes include passatelli which is homemade pasta made of breadcrumbs, parmesan cheese, egg, and nutmeg. Polenta is also widely-used. If you like lasagna, then try vincigrassi which is Corinaldo’s 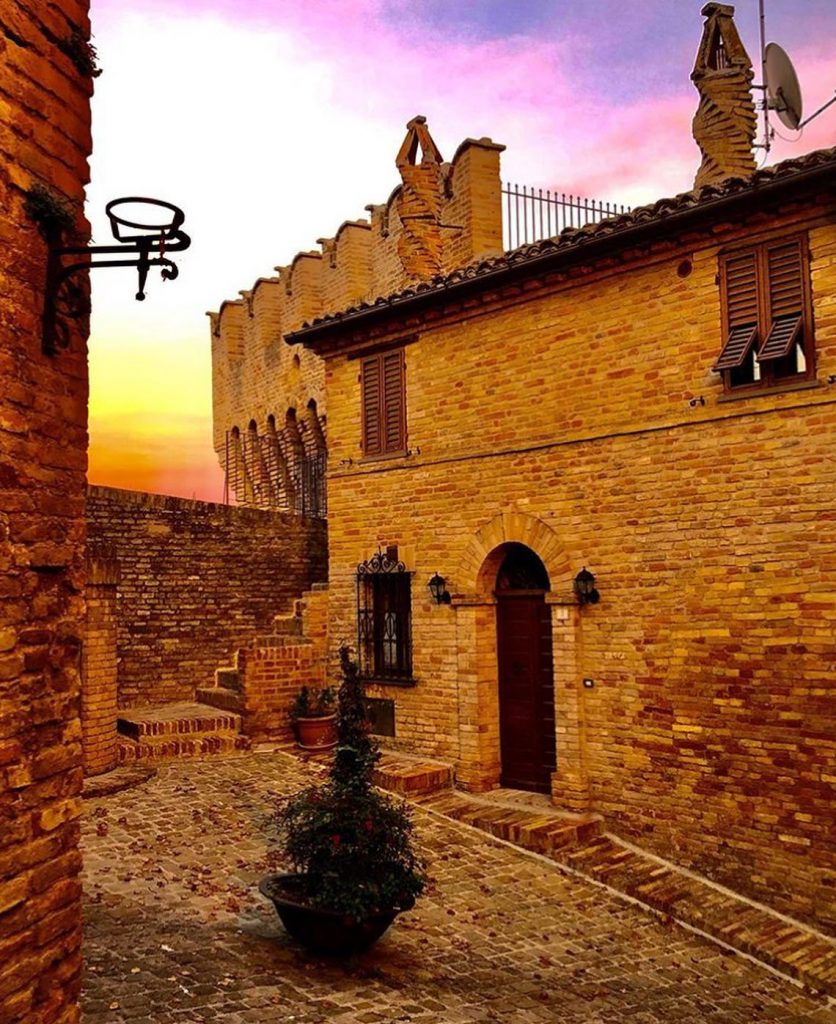 version and includes chicken giblets. Grape must is a staple ingredient from the harvest up until Christmas with desserts such as the pecorelle cookies.

Post Views: 60
Redattore
The Magical City of Bari and the Legend of St. Nicholas
Venosa, Basilicata: a Village Suspended Between Past and Present