Miramare Castle on the Gulf of Trieste

The Gulf of Trieste is a shallow bay that is part of the Adriatic Sea and shared by Croatia, Slovenia, and Italy. Miramare Castle in Grignano is a stunning 19th-century building situated directly on the gulf. This is a beautiful coastline that is often much less crowded than other parts of the peninsula.

Miramare (meaning “look at the sea”) was built between 1856 and 1860 for then Austrian Archduke Ferdinand Maximilian (House of Habsburg) and his wife, Charlotte of Belgium, who would later become Emperor Maximilian I and Empress Charlotte of Mexico. In fact, the castle’s architecture will remind you much more of an Austrian or German castle than one you would find in Italy. 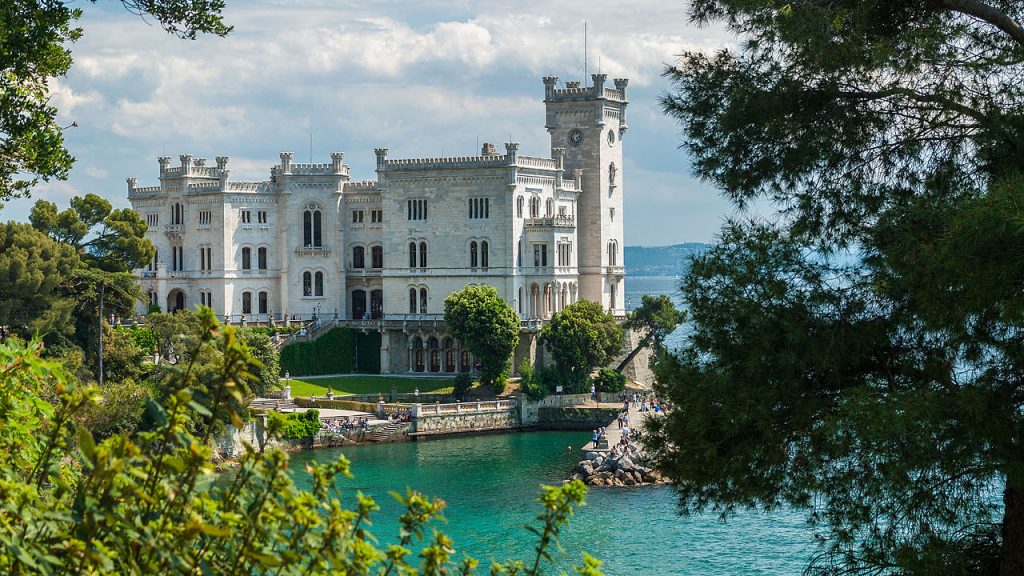 The interior is a tasteful blend of Renaissance, Gothic, and Medieval with the colors reflecting the turquoise sea and the Mediterranean vegetation surrounding the castle. The lower level was dedicated to the living quarters of the Emperor and Empress while the upper level was designed to welcome guests.

Spanning 22 hectares, the castle’s park is breathtaking. The grounds are a combination of English and Italian gardens and the Emperor, who was particularly interested in botany, played a vital role in the design and in importing the many rare species found today.

The building known as the Castelletto (“small castle”) obviously resembles the actual Miramare Castle itself and is now used as a museum. Sadly, Empress Charlotte was locked up here after her return from Mexico due to a nervous breakdown.

You can visit the Castle, Castelletto, the stables, and the garden of Miramare every day. For more information, consult the official website. 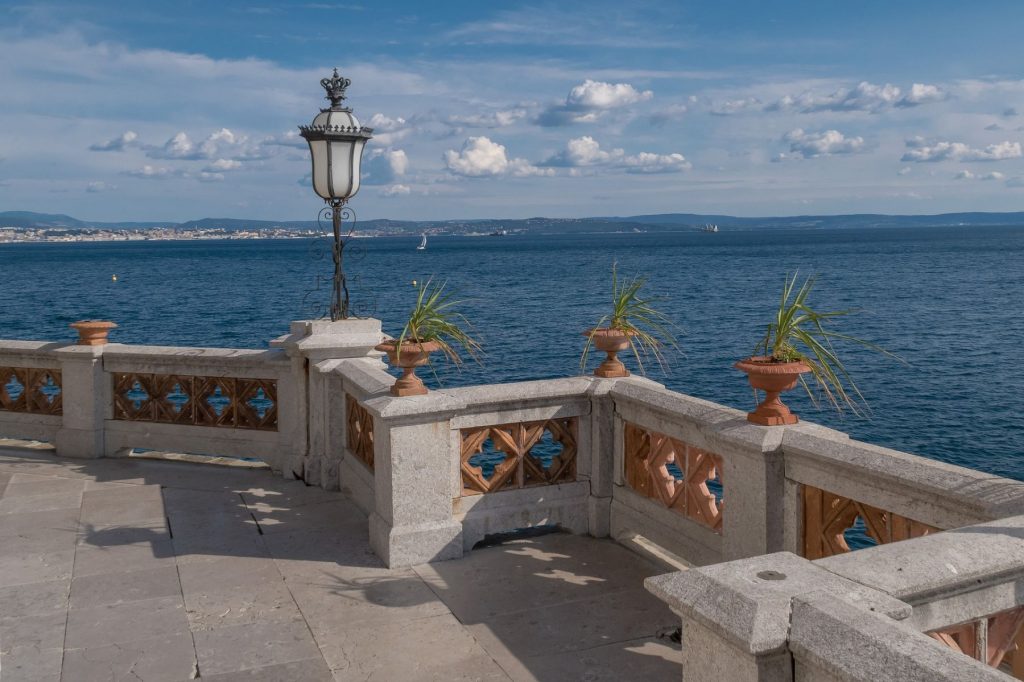 Grignano is just a few kilometers from Trieste. There are two private beaches here named “Grignano 1” and “Grignano 2”. The first is also known as Sirena (a private bathing establishment) and is preferred by families because of its 2 swimming pools. They are also equipped for guests with disabilities. Grignano 2, or Riviera, is located at the foot of the Hotel Riviera and is more exclusive.

Another attraction you won’t want to miss is the Grotta Gigante (in Sgonico) formed of stalactites and stalagmites. It was actually listed in the Guinness Book of World Records in 1995 as being the largest “show cave” in the world.

You can also head down the coast and explore Barcola and Trieste as well. There will be plenty to do and see on your visit!