Modena: What to See in this Northern Italian City

Where can you find the best in Italian luxury vehicles (Ferrari, Lamborghini, Pagani, and Maserati), delicious food, and a beautiful historic center? Modena, of course! In the heart of the Emilia-Romagna region, Modena is located almost exactly between Parma and Bologna. Let’s go!

Modena is a major manufacturing powerhouse and a highly modern city but its old historic center is absolutely stunning. 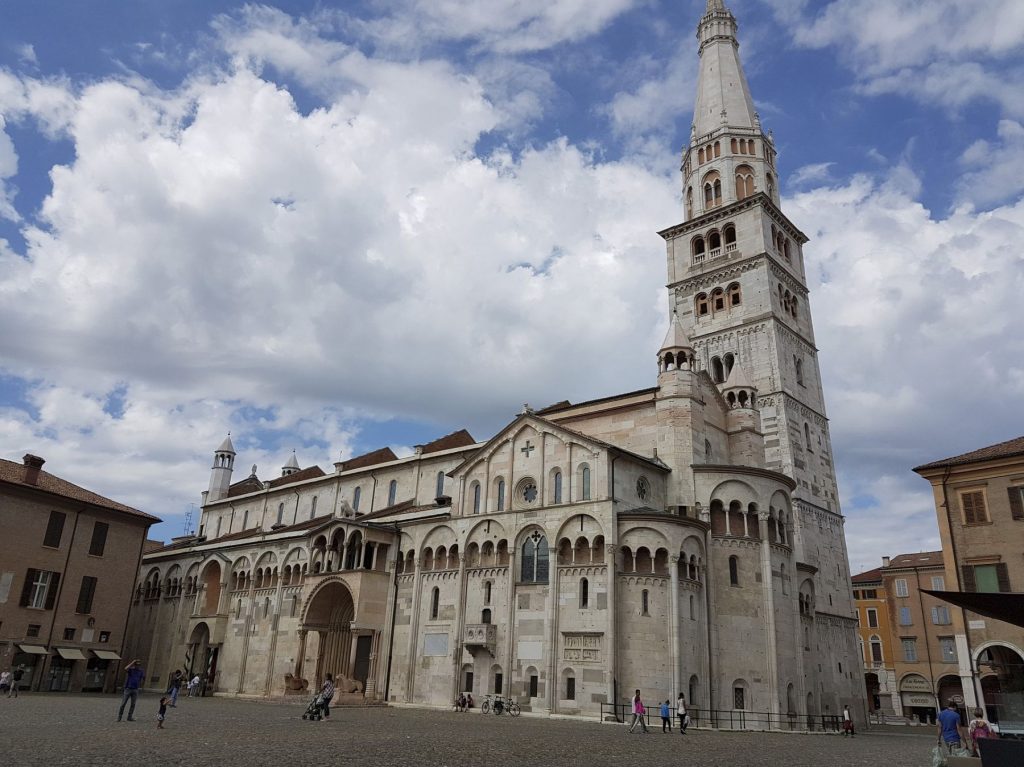 Its cathedral, or Duomo, is located in the heart of town in Piazza Grande which is a UNESCO World Heritage Site. Dedicated to Saint Geminianus, this Romanesque masterpiece dates to the 12th century. Its Porta della Pescheria is intricately carved with scenes about King Arthur, known as Arthurian Legends. 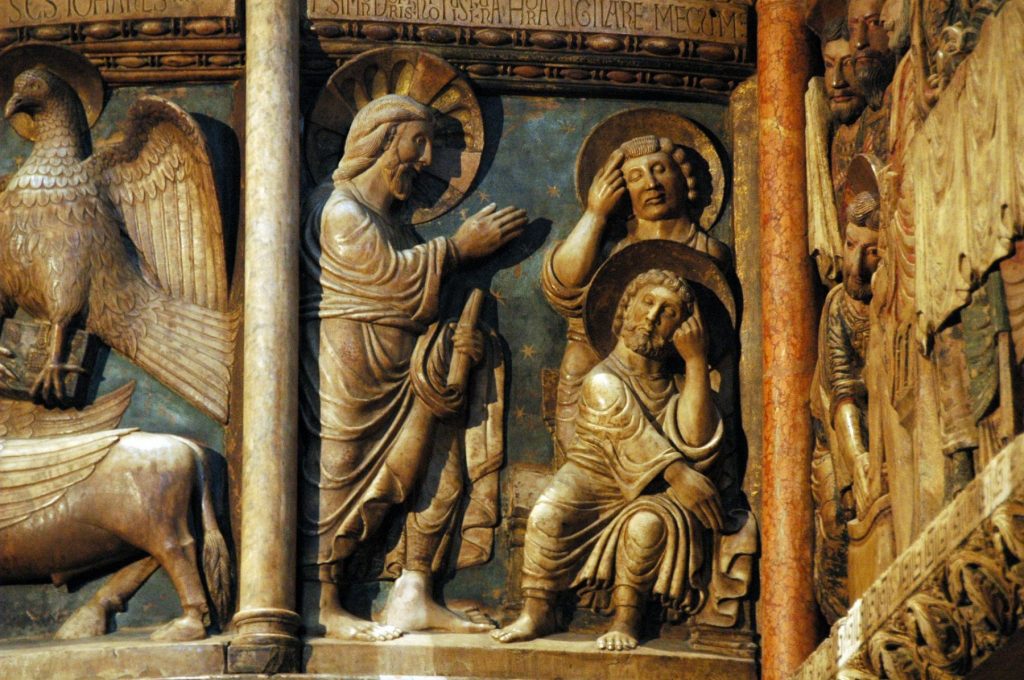 One of the symbols of Modena is the bell tower next to the Duomo named the Ghirlandina. This 90-meter tall tower had a highly functional purpose when it was completed in 1319 which was defending the city. Its six bells date to the Renaissance period. Within the tower, you can visit the famous rooms of the Sala della Secchia Rapita as well as the Stanza dei Torresani.

Very close to Piazza Grande is another major attraction in Modena- the Town Hall. This is a conglomeration of many buildings that have been reinvented over the centuries. The oldest part dates to the 11th century. Its famous clock tower is another symbol of the city. The actual secchia rapita (stolen bucket) is kept inside the Chamber of the Confirmed. It may not seem like much but it was stolen during the Battle of Zappolino from its rival city Bologna and still holds great meaning to this day.

The Ducal Palace is a massive building attributed to the ruling family of the region, the Estes. It dates to the mid-1600s with its completion in the late 1800s. Today, it houses the first military academy in the entire world and a military museum.

Modena is certainly not lacking in museums and one of the most important is right in the heart of the historic center, the Museum Palace. This building houses the Estense Gallery, the Estense University Library, the Civic Museums, as well as many others! You could spend several days here alone but if you only have a couple of days, then the Estense Gallery is probably your best bet.

Car enthusiasts and luxury aficionados delight because Modena is the home of Ferrari. The Enzo Ferrari Museum is located right in the heart of town and a combined ticket also includes the Maranello Museum just outside of Modena.

Maserati enthusiasts will also enjoy the factory and showroom as well as a driving course.

If you’re into classic cars then another highlight for you will be the Umberto Panini Historic Cars and Motorcycle Collection which boasts very rare models.

Pagani was founded more recently but has quickly become synonymous with Italian luxury and design. You can take a guided tour through their factory and ooh and ahh until your heart’s content.

But that’s not all! Visitors can also tour the Lamborghini Museum and factory as well as those of Ducati and Stanguellini. 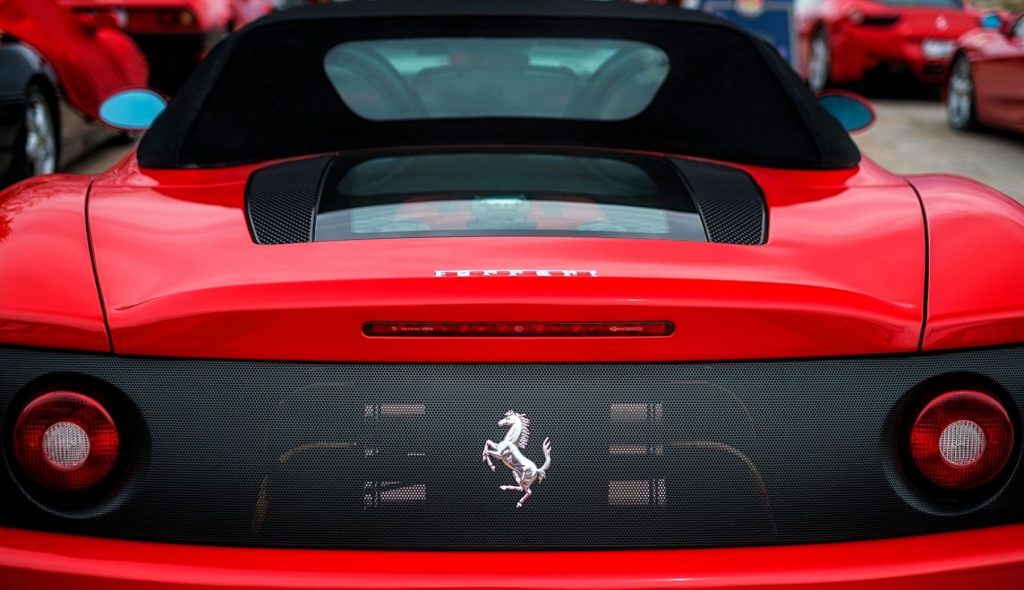 Modena also happens to be the birthplace of the late, great Luciano Pavarotti, and opera buffs will appreciate a visit to his house-museum as well as the theater dedicated to one of the greatest tenors the world has ever known.

Let’s not forget that the Emilia-Romagna region is known throughout the world for its cuisine. Parmigiano Reggiano, balsamic vinegar of Modena, prosciutto of Modena, and Lambrusco of Modena are all protected under special labels that guarantee the origin and quality of the product.

Post Views: 442
Redattore
Among the Gods: Sicily’s Valley of the Temples
The Ancient Etruscan City of Murlo Near Siena