Italy’s Molise Region and the City of Larino

Larino is a city in the Molise region rich in history, culture, and tradition. In fact, it has archaeological evidence dating back to the Romans, Lombards and Renaissance periods. At the time of the Lombards, it was the capital of one of the counties that constituted the Duchy of Benevento, and in the Angevin period, Charles I of Anjou assigned it as a fief to Robert of Cusenza. The Orsini, the Pappacoda and the Di Sangro families succeeded each other in 1683, and held their power until the end of feudalism.

What to See in Larino

The elliptical Roman amphitheater was built at the end of the first century, with four entrances. Roman baths featuring mosaics with geometrical patterns of marine animals and other mythical creatures were built nearby. Another point of interest is the forum with monumental buildings and a republican domus built around an atrium paved with polychrome pebbles.

Among the most important buildings of the historic center is the Cathedral of San Pardo built in the twelfth century which has Gothic features such as the ogival arch. Inside, under the canteen of the high altar, the urn is kept with the remains of San Pardo, patron of Larino.

Walking through the streets of the historic center, there is also a Renaissance building represented by the Cappella dell’Annunziata and the fifteenth-century Church of San Francesco which was later transformed into Baroque style in the eighteenth century. 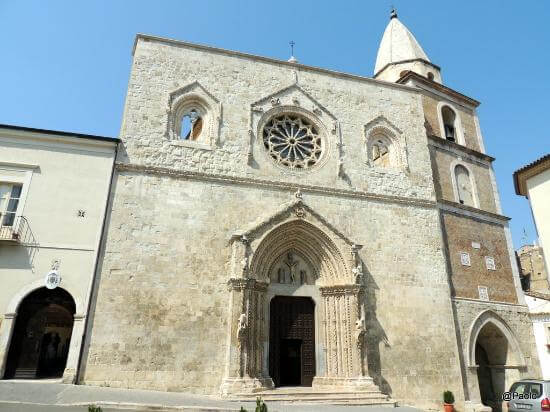 Another building of considerable historical-architectural interest is the Palazzo Ducale, in Renaissance style, built on a medieval structure.  Today it houses the Civic Museum which contains all the most important finds that have been discovered in the territory.

Post Views: 1,809
A. Raucci
What to Do in Venice: St. Mark’s Square and Beyond
Carnival in Venice: the Flight of the Angel and Other Famous Traditions