Montalcino in the Heart of Tuscany’s Val d’Orcia

In the heart of Tuscany’s famous Val d’Orcia lies one of the loveliest hilltop hamlets in the entire region- Montalcino. In recent years, it has become famous for its world-renowned wines, Brunello di Montalcino DOCG, and Rosso di Montalcino DOC. Let’s find out what to see and do in this quintessential Tuscan town. 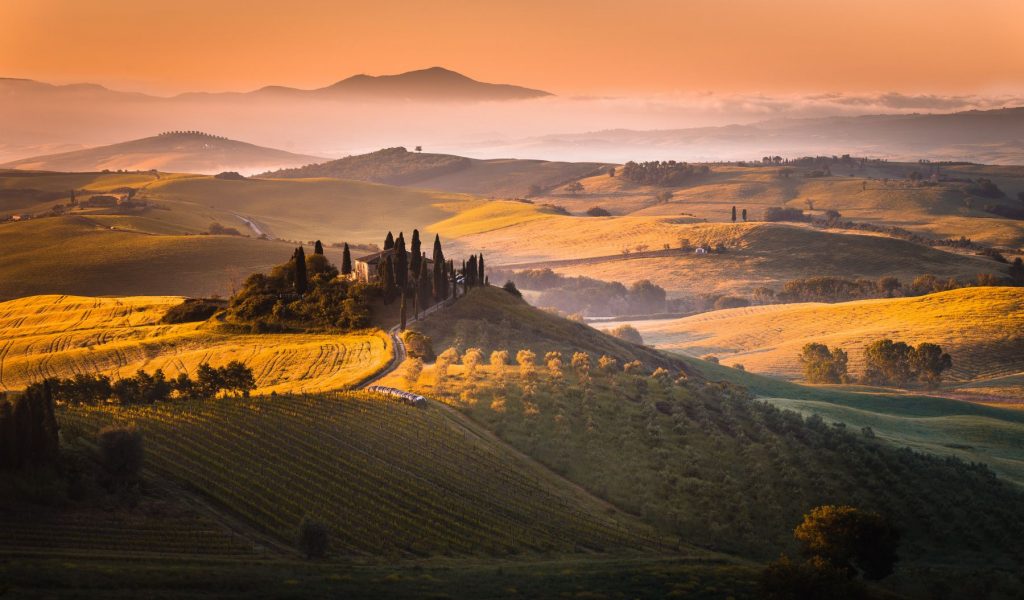 Montalcino is just 40 km from Siena in Tuscany’s Val d’Orcia, one of the most photographed landscapes in the entire world. At almost 600 meters above sea level, the views from Montalcino are exceptionally fabulous.

This is Etruscan territory and the archaeological museum in nearby Murlo holds the famous Murlo Cowboy statue.

Fast-forward to around 800 AD when Montalcino is first mentioned in written records. Initially, it was probably just inhabited by monks but by the tenth century, it was a thriving town known for its leather goods. It had the advantage of also being along the main road between France and Rome, the Via Francigena which is still a popular pilgrim route today.

Montalcino was an independent commune for many years until Siena fell to Florence in 1555. It remained under Florentine rule until the Unification of Italy in 1861. 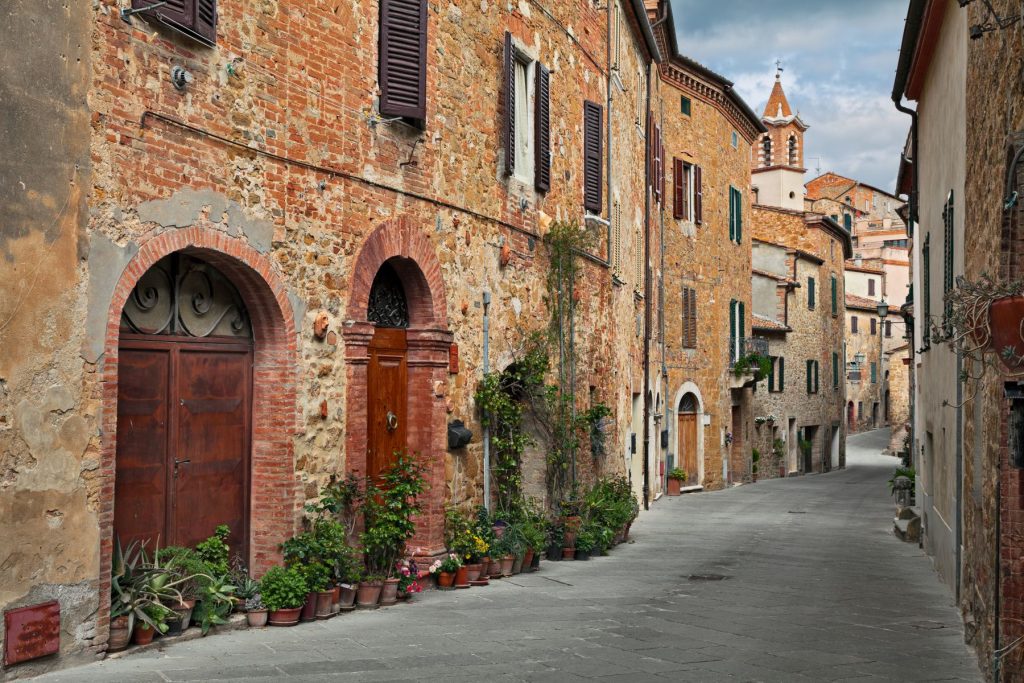 Montalcino’s magnificent pentagonal fortress (built in 1361) sits at the highest point of the town and when visiting, remember that it never fell to either the Sienese or the Florentine forces. The view from here is absolutely breathtaking regardless of the season!

The 13th-century Romanesque Church of Saint Augustine holds beautiful frescoes by the Sienese School. Just adjacent is the convent which is now the diocesan and civic museum of Montalcino which holds numerous pieces of priceless artwork from the Sienese and Della Robbia Schools as well as Lorenzetti.

Every beautiful Italian city has a Duomo and that of Montalcino has quite a story. The original building dedicated to San Salvatore is thought to have dated to the 9th century. The building that we see today was actually completely rebuilt in the 1800s in Neo-Classical style.

Piazza del Popolo is the main square where Palazzo dei Priori (town hall) with its signature tower is located and the 15th-century loggia.

You could easily spend an entire month in this immediate area alone discovering every hilltop town (such as Pienza, Buonconvento, Murlo) and tasting wines from every fabulous vineyard but most of us have to pick and choose.

In our opinion, one of the absolute must-sees is the Abbey of Sant’Antimo just 10 km away. This Benedictine Monastery has a somewhat obscure past in that its exact origins are not officially known. Some scholars believe it was founded by Charlemagne but regardless, parts of what we see today do date to the 9th century. Mass is still celebrated solemnly in the Gregorian Chant and there is also a pharmacy/gift shop with homemade items ranging from soaps to herbal teas that the monks have grown and created. 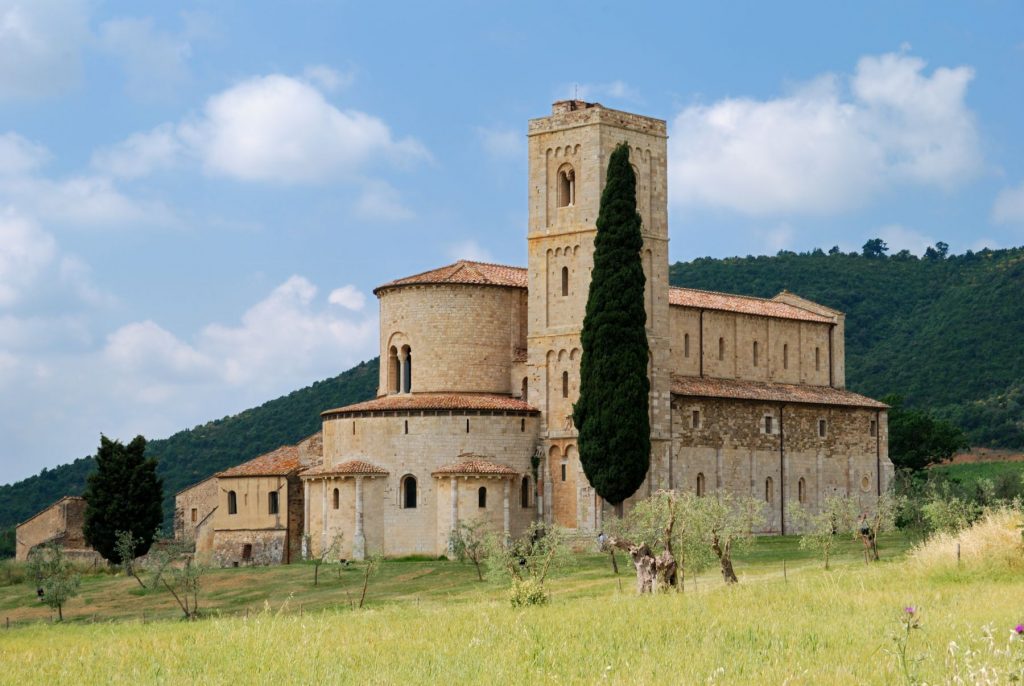 Brunello di Montalcino DOCG was the very first Italian wine to receive the prized DOCG label in 1980. Among some of the stringent requirements, this wine must be produced from Sangiovese grapes within the Montalcino territory and aged in oak barrels for a minimum of 2 years but can be aged anywhere from 10 to 30 years. 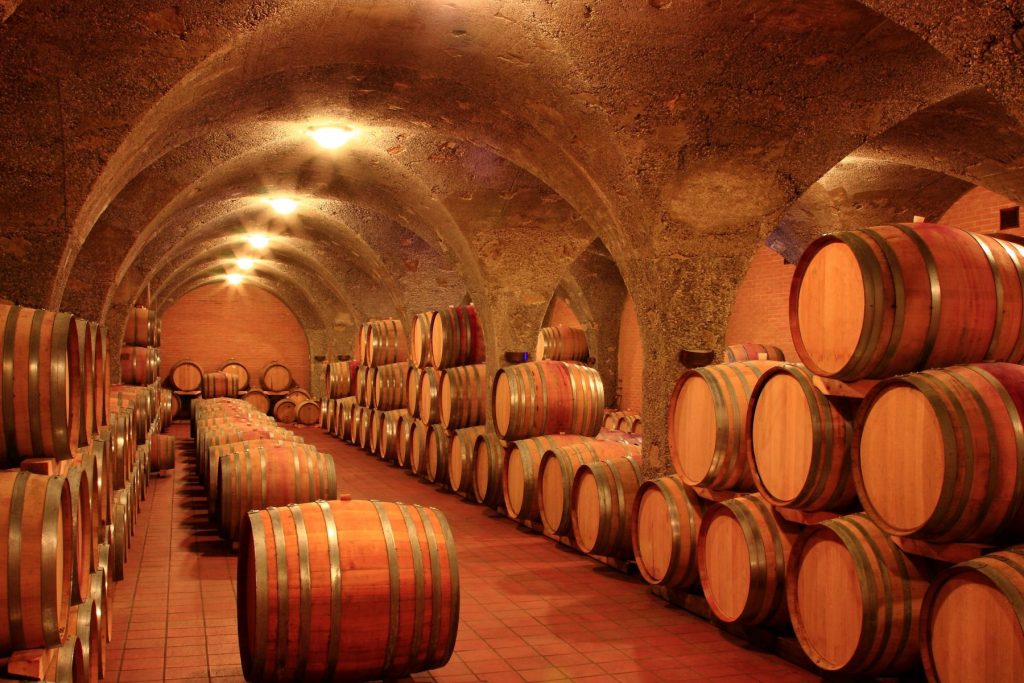