Montefiascone, the “Pearl of Upper Lazio”

Montefiascone is one of the most beautiful towns in Lazio that you have probably never heard of. This ancient Etruscan city sits at about 600 meters above sea level enjoying a breathtaking view of Lake Bolsena and the surrounding landscape known as Tuscia. Just an hour and a half from Rome or about 30 minutes from the Tuscan border, Montefiascone is well worth a day trip, and here’s why! 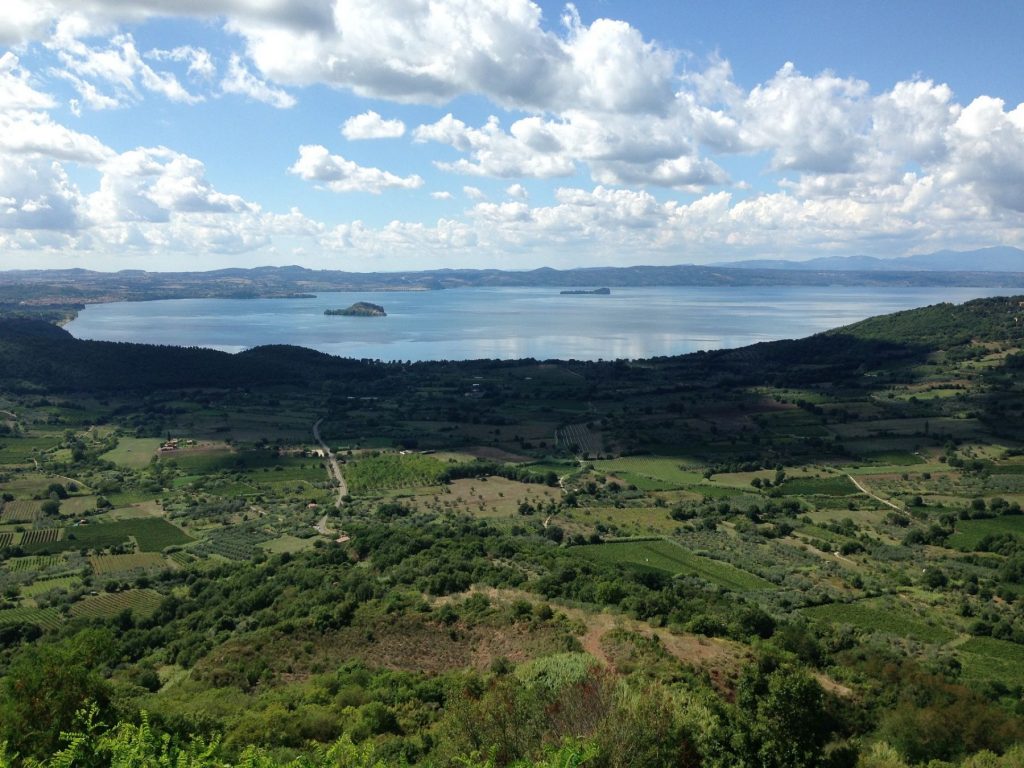 Located on the southern shore of Lake Bolsena, it isn’t hard to imagine why the Etruscans would have settled here. It is believed that it could have been the site of the Fanum Voltumnae, an ancient Etruscan temple. By the early 13th century, Montefiascone is at the height of its power and influence.

Pope Innocent III stayed here for a short time and ordered that the existing fortress be amplified and walled. In fact, it is named the Popes’ Fortress (Rocca dei Papi) because it became the Rector Seat and would later host many papal guests from Avignon. The last additions to the fortress took place in the early 16th century. Today, the fortress is the most panoramic spot in Montefiascone and an absolute must when you visit. From this vantage point you’ll be able to see the Tyrrhenian Sea, the vast plains known as the Maremma, all the way to the Apennines in Umbria. There is also a museum located here dedicated to the famous Florentine architect Antonio da Sangallo il Giovane. 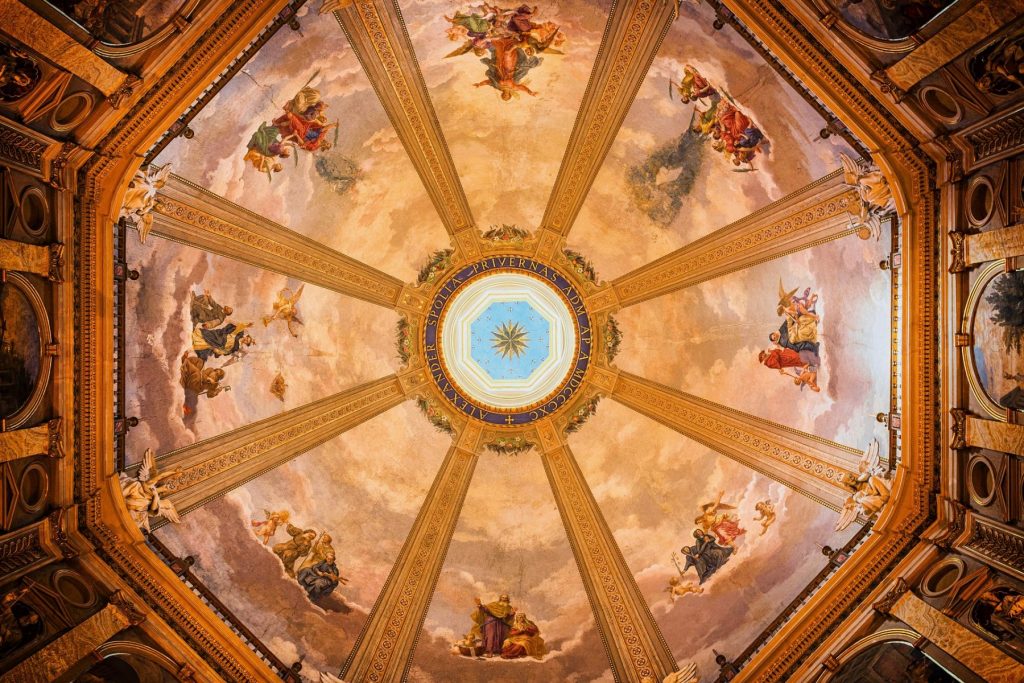 Few people realize that Montefiascone’s Santa Margherita Cathedral holds one of the largest domes (cupola) in all of Italy. Dedicated to the town’s patron saint, Margherita of Antioch, the Cathedral holds her relics in the crypt. Although the original church was likely built as early as 1330, the entire building was destroyed by a fire in the 1600s and had to be completely rebuilt. It was then that its massive 27-meter dome was realized and has since become the symbol of not only the town but of the Viterbo province. The two belltowers that flank the dome were added in the mid-1800s. The frescoed interior is absolutely breathtaking.

The Basilica of San Flaviano is also very significant. This Romanesque church was built in two phases beginning in the 11th century. It was dedicated to the Byzantine martyr Flavio and still holds some of his relics. The entire interior is magnificently frescoed with various scenes from the life of Flavio to St. Catherine. 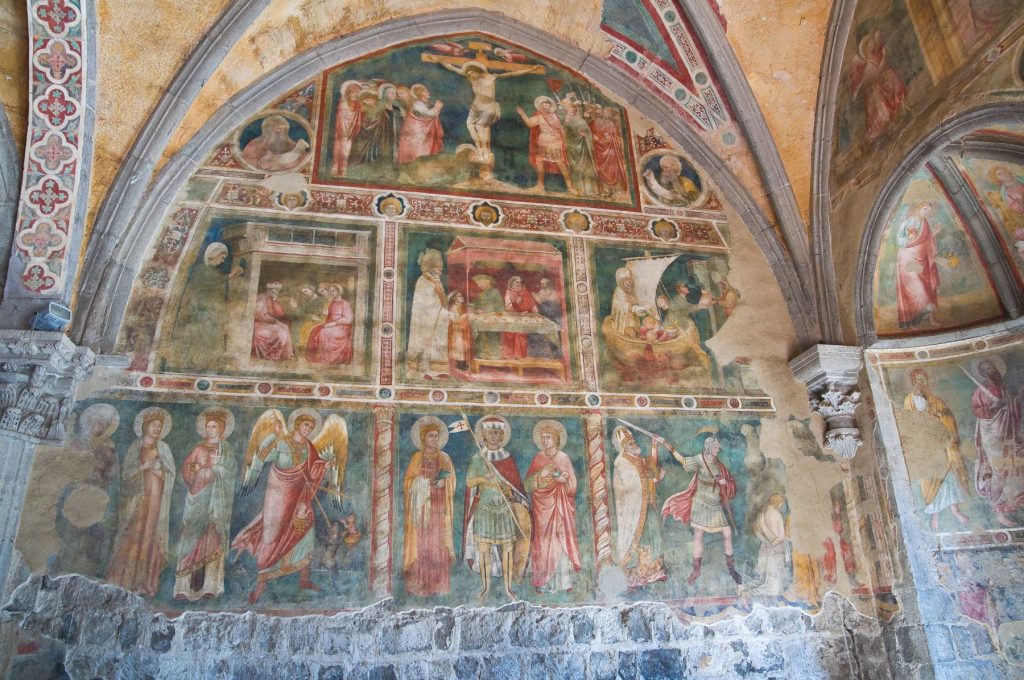 This Basilica is famous for another reason that has also put Montefiascone on the map. You can also see the tomb of a German bishop named Defuk here who traveled extensively and was supposedly a great wine connoisseur. He would have his valet travel ahead of him tasting wine in all the taverns and if he found the wine to be good, he would write Est in Latin near the tavern. If it was excellent, he would write Est Est. Legend has it that Defuk loved the wine in Montefiascone so much that he spent the entire time here basically drunk and ended up dying here. Local wineries have used this fantastic legend on their labels such as Est! Est! Est! a DOC white wine.

Within the historic center, there is the Church of Sant’Andrea likely dating to the 9th century which is the oldest in town.

The Church of Santa Maria of Montedoro is slightly outside of the historic center, but worth your time to see the magnificent Madonna with Child painting by Antonio del Massaro.

The Medieval Church of Santa Maria delle Grazie is also located slightly outside the historic center. It was restored in the 20th century and holds a 13th-century painting of the Our Lady of Grace.

Don’t think for a second that Montefiascone is nothing but churches! The entire historic center is completely charming and the food and wine are superb. Typically, a wine festival is held during the first part of August celebrating its Est! Est! Est! as well as the area’s delicious olive oil.

Montefiascone is also along the ancient Via Francigena (leg 39 and 40) and there are plenty of hiking paths as well as aquatic sports on Lake Bolsena. 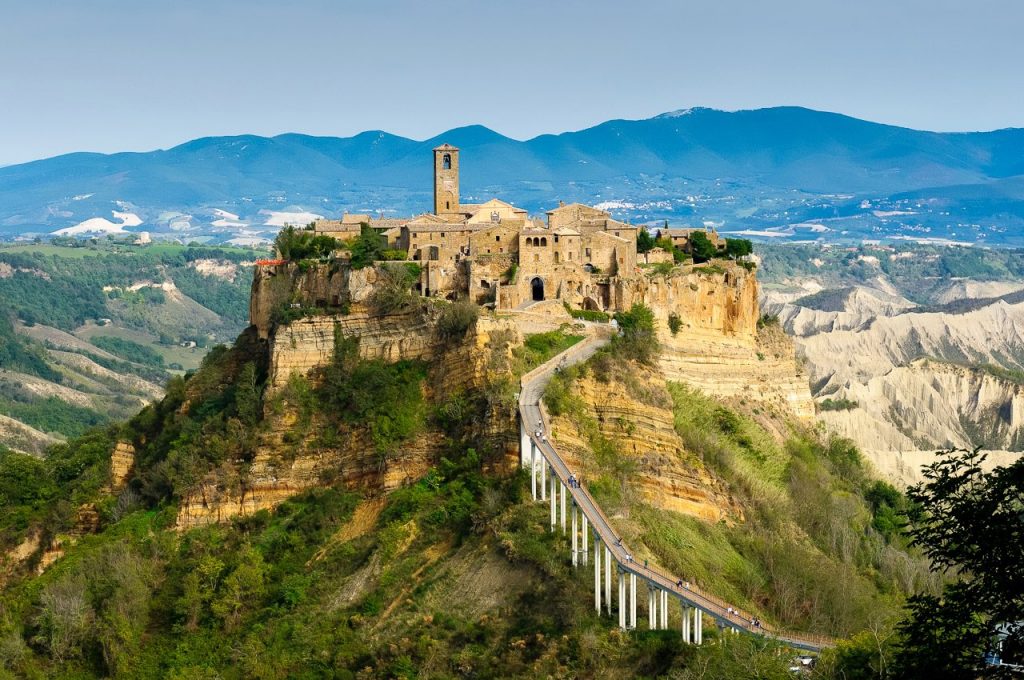 Not to mention from here you are only about 20 minutes away from one of the most photographed villages in all of Italy- Civita di Bagnoregio.

The Saturnia hot springs in Tuscany are also just an hour away.

What are you waiting for?
Book your room at the Fonte del Cerro Hotel in Saturnia

This hotel is located in a strategic area in the Tuscan Maremma and is ideal for visiting all kinds of wonderful places. Furnished in perfect Tuscan style, it is only a few steps from the famous thermal hot springs of Saturnia. A delicious breakfast with homemade Tuscan delicacies (many grown directly on the property’s farm) is always included.