Just 10 km inland from the sparkling blue waters of the Ionian Sea lies one of the most unique “museums” in all of Italy– the Santa Barbara Archeological Environmental Park (or as it’s known in its Italian acronym, MUSABA). Let’s find out what makes this place so interesting and worth a visit! 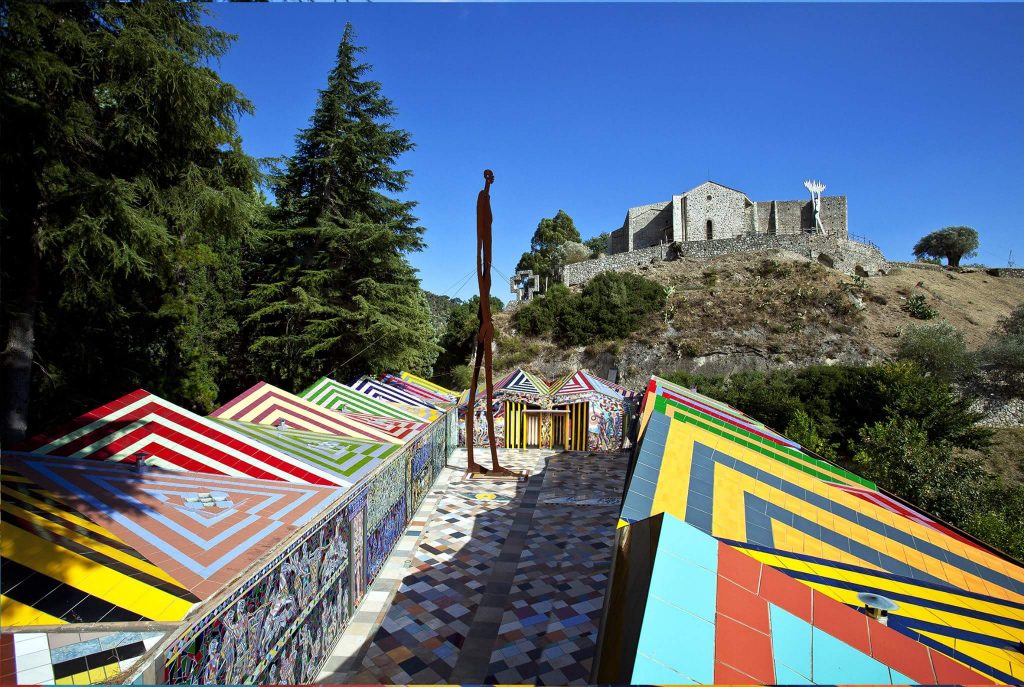 MUSABA is located in Mammola in the Reggio Calabria province on a promontory known as Santa Barbara. Calabria’s unique geography has resulted in it being quite isolated over its millennial history. In fact, the MUSABA park was actually home to a church, and later, a monastery, that dated back to the 4th century AD. Prior to that, archaeological evidence can actually be dated to the 12th century BC. And now, it has come full circle as a home to one of the most innovative modern art spaces in all of Italy. 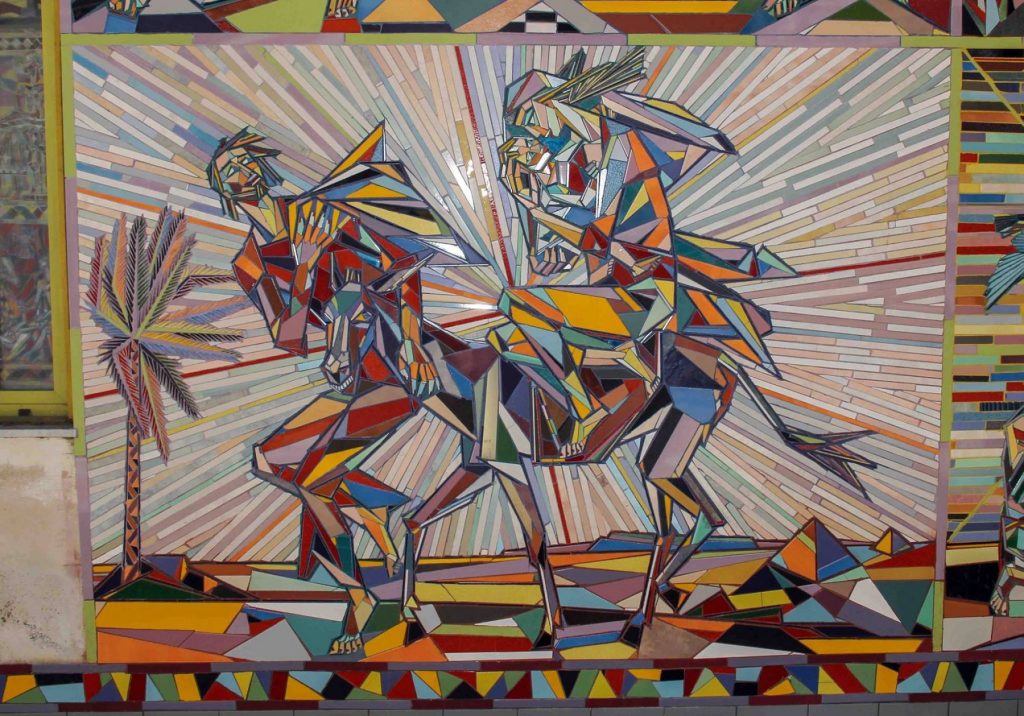 The artistic geniuses and founders behind this project that began in 1969 are Nik Spatari and Hiske Maas. They took over the site which was in complete ruins and with the help of many volunteers and great artists, transformed it into what we see today. 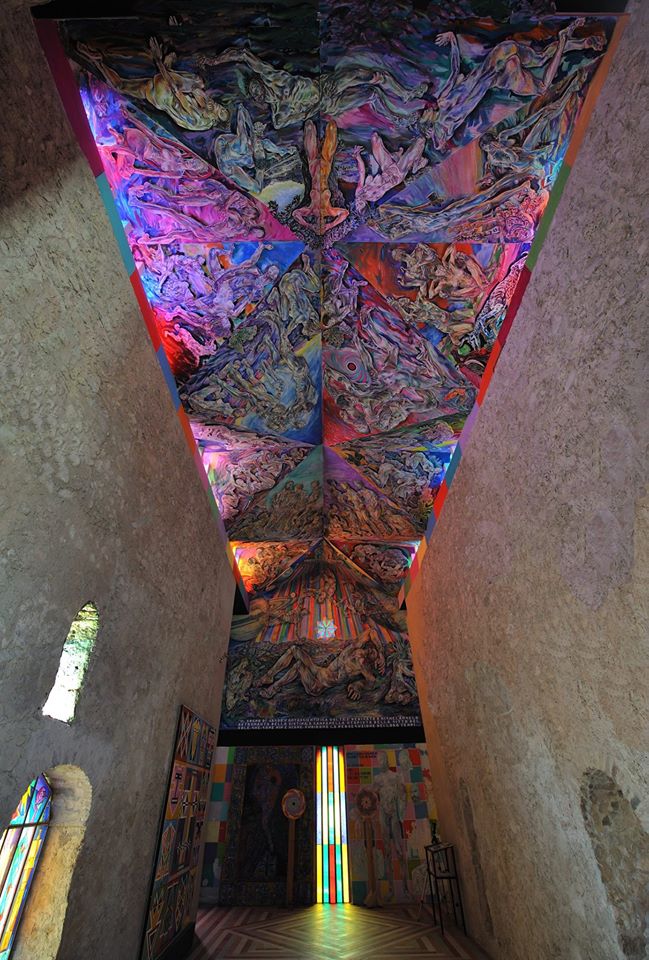 The outdoor space is comprised of over 70,000 square meters that Spatari and Hiske personally worked on and oversaw. Today the park holds hundreds of species of plants and yet maintains the original integrity of the area with olive groves and Mediterranean species.

Spatari, with the help of other international artists, has created numerous pieces that adorn the park making it unlike anywhere else in the world. From giant butterflies bursting with colored glass bottles to a 10-meter mosaic lizard, each one is more amazing than the next.

The 1,000 square meter mosaic in the cloister will take your breath away as will the ceiling referred to as “Jacob’s Dream”. Referred to as the “Calabrian Sistine Chapel”, Spatari created Jacob’s Dream on the ceiling of Santa Barbara almost in his own likeness. He was always fascinated with the biblical figure of Jacob. In addition to the park and the church, on the grounds, you’ll also find a lovely guest house/ hotel bursting with character and color and a gallery containing Spatari’s works over his lifetime. 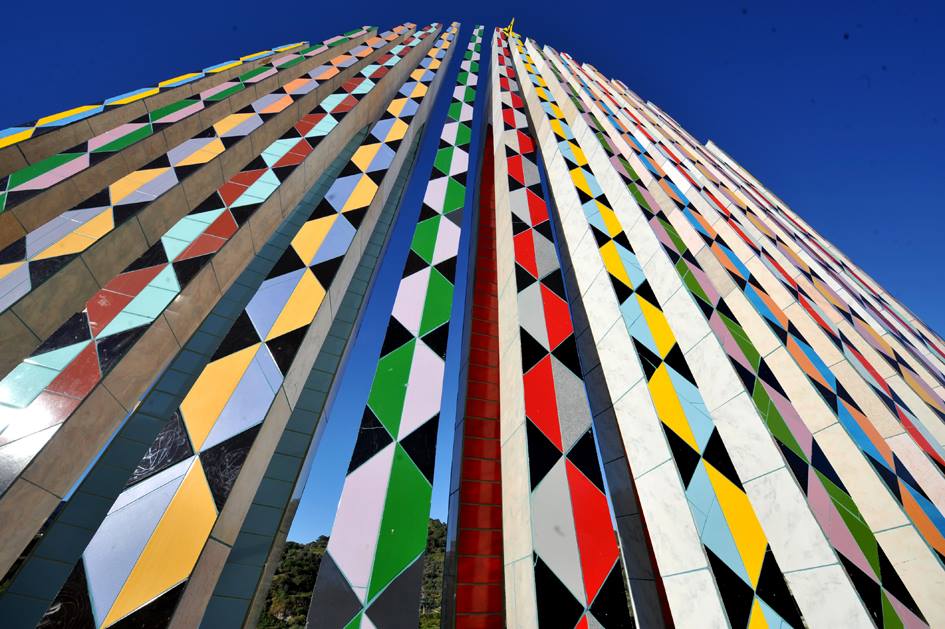 It will be impossible to miss the monstrosity of color known as “Universal Concept” visible from the roadside and signaling that you have found MUSABA.

Spatari and Maas both personally oversee MUSABA and you will most likely find them on the property when you visit.

Open Monday through Friday from 10 am to 2 pm and on the weekends from 10 am to 6 pm. You can buy tickets once you arrive. Make sure to check the official website before your visit.